If there were a recipe that could be applied to David O. Russell’s output of the last few years, it would go something like this: take a group of loosely connected characters, each with their own hang-ups, histories and quirks, and spearhead the group with one or two characters that are both quirkier and more ambitious than the rest. The recipe was applied to cutesy and a bit-too-quirky affect in Silver Linings Playbook, but throwing off the chains of a coherent narrative made for a much more freewheeling and entertaining outcome in American Hustle. And, of course, a generous helping of Jennifer Lawrence has to be thrown in for good measure.

One of the problems with Joy is that the director’s formula is only hinted at and not adhered to. Instead, we’re offered a character study based loosely on the life story of Joy Mangano, the inventor of the Miracle Mop. The messy family home, that was the best thing about Silver Linings Playbook, acts as out way into Joy. Joy is living at home with her TV-obsessed mother (Virginia Madsen), narrating grandmother (Diane Ladd), and two children, while her failed singer ex-husband (Édgar Ramírez) is living in the basement. And it’s not long before he’s forced to share it with Joy’s father (Robert De Niro), who needs somewhere to stay after his latest relationship finally breaks down. It’s a dysfunctional home filled by people who’ve fucked-up and consequently been left disappointed by life. 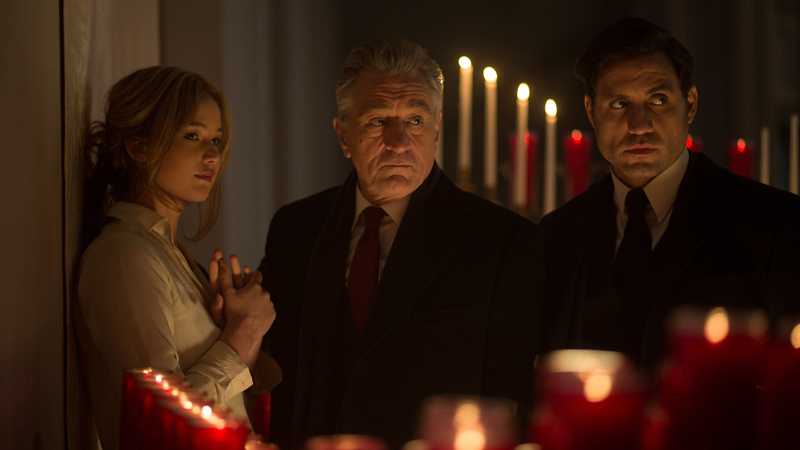 The familial characters play their part, but the rapid-fire scenes of exchange between Joy’s separated parents are never returned to after the first time we see them in a room together. The tension between Joy’s ex in the basement and her father is dropped. This would not be a huge problem if the character of Joy was given enough depth to sustain a film, but she’s not. Before long, Joy has invented the mop and hits a few hurdles. None of the stores in the local area will stock it, and there are some problems with the patent. But prior to all that, Rudy’s new partner, Trudy (Isabella Rossellini), emerges on the scene. It’s her money that will get the self-wringing mop off the ground, providing Joy can answer four questions left to Trudy by her rich widow, whose money she now guards devoutly. When she does give Joy the money she needs, she’s not the fairy godmother of the tale. Demanding a return on her investment and constantly at conflict with Joy, she’s more the evil stepmother. Though it would have been nice to see more of the stand-offs between her and Joy. This surely would have had great comedic potential, as demonstrated by the earlier scenes between them. Like much else, it’s dropped to focus on Joy.

With no way to make money from her mop, Joy is on the verge of giving up. Luckily, her ex, no longer living in the basement, is on hand to set up a meeting with someone at the newly established TV station, QVC. This leads to a boardroom demonstration in front of Neil Walker (Bradly Cooper). Neil is a man who sees himself as a descendent of the great Hollywood studio bosses like David O. Selznick and Jack Warner… and it’s him that puts the mop on air. 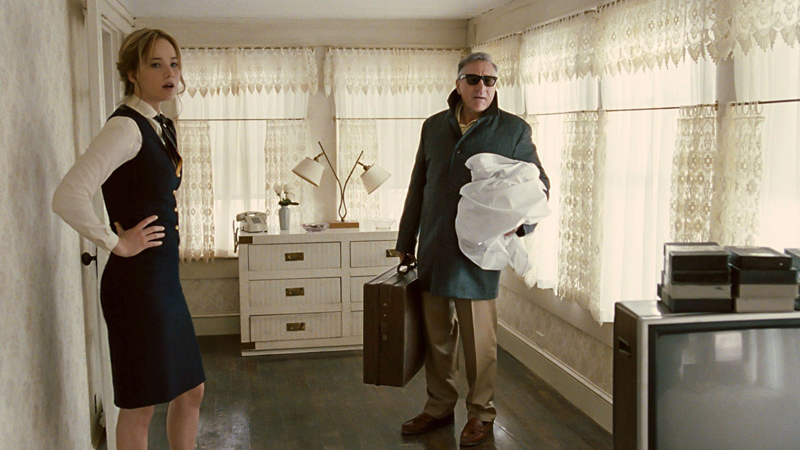 In the end, Russell seems to have made a film with both too much plot and yet not enough. It’s not as freeform as American Hustle; yet it feels the need to tack on a rushed postscript to run through what happened next. It’s as if he ran out of time so had to wrap it up abruptly at the end in a way that is wholly unsatisfying and, even worse, unnecessary. It’s not often you are left praying for a director to be a little more self-indulgent. But when you know that messiness is what Russell does best, it’s frustrating to watch a film of his that, for lengths, is so devoid of fun. 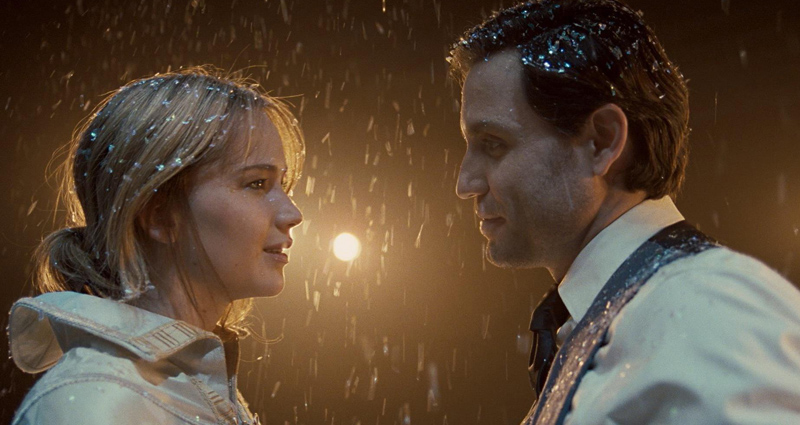 Before the film starts, Russell is keen to tell us that this is a story about the strength of one particular woman. But that doesn’t become true just because David O. Russell tells us it is. If the film was successful in fulfilling all of its promise, maybe the director wouldn’t have been compelled to insert such an intertitle in the first place. But the disconcertingly unspoken reliance on and yearning for Neil that Joy’s character is demonstrated as having undermine any claim the film might have had to be an unconventional female character study. It’s not so much that Neil is an object of desire that’s a problem; the problem is that it’s all so ambiguous and never much more than hinted at. If this was important, it could have made an interesting strand to the film. And if it’s not important, why leave it lingering at all?

That’s not to say that there’s nothing the film does well. Through the trials and tribulations of Joy, Russell is able to explore the crossover between the world of business and organised crime. Some of the plot details are played out in giddily screwball style, too. When Joy meets the shady man that manufactures parts for her mop, she slips through a hole in the wall to discover the dirty truth hiding on the other side. Touches like this, as well as the often messy mash up of genres, from comedy to thriller to woman’s picture, make the time fly by. Joy is by no means a disaster, and the director has made far worse films in the past, but what it is is a regrettable and deficient disappointment.