How long will the honeymoon period at Davis & Main last for Jimmy McGill (Bob Odenkirk), who’s more of a lone wolf than a company man? We’re definitely heading for an acrimonious divorce (spoiler, for the 0.09% of viewers who haven’t seen Breaking Bad), and the tension could become unbearable if “Amarillo” is anything to go by.

Jimmy’s a gifted lawyer, but he doesn’t go by-the-book—a professional decision that has undoubted benefits, but will one day come back to bite him. In the opening of “Amarillo” we see Jimmy’s soliciting a coach full of old folk (a big no-no that can get you disbarred), but Davis & Main’s CEO Clifford (Ed Begley, Jr.) is blissfully unaware and too delighted by the extra clients in the Sandpiper lawsuit that his new boy’s bringing into the firm. Chuck (Michael McKean), of course, suspects his little brother of taking shortcuts, and is the only person who thinks to openly prod Jimmy for specifics about his amazing success. 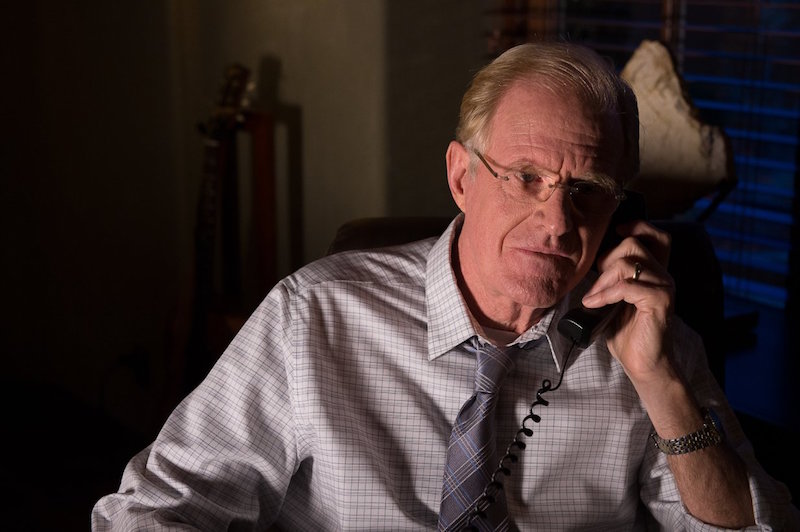 Interestingly, now that Kim (Rhea Seehorn) has become more aware of Jimmy’s cavalier approach to legal matters, in early scenes it’s obvious she’s beginning to side with Chuck—refusing to reciprocate when, this week, it’s Jimmy who tries to instigate some under-the-table footsie. It’s not Jimmy’s destiny to leave Davis & Main and HHM, to walk his own criminal path as an attorney-at-law, but emotional fireworks are clearly being primed to go off—causing an irrevocable split with his girlfriend (the only person who’s ever believed in him), and the vindication of his brother (the one person who should believe in him, but never can).

But for a short time in “Amarillo”, Jimmy was on a roll. He wisely decided to stop soliciting clients to keep Kim happy, which paid dividends in his above-board idea to create a Davis & Main commercial to play during a Murder, She Wrote ad break—reaching hundreds of aged eyeballs in thirty-seconds, bypassing any chance that Sandpiper’s staff are blocking his mail drops. The advert, featuring Mrs Strauss (Carol Herman) from season 1, wasn’t even that bad—suggesting Jimmy’s taste either goes haywire once he starts working for himself again, or those two film students ditch him. Surprisingly, the commercial was of decent quality, got the important message across, struck the right tone for its intended audience, and even impressed Kim. Most importantly, the ‘Who Stole My Nest Egg?’ tape worked a treat, as over a hundred calls from new clients were logged the day it aired.

Unfortunately, Jimmy’s subconscious desire to do this his way, without running things past his superiors, appear to have dealt him a blow. Cliff wasn’t happy to hear that an advert with his company’s name on it has been broadcast, without the partners being consulted, and Jimmy’s going to have to answer for his recklessness in the morning. My only question is: was the advert’s content in any way damaging to the firm? It seems fine to me, and Kim didn’t raise any issues, but is Jimmy about to be brought down a peg or two for something he overlooked? Or will Cliff grudgingly admit the advert’s fine, and did the job, but Jimmy will nevertheless get his first dressing down? 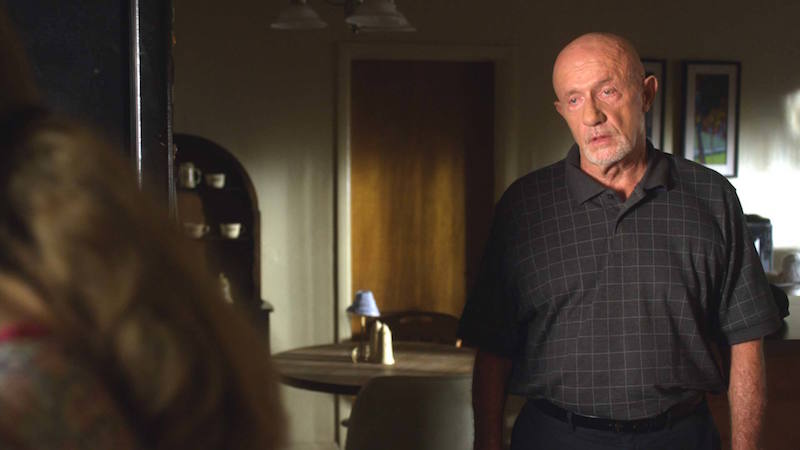 So what’d I miss? Anything blow up yet?—Jimmy McGill

The supporting storyline of “Amarillo” belonged to Mike (Jonathan Banks), who continues to demonstrate he’s the most dedicated and safeguarding grandfather who ever lived. Here, Mike’s daughter-in-law Stacey (Kerry Condon) unsettled him with a story of being awoken during the night by gunshots, prompting Mike to surveil their house all night—before deducing the neighbourhood’s safe enough, and Stacey was perhaps imagining the sounds. Stacey wasn’t having any of it, however, later showing Mike a mark on the corner of her house caused by a bullet—which seemed more like evidence Stacey’s paranoid. Nevertheless, Mike isn’t one to take risks with his granddaughter’s safety, so he decided to take a “next-level job for next-level” pay and move his family to a better part of town. This resulted in another visit to his shady vet (Joe DeRosa) with underground connections—and it turns out Nacho (Michael Mando) needs Mike’s help eliminating someone. A competitor, one imagines.

Better Call Saul is certainly easing back on the throttle this season, but I’ve always enjoyed how this show takes its sweet time. It’s interesting to see how Jimmy is able to thrive in a place like David & Main (even after adjusting his game plan to please Kim), although he just can’t quite bring himself to dot all the i’s and cross the t’s. It wouldn’t have been too much for Jimmy to put his advert VHS tape under the nose of Cliff, but excitable single-mindedness got the better of him. I doubt Jimmy’s going to be fired, for one relatively minor mistake, but this faux pas was clearly the first sign of bigger trouble to come. The thought of Chuck looking smug once Jimmy’s given the sack actually makes me feel sick.

Mike’s storyline is less easy to predict. He’s not the main character of this show, and his circumstances during Breaking Bad aren’t vastly different to anything we’re seeing in this prequel series. With him, we’re essentially getting enjoyable storylines that take place in a milieu more familiar to fans of the previous show—to appease those viewers less keen on an amusing legal drama, who prefer imposing gangsters, late-night meetings in dark warehouses, and the threat of violence. But seeing how Mike and Jimmy’s different lives will intersect, for an enduring partnership, is a key part of the fun.