Before I took a deeper interest in how films were made, and who was making them, as a child I would often anything “produced by Steven Spielberg” came directly from the man behind Raiders of the Lost Ark (1981) and E.T: The Extra-Terrestrial (1983). That encompasses the Amblin Entertainment releases of Joe Dante’s Gremlins (1984), Robert Zemeckis’s Back to the Future (1985), and Richard Donner’s The Goonies (1985). They have a similar aesthetic and family-friendly vibe, so it was an easy mistake to make, and I still have great affection for what Amblin were putting out — particularly until Jurassic Park (1993). That era really helped define a lot of my taste in cinema.

I’d forgotten just how good Innerspace is. It was always a favourite of mine, but 30 years after its release I was braced for the humour to feel old-fashioned and the F/X to look terrible, but it’s held up astonishingly well. The sequences set inside the human body (which deservedly won the Academy Award for Best Visual Effects that year) are particularly great, and I still don’t entirely understand how they were achieved in a pre-digital world. It looks like they built practical representations of blood vessels, ear canals, retinas, and whatnot, which has prevented so much of the work from looking dates. You can pick fault with the odd compositing effect, but there are very few, and for the most part Innerspace remains a technical marvel. 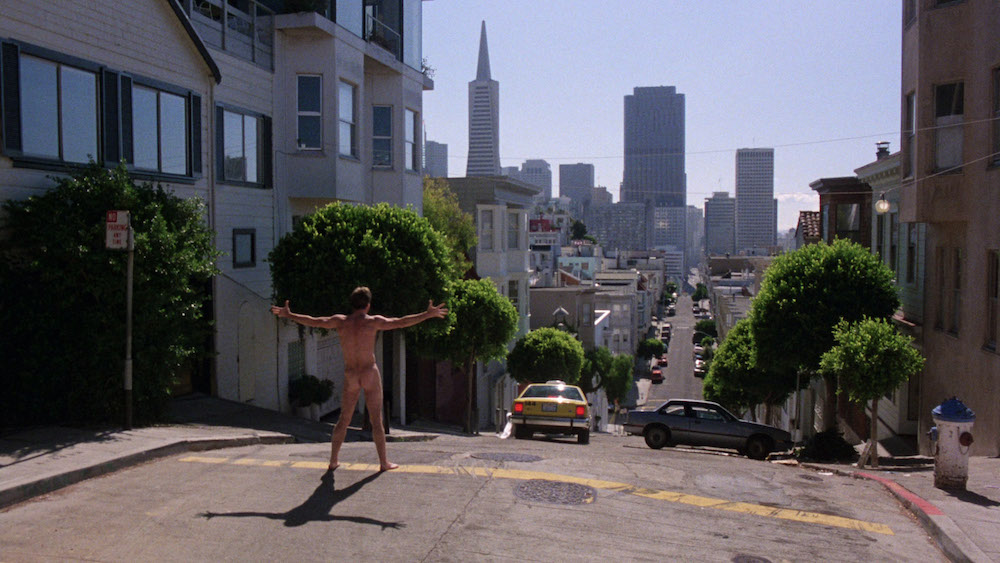 The story itself is inspired by Fantastic Voyage (1966), which all movies about injecting tiny people into normal-sized people will never escape. It makes sense that Joe Dante directed Innerspace, as classic sci-fi movies are one of his recurring passions, together with Warner Bros. cartoons (hence the Bugs Bunny plushies), and a playful but anarchic feel to everything he’s ever done.

Here, washout aviator Lt. Tuck Pendleton (Dennis Quaid) agrees to be the guinea pig for a top-secret experiment, where he’s due to be miniaturised and injected into a rabbit. Unfortunately, after the laboratory comes under attack from a rival organisation (just after Tuck’s been shrunk inside a syringe), he ends up being smuggled away and injected into the backside of neurotic supermarket worker Jack Putter (Martin Short). So, after Tuck establishes audio-visual contact with his “new host”, this mismatched duo embark on an adventure to restore Tuck to regular size before his air supply runs out. And throughout the movie they’re chased by evil scientists who want the prototype chip in Tuck’s pod that allows for safe enlargement. 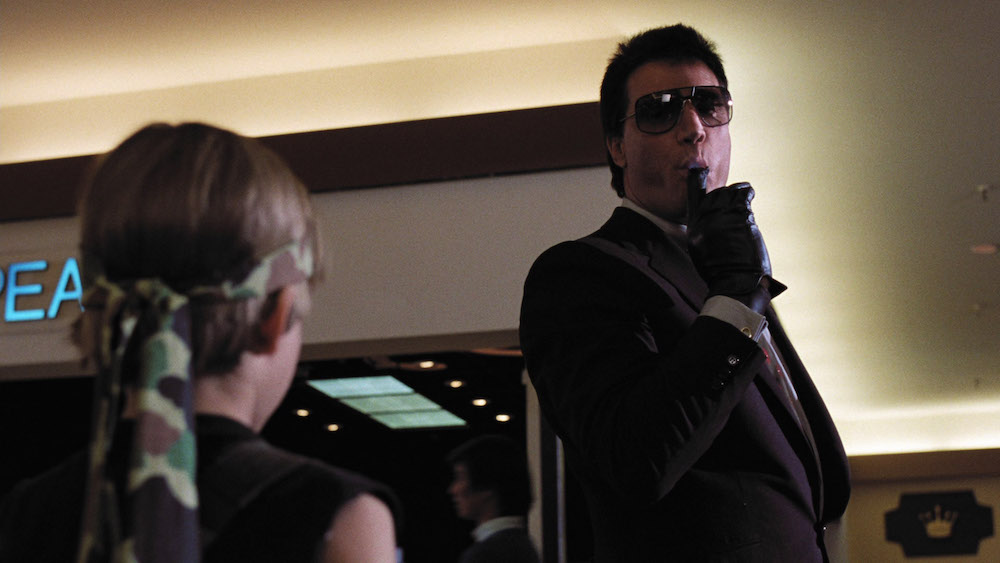 The great thing about Innerspace is how the F/X and sheer wonderment of Tuck’s predicament inside Jack’s body never overwhelm things, as one could easily imagine happening today. The internal sequences are only used whenever it’s necessary to advance the plot, with the thrust of the adventure actually taking place in the outside world. In that sense, Innerspace often plays more like a comedy about a hypochondriac who starts “hearing voices” that lead him to become a better, braver, more capable individual.

Jack starts this movie a complete mess; suffering from recurring nightmares, getting stood up by a date, and constantly seeing his doctor about illusory issues. Tuck’s the complete opposite of Jack, being more of an alpha male type, although he has a bit a drink problem and his career’s not going so well. But through their two-way conversation, Jack is taken out of his comfort zone, quickly grows in confidence, manages to impress a hot girl, overcomes his neuroses, and transforms into the courageous adventurer who speeds away in a 1967 Mustang by the time the credits roll. 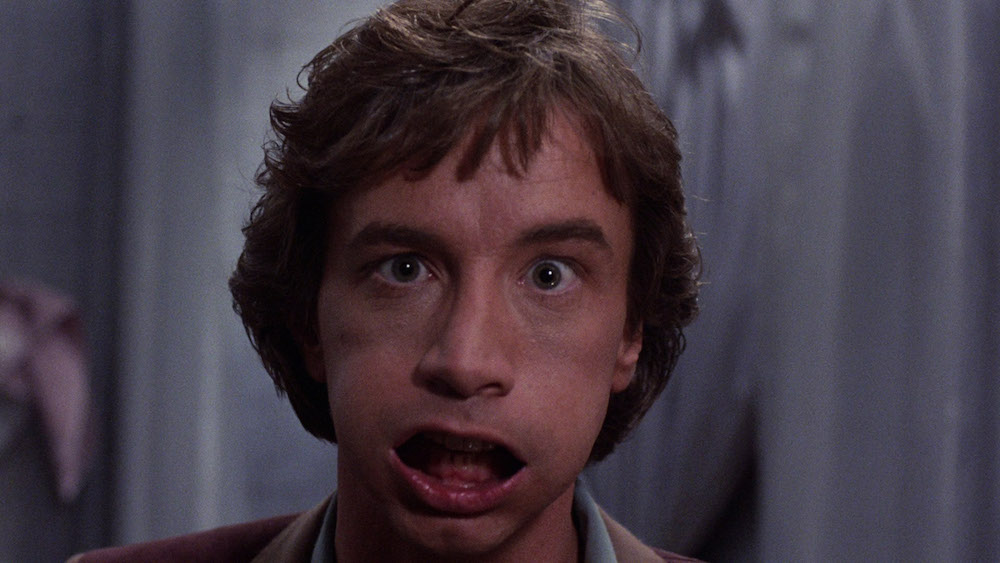 Dante enthusiasts will undoubtedly get a kick from seeing his longtime collaborator Robert Picardo get a bigger role as “The Cowboy” (a smuggler looking to buy the enlargement chip from the bad scientists), Kevin McCarthy likewise gets ample screen time as villainous Victor Scrimshaw, and there’s a fun role for Henry Gibson (The ‘Burbs) as Jack’s boss at Safeway. Plus there’s the usual cameo from Dick Miller, of course, here playing a cab driver.

Innerspace goes slightly flat in the middle, when the story has to make Tuck’s reporter girlfriend Lydia Maxwell (Meg Ryan) more integral to events, and her investigation into The Cowboy marries up with Jack’s goals. I always found The Cowboy subplot a little odd, mainly because the character’s a creepy weirdo and doesn’t fit into the tone of the movie until that point. It’s not enough to derail the movie, but after such a confident start and and exciting conclusion (involving an enemy submersible being shrunk and injected into Jack to fight Tuck), the middle portion is noticeably less compelling. Still, it helps that some of the craziest and less predictable events happen in the middle, such as Tuck managing to transform Jack’s facial features using electrical stimulus of his muscles. This means you essentially get a “body swap” comedy for a short while, with Jack going undercover as The Cowboy to get closer to Scrimshaw. You can’t say Innerspace doesn’t give audiences their money’s worth. 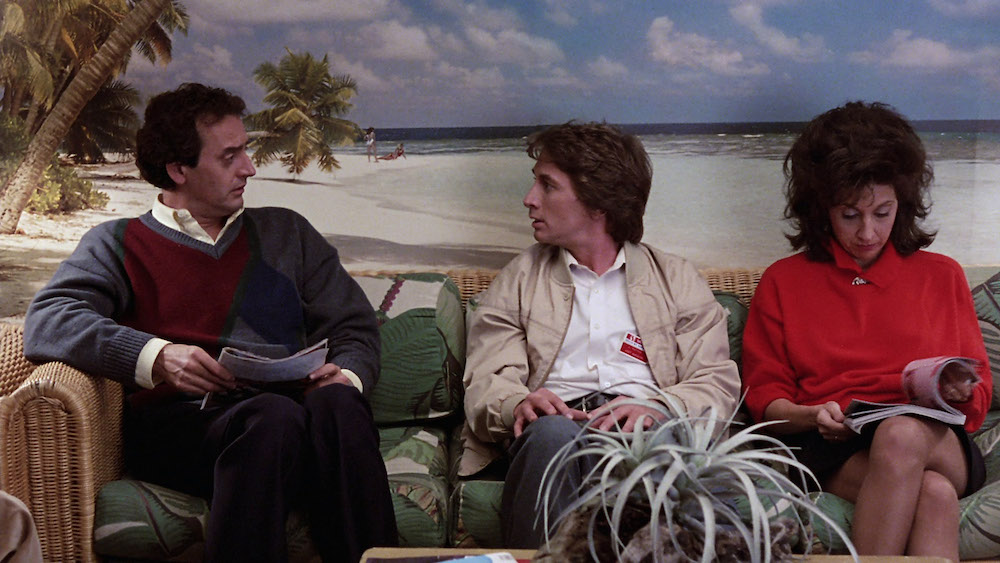 All of the main performances are very good, with Martin Short and Dennis Quaid shining in their roles. It’s fun to have a buddy comedy where the two heroes don’t share the screen until the very end, and it’s a testament to both actors that you genuinely feel like Tuck and Jack have developed a deep and lasting friendship — when the reality is both actors made this movie mostly segregated, talking to thin air. Short’s performance goes a little OTT at times, but his character is hardly introduced as a “normal guy” being diagnosed by his long-suffering doctor, and by the end you see Jack’s turned into a more levelheaded person thanks to Tuck making him believe in himself.

As with most Dante movies, it’s often the throwaway moments that linger in the memory. There’s a cool henchman called Mr. Igoe (Vernon Wells) who stalks the movie like a Terminator, shooting at Jack using a gun mounted inside his false hand, then spooking a child witness by blowing on his smoking fingertip. Or just the delightful moment when a toddler-sized Scrimshaw attacks Jack while he’s driving, with a charming and hilarious use of doll hands to accomplish the effect. See, even the dated F/X have such personality they arguably work better than ever. 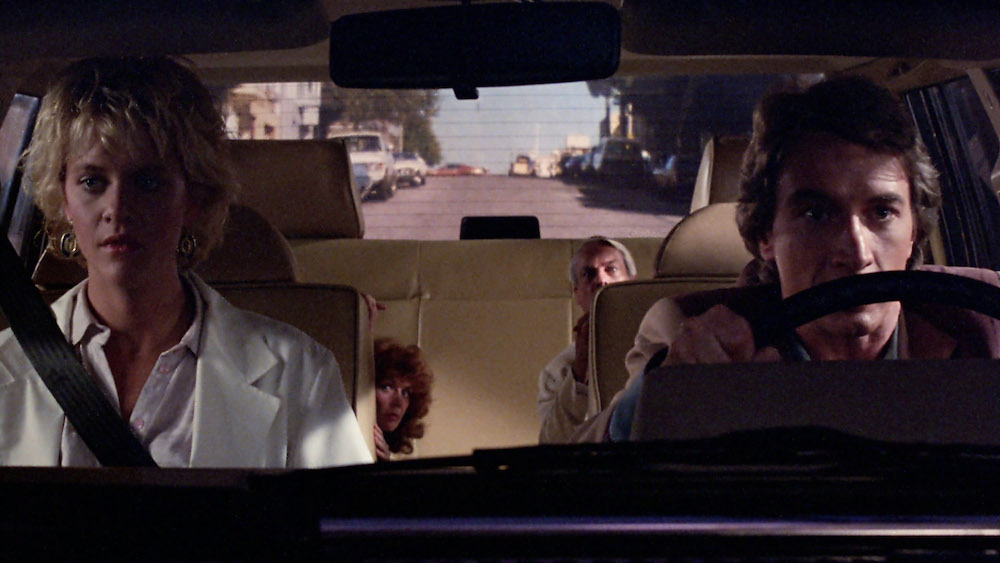 After 30 years, Innerspace has withstood the passage of time very comfortably. It helps that we haven’t had many films using a similar concept since ’87, strangely, although a remake of Fantastic Voyage is slowly moving ahead now. That means you can’t directly compare the F/X to anything that’s come since, and it still looks very good. The cast are very entertaining, the script by Jeffrey Boam (The Lost Boys) and Chip Proser does more than what you’d imagine could be done with the concept, the story motors along at a good clip, and there’s a lot of heart and humanity to the character’s relationships.

This is certainly one of the better Amblin Entertainment movies from the ‘80s, which dominated a lot of people’s childhoods, and one just waiting to be discovered by a new generation of kids.