In 2015, Humans became a near-unprecedented hit for Channel 4, emerging as its most successful new series since the 1980s. The mix of recognisable British character actors (along with the American pulling power of William Hurt), combined with smart writing, made it a series that enraptured both avid sci-fi fans and casual viewers; presenting thought-provoking stories with resonant real-world parallels. And based on the first episode of series 2, it seems like we’re in for more of the same.

The new series opens where the previous left off, with Niska (Emily Berrington) on the run with what’s confirmed to be the secret to synth consciousness hidden away on a portable hard drive. It’s Niska’s decision to upload this code to all synths that prove to be the main instigator of this year’s plot. However, contrary to her intentions, only a tiny fraction of synths worldwide become ‘awakened’, with only a few even noticing—including Leo (Colin Morgan) and the singularity synths from series 1, and a new group of characters working out of the US.

The main issue with this opening episode—written, as ever, by Sam Vincent and Jonathan Brackley—is that Niska’s decision is so momentous that it probably deserved a longer build up. Pitching up in Berlin, and embarking on a relationship with a German woman named Astrid (Bella Dayne), the episode could quite conceivably have taken the entire hour to flesh out Niska’s thought processes behind deciding to upload the code and essentially giving birth to a new species. Vincent and Brackley’s shorthand gets us there in the first ten minutes or so, and while it’s effective, it also feels like there was a lot more material to be mined there. 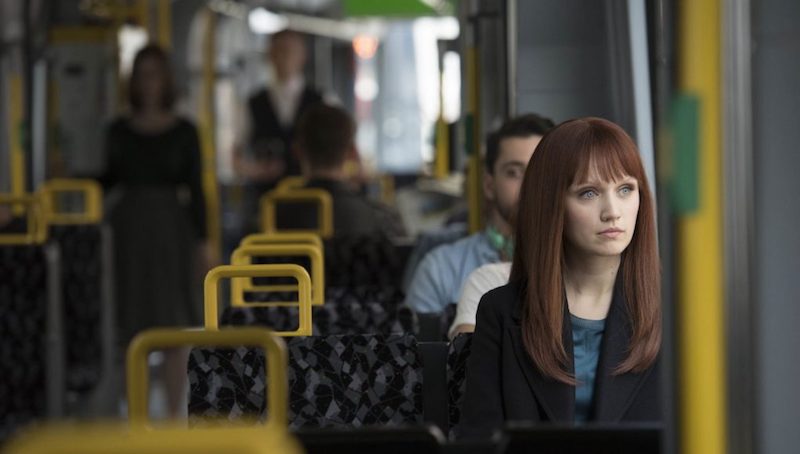 Speaking of mining, the episode’s best moment perhaps comes courtesy of a Bolivian miner known as Ten (Raphael Acloque); one of the lucky synths to be granted consciousness. The fact that we don’t see him again until several weeks later means that—unlike Sonya Cassidey’s newly awakened Hester, who by design doesn’t have much of a character yet—Ten has a burgeoning personality and an infectious sense of childlike enthusiasm for the world. That he’s so immediately likable makes it all the more surprising when he’s shot dead before the hour’s end. Of course, in Humans, there can potentially be multiple versions of each character, so this doesn’t mean we’ve seen the last of Acloque. But if it this truly was his one and only appearance, he did a great job within a very short space of time.

Elsewhere, the Hawkins family are back, with Laura (Katherine Parkinson) and Joe (Tom Goodman-Hill) trying to patch up the damage that was done to their marriage, while continuing to provide the show with a relatable human heart. Leo and Max (Ivanno Jeremiah) are still fugitives, helping the newly awakened synths wherever they can, while Anita/Mia (Gemma Chan) hides in plain sight as an obedient synth working in a local café. Although her interest in the café’s charming owner is likely to provide a stumbling block.

Over in the US, a young tech entrepreneur named Milo Khoury (Marshall Allman) has discovered something amiss with several synths, and hires Dr. Morrow (Carrie-Anne Moss) to help him reverse-engineer the code that allowed for true A.I to emerge. The Matrix’s Moss is always a welcome screen presence, but it remains to be seen quite how this overseas thread will link up with the rest of the story. Even while Milo and Morrow’s findings may have huge consequences for our heroes back in the UK, it’s important that this strand not feel separated from the rest of the action.

The first series of Humans did a reasonably good job of juggling a sprawling cast, but series 2 already feels like its painting on a larger canvas, particularly in regards to an increasingly globe-spanning plot. If the first year felt undeniably grey and British, this premiere has already made it clear that synths are a global marvel, and scenes shot in Berlin, Bolivia, and the US really help to underscore this. And yet, despite that wider scope, series 2 still feels very much of a piece with what came before. This is slick TV, but it’s still unmistakably and pleasingly British in tone and temperament. With Westworld currently dealing with many of the same themes of artificial intelligence, there’s a risk that people might opt for one show or the other. But with Westworld painting its stories under a distinctly American backdrop, the two shows feel sufficiently worlds apart. And make no mistake; Channel 4’s Humans can more than hold its own against its mega-budget Hollywood counterpart.