There’s no trace of futuristic devices, iris implants, or dystopian societies in Shut Up And Dance; without a doubt the darkest, bleakest episode of Black Mirror’s third series. Set in the UK, this is a gritty look at middle-to-working-class England, where the most sophisticated piece of technology is your average smartphone and the threat posed by the power of the Internet and fear of public humiliation.

Kenny (Alex Lawther) is a typical teenage boy who waits tables at a fast-food restaurant and masturbates to porn in the privacy of his bedroom. He lives with his single mum, who’s trying to get back into the dating game, and one evening leaves him to keep an eye on his younger sister. Kenny’s sister’s been overstepping her boundaries by borrowing his laptop to watch pirated movies and drink Cokes from his mini-fridge, so he puts a lock on his door and retires for another one of his solitary nightly sessions. What he doesn’t know is that someone is watching him do his business through the webcam on his laptop.

Once finished, Kenny receives an anonymous e-mail reading “we know what you did”, followed by another one with an attached video recording of the self-pleasuring act, and a request for his phone number. Kenny almost hyperventilates but complies and receives a further text saying that they’re watching him and he must follow their instructions or the embarrassing video will be released to his contact list. 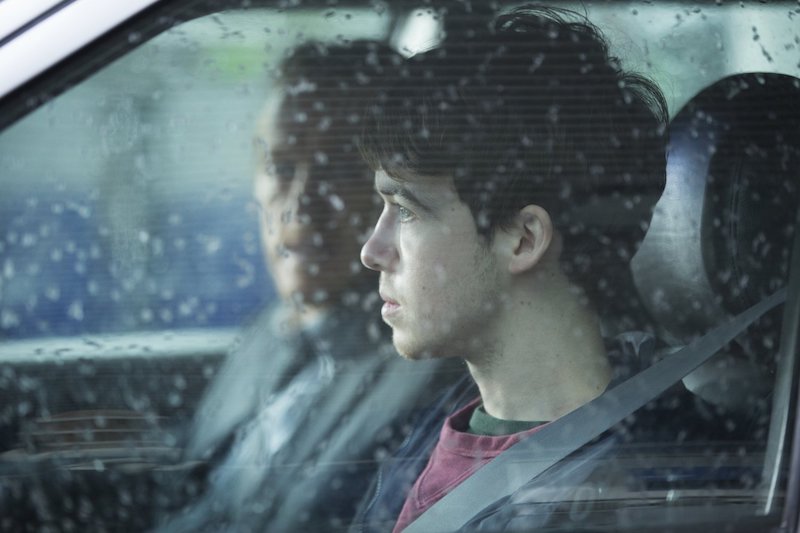 The following morning, our paranoid hero tries to act normally in front of his mum, and heads to work on his bike, clinging to scant hope that it was all just a horrible late-night prank. However, the moment Kenny checks in with his manager in the staff changing room, he receives a text message from the mysterious blackmailers, telling him to head to a certain location in 90-minutes or the video will be leaked.

What follows is a heart-pounding race-against-time road trip, with Kenny being bounced from one task to another, interacting with other poor victims of this sadistic and interconnected game, without knowing what this is all leading to. His main companion during his misadventure is Hector (Game Of Thrones’ Jerome Flynn), a family man who’s been caught cheating on his wife and can’t handle the thought of losing his kids if his infidelity’s exposed.

In Black Mirror’s best tradition, if you’re an attentive viewer, you won’t buy that for a second and will make your own assumptions about Kenny’s dirty little secret. In retrospect, you’ll even realise that one particular scene, early in the story, comes to present a different meaning as a character-defining moment. 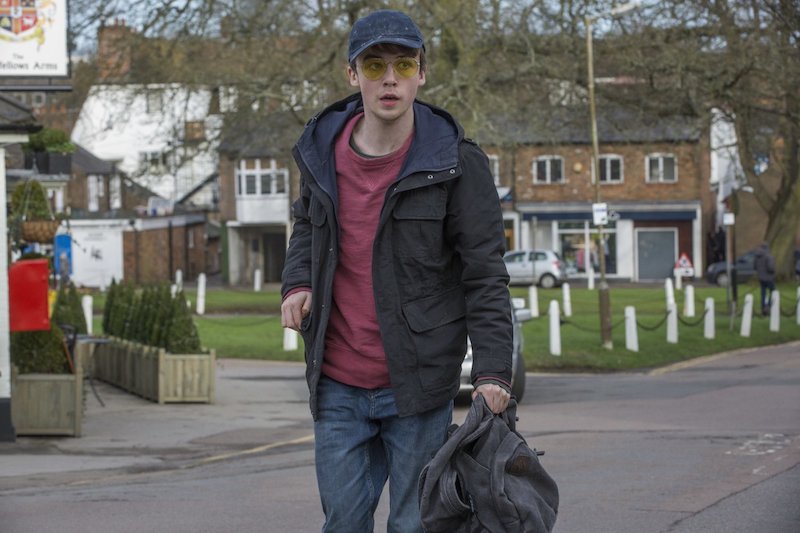 Alex Lawther, the now 21-year-old rising star who got his big break playing young Alan Turing to Benedict Cumberbatch’s adult version in Oscar-winning period drama The Imitation Game (2014), is absolutely tremendous in this role. His is one of the best performances in the whole of Black Mirror’s new run of Netflix episodes. The Hampshire-native has a knack for playing more-than-meets-the-eye, awkward and complicated teenagers, but here he takes his nuanced style to a whole new different and outstanding level.

The script, of course, is tailor-made for Lawther’s skills, with creator Charlie Brooker sharing writing credits with William Bridges (the only case this season aside from the premiere episode). The themes explored by this harrowing drama deal with how masterful we think we are at disguising our true selves and hiding our darkest secrets. It’s a morality tale where the writers reflect not just on how, at the end of the day, there’s nowhere to hide, but also how those skeleton in the closet can be viewed as relatively acceptable depending on the points of view.

A pivotal line from Hector to Kenny sums it all up: “I’m an okay bloke, I promise”. But is he? In fairness, the way he admits his faults to Kenny, makes us believe he’s truly sorry—and, after all, he honestly admits he has no excuse for what he’s done. He “just wanted to feel what is like to fuck a younger woman again”. So, is it all just a relative point of view?

Things are revealed to be more complicated for our protagonist by the conclusion, taking his darkness to a whole other level and making us ponder how much of that darkness is innate and how much is the result of society and the world we live in. As usual with Brooker, there are no clear answers but “Exit Music (For a Film)” from Radiohead’s masterpiece “OK Computer” couldn’t have been a more perfectly chosen piece of music to capture the essence of what’s just happened before our crestfallen eyes.