It’s always worth reflecting on the big picture when we’re halfway through a season, as this usually represents the ‘point of no return’ for many characters and the journeys they’re on. Dolores (Evan Rachel Wood) probably underwent the biggest change this week, as she joined Logan (Ben Barnes) and William (Jimmi Simpson) on their trek into the periphery of Westworld—where the scenarios get more dangerous and the challenges more vivid and compelling.

Specifically, the “friends” found the lawless town of Pariah and met there with El Lazo (Clifton Collins Jr), a notorious criminal who tasked them with a mission to steal a highly explosive powder being transported by the US army. Dolores’s change occurred during this story, as she’s hitherto been portrayed as a stereotypical female archetype of Westerns—a beautiful daddy’s girl whose spirits doesn’t overcome her generally deferential behaviour around the men and scoundrels in her life. But, during the events of “Contrapasso”, Dolores made a life-changing decision, after shooting dead multiple soldiers after Logan and Williams’ heist went wrong. Now attired in a more appropriate ‘cowgirl’ get-up and claiming she’s “[imagined] a story where I didn’t have to be the damsel”, a transformation has definitely occurred with Dolores. And not one designed by fresh programming, but a conscious desire to adapt to new circumstances—although I guess it’s possible she’s tapping into a previous personality Dolores once had that was erased long ago. But as we’ve seen no evidence that Dolores has ever been anything beyond a local country girl, I have my doubts her change can be explained away as just another ghost in the machine. 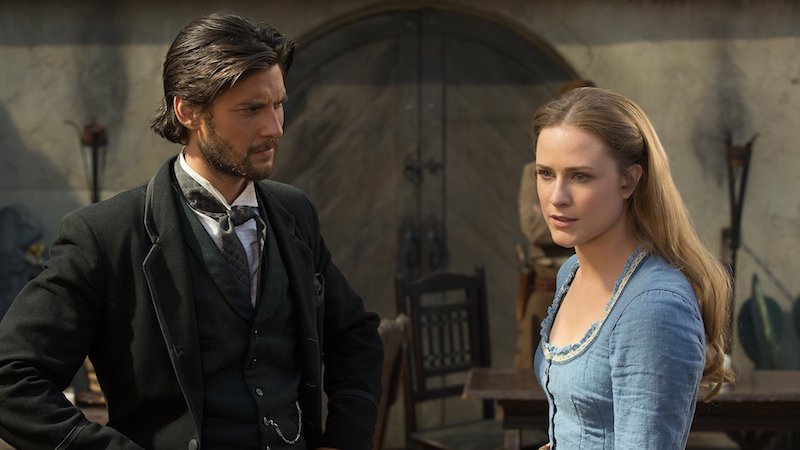 The other interesting thing about this storyline was the stronger evidence for the popular theory that we’re witnessing two time periods of Westworld, both happening simultaneously on the show. The Hosts don’t age over the years, so it’s easy to think we’re only being told one big story in the show’s present-day, but in this episode El Lazo was clearly the character of Lawrence who was introduced a few weeks ago. And Lawrence himself was a big part of this hour, too, before the Man in Black (Ed Harris) slashed his throat and strung him upside down from a tree branch to aide a blood transfusion process with the wounded Teddy (James Marsden). El Lazo and Lawrence may be two different Hosts who only look the same, or could be twin brothers within the Westworld mythos, but I have a feeling this was our first piece of evidence that Lawrence was once known as El Lazo and the Dolores/Logan/William plot is effectively a flashback. My guess is that future episodes will make that even clearer, before the narrative pincers us in the finale.

The MIB’s story was much simpler this week, after the aforementioned surprise of him callously killing Lawrence to save Teddy’s life. One of the best scenes in “Contrapasso” involved the MIB having an enlightening sit down chat with Ford (Anthony Hopkins) in a saloon. The MIB and Ford are the two most powerful people in the park, effectively, as the MIB has become the ultimate black hat villain the game always needed, in his opinion, while Ford wields godlike power inside the park as its creator (brilliantly demonstrated when Teddy unconsciously protected Ford from a threatening knife move by the MIB). It seems clear that the MIB’s power is nothing compared to Ford’s mastery of the environment and its many inhabitants itself, but maybe he hopes to reverse this by finding the centre of the Maze? I still have a feeling that completing the Maze changes the rules of the park somehow—either by allowing guests to be murdered by Hosts, removing the failsafe coding Ford relies on for his protection, or granting mass consciousness to the robots. That said, Ford stated he won’t get in the MIB’s way when it comes to finding the Maze, so is he lying? Does he even know what it is? Maybe he’s just as intrigued by it, as the final puzzle left behind by his dead partner Arnold? 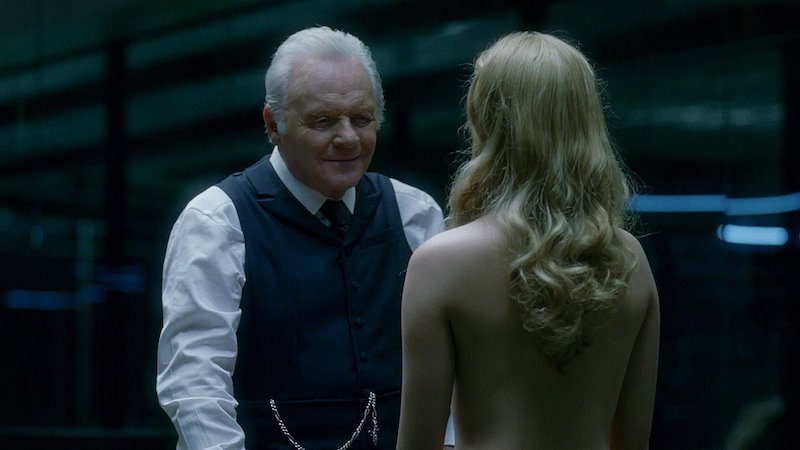 Some of the backstory to Westworld also got filled in this week, as Logan mentioned the park is hemorrhaging money and his company’s looking to buy it up. If his storyline’s happening three decades ago, maybe that’s now happened and is the reason why Westworld overcame its original malfunction and has presumably kept going despite the death of Arnold? If the MIB is indeed an older, bitter William, the fact we’ve seen no evidence of an older Logan leads me to think he’s dead and William took over as CEO. If so, the power dynamic between Ford and William/MIB gets even more interesting in the alleged present, because MIB is the big financer of the park and is someone Ford has to keep happy. Again, maybe this is why MIB is granted so much freedom around Westworld, and nobody’s going to stop him searching for the Maze.

The only other plot of note was a behind-the-scenes one where Elsie (Shannon Woodward) discovered that the Host who strayed off his loop last week had a data-capture device embedded inside his forearm. It seems that corporate espionage his happening, with Hosts transmitting info to someone beyond the park. If so, this suggests a whole other avenue of storytelling to come, if there are perhaps businessmen envious of Westworld’s technology and aiming to replicate it. Or was the straying Host delivering stuff to someone inside the park already? And how do you implant a device like that in a Host without anyone noticing? There must be a lab technician (probably one of the so-called ‘butchers’) who’s being paid to do this on the sly, which is perhaps why the butchers themselves were a significant part of “Contrapasso”. In particular, one called Felix (Leonard Nam) is trying to improve his lot in life by illegally stealing broken robotic birds from the park and fixing them in his spare time. Is he just trying to improve his career prospects in a risky way, or is he exhibiting exactly the kind of skills you’d need to facilitate the corporate espionage with the Hosts?

And finally, Maeve (Thandie Newton) is in an even stronger position than Dolores right now, as a fellow Host starting to have the scales lifted from her eyes. Here, she woke up again on a table and told some technicians she wants to talk, instead of freaking out again, proving that she’s retaining memories of her past experiences and has some kind of plan. What’s her deal going to entail? Are the technicians really going to be sympathetic and do what she says, when sending her away for dismantling would be the best course of action? What could she possibly offer them? 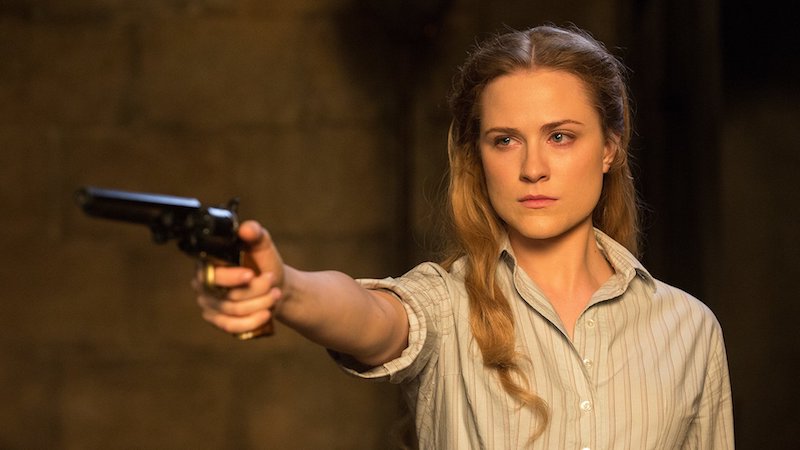