I wish Ryan (Manish Dayal) had been written with more nuance, as his suicide didn’t land a big enough punch as a result of his one-dimensional personality. That’s not to say it was a total failure, thankfully, because it was easy to feel sorry for poor Ryan throughout “You Are Not Safe”, as he was hounded by the FBI for violating the Computer Fraud & Abuse Act. His main traits were naivety and a foolhardy belief in the cult of Joe MacMillan (Lee Pace), and that was ultimately his undoing. Joe’s NSFNET project was untenable with Ryan’s hack muddying the waters, so he was given two options: take responsibility and go to jail for a few years without being able to work on a computer, or go on the run with $50k from Joe and watch the NSFNET project die. Unfortunately, Ryan found a tragic third option…

This hour was characterised by two downbeat turns of events. Ryan’s death was the headlining wallop that reverberated the most, but it was nevertheless galling to see Donna (Kerry Bishé) launch Mutiny’s Initial Public Offering (IPO) without Cameron (Mackenzie Davies) by her side, then see their stock trading far below expectations. They expected a 15, it started at 6 and immediately started to slip. 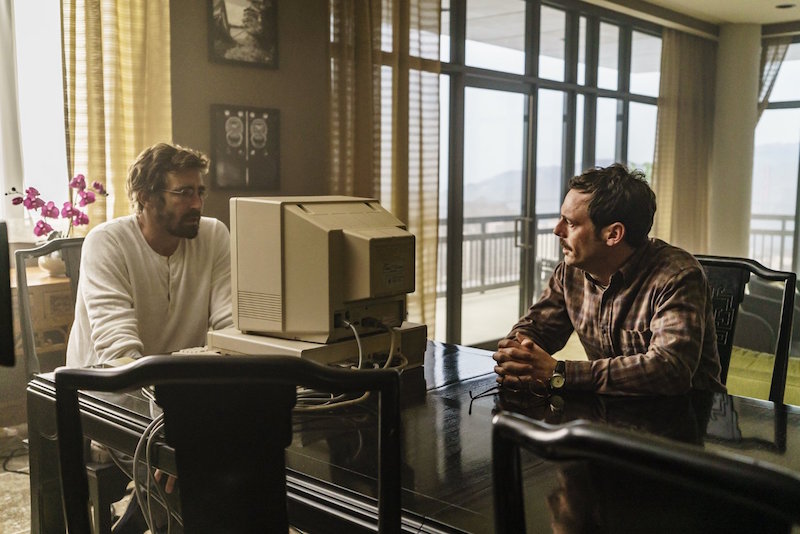 Given the idiotic questions Donna was fielding from a condescending TV interviewer covering the IPO (the word “modem” causing some confusion), you got the sense that Mutiny’s version of eBay was just too far ahead of the curve. And maybe Cameron had a point about going public too soon? Donna should have listened to her plan to spend two years making Mutiny into a much more diverse and competitive business, which may have helped those stock figures. But hey, hindsight’s always a bitch. I thought Donna was speaking the most sense last week. 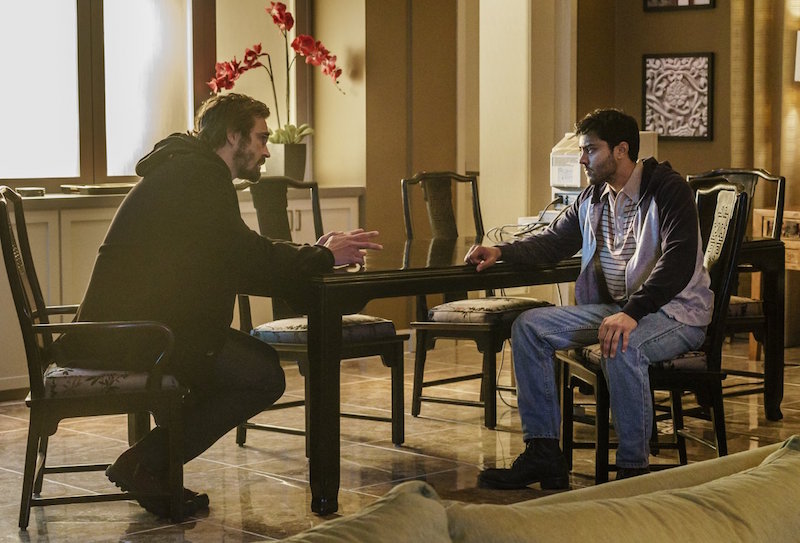 There wasn’t much else going on during “You Are Not Alone”, as those two events were enough to make everyone reassess themselves and what they’re doing with their lives. Joe dropped the NSFNET project, haunted by Ryan’s suicide note he typed while he crashed at his apartment before taking a leap from his balcony. Donna won’t become a multi-millionaire with a lucrative company riding high on the stock market, and it’s difficult to see what will happen next with her beloved Mutiny. In her haste to become a respected female businesswoman like Diane (Annabeth Gish), she didn’t realise the process is putting a wedge between her family and has pushed away the one person who truly understands her: Cameron Howe. 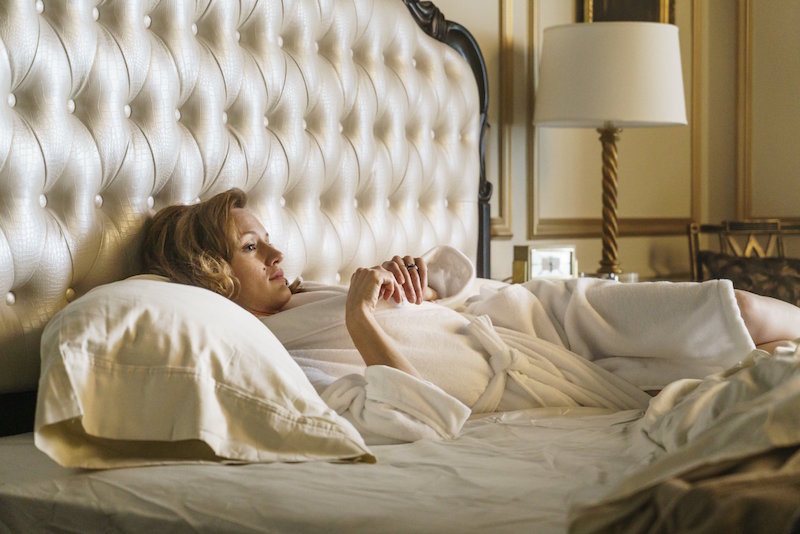 Cam was arguably the only person with any good news happening in her life, despite losing her childhood company last week and now having time to slob around at home watching horror films. She’s agreed to move to Tokyo with her new husband, for a fresh start in a country with a rich technological culture, although one imagines that won’t happen and she’ll change her mind. Unless season 4’s going to shift some of the action overseas for awhile? Or we’ll pick things up with Cam returning to the US? That’s if a fourth season gets commissioned by AMC, of course. Halt and Catch Fire has the unfortunate distinction of being poorly rated and without much awards cachet, so the only hope is that AMC find value in producing more than 30 episodes.

“You Are Not Alone” could easily have worked as a very depressing finale (of this season or even the series as a whole), particularly as it was capped by Ryan’s voice reading a suicide note that felt like both a eulogy and a prescient warning about good and evil of modern technology. “The barriers between us will disappear. And we’re not ready. We’ll hurt each other in new ways.”

Everyone ended up disillusioned, isolated, and damaged by events. Joe, in particular, has been visibly changed by what happened to Ryan—and, for perhaps the first time in the show’s history, he felt a lot more human. His showmanship and public facade melted away, revealing a gentle man grieving the loss of someone who truly believed in him. And, more than that, a real friend.