Swiss Army Man opens with Hank (Paul Dano) attempting to take his own life after becoming stranded on a desert island. But as he plucks up the courage to tighten the noose around his neck, he spots the body of Manny (Daniel Radcliffe) washed up on shore, and this discovery changes the course of his life.

The premise of the film is that Hank discovers he can manipulate Manny’s corpse to provide a number of helpful functions, hence the title. In the opening scene, Hank turns Manny’s flatulent body into a makeshift jet ski and uses it to power himself back to the mainland across the sea. Radcliffe’s character eventually regains some form of post-mortal consciousness and the pair work together to find a way home. 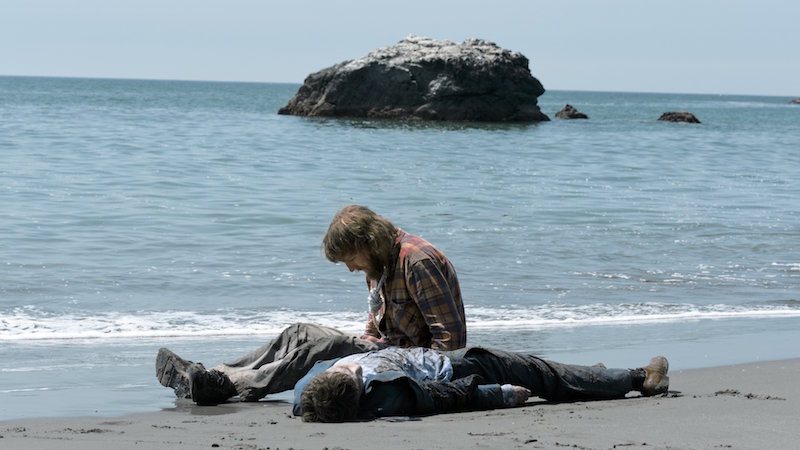 Swiss Army Man is the first feature from Daniel Kwan and Daniel Scheinart (known as ‘The Daniels’), who came to prominence after directing a DJ Snake music video that went viral. The duo certainly can’t be accused of lacking in originality and creativity. If anything, their debut feature film suffers from too many ideas clashing with each other in a counterproductive manner. It’s very difficult to engross your audience in a survival story when the surreal elements and black humour constantly undermine the pseudo-existential philosophy that the filmmakers are keen for us to buy into.

If you think a farting cadaver is the height of hilarity, you’re in luck. Much of the plot in the first act relies on this ‘joke’ being repeated over and over again. As Hank muses about the concept of “diminishing returns” in day-to-day life, he could just as easily be talking about the recurrently gassy anus of Radcliffe’s character. Eventually, the monotony is broken by the revelation that corpses can not only emit gaseous air, they can also get erections. 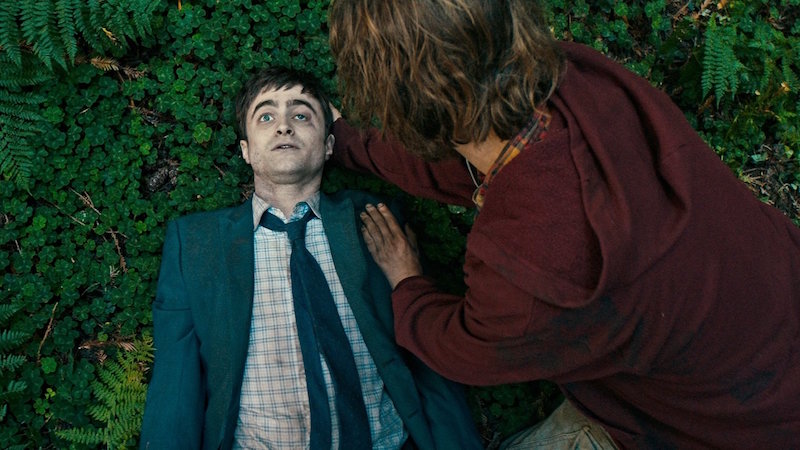 I can’t overemphasise how bad the opening half-hour of Swiss Army Man is. It’s perhaps one of the most infantile, boring, downright annoying pieces of filmmaking ever to grace a cinema. This film is a perfect example of the difficulty that filmmakers often have when transitioning from shorts and music videos to their first movie. They end up trying to stitch together several short film ideas, which results in incoherent plots and a product that isn’t sure what it’s trying to be.

Fortunately, some of the shifts in tone and direction within Swiss Army Man manage to bring the audience back on board after the terrible concept begins to falter. The mood becomes warmer as Hank tries to re-teach the basics of humanity to Manny, by utilising the trash they find discarded in the wilderness. The introduction of a love interest in the form of Sarah (Mary Elizabeth Winstead) finally starts to develop the characters, while offering us insight into their backstories. We also eventually get away from toilet humour, as the film finds a rhythm and the exchanges between the two leads begin to provide the majority of the laughs. 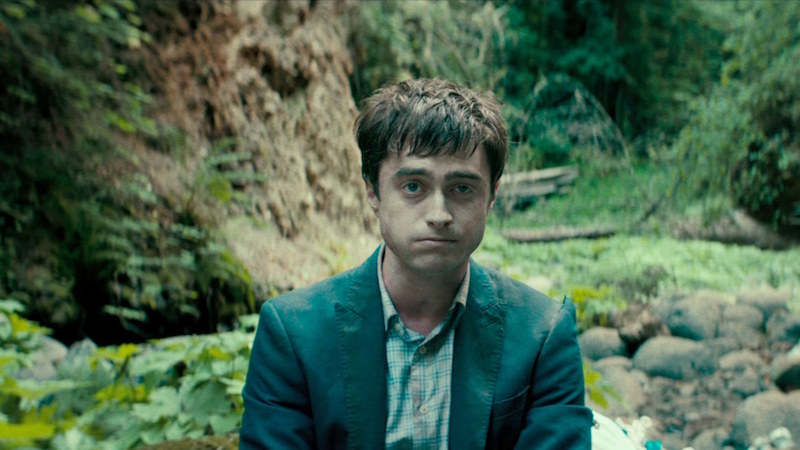 Swiss Army Man sidesteps the easy option of a rom-com cliché ending that feels inevitable and instead concludes with a gratifying piece of farce. It even brings a tear to the eye and a lump to the throat as The Daniels manage to make you emotionally invested in the smelly emissions of a dead body. Swiss Army Man has a one-star opening, a three-star second act, and a five-star conclusion.

Some critics dismissed Swiss Army Man as the latest in a string of bizarre parts that Daniel Radcliffe has accepted to help escape the shadow of Harry Potter. It’s even been said he only gets cast because smaller indie movies have a chance of drawing fans of that successful franchise. This does Radcliffe a disservice, however, as he manages to provide warmth and believability with a character who’s essentially incapable of doing or saying anything. Dano and Radcliffe both put in decent performances, and make the worst parts of the film almost bearable, and eventually very heart-warming and memorable. One scene, where I was poised for ‘gay panic’ punchline, even turned a brief embrace into one of the most moving moments I’ve seen at the movies this year. It’s just a shame that some of Swiss Army Man’s creativity and heart is lost amongst fart gags and dick jokes.