“It’s a long way from getting high and watching Back To The Future II.” It certainly is, my friends. With only two more hours to go, Sam Esmail really ratcheted up the tension in “h1dden-pr0cess.axx”, ensuring that my nerves were jangling by the end. Is Darlene (Carly Chaikin) dead? On any other show, I’d say “no, they’ll have killed Cisco because he’s the expendable character”, but this is Mr. Robot, so there’s a 50/50 chance Elliot’s (Rami Malek) little sister is gone.

Not, however, before she shared what was probably the most depressing story ever told on this frequently depressing show: a cautionary tale about how she was abducted from Coney Island as an ignored younger child (and I do love the Alderson family’s Coney Island obsession), and spent the abduction hoping that she could stay with the woman who stole her away because, for the first time, she felt loved. “But then if I hadn’t gone back to my family I wouldn’t have had Elliot,” she finished heartbreakingly. The look on Cisco’s face said it all: everything Darlene does she does for her older brother… the brother who doesn’t always even remember she’s there. 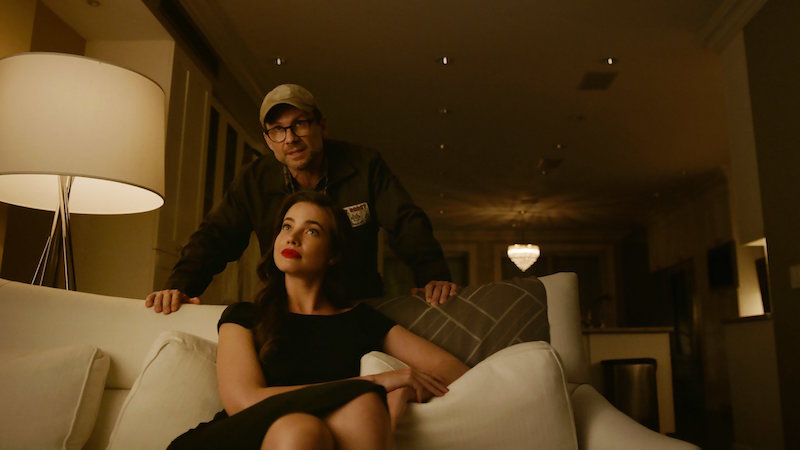 Carly Chaikin has been outstanding this season, and she really sold this moment—which is why I hope Darlene did survive the shootout. Yes, there’s the argument that that would be a bit of a copout and Esmail’s a showrunner unusually concerned about being unpredictable at all costs, but at the same time we’ve come to really care for Darlene, and to kill her now would be a devastating blow.

This was my plan and I hid in a cage while everyone else took all the risk.

All season long there have been hints that a day of reckoning is coming for Elliot, and this episode stressed that more than most, with our hero acknowledging that, by retreating from the world, he had succeeded only in endangering those he loved the most. This was most obvious in the sad and tender scene with Angela (Portia Doubleday), in which she told him that she was going to turn herself in before sharing a bittersweet kiss. We know how Elliot feels about Angela, but there was still something heartbreaking about that moment. It felt so final—and all the more so because the last we saw of Angela she was being confronted by two shadowy figures on the subway, which is never a good sign on this show. Plus, there’s always that sense despite everything that’s happened, all the bad and nasty stuff they’re mixed up in, Elliot and Angela are still those lost kids who dreamed of running away to the Met Museum like their literary heroine Claudia Kincaid. And, because of that, we root for them, even though it seems increasingly unlikely that they’ll succeed. “We can’t beat them trust me. I’ve tried. No matter what we do we will always lose to them,” Angela told Elliot before saying goodbye—it rang horribly, brutally true.

If Elliot was on edge with Angela, that’s almost certainly because of his confrontation with the predatory psychopath, Joann Wellick (Stephanie Corneliussen). I’m still not really sure where this plot line is actually going. Did Elliot actually kill Tyrell? I’m guessing not, given Mr. Robot’s (Christian Slater) shady disappearance at just the wrong time. but as to what’s really going on here… well I don’t have a clue. I do, however, like the fact that Joanna unnerves Elliot, and that he’s convinced she can see Mr. Robot as well. I also enjoyed her strange story about the earrings, but at the same time this whole plotline, like the prison one, feels a little too drawn out. I enjoy the spooky tension of Esmail’s worldview, but this season could definitely have benefitted from some judicious editing. That said, the hacking scene was fantastic, tense, and hugely enjoyable to watch—not least because Elliot fashioned a Wi-Fi antenna out of a Pringles can, which was quite frankly an act of genius. 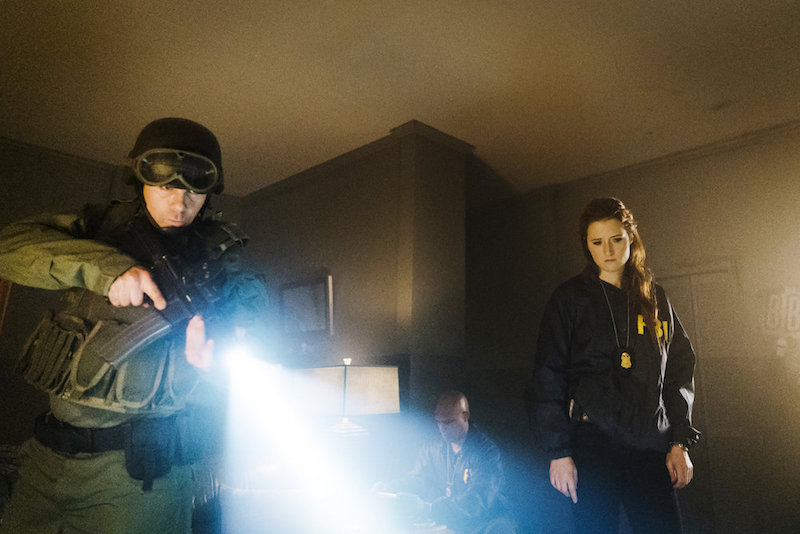 I always ask the question: am I the most powerful person in the room?

Ah, Philip Price (Michael Cristofer). Each week I find myself more seduced by your magnificent capacity for pure evil. One of the greatest things about this show is how it understands the greatest evils are committed by smiling men in suits who stick the blade in when you’re least expecting it, and will then have forgotten your name by the time they glide out of the door. Price, gloriously played by Cristofer, is the perfect example of this sort of elegant assassin; a man for whom nothing is out of bounds thanks to his finely tuned God complex.

I loved the scene with Terry Colby for many reasons. Firstly the news that China plans to annex the Democratic Republic of Congo (a piece of out-of-nowhere plotting that was both completely crazy and oddly believable), as was Price’s suggestion that the US depict it as “humanitarian aid”. Secondly, the fact that he delivered his speech from in front of a map of Europe during the First World War, as though subliminally suggesting there was no end to his Empire building. And, thirdly and most magnificently, his pronouncement that there were only one, maybe two rooms in the world in which he didn’t feel like the most powerful person in the room. Is the Oval Office one of them? I’m guessing not, given he was ordering Colby to order the President to abstain from voting when China put forward its Congo plan. 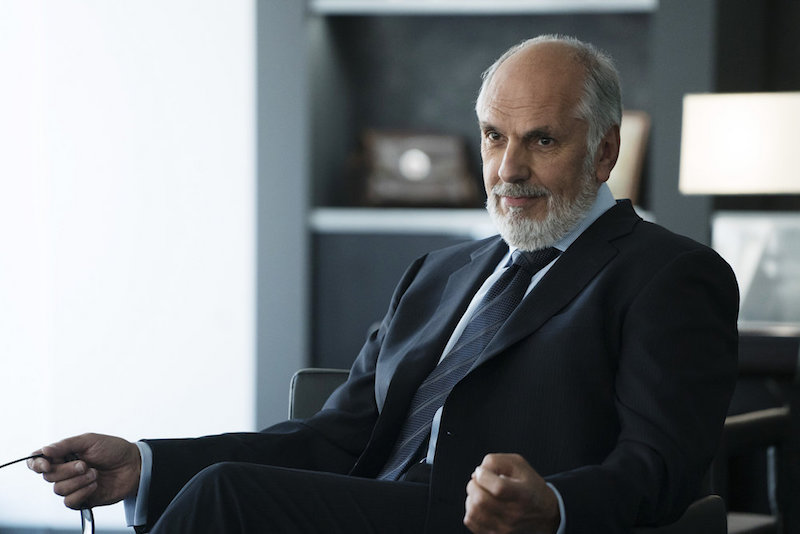 I’d say a solid 6 this week, if only because I’m awarding an extra point for Philip Price’s WTF announcement about China and the DRC.

So what did you think? How is everything going to come together next week? Will Elliot save the day? Is Darlene dead? And if you were going to randomly annex a country which one would you pick? As ever all speculation and no spoilers welcome below…