When it began, I grew tired and frustrated with Halt and Catch Fire after three episodes, as this AMC drama felt like it just wanted to do for technology what Mad Men did for advertising. There were aspects I enjoyed about the first season, but structurally it felt very unsound, and there was an overemphasis on anti-hero salesman Joe MacMillan’s (Lee Pace) posturing, mysterious background, and weird relationships with programmer Cameron Howe (Mackenzie Davis) and engineer Gordon Clark (Scoot McNairy). Then, to many people’s surprise, the second season completely turned a corner by focusing on the roots of technology we enjoy today (giving us a greater sense of interest in the story being told), and by switching focus to the show’s leading women: aforementioned genius Cameron, and Gordon’s wife Donna (Kerry Bishé), who created startup company ‘Mutiny’ together.

Ratings haven’t been kind (the show struggles to attract more than half a million weekly viewers in the US), and it doesn’t even have the awards success and prestige that kept Mad Men in the conversation. But I’m very grateful AMC have decided to keep making Halt and Catch Fire—because, while it may never become a big success story now, it’s an intelligent look at the years that birthed so many of the things that affect, shape, and fill our daily lives. So many people weren’t even alive when geeks of the ’80s were developing ideas and breaking barriers to lay the groundwork of today’s Internet, so I hope more of them give Halt and Catch Fire a chance. The ’80s is still ‘having a moment’ as pop culture’s throwback decade of choice, and this is one of the best retro dramas around. 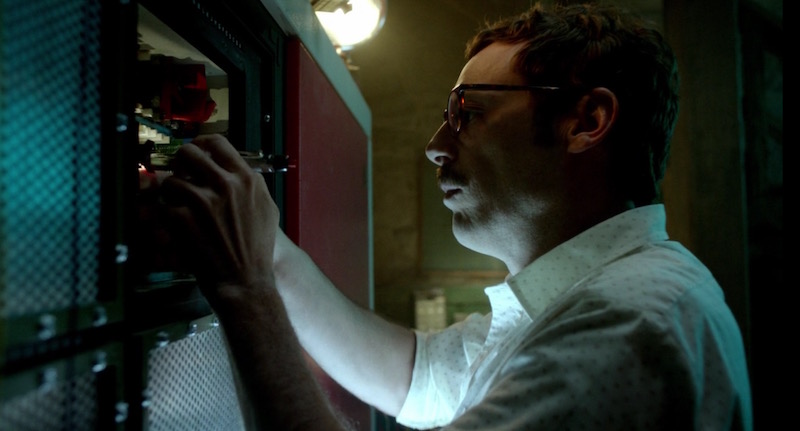 It’s now 1986. Mutiny have relocated from Texas to California to continue growing and developing their brand and successful chat rooms. As a constant source of aggravation last season, it was wonderful how the first scene saw the employees of Mutiny celebrating their ‘independence day’, with the launch of their very own mainframe and 100,000th subscriber. Things certainly seem on the up, although naturally complications began to raise their heads. Gordon’s brain damage continues to be a concern for his wife (he notes instances of pain on a seismic scale of 1–10), but the greater mental torture is that frenemy Joe is now a world-famous multi-millionaire—off the back of Gordon’s idea for selling anti-virus software.

Joe doesn’t appear until the last five minutes of the premiere, “Valley of the Heart’s Delight”, but his presence is felt right up until that moment—his company’s slogan ‘Are You Safe?’ appears on billboards and newspapers ads throughout the first episode. And when he finally does arrive, giving a talk to a packed hall of fans, it’s clearer than ever that Joe MacMillan has been modelled on Apple’s Steve Jobs and anti-virus innovator John McAfee (not least because of his glasses, blazer, and beard combo). 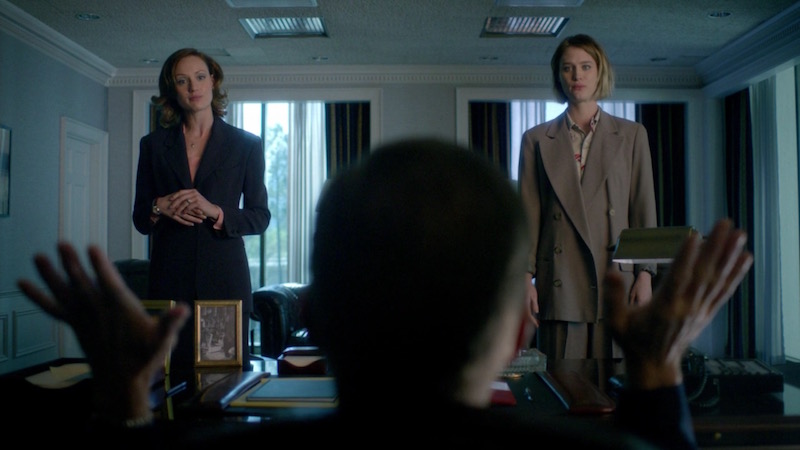 MacMillan and Jobs share the description of being the ‘ideas man’, foremost, and not above seeing a rival do something cutting-edge and beating them to market with a better version of a stolen idea. A ruthless business tactic Joe perhaps learned from being on the receiving end of such conduct in season 1, when his Giant portable PC was ripped off and improved upon by an underhanded competitor. By the end of the first hour, Joe’s announcing his intention to give away free anti-virus software called ‘Citadel’ to home consumers (only charging the big corporations), but he’s clearly not to be trusted. And we, as modern people living in an I.T-soaked world, know only too well how you can eventually monetise ‘free software’—either by selling the add-ons and next-level upgrades, or simply reneging on that decision once everyone’s fully dependent on your product.

I’ll admit this about Halt and Catch Fire: it’s unlikely that so many cornerstone ideas about modern computing would have come from the minds of this show’s core characters. But I guess that’s something you have to accept because it shows no sign of stopping. In the premiere, Mutiny are starting to realise the number of subscribers to their chat room is beginning to drop, despite the new addition of customisable avatars and ‘private chat’ rooms (which aren’t so private, we learn—foreshadowing a court action?) And during their discussion about how to claw back these losses, a prodigious coder called Ryan Ray (Manish Dayal) seems to know how to ensure user privacy—but at a cost they can’t afford right now. They’ll probably come to regret ignoring his warnings; not least because it appears to have pushed him into Joe’s orbit, as someone who will listen to his ideas and has the cash to make them into a reality. The kicker for Gordon being that he’d likewise started to realise Ryan’s potential, only to hesitate for long enough for Joe to swoop. 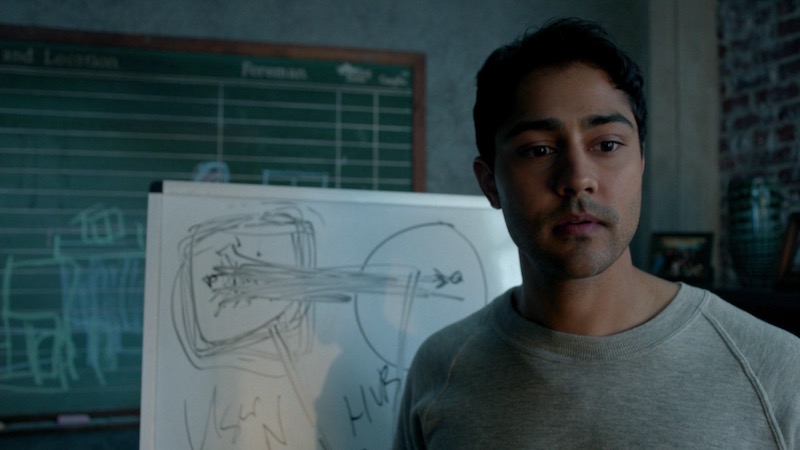 Interestingly, Cameron continues to hatch ideas that are forerunners of things very common today. Here, she realised bored users could be drawn back to their chat rooms if they find a way to deliver “transactional interactions”. A prototype of eBay, essentially. A fantastic idea that gave the second episode, “One Way or Another”, an opportunity to delve into the sexism of the times—with their slick pitch for a $1.4 million investment netting them an unexpected dinner meeting, where it soon became horribly clear they were being expected to prostitute themselves to even have a chance of getting the full amount. Fortunately, they found a more welcoming ear from fellow businesswoman Diane Gould (Annabeth Gish), whose only concern was the existence of a rival, 18-months further into development. Luckily, a rival she could help Mutiny buyout and reap the benefit of their 100,000-strong user base. It’s the sign of a great show when seeing Donna quietly celebrate in a toilet, unable to contain her excitement, provokes such joy in the viewer, too.

My original feelings about Halt and Catch Fire have been completely overturned by this stage. This is clearly a very good show, brimming with emotions—from the various frustrations and injustices the characters face in their attempts to be part of a cultural shift they can all sense coming, and the moments when they’re awarded notable victories along the way.

It’s a shame the series wasn’t great from the start, meaning newcomers face struggling through a very mixed first season before the kinks got ironed out, but I will still recommend it. If you’re interested in seeing a fictionalised ‘alternate reality’ of how the digital revolution happened 15 years ago, this is the place to be. 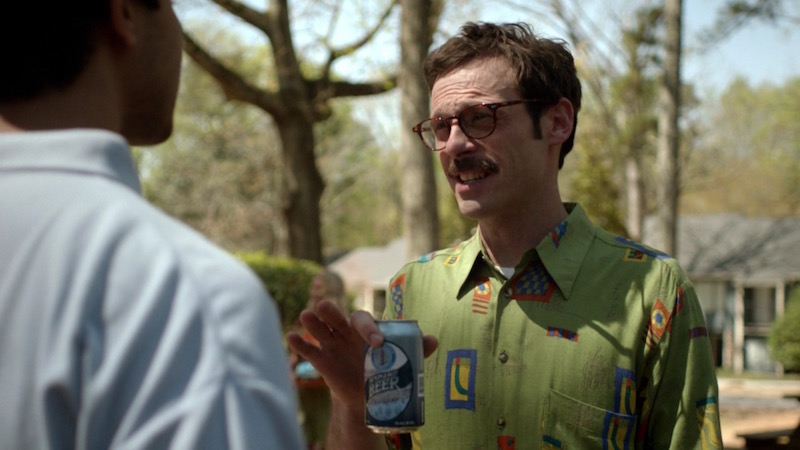 This atrocious lime green shirt with random shapes and symbols dotted all over. What was he thinking? I jotted ‘8 out of 1’ on my notepad of ‘What Not To Wear’, even during the decade that fashion forgot.