Swallows and Amazons, based on Arthur Ransome’s 1930 novel, follows the Walker family on their 1935 summer vacation. At the behest of their mother (Kelly Macdonald), the four eldest siblings set sail aboard the titular ‘Swallow’ boat and, seeking adventure, decide to conquer a remote island. The journey incorporates all the usual tropes of childhood nostalgia and family holidays: stone skimming, water-logged camping, familial bickering, and suchlike. However, the Walker’s idyllic trip goes awry after they encounter a rival clan nicknamed ‘The Amazons’, which results in a light-hearted battle to determine which tribe can remain on the island.

This narrative is intertwined with a subplot featuring the mysterious Jim Turner (Rafe Spall), a “travel writer” pursued by Lazlow (Andrew Scott), a secret service agent with unclear affiliations. As their paths cross with the Walker kids, the family also becomes embroiled in a tale of real-life espionage. 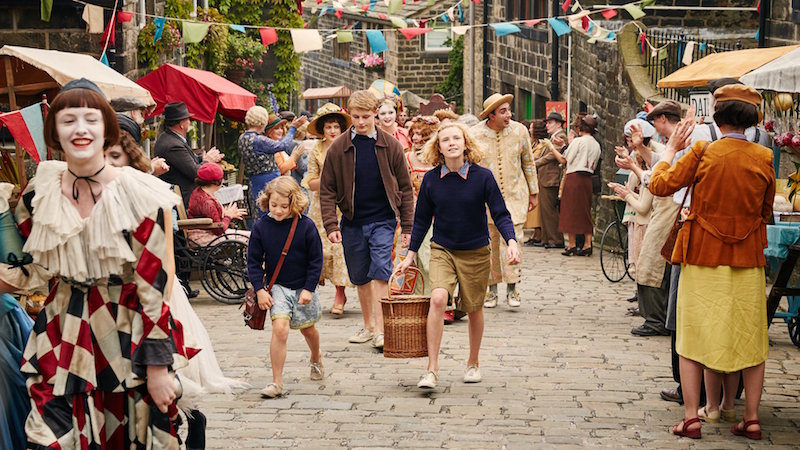 It has to be said, this film is awfully twee. If ever there was a movie that could product-place ginger beer, this is it. Director Philippa Lowthorpe, making her movie debut, has previously worked on the BBC’s Jamaica Inn and Call the Midwife, and this big screen adventure almost feels like a made-for-TV drama. Thankfully, Julian Court’s cinematography generates a welcome sense of cinema; the sweeping shots of the colourful Cumbrian landscape are especially breathtaking.

Spall and Scott are the main attractions; the former nailing an anti-hero role, while the latter Sherlock star convinces as another creepy antagonist. Their eventual first meeting on a houseboat is suitably tense and riveting. Macdonald also impresses as the Walker matriarch, supported well by recognisable British TV stars like Jessica Hynes, Harry Enfield, and John Henshaw. 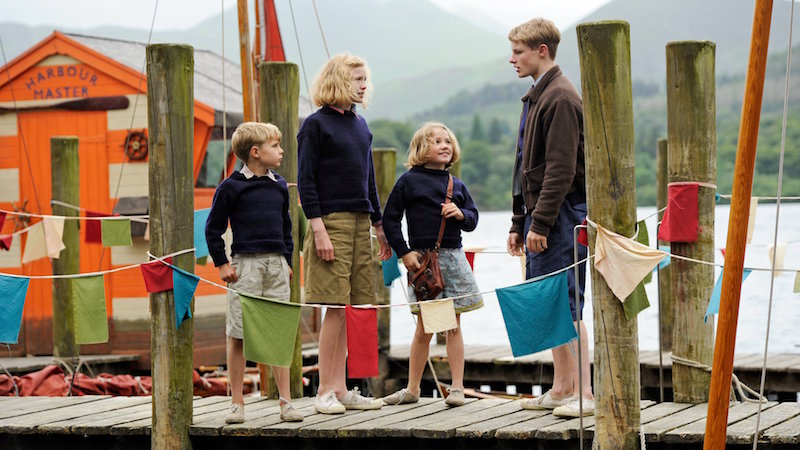 Due to the abundance of anthropomorphized animals in most family films, it makes a refreshing change to see flesh-and-blood children as the protagonists. However, given the quality of the adult actors, the youngsters occasionally struggle in comparison. Much of the film rests on the shoulders of the eldest children John (Dane Hughes) and Susan (Orla Hill), who grapple with hammy dialogue and appear slightly too old to be playing children so naive. In comparison, Tatty (Teddie-Rose Malleson Allen) and Roger (Bobby McCullouch) have a much easier job as the runts of the litter.

Fortunately, there’s a believable dynamic between the Walkers/Swallows to make us root for them. The Amazons, alas, don’t fare quite so well. Due to limited screen time, their characters are much less developed than the Walkers, so their feud is short-lived and with little incident. As a result, the quarrel between the two groups of children almost feels like a distraction from the adult plot taking place in the background.

It would be unfair to say Swallows and Amazons is an outright boring movie, but there are definitely sections that underwhelm and start to drag. One action scene genuinely features a man hiding behind a stack of tins before pushing them over in a corner shop. The film also features several sailing boat races which, no matter how well edited, completely fail to make your pulse quicken. Whilst I appreciate this is a family-friendly film, set during a more innocent time, the stakes also feel frustratingly low. The Walker children get into scrapes regularly but resolve every situation with ease, which prevents a sense of threat or danger from ever arising. 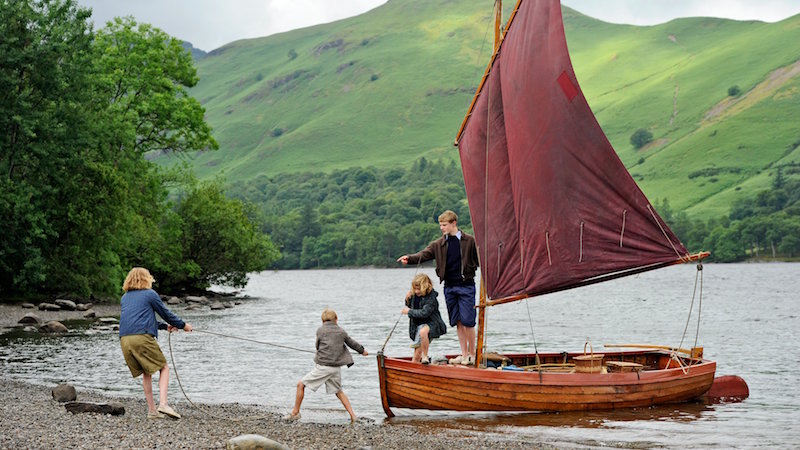 However, Tatty Walker’s narration, which delightfully misinterprets the adult storylines through the eyes of a child, is very effective. The parallels between the real spy games of Turner and Lazlow, and the imaginary pirate games between the children, is a clever and effective touch.  At its heart, Swallows and Amazons has a clear message about the importance of children embracing nature and refusing to be mollycoddled. Mrs. Walker is concerned that her kids spend too much time cooped up indoors and, although the film is set in bygone 1930s, this echoes the concerns of many parents today.

Whilst it’s admirable that the BFI is funding films for children about children, I do wonder whether this movie will find a big audience, even during the summer holidays. Can young viewers still identify with childhood adventures taking place over 80 years ago? As an adult, it was enjoyable to reminisce about a time before children were glued to computers and phones. Unfortunately, nostalgia doesn’t work on the young, and the movie’s old-fashioned sensibilities may feel alien to children weaned on faster-paced stories taking place in their own time.

writer: Andrea Gibb (based on the novel 'Swallows and Amazons' by Arthur Ransome).