Oh dear. For much of season 2, creator Sam Esmail’s teased us with titbits about how bad the world has become since fsociety’s hack. In this episode, the first not to feature Elliot at all (and I’m sure Rami Malek heaved a huge sigh of relief at being given a breather), he ripped back to curtain to reveal that it’s pretty bloody awful out there.

That said, no matter how much things were falling apart outside—as the FBI scrambled to cope post-fsociety’s hack, and Angela (Portia Doubleday) sung mournful Tears for Fears cover versions and half-heartedly picked up old men—it was nothing compared to what was going on in the confines of Susan Jacobs’ luxurious home. Here, things were increasingly tense as Darlene (Carly Chaikin) struggled to hold her Scooby Gang together with Mobley (Azhar Khan) increasingly looking for a way out, Trenton (Sunita Mani) worried about her family, and Cisco (Michael Drayer) played his own mysterious game. Enter Ms. Jacobs (and I do have to say this was pretty poor planning on fsociety’s part—did they really think she’d just stay away forever?) sparking a kidnapping, various confrontations, and eventually death. 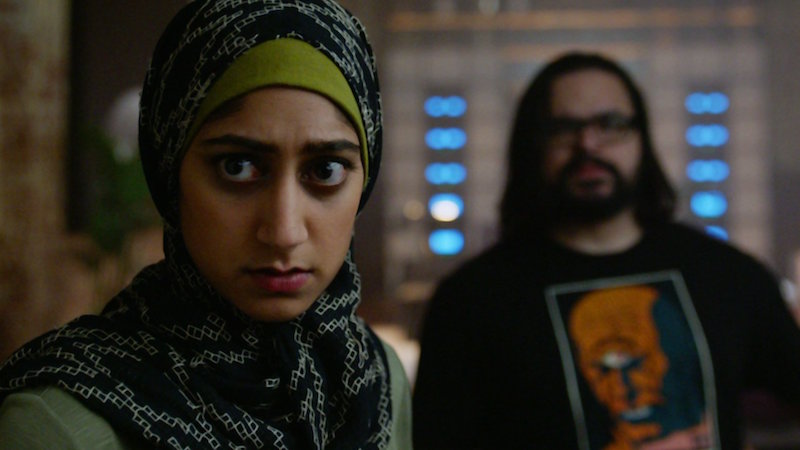 We do not back down… we will destroy you… we are fsociety.

In lesser hands this would’ve been fairly standard thriller territory, but it was raised out of the ordinary by two things: Esmail’s sharp, self-knowing writing, complete with smart references to Fargo and Breaking Bad (that worked precisely because they were the sort of mocking, knowingly ironic things these characters would say in this situation), and Chaikin’s performance as Darlene.

Darlene has always been something of a mystery on this show—intentionally, for much of the first season, where we couldn’t know how close her relationship to Elliot really was. Her motivations are often opaque—how strong a connection does she really have to the Dark Army? What’s her real interest in fsociety beyond a desire to watch the world burn, and a clear hero worship of her brother that’s only partially tempered by her caustic wit?

This week provided some answers, as we learned Darlene is just as affected by her horrendous childhood as her brother, that she can kill and then give the appearance of not flinching, and that both her paranoia and a need for justice are intertwined. The fascinating thing about her decision to kill Susan (tasering her while knowing she had a heart condition), is that we, like Darlene herself, didn’t expect her to go through with it. “I kept thinking something would make me stop,” she told Cisco with heartbreaking blankness. It didn’t, and the repercussions from that are certain to echo for some time. 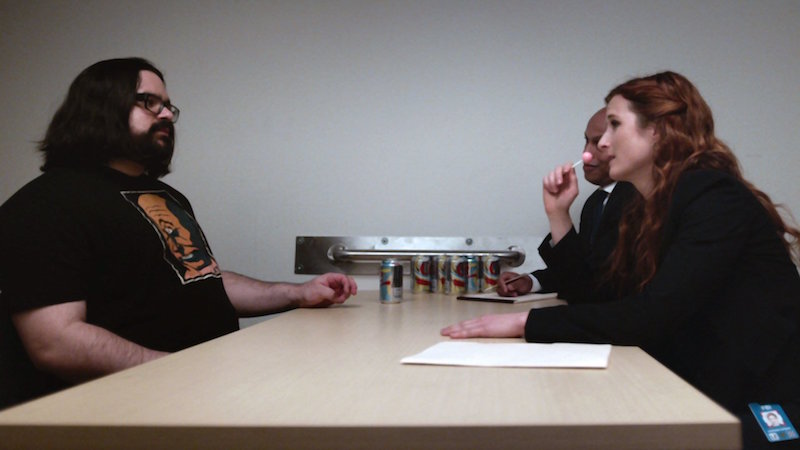 I’m 27. I’ve a six-figure salary in the biggest conglomerate in history, and I’m just getting started. That’s who I am.

I know not everybody has been happy about this second season, but I forgive Esmail a lot; both for the reach of his ambition, and for his ability to create at least one spine-tinglingly eerie moment every week. This week the honours went to Angela, who attended a karaoke evening with her FBI plant boyfriend. whom she promptly ignored in favour of getting drunk, insulting an old friend of her father’s (who to be fair had brutally insulted her first calling her a whore and a sell-out), performing a haunting version of “Everybody Wants to Rule the World”, and then picking up a middle-aged barfly in one of the most depressing chat-up scenes since Michael Fassbender’s trawls through New York’s bars in Shame. It was both hugely dispiriting and oddly perfect. In particular, her off-kilter singing scene, eerily reciting the lines “Help me make the most/ Of freedom and of pleasure/Nothing ever lasts forever.” It recalled nothing so much as David Lynch—and not for the first time I found myself wondering if Twin Peaks is Esmail’s biggest influence after all. 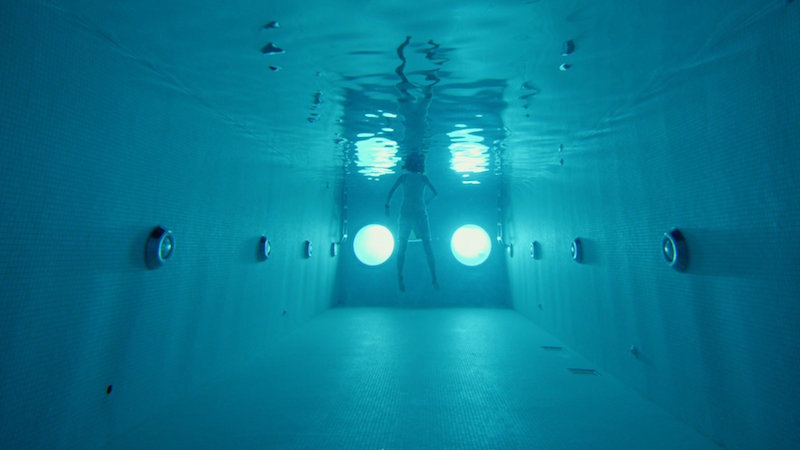 A solid zero this week. Maybe it’s because Elliot wasn’t around, but this was Mr. Robot’s most straightforward episode ever. We all need to take a break sometimes.

So what did you think? Were you surprised when Darlene murdered Susan? Is 2000 Ecoins enough to keep the dog pound man from blowing the whistle on fsociety? And did Mobley bail on Trenton or just head to the wrong Ron’s Coffee Shop by mistake? (Hey it happens!). As ever, all speculation and no spoilers are welcome below…