The Coen brothers’ filmography is heavily populated with desks and the men who sit behind them. In the Coens’ universe, desks serve to define the power dynamic for the characters sitting on either side of them; for the person behind it, the desk signifies control or, in the case of characters like Fargo’s Jerry Lundegaard and (the big) Jeffrey Lebowski, the illusion of it.

In Hail, Caesar!, our hero is one such man behind a desk: Eddie Mannix (Josh Brolin), the head of production at Capital Pictures (namesake of a real MGM employee, but the similarities apparently end there). We follow Mannix over the course of about 36 busy hours, where he presides over not just the movies being filmed on the lot, but also the lives and reputations of the studio’s stars. He’s our main man behind a desk—Capital Pictures was also the name of the studio in the Coens’ Barton Fink, but we never meet the film’s bullying studio head Jack Lipnick or his successors (Barton Fink took place in 1941, while Hail, Caesar! is set sometime during the early ’50s). Compared to Barton Fink’s corrosive portrait of a hellish Hollywood where studio execs have the power to destroy artists’ very lives, Hail, Caesar! is a surprisingly sunny look at old Hollywood; this being a Coen brothers movie, the Capital lot has no shortage of buffoons, but there are also a few genuine good guys among them. 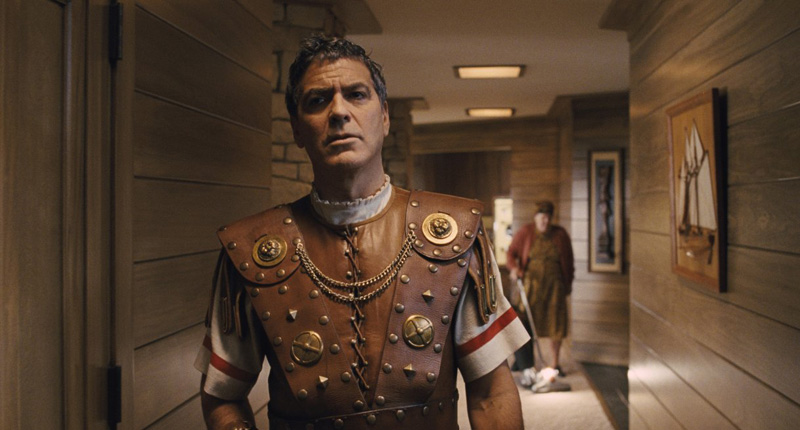 The Coens favour kidnapping plots and briefcases full of money almost as much as desks, and Mannix’s biggest problem is the kidnapping of star Baird Whitlock (George Clooney) from the set of big-budget Biblical epic Hail, Caesar! A Tale of the Christ. Whitlock is held for ransom by ‘The Future’, a group of Communist screenwriters who see their ransom as payback for being exploited by the capitalist studio. The scenes where characters actors like Fred Melamed and David Krumholtz appear in a roomful of dyspeptic eggheads, explaining Marx to Clooney’s dumb-but-interested movie star, are a comic high point; that the audience I saw it with were dead silent during those scenes (and, honestly, most of the movie) only made it funnier to me. This is the Coens’ broadest comedy since their remake of The Ladykillers, and it’s better than The Ladykillers; but like that film, it’s perversely committed to its own logic and weird narrative digressions, even if that means alienating much of an audience that show up for a movie with Channing Tatum dancing in a sailor suit. 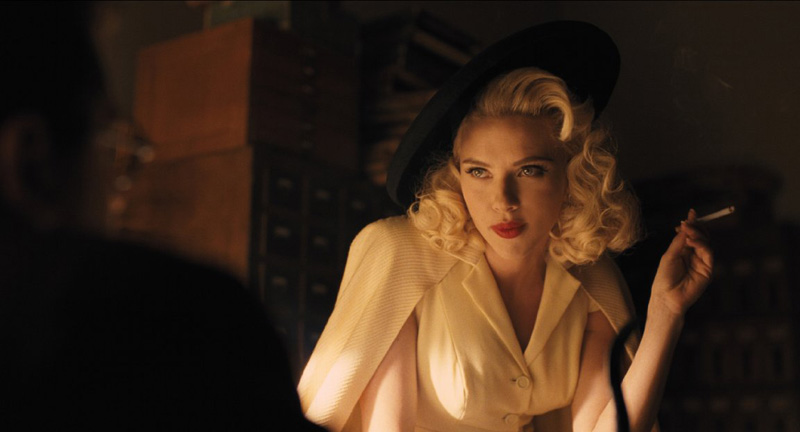 That sequence is another highlight, as Tatum and a chorus of strapping young men perform the goofily homoerotic number “No Dames”. The movie’s episodic structure allows for digressions like this, as Mannix’s problems also include newly pregnant, unmarried actress DeeAnna Moran (Scarlett Johansson, who spends much of her time stuck in a ‘fish ass’) and Hobie Doyle (Alden Ehrenreich), a Western star awkwardly cast in a period piece directed by Laurence Laurentz (Ralph Fiennes). All of these stars are a pleasure in their brief roles, and Ehrenreich steals the movie as a movie cowboy who proves to be a real-life hero (even if the scenario in which he proves his heroism is completely ridiculous). And Brolin does a great job anchoring the movie; Mannix, who compulsively goes to confession and can’t decide whether to accept a job offer from Lockheed (a restaurant table doubles as a desk for the company’s shady emissary), is fighting, in his way, to uphold some kind of moral order in the face of an uncertain future and a world where, as we’re reminded more than once, the Godhead hasn’t been shot yet. 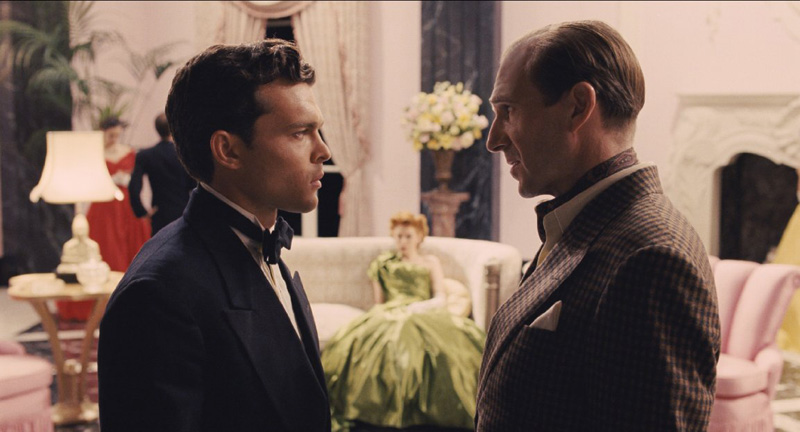 If Hail, Caesar! ranks a bit below the Coens’ recent output for me, it’s not because the movie lacks for hilarious moments or gorgeous recreations of old school Hollywood filmmaking. On the whole, though, it feels a bit disjointed, with broad caricatures played by familiar stars often standing in for actual characters. I love the idea of Tilda Swinton playing twin columnist, and any excuse to have Swinton delivering fast-paced dialogue in a clipped mid-Atlantic accent while wearing a hat with a ridiculous feather is fine by me. But her accent and the hat are the whole character, and with the exception of Brolin and Ehrenreich, most of the characters are similarly sketchy.

I was reminded of The Hudsucker Proxy the most, which contains great characters like Jennifer Jason Leigh’s Amy Archer, but also Paul Newman as ‘Paul Newman acting gruff while standing behind a desk’. That said, I’ve grown to love The Hudsucker Proxy over the years, and most of the Coens’ oeuvre improve with repeat viewings. There’s certainly enough going on under the movie’s surface to make me want to return to it; after all, it took five or six viewings of The Big Lebowski to make me realise that it’s actually about post-’60s American politics and foreign policy. And even if the brothers are just having a laugh and all of the talk about Marx and Kapital is just a pretence to have Clooney stuck in a ridiculous Roman centurion costume for an entire movie, I’m basically okay with that too.