Best-selling author Juliet Ashton (Lily James) was engaged to a handsome American soldier (Glen Powell) who died during WWII. Struggling with grief in the postwar years, unhappy living as a widow, and longing for something to tap into creatively, Juliet receives a letter from offshore pig farmer Dawsey Adams (Michiel Huisman), who recounts the story of the ‘Guernsey Literary and Potato Peel Pie Society’. This is a book club featuring a typically British selection of eccentrics (played by Tom Courtenay, Penelope Wilton, Katherine Parkinson, etc.), all of whom used their quirky mischievousness as an act of defiance against Nazi occupation.

Juliet sees this unusual society as an opportunity to write an article for The Times’ Literary Supplement about the benefits of literature, so travels to the island for research, only to find that while some greet her like an old friend and celebrity, others don’t trust her good intentions. Juliet later learns that one of the founding members, Elizabeth McKenna (Downton Abbey’s Jessica Brown Findlay), was arrested and sent to a French prison by the Germans and is yet to return home despite the war having ended. 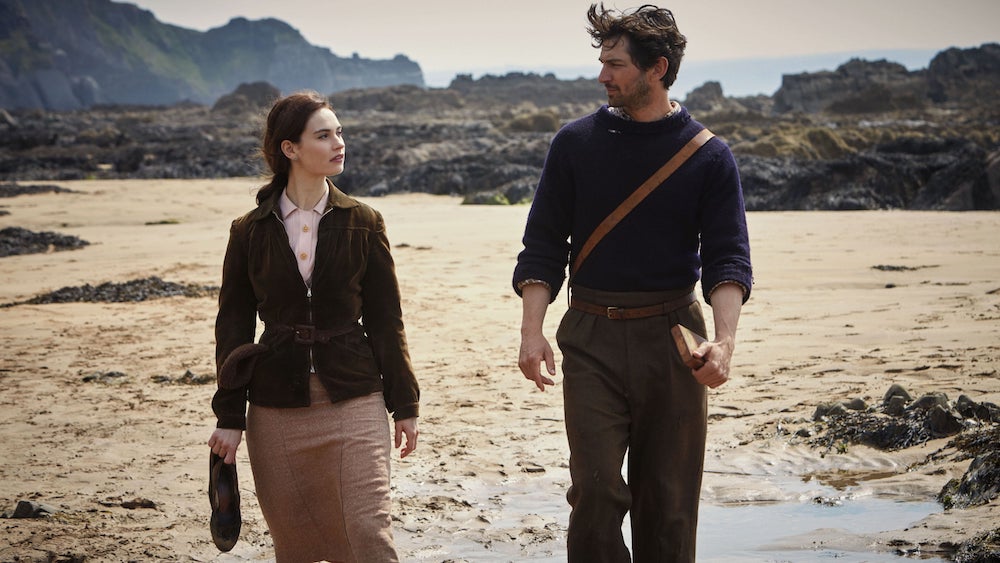 Instead of returning home, Juliet remains in Guernsey to find out more about the German occupation, and various members of the society slowly start to reveal truths about Elizabeth’s disappearance and her daughter Kit (Florence Keen). But such painful secrets are glossed over, in favour of showing Juliet’s blossoming relationship with one of cinema’s most handsome pig farmer.

The tragic plot about a missing society member and Nazi occupation is played worrying light. The possibility of a dark plot is coated in sugar, assisted by James’s wondrously quizzical looks and Huisman chasing pigs in cosy sweaters. The only tangible poignancy comes from Penelope Wilton as a woman called Amelia Maugery, who’s already lost too much to the war and won’t lose any more. The film romanticises a devastating war that killed 50 million people, with scenes of the Blitz edited to look like tranquil dream sequences. There’s something to be said, in this current climate, about a film that doesn’t speak of the horrors of war but instead the courage of those living within, for sure, but in places it feels a little insensitive to those who really suffered during the Channel Island’s Nazi occupation. 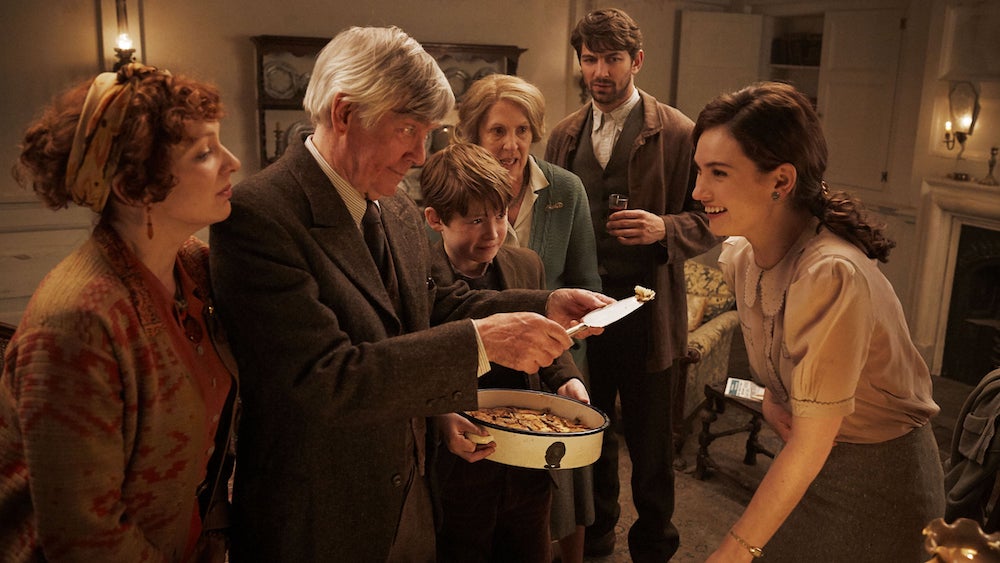 The plot and mystery is put on the back-burner as director Mike Newell (Four Wedding and a Funeral) indulges in period detail that plays on the nostalgia for the good ol’ days of decent hardworking folk. Guernsey itself (portrayed by a combination of Cornwall and Devon), looks glorious on camera, and is a slightly misleading tourism advert. James does her best with a thin character, who inexpiably leaves a book tour to visit an island based solely on a letter, but many of her co-star’s talents go to waste…

Matthew Goode (The Crown) gets barely anything to work with as Juliet’s agent, most of Jessica Brown Findlay’s scenes appear to have ended up on the cutting room floor, and Bronagh Gallagher (The Commitments) gets to play little more than a cliched stern landlady. However, 14-year-old Kit Connor, as postboy Eli Ramsey, gives a standout performance, especially impressive when considering his scenes were nearly all with veteran Tom Courtenay.

Adapted from Annie Barrow’s 2008 novel of the same name, The Guernsey Literary and Potato Peel Pie Society is a security blanket Sunday afternoon film better suited to the miniseries format. It’s been distributed by Netflix in many overseas territories, which seems the best place for it. Many will discredit the movie, but there is something oddly charming about it. It’s twee and idealistic, believing there’s good in everything and everyone, and today we all need a bit of daydreaming. 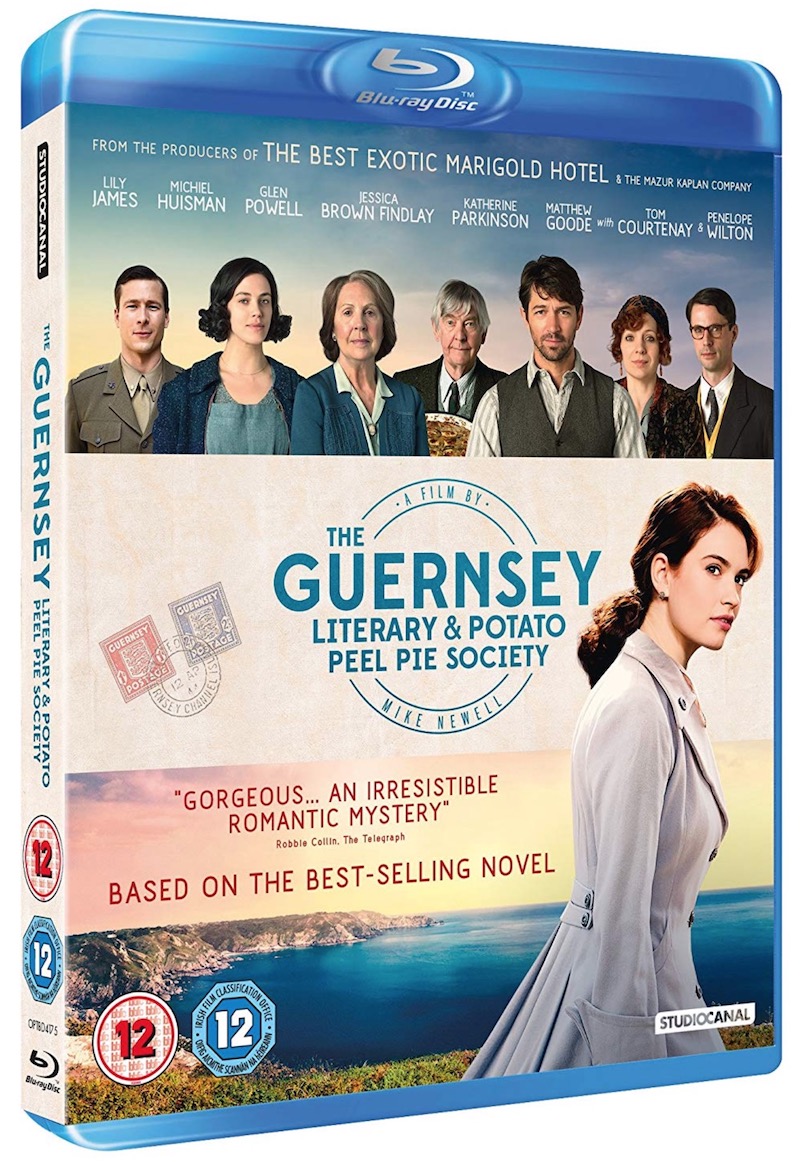