Deep in the darkest of shadows, tucked away in the basement of cinema, lurk the most loathsome and depraved movies one could ever have the pleasure, or misfortune, of seeing. From The Last House on the Left and Salo, through to Irreversible, Martyrs, A Serbian Film, and The Human Centipede, boundaries have been stretched to their limits (and perhaps beyond), to the point they cause walkouts in cinemas. It can be seen as a badge of honour to say you’ve survived the experience of watching one of these movies, though whether you managed it without vomiting or turning away is a whole other challenge. These are films that make The Texas Chain Saw Massacre look like the latest Disney; foregoing subtlety and suggestion in favour of all the blood, gore, sex, and violence they can muster.

There is simply nowhere to hide.

The latest in a long line of stomach-churning films is Mexican-French horror Tenemos La Carne (translation: We are the Flesh). If you’re a horror aficionado, then no doubt you’ve heard rumblings about it from various film festivals, and I can say with absolute certainty that everything you’ve heard is true. Writer-director Emiliano Rocha Minter has concocted something that sits proudly alongside the sexuality of Antichrist and the mind-boggling visual intensity of Requiem for a Dream, but which has its own unique approach, feeling both horrifically familiar and like nothing you’ve experienced. 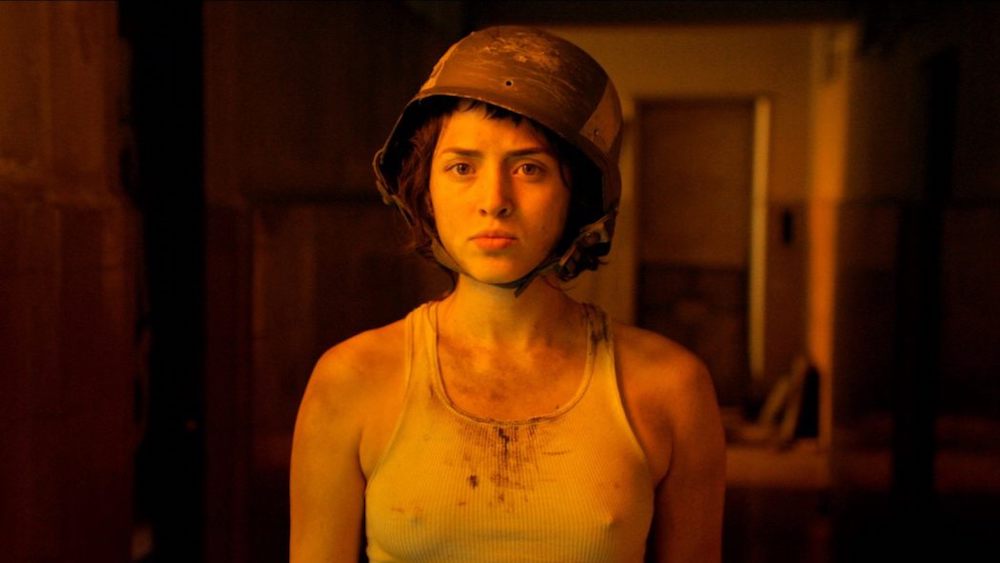 We are the Flesh does focus on telling a story for awhile, especially in an effort to build up the early relationships between the characters. A post-apocalyptic city plays host to brother and sister Lucio (Diego Gamaliel) and Fauna (María Evoli), who are struggling to stay alive and end up crossing paths with Mariano (Noé Hernández), who offers them a lifeline. He initially wants them to help with his building, but this slowly turns into an increasingly twisted and desperate situation.

Once We are the Flesh seems to lose interest in portraying its curious vision of the future, the movie spirals out of control and bounces from one nasty scene to another. It really gets to the point where you’ve seen so much that you become numb to it. By the time you’re getting close-up views of genitalia, the intended impact is lacking. It would be unfair to say there’s no attempt at fleshing out the characters, but they certainly take a back seat to the all too regular shock tactics. The twisted relationship between Fauna and Mariano steals many scenes, but again it’s somewhat overshadowed by the grotesquery. As the film builds to its cannibalistic crescendo you’re left wondering what the point was, and a well delivered ending isn’t quite enough to save it.

So, we end with the question of where We are the Flesh sits in the pantheon of horror, and it’s a tough call to make. If you have no previous experience of seeing extreme sex and violence depicted in movies, then this will no doubt rock you to your core, and you’ll struggle to sleep afterwards. But, compared to the more uncomfortable moments in A Serbian Film or Salo, the darkest moments in We are the Flesh feel easy to cope with for a “seasoned veteran” of the genre’s.

It comes down to context and tone and We are the Flesh struggles to make anything matter and truly mean something on a deeper level.
There are the ingredients of a potentially good film here, but it’s imbalanced and ends up underwhelming. Clearly Minter would like to think there’s a message being delivered by the movie, but it’s not one that has the desired impact. For all the hype and buzz surrounding We are the Flesh in horror circles, it plays out like a mess wishing it was as good as the hyperbole surrounding it. You can’t help but feel like it could have been so much more.

We are the Flesh is streaming exclusively on Shudder.