British indies often provide a great tonic to the bombastic nature of Hollywood. While the US studios are happy to finance astronomical budgets with big star names, the UK’s output is usually more grounded and character-driven. You’re usually safe in the knowledge that British cinema’s going to deliver something slightly bleak and very personal. Gareth Tunley’s The Ghoul is certainly no exception.

Written and directed by Tunley, with an IMDb page full of TV credits like Russell Howard’s Good News, Crackanory, and The Wrong Door, one could be forgiven for expecting something funnier. Dig deeper and you’ll discover the lead actor, Tom Meeten, also has a strong comedy background with appearances in The Mighty Boosh and Noel Fielding’s Luxury Comedy.

Things start to get a little incestuous when you realise Alice Lowe (who worked on Sightseers with Meeten), and almost everyone else appeared in Paddington. Then Rufus Jones appears, who’s been in every decent British comedy of the past decade, like Stag and Camping; followed by Paul Kaye (Thoros of Myr in Game of Thrones), who many will remember as anarchic reporter Dennis Pennis.

All things considered, The Ghoul gathers a phenomenal cast of British talent, and yet what we have here is one of the most intense and bleak dramas I’ve seen in years. It’s unsettling to see people you’re so used to making you cry with laughter suddenly thrust into such a horrifying and perplexing storyline. Tunley plays with audience expectations very well. There’s an air of familiarity and humour to everything, but The Ghoul is mostly played straight.

Meeten plays Chris, a homicide detective drawn towards an unusual case: people shot numerous times, who somehow kept moving despite the bullet hits. Right from the get-go we’re thrown into a world of gloomy and suspicion, presenting a forlorn and unflinching view of life. Waen Shepherd’s soundtrack is vital to setting the tone. It feels like it’s channelling the most nerve-racking parts of Twin Peaks on occasion, while taking its time to build tension and allow us to fall deeper into Chris’ life. Only what we’re shown is so jumbled and twisted that we’re never quite sure what we’re watching.

In order to crack the case, Chris follows a tricky path. On advice from Kathleen (Lowe) and Jim (Dan Skinner), he pursues an undercover investigation while seeing local psychiatrist Helen (Niamh Cusack). What follows is a disorienting and questionable character study where the audience are guided by Chris’ behaviour and what he sees. The more his reality becomes confused, the more desperate he becomes, and the more extreme the outcome. He follows Coulson (Jones), another patient with suspicions about Helen. Is she up to something with another therapist, Alexander Morland (Geoffrey McGivern), or is all of this simply in everyone’s heads?

And that’s the real point of The Ghoul. That we’re left feeling as unstable as Chris does. We don’t know which reality is the one to believe in, and we can’t be sure who’s telling the truth, or how these characters are really interacting.

Tunley’s direction and writing is deliberately obtuse, with a mix of wide open spaces in London with mesmerising lighting, and claustrophobic rooms that make you feel trapped. No matter where Chris is he can’t escape the sense of foreboding, and Shepherd’s score underpins this perfectly, by allowing the viewer to get completely caught up in this infinite loop of delusion.

Meeten plays Chris with a dark and unstable edge that unfolds more as the film goes on, and makes for a captivating lead. The supporting cast all play their parts very well, with McGivern especially sinking his teeth into the most eclectic role of them all, while Lowe delivers a multifaceted character with the professionalism we’ve all come to expect from her since the days of Garth Marenghi’s Darkplace.

As a whole, The Ghoul is one of those films that leaves its audience to make their own minds up about the characters. There’s no definite answer to many of your questions, or is there? It’s that element of lingering doubt that will keep you up at night, thinking. I love movies that leave a little to the imagination and are open to interpretation, but others might find it rather perplexing and a little bit frustrating. The Ghoul isn’t a movie for everyone, but it’s Meeten’s best work thus far, and Tunley does a sterling job of bringing his own script to life alongside Shepherd’s intense aural trip.

By the end, you’ll feel drained, but it’s a journey well worth taking. 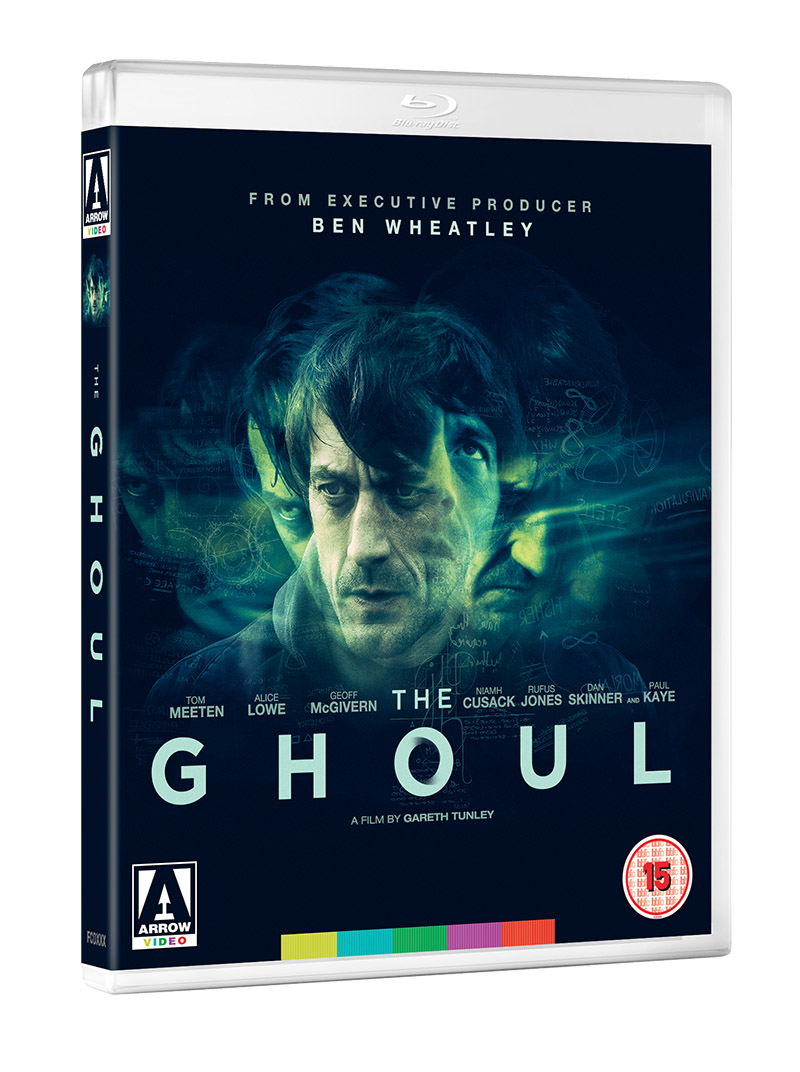