This year, of all years, has been crying out for the perfect family film to lift the general doom and gloom, and trust J.K Rowling to provide one. Fantastic Beasts and Where to Find Them roars into cinemas at just the right time, giving a shot in the arm to an underperforming box-office and spreading some much needed magical cheer.

The year is 1926. Fascism is on the rise in the magical community, thanks to the dark wizard Gellert Grindelwald, and awkward magizoologist Newt Scamander (Eddie Redmayne), a man who’s a genius with animals but unable to look most humans in the eyes when he speaks, is on a trip to New York. Unfortunately for Newt, he happens to be carrying his many magical beasts around with him in a very special briefcase and when he collides with ‘no-maj’ (the American term for ‘muggles’) Jacob Kowalski (Dan Fogler) the case gets lost, the animals escape, and all hell breaks out on the streets of the Big Apple Meanwhile, suave Director of Magical Security, Percival Graves (Colin Farrell), is busy with his own investigation, one that appears to involve a mysterious dark force that’s also terrorising the city… 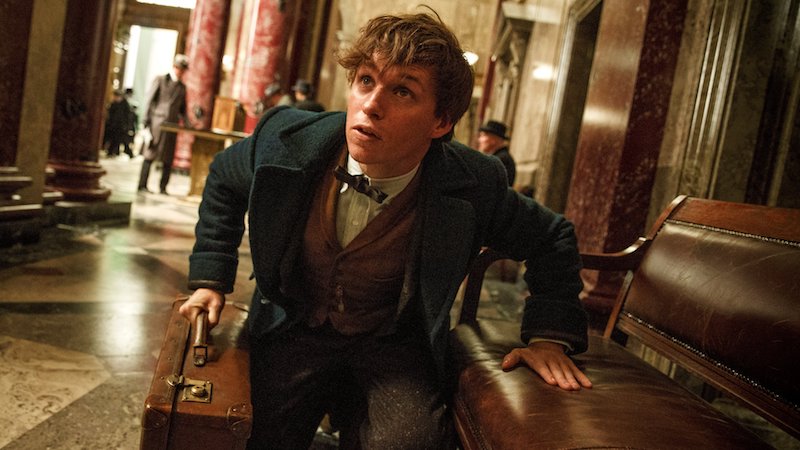 As ever with Rowling, who wrote this film, her debut screenplay, it’s not really the plot that’s important so much as her ability to create fully immersive and entertaining worlds. From the opening scenes, in which the nervous Newt strides wide-eyed through the bustling streets, to the closing moments when New York rises again, indomitable, from the rubble, it’s obvious that as much care has gone into creating this new world as went into Harry Potter’s Hogwarts. (She’s helped here by the return of David Yates, who directed the last four Harry Potter movies, and who ensures Fantastic Beasts feels very much of a part of the Potterverse despite its differences.)

Along the way there are some lovely moments: Rowling nods as much to the fictional history of prohibition New York as to the reality, with sisters Porpentina “Tina” (Katherine Waterston) and Queenie Goldstein (Alison Sudol) having more than a hint of Guys and Dolls’ Sarah Brown and Miss Adelaide about them, and her witty script touches on everything from inter-magical relationships to the way in which the beasts themselves are treated by the wizarding world. 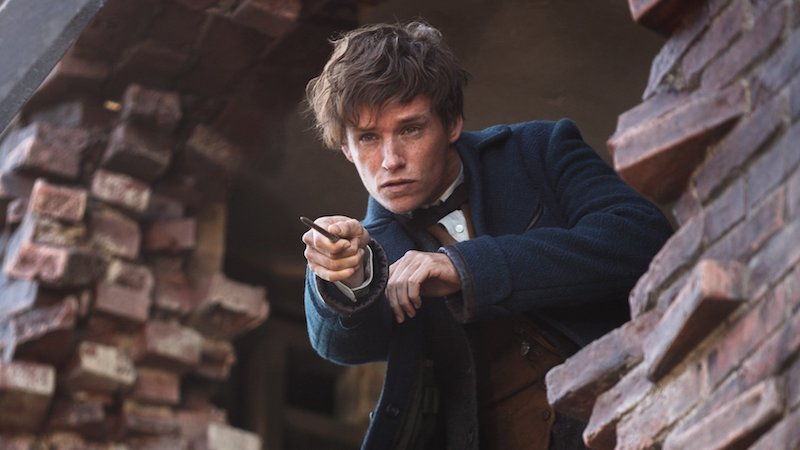 The performances, too, are a delight. As Newt, the ultimate eccentric English gentleman amateur abroad, Redmayne perfectly marries clever physical comedy with a deceptively light delivery. It’s the sort of performance that could easily irritate in the wrong hands, but Redmayne makes us believe both in Newt’s warm heart and his damaged soul. He’s matched by Dan Fogler’s Jacob, a big-hearted lug of a man who dreams of owning a bakery and who makes all around him happy simply because he himself takes such pleasure in life.

Then there’s Katherine Waterston, who gives a subtly affecting performance as Tina, a woman who’s just as awkward and damaged as the man she finds herself growing close to. And also Alison Sudol (Transparent), better known as a musician, who’s an absolute delight as the telepathic Queenie; a smoky-voiced bombshell who can’t help reading the thoughts of all around her and who remarks to Jacob “don’t worry about it, honey, most men have those thoughts on first meeting me.” As for the beasts themselves they’re a glorious mixture of the unbelievably cute (in particular the glitter obsessed Niffler) and the downright scary, although Newt would be quick to stress that even the most fearsome, such as the black-clouded Obscura, would never hurt anyone. 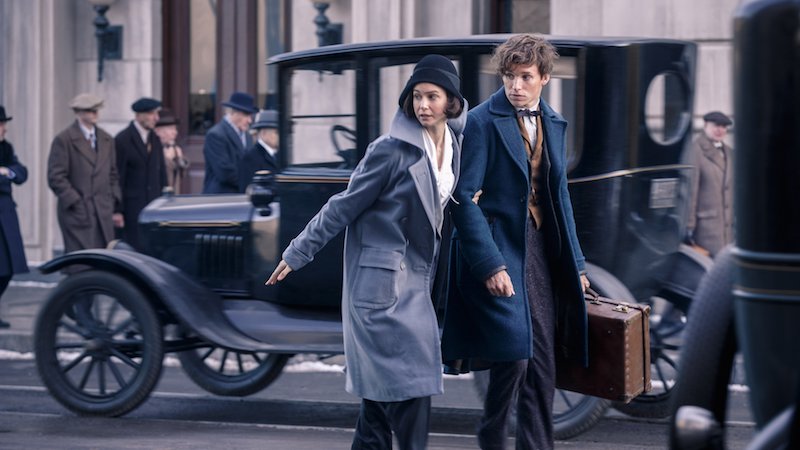 It’s not all knocking back giggle water in speakeasies and trying to round up Newt’s magical menagerie, however. Ezra Miller’s abused Credence, kept in a state of near terror by his fearsome god-fearing foster mother (Samantha Morton, making the most of a small role) has a sad and affecting storyline, and there’s a clever cameo from a Hollywood megastar at the end. Although I’m not sure it would be wise to allow this frequently over-the-top actor to seize centre stage in the four proposed sequels.

One of the great joys of Rowling’s work has always been the way that she never hides away from the dark side of her world, and thus a key part of Fantastic Beasts is the battle raging for the soul of prohibition-era New York as the glamorous President of Magical Congress, Seraphina Picquery (a memorable Carmen Ejogo) attempts to chart a safe course between protecting her people and ensuring that magic is not suppressed. As the film progresses, so Rowling asks difficult questions about whether she’s right to insist that wizards lay low and hide, or if they should instead stand and fight their ground. It’s a question that finds resonance in our current climate, but for now let’s sit back and enjoy Fantastic Beasts for what it is: a delightfully overstuffed Christmas treat come both early and, thankfully, just in the nick of time.