Love, life, tragedy, estranged teenagers, pastel-colours, a soundtrack full of sad D minor chords…. formulaic tearjerkers have been a safe bet for decades. But Five Feet Apart, another tale of sick adolescents falling in love during tough circumstances, manages to offer more than that.

The film tackles cystic fibrosis (CF), a genetic disorder in which glands of the body become dysfunctional and produce thick mucus. The consequences for patients are devastating (persistent coughing, breathlessness, reduced productivity), and complications that reduce the average life span to 37 years. CF patients must also maintain at least a six feet distance (not five) from each other, in order to prevent deadly cross-infection. And that makes it difficult for sufferers to support each other.

One victim of this disease is Stella (Haley Lu Richardson), a charming 17-year-old participating in a clinical trial of a new drug to combat CF. Stella looks at life outside the hospital as a caged bird would and keeps her spirits up by choosing to believe she’ll one day live normally again after the end of the exhausting treatment. While going through her ordeal, Stella still finds time to develop mobile phone apps, hang with fellow CF sufferer Poe (Moises Arias), and share her journey on YouTube.

Her conscientious struggle against CF faces an intervention when a new patient, Will (Cole Sprouse), is also enrolled in the trial. He’s lost hope over a lifelong struggle with the disease and now doesn’t believe anything can improve his condition. He chooses to express his despair by  breaking the rules; performing dangerous acts, mocking those still with hope, and generally creating chaos. Will only feels in control when drawing. His unruliness, contrasted with Stella’s levelheadedness, creates a spark when they meet; Will is attracted to Stella for her upbeat approach to life, while Stella becomes obsessed with Will because he refuses to follow the treatment properly.

Stella forces Will to follow the treatment by allowing him to draw a sketch of her, creating an app to make sure Will follows his CF treatment. They slowly develop a friendship as Will realises Stella has other tragedies in her life outside of CF, gradually falling in love with her. However, the ‘Six Feet Rule’ means he can never touch her. 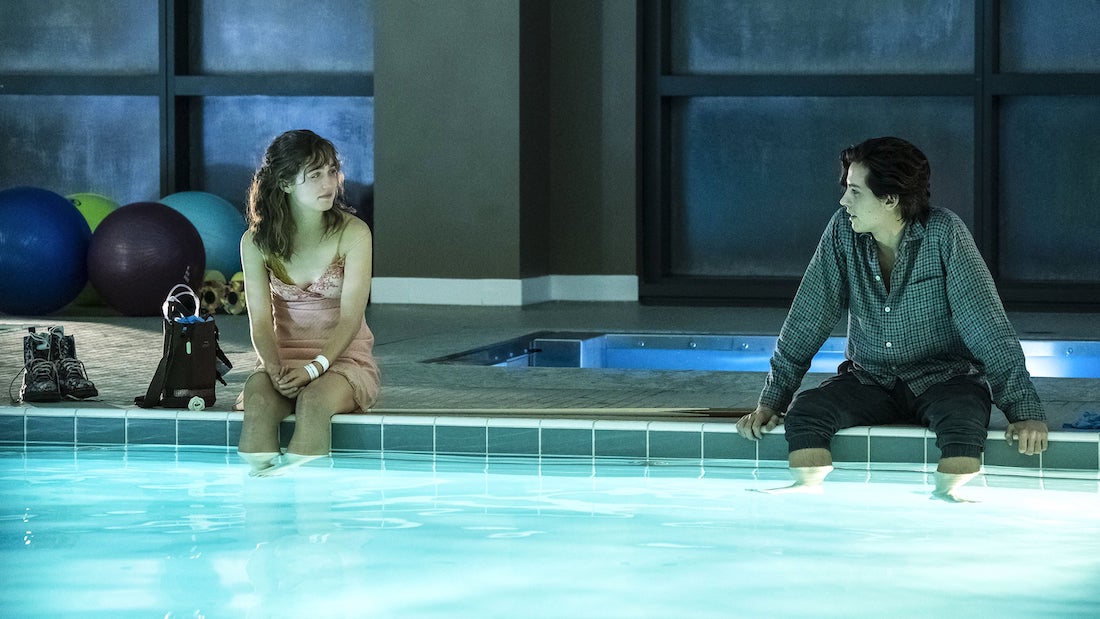 Justin Baldoni was lauded for his inspiring documentary series My Last Days about the lives of terminally ill people, and his first movie touches on many of the same ideas. The director’s documentarian approach allows the audience to understand the painstaking journey Stella’s going through. The character’s story was inspired by real-life CF patient Claire Wineland, who died from a stroke after undergoing a lung transplant at the age of 21. Baldoni met Wineland during his documentary filmmaking days and made her a consultant for this movie. Her insights helped him to craft a fictional drama that feels real as a biography.

Baldoni and cinematographer Frank G. DeMarco (All Is Lost) smartly use warm colours to dilute the stark hospital environment, which is certainly an unlikely place for a romance to blossom. Their work is complemented by an uplifting soundtrack Brian Tyler and Breton Vivian that evokes both inspiration and sadness.

The movie ticks boxes in every department and is a pleasure to watch. But it excels thanks to the performance, which help stretches it beyond some other movies in its category. Haley Lu Richardson (The Edge of Seventeen) plays Stella in an ardent manner, using carefully measured movements that are a constant reminder of her illness. The sadness in her eyes perfectly balanced with the moments of joy.

As Will, Cole Sprouse has more opportunity than the other actors because his character goes through multiple layers of transformation, but he’s only ever acceptable. And that’s disappointing considering the potential of this role. Some of the limitations with Sprouse are ameliorated by Moisés Arias’s uplifting performance as Poe, whose presence provides a welcome respite from the melancholy.

Five Feet Apart is Hollywood’s first attempt at portraying the anguish of cystic fibrosis. Although woven through a ‘sad teen romance’ drama by a director experienced in stories about terminally ill people, the movie provides more than stirring emotions and tears. It introduces us to the dark side of a disease that steals young lives away. 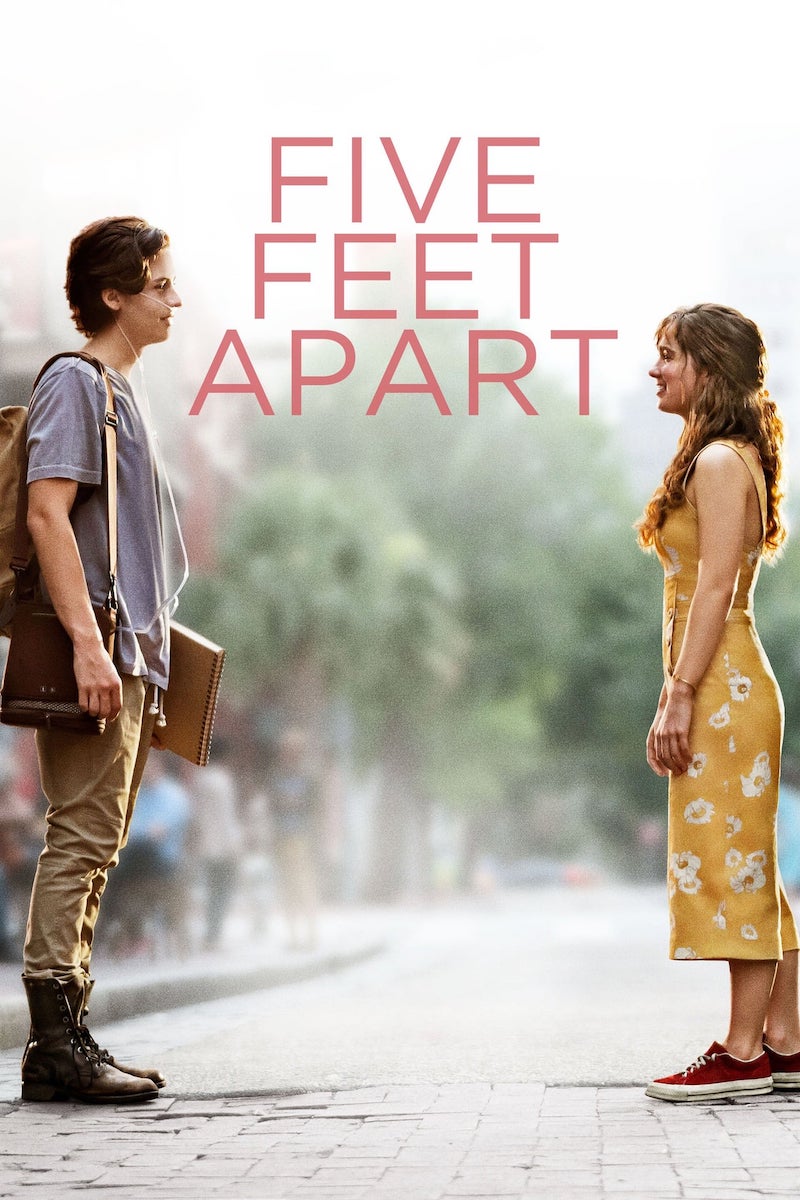