While the world’s arguing over the future of The Walking Dead (all things Negan, and whether the show has lost the plot), spin-off Fear the Walking Dead has been steadily improving with each passing season. It’s almost as if there’s a correlation between how bad the main series gets and how good FtWD becomes. I’ve been a fan from day one, enjoying the tension and horror far more than what The Walking Dead has managed in recent times. It’s a crime that FtWD only manages to attract 2-3 million viewers an episode in the US, while the original still achieves highs of 11 million.

Most of the discussion revolving around FtWD has been about the upcoming crossover, where a character from The Walking Dead will jump ship and be featured in this spin-off. Hopefully it’ll bring some deserved attention to a drama that’s managed to quietly succeed on its own merits and is underrated by so many. And yet, funnily enough, this third season cemented the original characters to the point where a crossover stunt doesn’t feel necessary. I’d be far more interested in seeing some of these people join the main show, rather than the other way round.

Spoilers ahead for season 1 and 2. 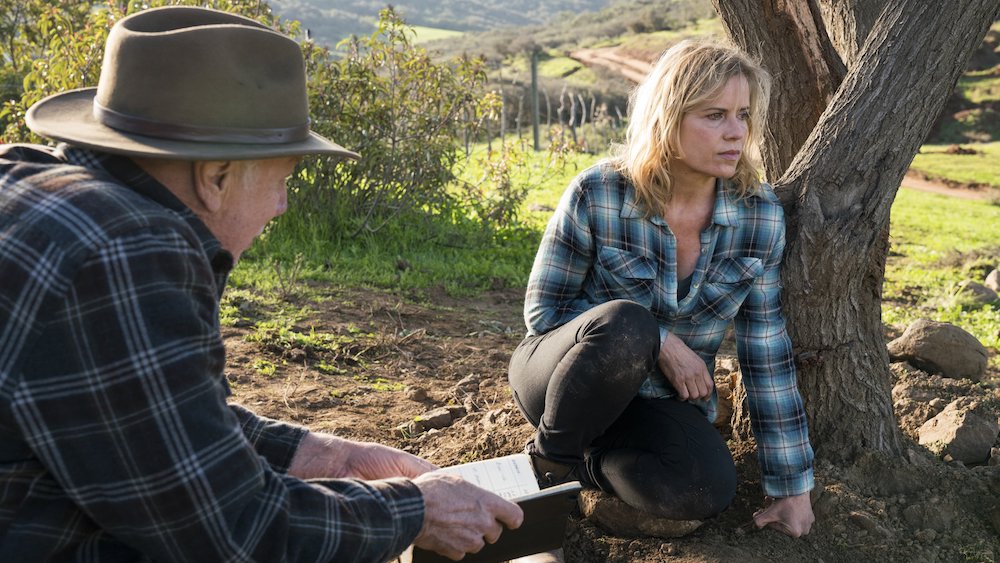 FtWD isn’t a show that you should be skipping, as they do a good job of developing characters and making you care about them. If you love Carol (Melissa McBride) in The Walking Dead then FtWD’s lead, Madison Clark (Kim Dickens), will utterly hook you in. A dominant and headstrong female is something the world needs at the moment, and her daughter Alicia (Alycia Debnam-Carey) certainly takes after her mother. Both women are brave and slightly erratic at times, but generally take logical steps towards safety.

By the end of second episode, “The New Frontier”, one gets the feeling that FtWD’s writers are not messing around. With big payoffs and clear stakes, this is a show worth investing in and it rewards viewers with scares and surprises. Unlike The Walking Dead, which often makes you feel like you want an hour of your life back, FtWD manages to really go places, making its audience invest in these characters and care to follow them. Madison is someone many people will relate to, male or female, as she’s trying to balance being a parent with her own survival and caring for others around her. It’s a tough juggling act, but Dickens has such emotive range that you believe every word she says. If you’re looking for a true leader, look no further. 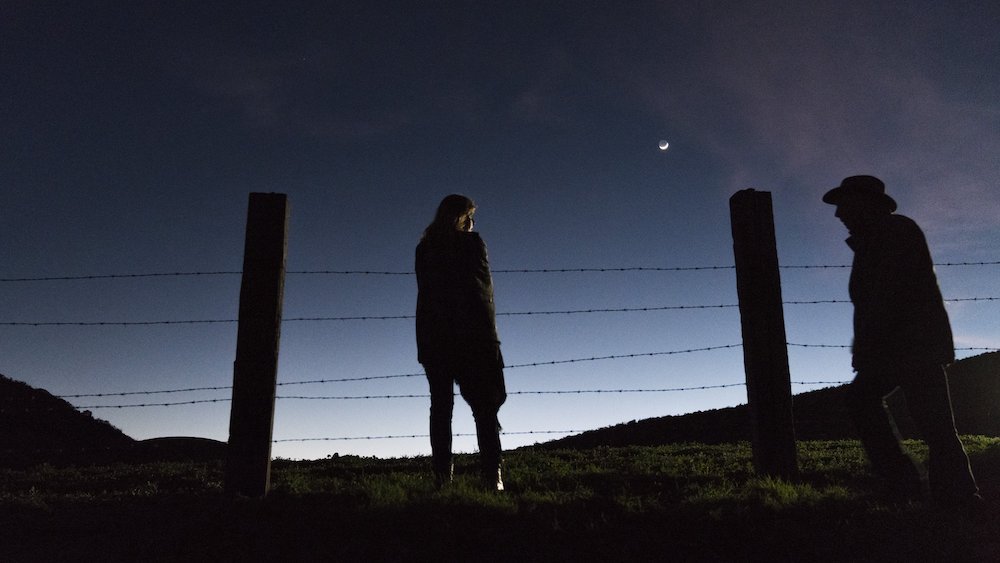 It’s true there’s still a familiar struggle behind FtWD, with too many characters and too many locations. You have Madison and her family joining the Broke Jaw ranch, while Daniel (Rubén Blades) and Victor (Colman Domingo) have their own storyline over at the Gonzalez Dam. It’s a difficult balancing act that can be frustrating but, thankfully, manages to pay off later in the season. Without giving too much away, the storylines collide in an entertaining manner and it isn’t dragged out for too long.

Episode 4, “100”, is a strong character-focused study of Daniel and gives him a whole new importance, and you don’t mind these slight diversions from the core story if they’re as strong as this. It solidifies Daniel as one to watch. 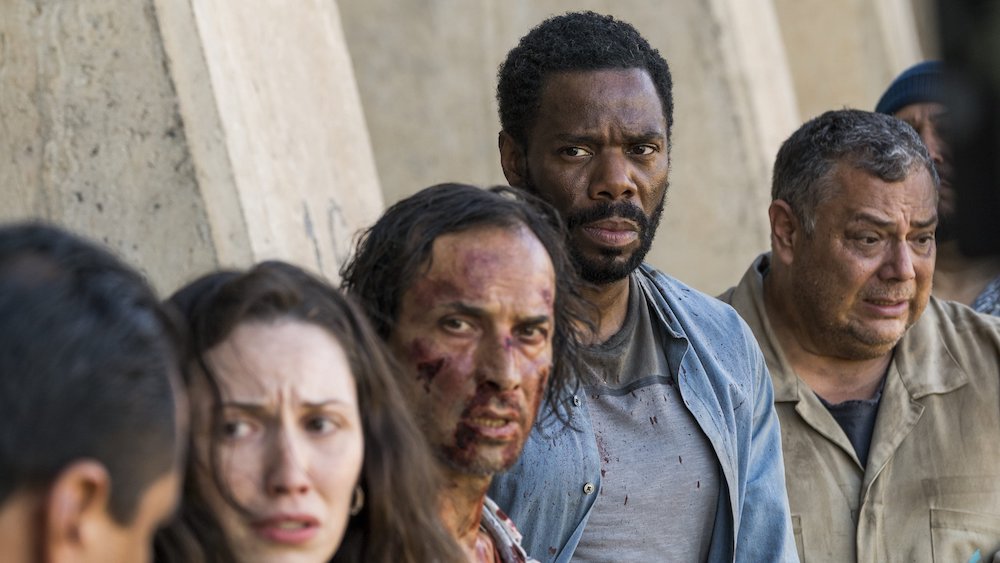 That’s where FtWD finds its strength. Despite its mishmash of characters and different storylines, it manages to put enough focus on the right people and give audiences many reasons to keep watching. There are no cheap cliffhangers or pointless swerves, so everything feels as if it has a point and the disparate parts are heading in the same direction. Alicia and Nick (Frank Dillane) may struggle with their youth, compared to their mum and older allies, but they’re not nearly as annoying as The Walking Dead’s Carl (Chandler Riggs) for example. And, most importantly for me, is that real loss happens and we don’t end up with an insane number of fresh additions just to kill them off instead of the original gang.

The Clark family isn’t always a solid unit, and moments of tension between mother and child are to be expected. Nobody’s a zombie apocalypse expert. Those interpersonal issues further add a relatable dimension to the series, allowing the cast to deliver some fine performances. Sometimes it isn’t all about the characters, though, as FtWD often thrives with the simplicity of its locations. The choice of Mexico and South America creates a completely different atmosphere to the main series, to the point where you’d almost never believe the two were related at all. With large open spaces and a unique visual style, it’s often more focused on human survivors, so rare moments of ‘walker’ terror become even more effective. 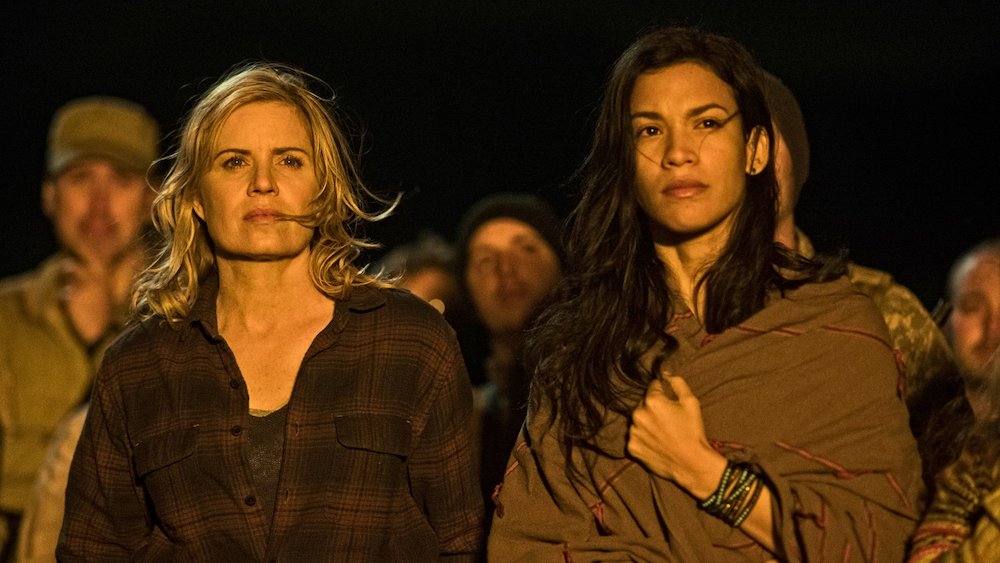 It’s not easy to deliver something fresh to well-worn subject matter. There are numerous zombie movies and TV shows about right now, and sometimes you think you’ve seen it all. FtWD benefits from a solid cast and writers that know their direction and have developed a good tone to the storytelling. 16 episodes is still too many, but FtWD manages to flesh out its characters better than The Walking Dead manages. I suppose it’s easy to give the benefit of the doubt to a show still in its infancy, versus one with over a hundred episodes, but with the crossover coming up there will always be comparisons between the two. And considering how complex Madison and her kids are, I think the writers made completely the right choice in who’s coming over from The Walking Dead. They’ll fit in perfectly with their own complexities and challenging nature, so should shake things up a bit. The future is certainly bright for this under-appreciated gem.