As the second in a series of five planned films, Fantastic Beasts: The Crimes of Grindelwald could have gone two ways when it came to the storytelling. The writer and author of the Harry Potter books, J.K Rowling, could’ve either followed the playbook laid out in the first Fantastic Beasts film (which had a self-contained story with future implications), or focused completely on building up a larger story, trusting her audience would follow. In other words, it could’ve been similar to either the first few Harry Potter movies or the last two.

Instead, Crimes of Grindelwald ends up being a messy and half-baked combination of both approaches. Ostensibly about Grindelwald’s (Johnny Depp) threat to the Wizarding World, the film actually spends most of its time trying to tell a story about Credence’s (Ezra Miller) quest to find his biological family. Newt Scamander (Eddie Redmayne), the supposed protagonist of the Fantastic Beasts saga, becomes a mere footnote; someone who bears witness to the events happening. 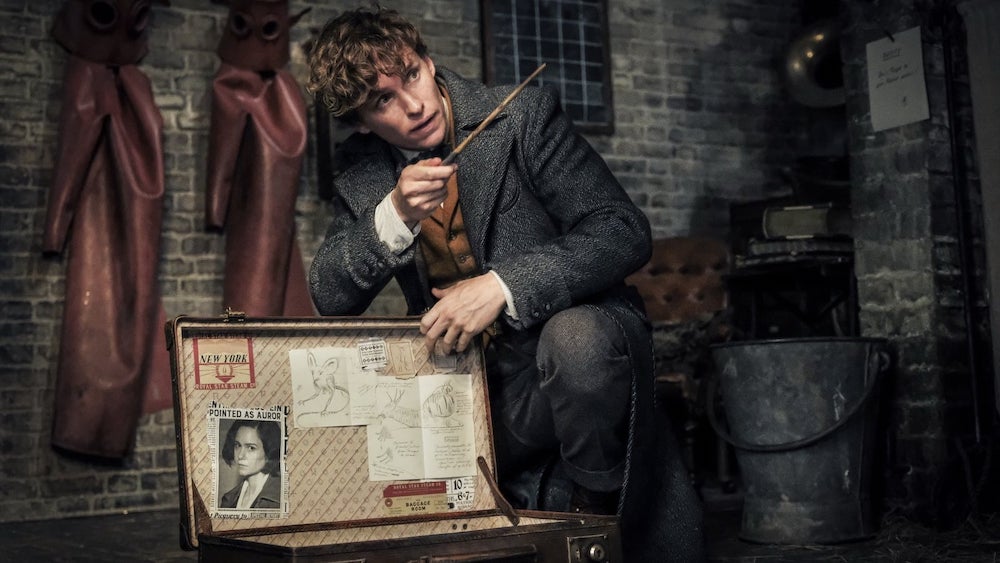 Could this have been done successfully? Maybe if the screenwriter wasn’t J.K Rowling. While she’s a very accomplished author, her screenwriting suffers from to her proximity to the world being created. By asking the creator of this literary universe to write the movies they’ve led to, you’ve cornering yourself into scenes stuffed full of Potterverse easter eggs, often at the expense of the story at hand.

If the story has been purely about foregrounding Credence and Grindelwald, then a large number of scenes in these two hours could have been removed. However, since Warner Bros. is also working to build a post-Potter spin-off franchise, they hence have to include scenes that seem completely irrelevant now. For example, some of the new characters, like Nagini (Claudia Kim) were announced to much fanfare but don’t actually do much in this story. This causes Crimes of Grindelwald to suffer because we don’t understand the reason for those lingering looks Nagini keeps giving another character, for example, considering she has less than ten lines in total. Leta Lestrange (Zoë Kravitz) is also let down by the writing as she has to do the ‘troubled woman caught between two men with a complicated backstory that can never end well’ shtick, which gets old really quickly. 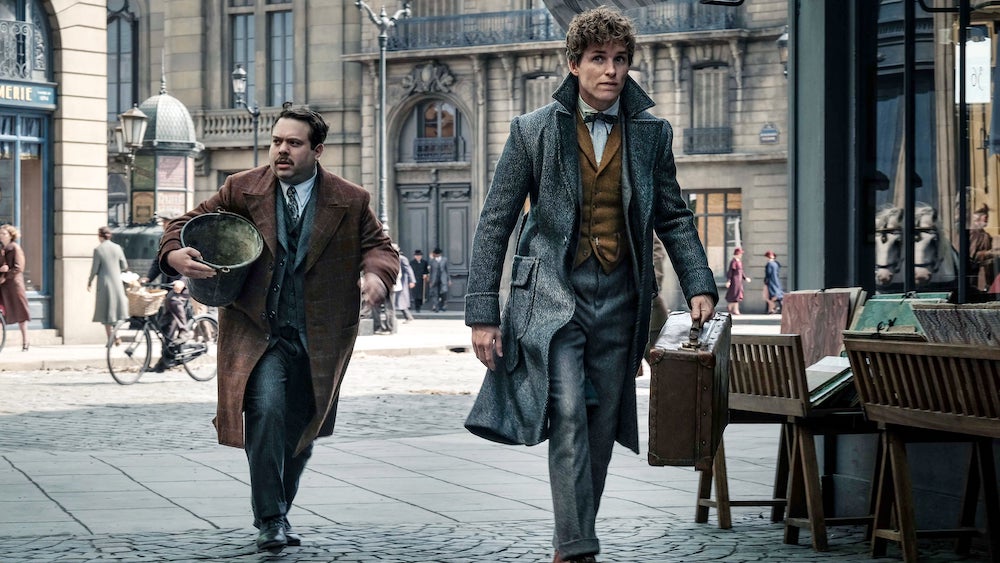 As for the other returning characters from Fantastic Beasts and Where to Find Them (2016), they also join Newt as side-characters—yes, even the beasts themselves! Tina (Katherine Waterston), Queenie (Alison Sudol), and Jacob (Dan Fogler) kick off the story, but become mere pawns in Grindelwald’s bigger game. An example of how the film steps on its own legacy? Tina and Queenie, whose relationship in the first film anchored the craziness of Newt and Jacob’s adventures, don’t have a single conversation with each other in two hours. It’s mystifying, to say the least.

However, one might be able to partially blame this on the directing and editing by David Yates and Mark Day respectively. The cast has already mentioned in interviews that there were many additional scenes that ended up on the cutting room floor, including moments where the women had more to do than just be the eye candy. Sadly, in the final cut, the females are indeed pushed aside in order to give Grindelwald, Credence, and even Newt and a young Dumbledore (Jude Law) the spotlight. 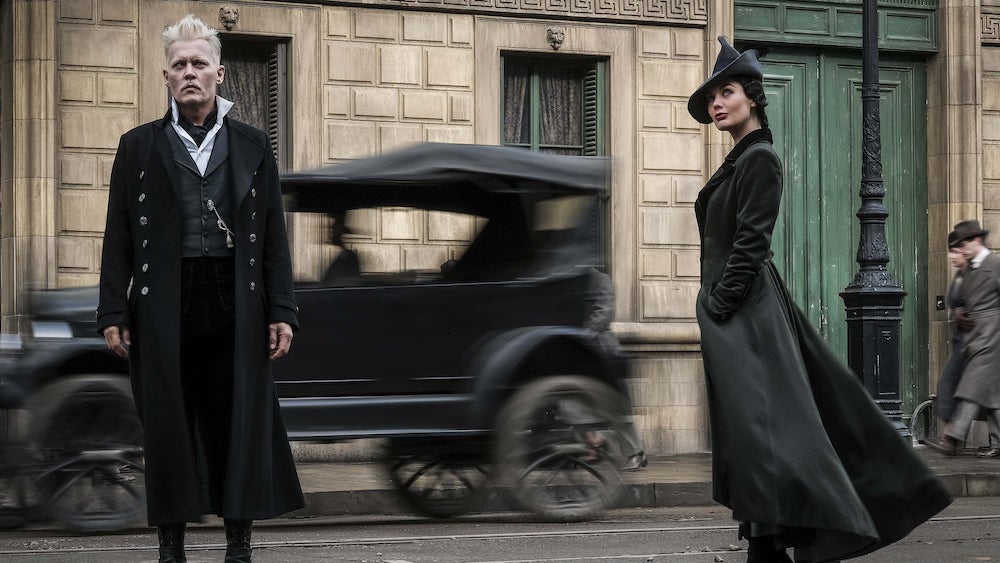 If you’re a diehard fan, this might not matter because you know you’re already going to watch the next three movies, so Fantastic Beasts has at least 300-minutes to salvage things. However, for the casual filmgoer who wasn’t expecting the ending to be a cliffhanger, it makes Crimes of Grindelwald even more disappointing.

Speaking of Potterheads vs. casual viewers, this sequel leans towards the former but fails even in that regard. While stuffed to the gills with references and in-jokes, it seems as if J.K Rowling has forgotten her own timeline because a few characters appear who shouldn’t have even born yet! Does it matter? Yes, because instead of providing a rich visual history of the Potterverse, it’s thrown a wrench into its own machine, including a twist ending that’ll confuse just about everyone. 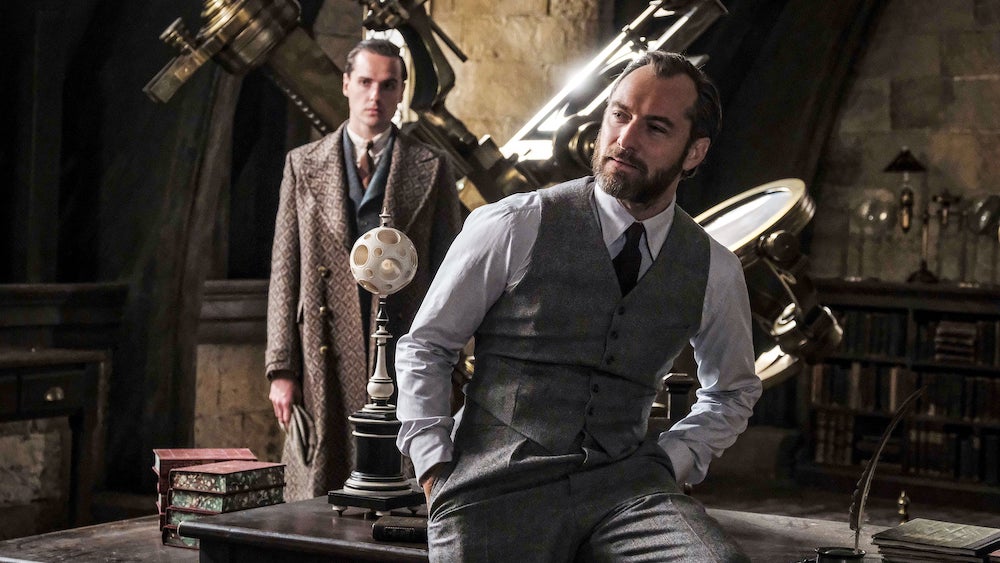 This film is almost a complete failure on all counts, being more Justice League (2017) than The Avengers (2012), with flashy fight scenes its one saving grace. As a $200M film, it has the budget to spend on post-production and CGI, and it ensures that everyone knows it, from the very first scene when Grindelwald escapes.

One has to give props to the cast, however, as nobody could fault them for trying their utmost, even with limited screen time. Depp’s a scene-stealer and predictably dominates the film, making it hard for any others to make an impression. It’ll be interesting to see how the next few films continue, as Grindelwald should only become a bigger part of the story. Will the Fantastic Beasts series become the Johnny Depp show? That would be liking giving Voldemort’s machinations more focus in Harry Potter’s movies.

Maybe they should’ve called it Grindelwald: A Potterverse Story.