The story of Wyatt Earp is one of the most popular, and yet inaccurately accounted, in all American history. The accomplishments of the midwestern farmer turned U.S Marshall is often overstated and exaggerated to the level of myth. In many ways, Earp became more legend than man.

Wyatt Earp was an iconic lawman who helped bring order to the Wild West. He lived from 1848 to 1929 and tried his hand at many different professions: prospector, gambler, saloon owner, brother manager, even street criminal. But he’s best remembered for his time as a U.S Marshal.

Known to be fearless even in the face of a fight, history holds that Earp was never injured in a gunfight, despite his participation in several. Most notable among those was a famous showdown at the O.K. Corral, Arizona, where he and his brothers confronted a group of outlaws before a bloody shootout ensued. Shortly after his death, a biography of Earp was published. Not long after, the legend of Wyatt Earp began to grow.

In the early-1990s, Lawrence Kasdan set out to make a historically accurate and wide-ranging film on Wyatt Earp. As the man who wrote Star Wars: The Empire Strikes Back (1980) and Raiders of the Lost Ark (1981), Kasdan had made his name writing for iconic heroes. In fact, one might contend that no screenwriter in the last 50 years has better captured American masculinity.

As he explained in an interview with Wired, Kasdan said he was attracted to the vast openness represented by the Old West and the unlimited possibilities for the characters one could create within that world.

The attraction of Westerns is, it was a brand new land with no rules, so people had to decide how they were going to be in that landscape, and some people decided one way and some decided the other, and people like Wyatt Earp were caught in the middle. They’re questions of identity and morality, you know. What kind of person am I going to be?—Lawrence Kasdan, Wired.

These themes of identity and morality would come to dominate his film Wyatt Earp, released in the summer of 1994. Kevin Costner would come on to produce and star as Earp himself, being no stranger to the Western genre after winning two Academy Awards for his film Dances with Wolves (1990). He’d also appeared in Kasdan’s earlier Western Silverado (1985).

But what seemed like the perfect marriage between actor and filmmaker resulted in a less than perfect movie. Wyatt Earp didn’t have the level of success anyone expected, critically or financially, but not all of that can be put on Kasdan and Costner’s shoulders. Some of the film’s struggles started before the cameras even started to roll… 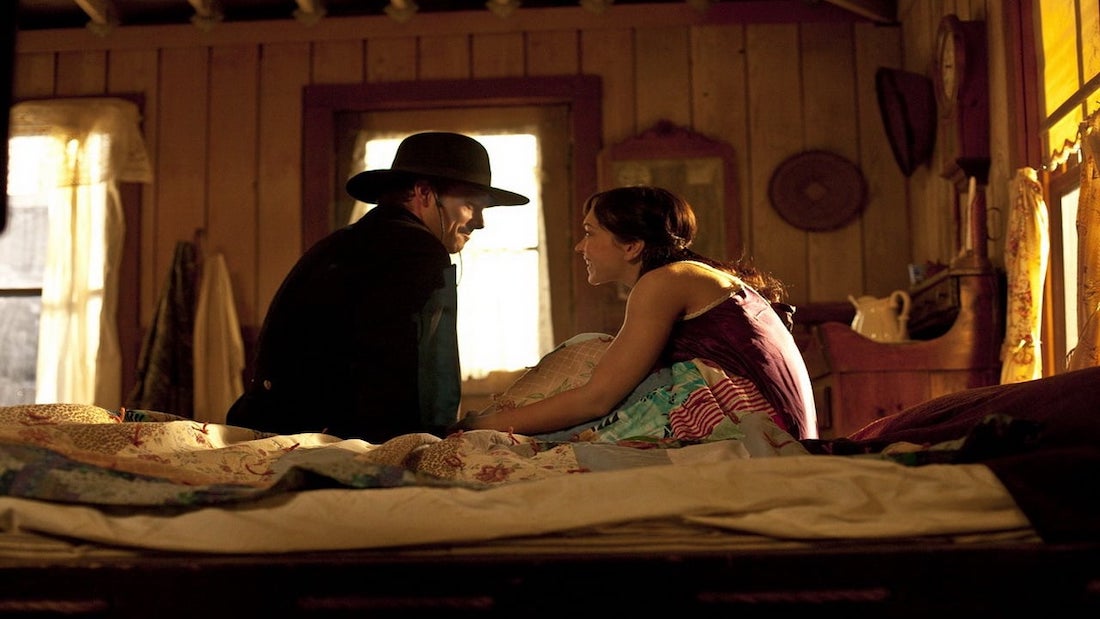 A Tale of Two Films

Hollywood has always copied success. True originality is often a runner up to following a successful lead and doing it better than ever before. While some groundbreaking films have inspired countless clones, many films based on historical events and people have led to direct showdowns of competing visions.

This was the case in 1993 and 1994 with the story of lawman Wyatt Earp, who lives during a time when cowboys and outlaws ruled the untamed frontier.

Hollywood Pictures (under the management of parent company Walt Disney Studios) set to work on an Earp movie based on a script by Kevin Jarre (Rambo: First Blood Part II), focused on the events surrounding the famed gunfight at the O.K. Corral. Tombstone had a great cast that included Sam Elliott, Val Kilmer, Bill Paxton, and Kurt Russell playing Wyatt Earp. It was straightforward action-orientated Western.

Warner Bros. had its own Wyatt Earp project in the works. Written by Lawrence Kasdan (Silverado), the studio was looking for a Western they could release in the summer of ’94 because the genre was experiencing an unexpected revival after the success of Clint Eastwood’s Unforgiven (1992).

In contrast to the relatively narrow approach taken to Earp’s story by Tombstone, Kasdan’s story was massive in scope and covered nearly every chapter of Earp’s incredible life. A biopic piece that attempted to rely on historical fact over modern myth, Wyatt Earp clocked in at more than 190-minutes in length.

Interestingly enough, Costner was involved in both Wyatt Earp movies. He was originally was working closely with Jarre on getting his Earp film made, to play the lead or direct. However, in pre-production, the two had a disagreement on the focus of the story. Costner wanted more of a biopic feel that put Earp in the clear centre of the story but felt that Jarre’s script put too much weight into the supporting characters (like the infamous Doc Holliday). So after Costner learned of the competing project by Kasdan, he jumped ship…

In the end, Costner got the Wyatt Earp film he wanted. Although his version was met with mixed critical reviews and a lacklustre theatrical run. In the showdown at the box office, Tombstone was the clear winner (grossing $56M versus Earp’s $25M). But as the years have passed, Wyatt Earp has aged well as an ambitious (if not overly ambitious) modern Western. 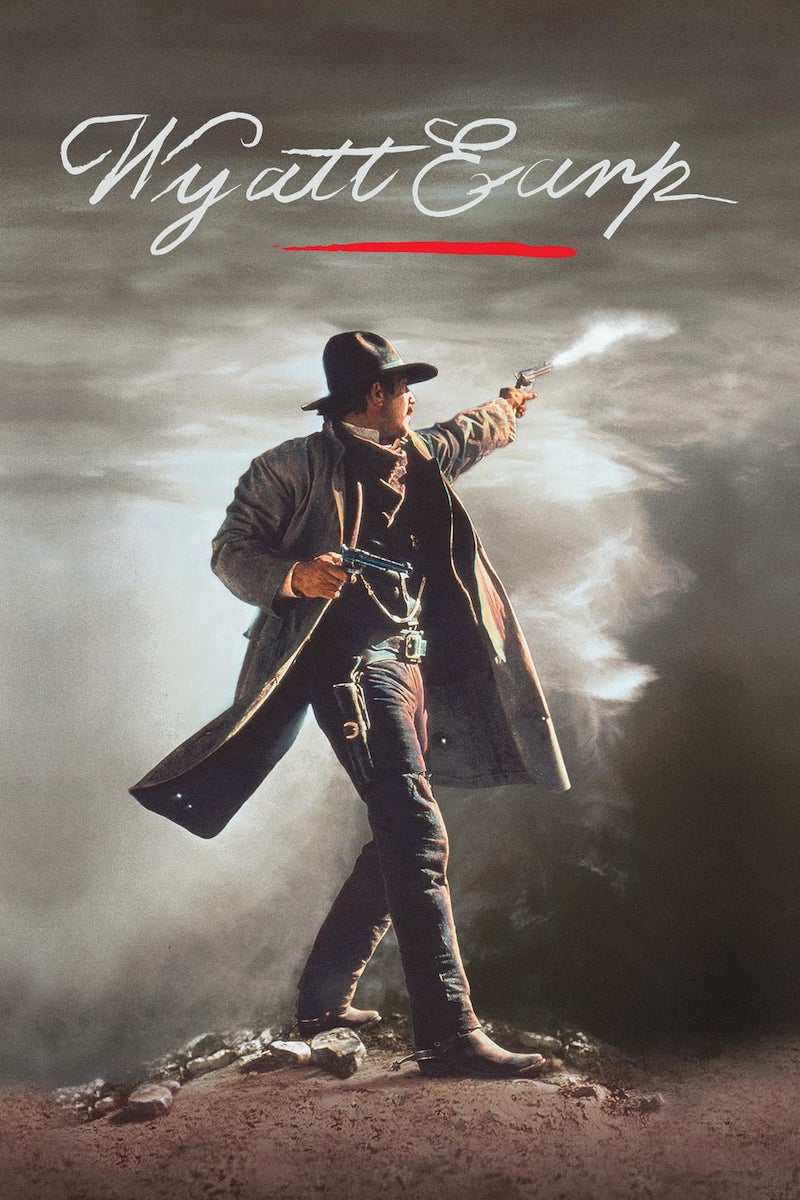 Family comes first for Wyatt Earp. It’s a pillar of his moral code bestowed on him by his father, Nicholas Earp (Gene Hackman). Earp had seven siblings and his brothers were often at his side during many of his life’s most pivotal events. Most famously, brothers Virgil (Michael Madsen) and Morgan (Linden Ashby) were at his side at the O.K Corral. Or as the film more accurately portrays the event, he’s at their side. Morgan and Virgil were the lawmen at this point, so it was Virgil who took it as his duty to disarm the rowdy band of outlaws.

As it plays out in the film, Virgil and Morgan come to get Wyatt before they make that ill-fated walk down the road. And Wyatt goes without hesitation because as his father said “nothing counts as much as blood. Everyone else is just strangers.”

One exception was made for a man who would become like a brother to Wyatt Earp. A notorious gambler called John Henry “Doc” Holliday (Dennis Quaid) befriended Earp around 1878 after Doc saved his life. The relationship between the two men represented a great irony of morality as Earp is often remembered as the steady lawman and Holliday as the outlaw.

Nevertheless, the two were fiercely loyal to each other. Quaid’s performance as Holliday (who had advanced tuberculous at the time of the O.K Corral) is nothing short of outstanding. The veteran actor lost sixty-five pounds to play the role and does so with grace and charm.

In Earp’s darkest moments, Holliday is at his side increasing the cinematic importance of the role. Quaid, who had his fair share of leading man roles, steps up wonderfully and provides what might be the best performance of the film.

The Beauty of Earp’s America

One of the best technical elements of Wyatt Earp is the film’s aesthetic. Long underappreciated, the movie is visually stunning thanks to cinematography by one of the all-time best in the business, Owen Roizman. Roizman’s acclaimed body of work includes The French Connection (1971), The Heartbreak Kid (1972), The Exorcist (1972), Network (1976), Absence of Malice (1981), and Tootsie (1982). His gift for capturing the mood and sense of a scene is on full display in Wyatt Earp.

Given the scale of the story, Roizman is called on to mix hues and saturation continuously to convey not only the passing of time but Earp’s emotional journey from a naive farm boy in Iowa to a stoic lawman from Kansas.

The visual work done by Roizman is easy to take for granted, but the impact of his careful hand and skilled eye lends a majestic level to the film. Some critics have noted that director Kasdan was clearly influenced by the legendary western film director John Ford in his approach Wyatt Earp. If Ford’s influence was consciously on Kasdan’s work, it’s only realised because of Roizman’s expert cinematography. 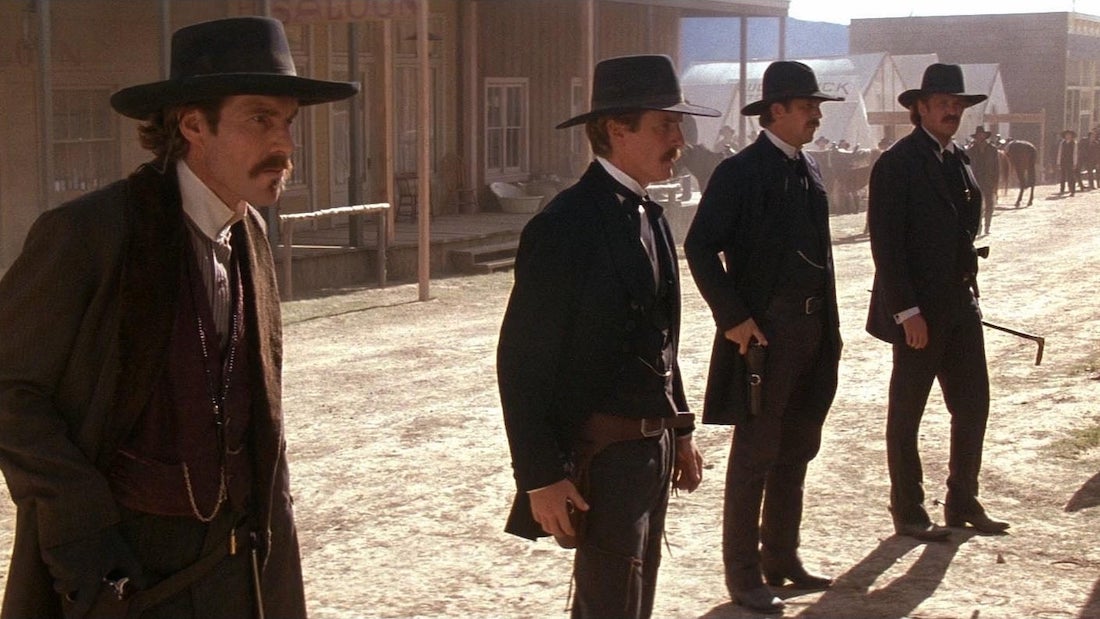 The warning signs were there from initial test screenings. Early audience feedback was nearly unanimous that the movie was “too long.” Although Costner and Kasdan had set out to make an epic of cinema, early viewers seemed to be expecting something coming in at under two hours.

Roger Ebert interviewed Kevin Costner in June of 1994 to discuss Wyatt Earp and those early screening’s reactions. Costner didn’t hold back on his disappointment that early test audiences may have been missing the point.

It frustrates me when I know that someone’s made a really good movie and then there is this instant response. It’s frustrating for me when people don’t pay attention to detail; it’s a hard thing and I wish I could cut that part of my brain out but I can’t.

Made on a budget of $67M, Wyatt Earp was a financial loss for Warner Bros. To add insult to injury, the film was also nominated for multiple Razzie awards including ‘Worst Picture of the Year.’ But not all of the reviews were negative, with some applauding its fidelity to fact or mythological fiction.

In fact, of the almost numberless pictures made about Earp and Tombstone … [Wyatt Earp] is probably the most true to life.—Kenneth Turan, LA Times, Wyatt Earp Movie Review, June 24, 1994.

Clearly, the success of Tombstone had an adverse effect on Wyatt Earp. Getting its run at some six months earlier, while also being a film that fit the fast-paced action mould popular at the time, Tombstone set an unrealistic standard that Wyatt Earp couldn’t match.

Kurt Russell’s Wyatt Earp, with his quick wit and quicker draw, was every bit the action movie star. He was the classic gunslinger of Saturday morning Westerns—albeit a bit more violent and bloody this time). Contrastingly, Costner portrayed Earp with a dedication to historical accuracy. That’s not to say he and Kasdan didn’t embellish anything (they did, of course), but Costner plays the part like a man conscious this character is a real-life figure rooted in US history. Russell was as historically accurate as The Long Ranger!

But if the box office is equivalent to a ballot box, then audiences cast their votes and it was clear they preferred the less accurate version of Earp. In fact, Tombstone carved out a quotable corner of US pop culture, while Wyatt Earp has been largely forgotten.

However, history is full of brilliant films that bombed the box office. For some, an appreciation of their worth may forever be confined to corridors of film schools and select circles of true cinephiles. But others have and will enjoy a renaissance of sorts: a rediscovery by new audiences willing to appreciate a filmmaker’s vision and forget about the reaction or box office of the time. It’s possible Wyatt Earp may get such a richly deserved second chance.