Bryan Fuller was recently announced as the showrunner of CBS’s new Star Trek TV series, due for launch in early-2017 (first episode on CBS, before transferring to their video-on-demand service CBS All Access). Can we predict what the future has in store for Star Trek next year, based solely on the scraps of information we have and Fuller’s career to date? Of course we can! Whether or not any of this will prove accurate is another question entirely:

Do you think the new Star Trek will be set in the alternate timeline J.J Abrams created for the reboot movies?

This is the big question on every Trekker’s lips. It would make sense to try and parlay the success of those new films into the new TV series, and there was an expectation for this to happen because Alex Kurtzman (writer-producer of those films) is co-producing with Fuller and Heather Kadin (Limitless, Scorpion). Speaking to Den of Geek in 2013, Fuller said:

While he was clearly just throwing around ideas, it shows he likes what J.J’s done on the big screen and that he’s intrigued by the idea of playing in that same timeline.

However, Star Trek Into Darkness wasn’t as warmly received by most people in 2013, and who knows what the response will be to Star Trek Beyond this summer in the wake of Star Wars’ triumphant return. Does CBS really want to associate the TV series to the upstart Abrams-verse, considering it’s the 50th anniversary of Star Trek and the 2009 reboot avoids decades of continuity that existed until now? I have serious doubts! Although one could argue it would be too confusing to have the franchise split into two separate universes (one where Vulcan was destroyed in Captain Kirk’s era, then one where it still exists in Captain Picard’s). Mind you, that’s happening with DC Comics right now, with a big-screen adaptation of The Flash in development that has nothing to do with The CW’s TV series.

I wouldn’t be surprised if Fuller takes inspiration from the aesthetic and tone of the ’09 reboot, but has the new TV series take place in the ‘prime universe’ again—although possibly decades after the time of Star Trek: Voyager? If only because it would allow for cameos from characters/actors who appeared in the five earlier TV shows, while providing fans with a long-overdue update about what’s happened with the Federation since the U.S.S Voyager returned home. As a particularly keen Star Trek: Deep Space Nine fan, I would flip if we merely got spoken word about what happened to that deep space outpost.

Should the new series take place aboard another U.S.S Enterprise?

I’d hope so. Again, it would seem a bit weird if a new Star Trek series (partly happening because of the franchise’s 50th anniversary) was going to set the action aboard a different ship. The Enterprise is still synonymous with Star Trek, but who knows. The franchise has proven durable enough to avoid having an Enterprise connection twice before, and Fuller has previously speculated about doing a TV series set aboard the U.S.S Reliant (best-known as the ship Khan hijacked in 1982’s Star Trek II).

I have no idea. Fuller will undoubtedly be very hands-on with casting this show, and some indication of his thoughts can be found from a 2013 interview with Den of Geek where he said:

Two black women in key roles would be something very different, but are those actresses available and willing to sign up for a years-long contract? Bassett has been appearing in American Horror Story for while now, but that show’s very relaxed about who’s required to appear in each season. Dawson has a role in Daredevil and Jessica Jones for Netflix/Marvel, but it’s small enough that I can imagine it not interfering with things.

Would those actresses want to get involved? Dawson’s a self-confessed geek and huge Star Trek fan, so I think it’s safe to say she’d jump at the opportunity. I don’t know if Bassett is a Trekker or even likes sci-fi, but it would be a high-profile job that’s a lot of fun, so why would she say no? Of course, other factors may come into play and prevent Fuller’s dream team from coming together, but of all the unanswered questions this one comes closest to some kind of truthful intent. Fuller may not get Bassett and Dawson to ink contracts, but two actresses of similar looks and demeanour could be foremost on his mind. 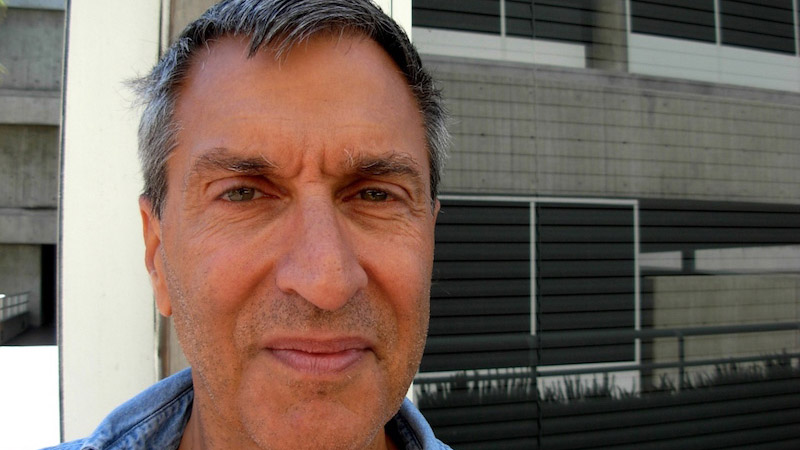 The only thing we know for sure is that Nicholas Meyer (above) has joined the writing staff. His name should be familiar to Trekkers, because Meyer directed fan-favourite Star Trek II: The Wrath of Khan, co-wrote Star Trek IV: The Voyage Home, and co-wrote and directed Star Trek VI: The Undiscovered Country. Speaking about his hiring, Fuller has said:

Nicholas Meyer chased Kirk and Khan ’round the Mutara Nebula and ’round Genesis’ flames, he saved the whales with the Enterprise and its crew, and waged war and peace between Klingons and the Federation. We are thrilled to announce that one of Star Trek’s greatest storytellers will be boldly returning as Nicholas Meyer beams aboard the new Trek writing staff.

It’s certainly an unexpected choice. The 70-year-old Meyer hasn’t directed anything of interest since Star Trek VI back in 1991, and his last major writing credit was on the two-part 2014 Houdini miniseries starring Adrien Brody. His value to the franchise is undoubted, as Meyer’s credited with rejuvenating Trek after 1979’s disappointing Star Trek: The Motion Picture by giving it a more militarised feel. He famously equated it to Hornblower in space. Does Meyer’s appointment suggest a desire to return to his naval feel, which The Next Generation in particular shied away from? Will he be called upon to direct some episodes, too?

Do you think the new series will be serialised?

Star Trek has always been largely episodic in nature, although DS9 found critical success with its multi-season Dominion War arc. Voyager also had a through-line of the titular ship trying to make its way back home, too, which gave events more underlying direction than The Next Generation and the original show’s looser “five year mission”. Star Trek: Enterprise also embraced more serialised storytelling for its last two seasons, although by then it was too late to win back lost viewers.

My guess is that the new series will have serialised elements and maybe even a larger goal to be achieved, but it will also involve a healthy mix of standalone stories. The current trend is for serialised plotting, and that also seems to work best for modern audiences accustomed to bingeing multiple episodes in short order. Will the new Trek be as serialised as DS9 was at its height, at the risk of alienating casual viewers? That’s the question to be decided.

Knowing Fuller’s tastes and his career to date, what random predictions can we make?

Fuller started his career working on a few episodes of DS9 and primarily wrote for Voyager during its later years, so he knows that Trek universe inside-out and is perhaps incentivised to get back to its timeline. He also transformed Hannibal into a very distinct TV series, despite everyone thinking it was foolish to revive the dormant Hannibal Lecter franchise for television, so he’s proven himself capable of breathing new life into old things. Although that skill didn’t quite work with his Munsters update, Mockingbird Lane, which didn’t become a series.

If you saw Fuller’s failed pilot for Syfy, High Moon, you’ll note how it embraced a retrofuturism feel. Was he scratching an errant Star Trek itch there? Maybe we can expect something similarly colourful with his new Trek series, which would suggest it’ll take place within the rebooted timeline. Speaking to MTV in 2008, Fuller said:

… [I’d] go back to the spirit and colour of the original Star Trek, because somehow it got cold over the years. I love Next Generation, but it’s a little cooler and calmer than the ones from the ’60s, which were so dynamic and passionate.

Fuller has also previously mentioned he’d love to shake up everyone’s expectations of any new Trek series, which come into play just when you assign ranks to people and certain power dynamics inevitably happen, telling MTV:

… you always have a captain, a doctor, a security officer, and you have the same arguments based on those perspectives. It starts to feel too familiar.

Hard to see how he’ll combat the inherent ranking structure of Starfleet, unless there’s a more integrated crew of some kind—similar to what TNG did by having civilians aboard ship (although this was never fully utilised for drama), what DS9 achieved by having communities of aliens rubbing shoulders with Starfleet personnel, or what Voyager spectacularly failed to capitalise on by having Maquis terrorists pull on Federation uniforms after the premiere. Does Fuller have another approach that’ll add some unpredictability to how his characters mix together?

In terms of casting, there’s a growing repertory of actors who’ve frequently appeared on Bryan Fuller’s past shows, so it’s almost guaranteed some of those will be given big roles or at least guest star: Caroline Dhavernas (Wonderfalls), Lee Pace (Pushing Daisies), Beth Grant (Mockingbird Lane), Eddie Izzard (Hannibal), Gina Torres (a good second-choice for Bassett/Dawson?), Charity Wakefield (my top choice to get a leading role), Raúl Esparza (Hannibal), and many others. It could be worth checking which of those are tied up with other things past 2017, and who might look cool with pointed ears. (We know Lee Pace does thanks to the Hobbit trilogy).

I don’t live in the U.S, so where will the new Star Trek be shown?

You’ll have to make your own prediction there! CBS Studios International distribute shows to local broadcasters around the world, including VOD services like Netflix and Amazon Prime. However, considering their new Star Trek is a online exclusive for CBS All Access, I suspect they won’t watch rival VOD services streaming this flagship content—even for overseas audiences who can’t actually get CBS All Access—unless it’s genuinely the only option available for certain countries, given Netflix and Amazon’s wider global reach and deep pockets.

Highlights of the Cannes Film Festival 2022