It’s hard to believe, but it’s been 30 years since Bruce Willis ran barefoot across broken glass in Die Hard (1988). On top of that, the TV star turned action movie hero recently turned 63, and for most of those years, no matter the cast, concept, or script, Willis brought his game to the set—until lately.

There may have been multiple reasons, but the fact is something went wrong with this year’s remake of Death Wish (1974), and because the film hinges almost solely on its lead character, this time Willis himself is in the cross hairs.

Michael Winner’s original Death Wish starred Charles Bronson as a Manhattan architect driven over the edge when criminals murdered his wife and assaulted his daughter, then managed to elude both police and justice. Critics denounced its vigilantism, but with crime rates skyrocketing in real life, the public embraced Death Wish and it spawned four successful sequels, not finally dying until 1994—until this year, when Eli Roth’s remake relocates the action from today’s relatively peaceful Big Apple to the much more deadly Windy City. 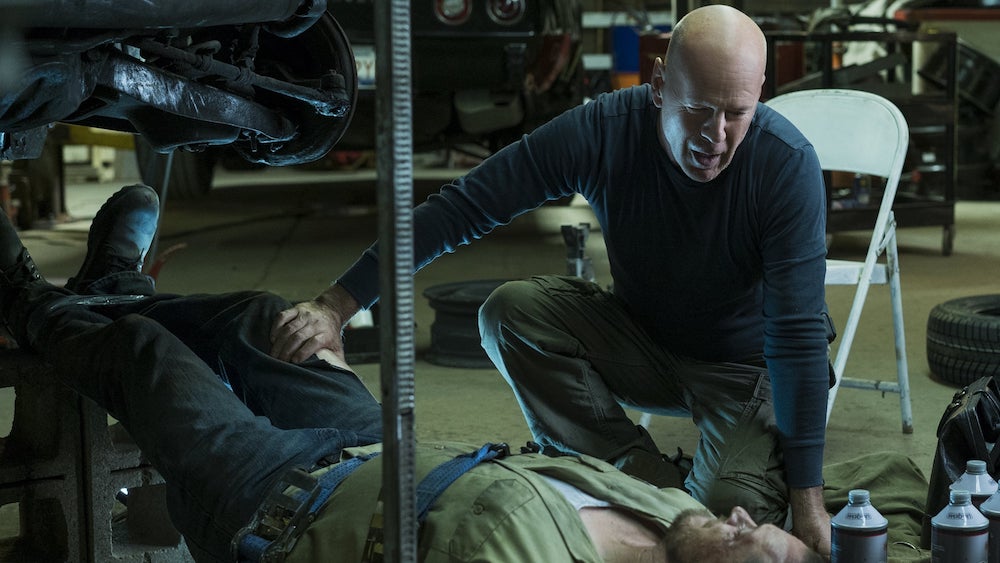 As the remake opens, ace trauma surgeon Paul Kersey’s (Willis’s) exposure to Chicago’s crime wave is strictly professional, until burglars break into his home and kill his wife, Lucy (Elizabeth Shue), and a blow puts his daughter Jordan (Camila Morrone) into a coma. The city’s problems suddenly become very personal, and as Paul waits for homicide detectives Rains (Dean Norris) and Jackson (Kimberly Elise) to find the culprits, he becomes acutely aware of the swirling sea of crime that hadn’t touched his idyllic life until now.

As time passes with no suspects or justice in sight, Kersey realises Chicago’s cops are being overwhelmed by the sheer volume of cases they have to solve, and he may never find peace. His attitude begins to change and, once an undocumented gun falls into Paul’s hands, he uses it to seek vigilante revenge—not just for his wife and daughter, but for all the city’s crime victims.

The public cheers him on, unlike the cops, whose superficial investigation leads them to suspect Kersey’s ex-con brother Frank (Vincent D’Onofrio) as the vigilante, putting both brothers in hot water with the police and making them targets of the actual killers, who are still at large. 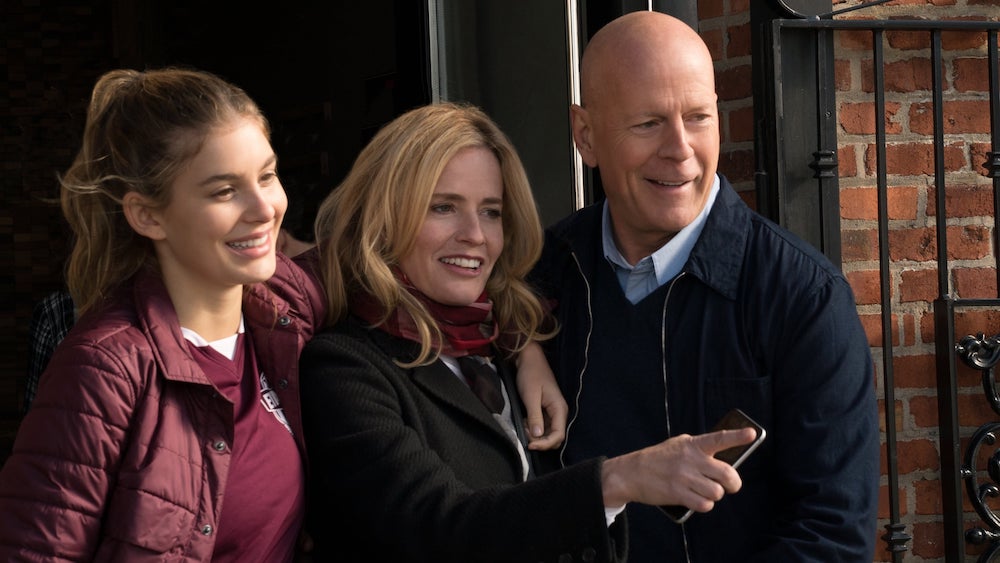 If you’ve seen the ’74 original, you know how this must inevitably end, although it finds its own way to that conclusion. However, this Death Wish is unlikely to spawn sequels, due in large part to what doesn’t appear on the screen—great performances.

Shue exits early, of course, and Marrone spends much of the story comatose. Norris and Elise have just enough screen time to be smart or stupid, honest or dishonest, and tough or gentle cops, but they don’t. They seem unsure of their characters, tentative. The bad guys are better, in fact, they’re adequate, as far as villains go, but cops and villains can’t carry a story alone.

We need heroes, and with the exception of D’Onofrio, our good guys never come to life. To his credit, D’Onofrio brings us a believable, down-on-his-luck sibling, embarrassed when he borrows money, hurt when Paul thinks badly of him, and worried about him after the murder. Too bad Willis didn’t bring as much to the film. His Paul Kersey seems emotionless throughout, neither angry, nor aggrieved. This isn’t the first film in which Willis seems to lack espression. His face may be less mobile than when he was younger, and today his subtle expressions simply fail to register on camera. 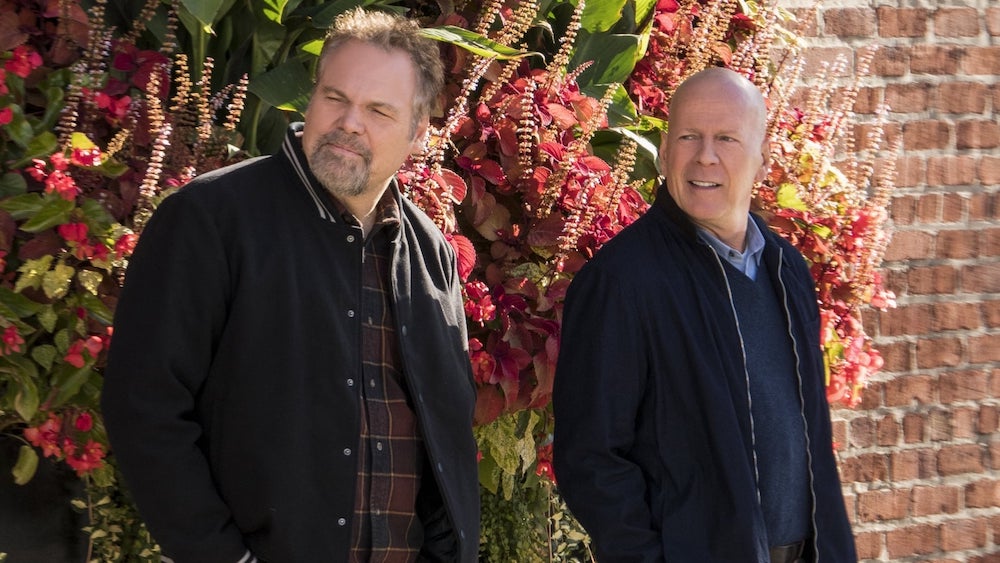 Becoming Paul Kersey was Willis’ job, but helping or forcing him to become Paul Kersey was director Eli Roth’s (Hostel) job. He could, and should have demanded more of Willis. Actors can refuse to take direction, but when most of the cast fail to perform, there’s got to be more going wrong than just one of them having a bad time of it.

Given the quality of the cast assembled, it seems unlikely they all decided to phone in their performances, leaving us to wonder whether the movie’s long development (Willis was first attached in 2012), and the numerous writers and directors who signed on and then dropped of of the project left the film with no clear voice or vision. Maybe Roth’s heart wasn’t in this film either.

Or maybe events in real life dulled everyone’s appetite for the project by the time it began filming. Whatever happened, Death Wish is unsatisfying because it lacks the tension and deep emotion a story about murder, grief, and the desperate desire for revenge should create.

Willis will survive this turkey and lick his wounds, as he’s done many times before, but he’s appeared in eleven underperforming movies since Red 2 (2013)—his last respectable box office draw—which begs the question: is Bruce Willis too busy making too many films to bring his A game? Or, finally, in his early-sixties, does one of our most venerable Hollywood stars no longer have a game he can bring?