Every generation has their breakthrough artists, but when it comes to Hollywood stars the concept is relative and volatile. Brie Larson represents the epitome of this phenomenon. Over the past few months the Sacramento-native has become the talk of tinsel town and the world for her outstanding, Oscar-nominated performance in Room.

This heartbreaking drama, directed by Lenny Abrahamson (Frank) and adapted by Emma Donoghue from her own novel, tells the story of a young woman (Larson) who was kidnapped on her way home from school and has been held captive ever since in a small shed by her abductor. Trapped there for seven years, a victim of sexual abuse, she became pregnant and gave birth to a beautiful boy, who’s become her only beacon of hope in such bleakness. In order to protect her son from the disturbing truth of their situation together, she’s fabricated an elaborate lie about their existence in the tiny room, until the time comes for her son to be told the awful truth. The next stage of survival is to finally escape and show her boy that there’s a real world out there. 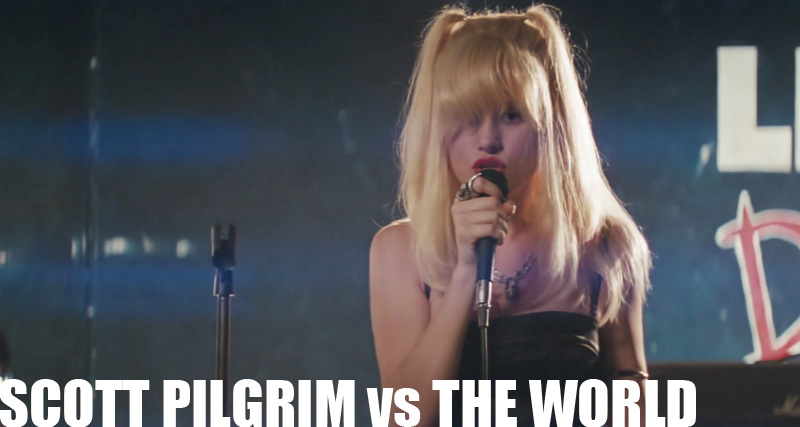 Larson’s nuanced work in Room has earned her plaudits and she’s been hailed as an overnight success, yet the truth is this gorgeous, smart, sensitive and super talented 26-year-old girl has been acting since a tender age. Her first job dates back to the late-’90s, when she was part of some comedy sketches on The Tonight Show with Jay Leno. Several guest appearances on many other TV shows followed, and they led to her first series regular role in the sitcom Raising Dad from 2001. Although the show was canceled after just one season, the part earned Larson a nomination for the Young Artist Award, showing Hollywood had taken note of her precocious talent. More guest roles on television came along, together with small appearances in various films, like Jennifer Garner’s cult rom-com 13 Going on 30 in 2004.

If you think Room was your first acquaintance with this fine thespian, you should take a look at her IMDb filmography. She’s appeared in countless projects over the past decade alone, whether it be cult sitcoms like Community and The League, or indie flicks like Noah Baumbach’s Greenberg (2010), Edgar Wright’s Scott Pilgrim vs. the World (2010), or even bigger mainstream hits like 21 Jump Street (2012), Larson has always managed to leave a mark as someone who does justice to Stanislavski’s famous quote: “there are no small parts, only small actors”.

For the purpose of this précis of her career to date, and the long and winding road that’ll hopefully end in glory at tomorrow night’s Academy Awards, we’ve chosen three key roles that could all be considered her breakthrough. 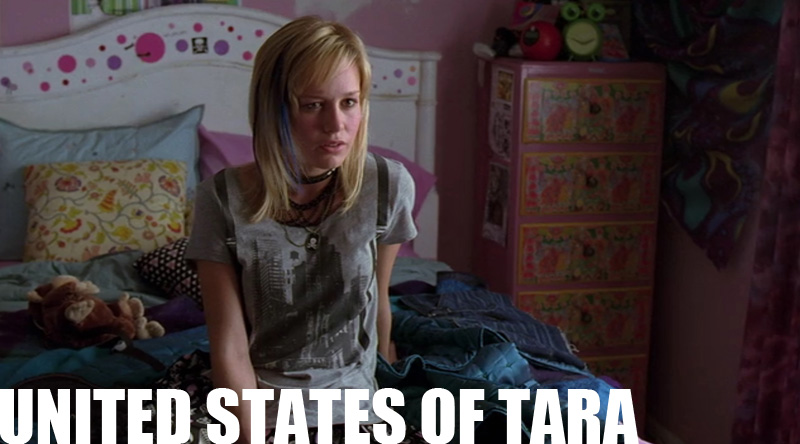 In season one, Kate had a casual sexual relationship with her manager at the family restaurant where she worked, until she grew weary of his advances and filed a sexual harassment complaint. In season two, she complemented her dull day job at a debt collection agency with live peep shows on the internet in exchange of gifts to her online registry, then started dating a guy she meets on one of her webcasts. Finally, in season three, Kate planned to teach English in Japan but changed her plans to become an airline stewardess and started a serious relationship with a man she meets on a flight while working.

Larson managed to balance this potentially unlikable role, thanks to her ability to navigate the fine line between the silly, carefree side of Kate, and the sensitive nature of a girl who loves and supports her gay brother and doesn’t give up on her mother, despite Tara’s mental condition repeatedly threatening the wellbeing of their family.

2013 was a pivotal year in Larson’s burgeoning career, as she appeared in two films that nudged her towards Hollywood’s A-list: The Spectacular Now and Short Term 12. In these, she played two completely different characters, and whilst the former is another supporting role (albeit a meatier one than usual in terms of screen time), the latter was her first leading role and it earned her a Gotham Award and many other nominations. The film’s extremely indie pedigree likely prevented her getting pushed all the way to the Oscar podium back then, despite deserving such acknowledgement.

James Ponsoldt’s The Spectacular Now was the story of troubled teenager Sutter (Miles Teller), a man plagued by an overwhelming uncertainty about his future, who masks his low self-esteem with fabricated self-confidence and a too-cool-for school attitude stemming from an alcohol problem. Larson played Cassidy, Sutter’s girlfriend who soon broke up with him, unable to cope with his self-destructive tendencies. Larson’s stunning looks might’ve easily matched the stereotype of a blonde ‘mean girl’, but the film, based on Tim Tharp’s novel, was written by the wonderful screenwriting duo behind 500 Days Of Summer, and Larson embodied a teenager who, despite her looks and popularity, is a well-rounded person and not a caricature. It’s absurd this award-winning movie, hailed as one of the best teen films of the decade, lacked theatrical distribution in the UK and has only now been released on video-on-demand. 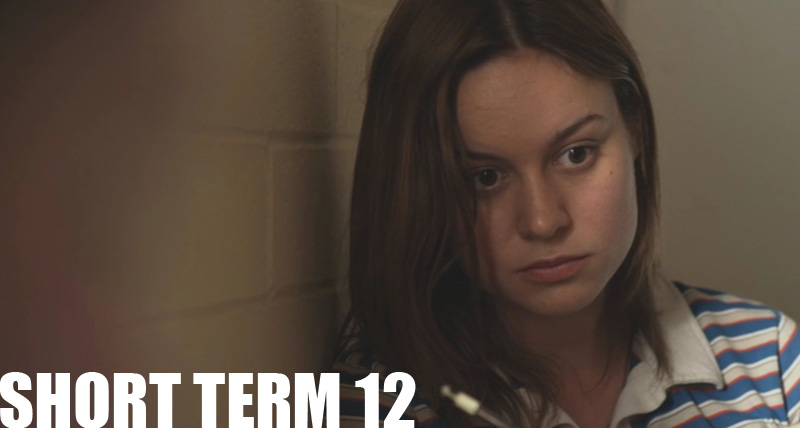 It’s this raw, genuine authenticity that makes Larson the brilliant artist she is, and that earned her the lead role in Room. If you need the ultimate proof of the outstanding quality of her craft, you should open your Netflix account and watch Short Term 12, the film that by right should have already earned her an Oscar nomination. Written and directed by Destin Cretton, based on the filmmaker’s own life experience, the drama focuses around Grace (Larson), a young supervisor at a group home for troubled teenagers who has a troubled past.

As we follow her maternal approach to these kids, focusing in particular on a few of them and their stories, we also observe Grace’s own struggle to emotionally open up to her long time boyfriend and coworker Mason (The Newsroom’s John Gallagher Jr.) when she finds out she’s pregnant and wants to have an abortion. If it all sounds like your average Lifetime TV movie of the week, fear not, as Short Term 12 is instead an artful, delicate coming-of-age tale about finding the courage to overcome fears and help yourself through the darkness. Larson is magnificent at capturing Grace’s ability to be strong for others, despite being almost helpless when it comes to supporting herself. Her performance is never sentimental and obvious but she instead surprises you with a deeply understated yet emotionally powerful work.

So, is Larson worthy of an Oscar you might wonder? Well, that is not the point of this article and especially not the point of an artist’s evolving career, although inevitably there are those only interested in the trappings of fame and fortune. What long ago struck me about Brie Larson is her simplicity and her commitment to her craft. She’s someone who, even after winning the Oscar and being cast in big blockbusters like the upcoming King Kong prequel Skull Island, won’t lose sight of what’s important to her career. How would I be sure of that, you may ask?

Did you know that Brie Larson has also been writing and directing short films in her spare time? I learned about this in 2011, when a friend from my Hollywood film school days and fellow filmmaker, Dustin Bowser, told me how he’d befriended Larson and that they’d co-written and co-directed a short film called Weighting (which you can watch below). When I was assigned to write this profile on the up-and-coming actress, I emailed Dustin and asked him if he’d be comfortable providing a quote that summed up his thoughts about Brie Larson, given their collaboration. He wrote back:

Brie deserves every bit of success she’s getting, and she is one of the hardest working creators I’ve ever had the privilege to work with. Collaborating with her was a ton of fun and she’s so inspiring because she has a ‘let’s just do it’ kind of attitude that was very refreshing.

Best of luck at the Oscars, Brie Larson. I’ll be rooting for you.

12 Highlights of the Cannes Film Festival 2018

Why Bunk Moreland’s the true hero of THE WIRE