When The Wire first arrived on our screens all the way back in 2002, it was obvious who the hero was. It was that charming devil, Jimmy McNulty (Dominic West), with his cavalier disregard for police rules, his obsession with catching the bad guys, and his desire to see justice done regardless of method.

Television audiences are primed to accept the McNulty’s of this world as leading men. The rough diamonds who come good, who might cut a few corners but always manage to justify their occasionally shoddy behaviour because they’re in pursuit of the greater good. Well, rewind just a second, because one of the most interesting things about The Wire is that on further viewing, McNulty, likeable though he frequently is, isn’t really the hero of The Wire. And, no, it’s not the charismatic Omar Little (Michael K. Williams), with his code, and his shotgun, and his ability to stride menacingly down Baltimore’s mean streets, either.

No, The Wire‘s true hero–the man who sticks to his code, and does his job, and sees everything through to the bittersweet end–is McNulty’s wise-cracking, cigar smoking, pink dressing gown wearing partner: William ‘Bunk’ Moreland, played by the wonderful Wendell Pearce with timing, panache and just the right amount of incredulous disbelief at the lunatics with whom he’s forced to work.

In a lesser show The Bunk would have been comic relief. The big guy with the cigar and the ‘lawyerly affectations’, Jimmy’s sidekick, ever-present with a one-liner or a swift drink. It’s a testimony to the show’s creators, David Simon and Ed Burns, as well as to Pearce himself, that Bunk is never reduced in this way. 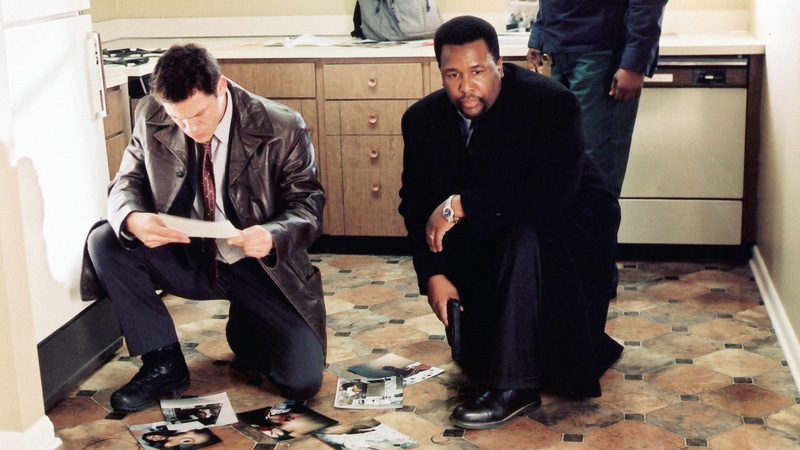 Not convinced? Let’s consider the facts. Firstly, Bunk is loyal to his department. Other detectives might move from vice to major crimes to narcotics, but Bunk is a homicide man through and through. The Jay Landsmans and Bill Rawls of this world might occasionally frustrate him, but, in contrast to his more volatile partner, he never lets them get him down. That’s because Bunk knows it’s better to do your job from the inside–that working with the department, rather than against them, will ultimately allow you to go your own sweet way on a case.

Secondly, this loyalty pays off. Bunk is not only the sharpest dresser in the department, he also has a great strike record when it comes to case-solving. In season one he convinces Omar to give evidence and thus solves the mystery of murdered state’s witness, William Gant. In season two he works with Lester Freamon (Clarke Peters) to uncover how fourteen prostitutes ended up dead at the port, and in doing so allows Lester to uncover the larger corruption at work. In season three his fury over the death of Tosha Mitchell leads him to break one of his golden rules by ignoring his superiors and continuing to investigate her death even when told to concentrate instead on Officer Dozerman’s stolen gun. Yet his obsession with that death ultimately leads him once more to Omar and through that to the recovery of both the gun and the realisation of who killed Stringer Bell (Idris Elba).

In season four he solves the murder of corner boy Lex (convincing Lex’s mother to talk in the process), which in turn helps Lester solve the mystery of Chris and Snoop’s body disposal methods; and in season five, despite Jimmy’s serial killer machinations depriving him of time, budget and manpower, he manages to get Chris locked up for the murder of Michael’s stepfather.

“If you’ve got soft eyes, you can see the whole thing. If you got hard eyes–you staring at the same tree missing the forest,” Bunk explains to Kima Greggs (Sonja Sohn) in season four, and he’s right. Bunk never deviates from his homicide job, other crimes don’t distract him, missing the forest is something he never does.

While McNulty is driven by an increasingly out-of-control fury that the world isn’t as it should be, Bunk understands the rules of the game. Like Omar, he has a code and he does his best to stick to it. As he memorably tells Omar in one of the show’s finest scenes: “All this death, you don’t think it ripples out… as rough as that neighbourhood can be, we had us a community. Nobody, no victim, who didn’t matter. And now all we got is bodies, and predatory motherfuckers like you. And out where that girl fell, I saw kids acting like Omar; calling you by name, glorifying your ass. Makes me sick, motherfucker, how far we done fell.” No wonder Omar’s rueful response is to tell Butchie ‘the fat man’s given me an itch I can’t scratch.’ 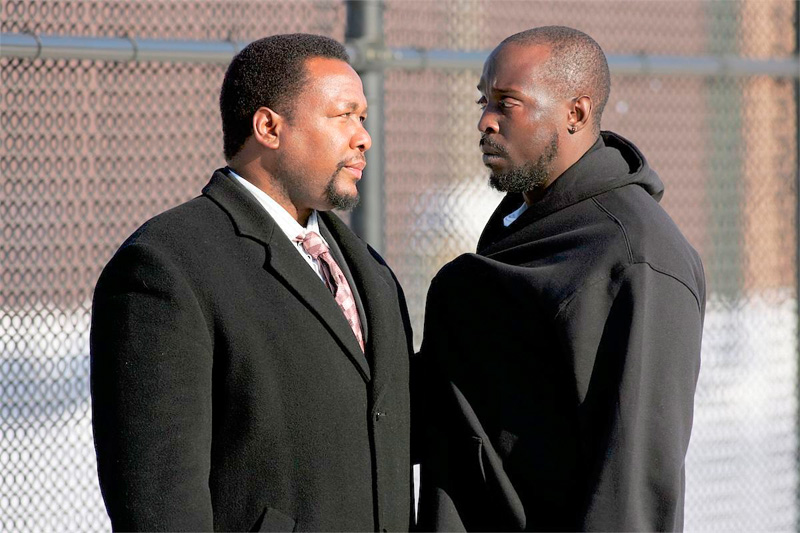 For that, ultimately, is the secret to The Bunk’s success. He might play the fool (goofing around and trading insults with McNulty and Lester), he might even occasionally be a fool (memorably requiring McNulty to rescue him from a one-night stand during which he’d tried burning his clothes to hide the evidence), but Bunk is always empathetic. He understands the world in which he works, he knows its people. He might be, as he claims, “just a humble motherfucker with a big-ass dick” but we also know that when he mocks McNulty for “givin’ a fuck when it ain’t your turn to give a fuck” he’s really talking about himself.

This is never more obvious that in season four’s “Know Your Place”, in which Bunk secures Omar’s release from jail and then tells him: “No more bodies. No more fucking bodies from you. No more comebacks or get-evens on this. No more killing. You owe me your word.” That Omar fully intends to keep that word is testimony to Bunk’s heft, both literal and moral. He’s a big man, yes, and in those pinstriped suits and beautifully cut coats, he wears it well, but he is also big in terms of righteousness. He knows the correct path to take and he can explain why without hesitation.

Bunk Moreland’s private life might be a mess of drinks drunk and promises half-kept, he might occasionally be a terrible friend to Jimmy (trying to lure him away from the straight life and back to the bar), and he certainly has a far too thorough knowledge of the power of a good Pogues song at the end of a long night… but, throughout all the drinks and disasters, he, not Jimmy, truly understands the city he calls home.

Over the course of five seasons we see Bunk Moreland do his job and get results. He sometimes despairs (most notably during the downbeat conclusion to season three when he tells Jimmy the homicide rate will hit three hundred), but he never gives up. It’s fitting that our last glimpse is of him working a homicide case and joking with Kima. Two ‘good police’ just doing their job.