Wonder Woman is a child of the suffragette movement. The symbols we associate with her strength and power belonged to the American feminists who came before and inspired William Moulton Marston to create a new kind of heroine. Suffrage was a dynamic and furious force to be reckoned with. A force that, for some women, changed the world. It’s important that we continue to tell and share the true story of its leaders—home and away—until all the women of the world know what it means to live free.

Maud (Carey Mulligan) is a 24-year-old laundry worker and mother of one. An uncomplaining wife, a kind friend and a good neighbour, she works hard to maintain her humble Bethnal Green home and tolerates the abuses of her employer as part and parcel of her lot in life. Having never been granted a voice before—having barely had the privilege of an opinion—serendipity brings Maud before a parliament committee to offer testimony on her life as a working woman. Once spoken aloud, the words take on a momentum of their own. She expects them to make a difference but her trust is betrayed. Her political awakening is as inconvenient as it is accidental yet it changes everything, irrevocably. 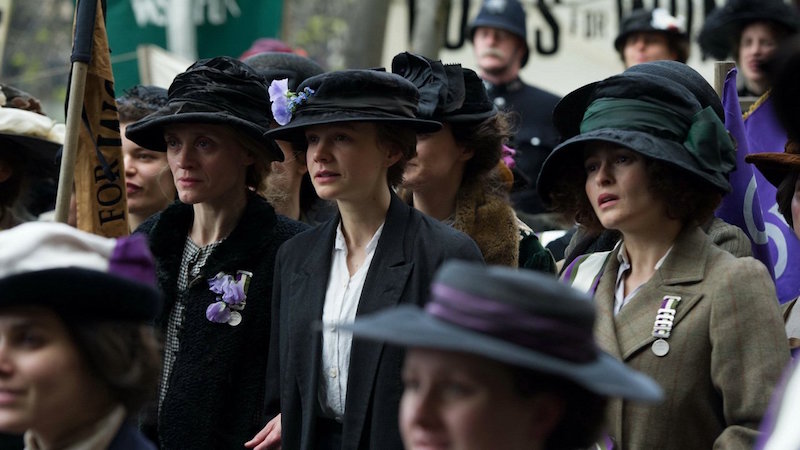 Made brave by the example of those around her, and by the stirring words of Emmeline Pankhurst (Meryl Streep), Maud risks increasingly bold acts of civil disobedience to provoke change and earn women the right to vote. She is jailed and eventually alienates her community and the affections of her cowardly husband because she cannot help but act. Galvanised by the notion that had she given birth to a daughter, rather than a son, the child would have been forced to walk the same path as Maud. And her mother before her.

Whilst the broad strokes of English suffrage are shared here, the women’s smaller indignities are displayed to greater effect. Movement motivator Alice Haughton’s powerlessness in the face of her husband’s disapproval—as he refuses to grant access to her own money to bail out her co-conspirators—offers a striking contrast to her strident rallying cries. We and Alice (Romola Garai) simultaneously understand that, while the privileges of class and position as an MP’s wife have allowed her to walk closer to the line than the working women, she’s no less confined by it than they. For Maud, too, it’s in the smaller act of stealing time with her son that the precariousness of her position is defined.

Yet here the narrative falters. Suffragette suffers from a fatal indecisiveness between finding an accessible way of laying the historical facts before the uninitiated, and engaging an audience more familiar with The Panks. Despite abundant source material, director Sarah Gavron and writer Abi Morgan chose to tell a tale that is something less than true. Looking beyond the extraordinary lives of the ordinary activists who populated London in the early 20th-century and anchoring their film to a narrator who never existed at all. 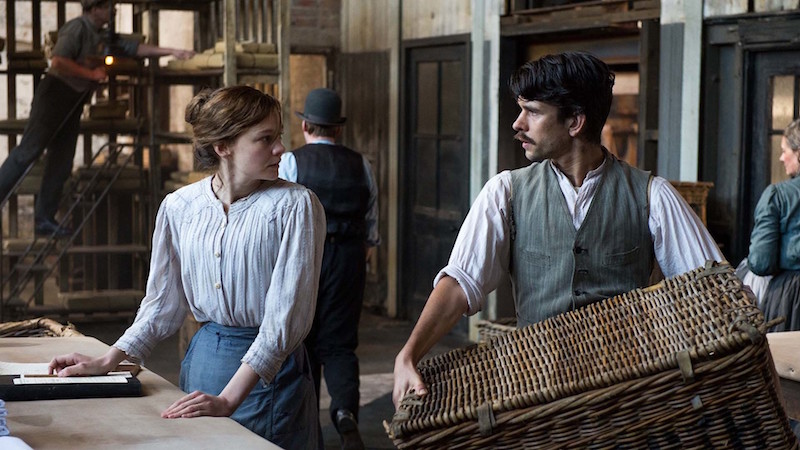 This is because Maud is a composite; a fictional female entree to the action. She’s sweet featured, young, and sympathetic. It’s hard not to be moved by her melodramatic story arc and bereft-mummy plight. But why the need for a composite at all? Despite the emotional machinations of Maud’s journey to political awareness, Suffragette’s most powerful moments come from Emily Wilding Davison’s sacrifice and the stunning real world footage of her funeral cortege. Why then wasn’t her story sufficient? One hopes that it wasn’t because she was considered too old and plain to have box-office appeal, because that would be horrifically anti-feminist basis for decision-making. But Maud sure is pretty…

Pretty little Maud soon attracts the attention of the authorities and shares uncomfortable exchanges with Inspector Steed (Brendan Gleeson). Artfully employing early surveillance techniques and experience gleaned from his days with Special Branch, Steed understands how quickly the groundswell of disquiet can be appropriated into dramatic action. Then a dramatic change to Maud’s family life leaves her with nothing to lose and she responds to Mrs Pankhurst’s call to arms by raising her brand new voice and demanding it be heard. 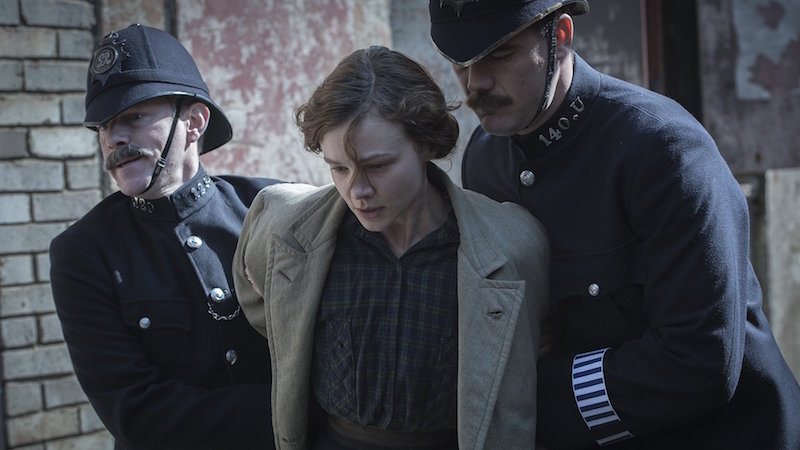 In crowd scenes and the urgency of protest, Suffragette has more impact. Tight framing injects sorely needed adrenalin to proceedings. Nevertheless, claims that the project was assembled as Oscar bait are lent credence by Alice Normington’s production design and Gavron’s lensing. Though striking—even wistfully romantic —they combine to create an aesthetic more interested in tickling the Merchant Ivories than in documenting a frank account of life in London’s East End. It wouldn’t be a surprise to learn there was a Farrow and Ball Shades of Suffrage range to follow. Filmmakers telling civil rights stories have a responsibility to be authentic. The lack of diversity here is disappointing and quite surreal.