Having already released his later masterpieces on Blu-ray—City Girl (1930), Sunrise (1927) and Tabu (1931) amongst them—this Early Murnau box set arrives from Eureka Video’s Masters of Cinema strand. The five films included vary in quality, style, and content, but taken as a whole they offer a portrait of Murnau’s gradual development as a filmmaker. The use of shadow, superimpositions, and camera movement all originate here. Anyone interested in the German director’s best work has a reason to be interested in the movies discussed below. 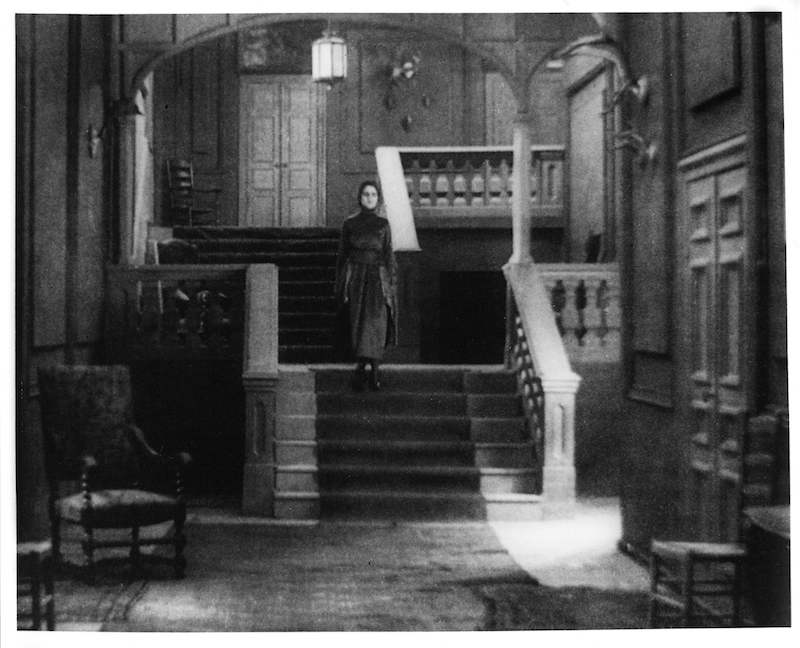 In The Haunted Castle a group of people in a big manor house go on a hunting trip. Things are going fine until the man they all suspect of murdering his own brother turns up and spoils the atmosphere. What makes things worse is that the widow of said brother is due to show up any moment. Understandably, she doesn’t react well to the sight of her brother-in-law, and the whole film becomes subsumed by the murder-mystery. The confined location essentially turns the film into a chamber piece, with the strange twist of the murder having been committed at another location and in the past.

The title of the film might lead you to believe that this is a horror movie, but there’s no haunting or ghosts in the literal sense. The past and its unresolved details certainly do haunt a number of the key players here, however. Murnau only really gets to display his ability to frame a scary scene during a nightmare sequence in which a demonic creature reaches through a door and drags a man out of bed. The use of light and shadow to generate an eerie and foreboding tone is done well from time to time. Owing to poor pacing and a lot of exposition, the film and its flashes of formal invention are mainly interesting when viewed as a stepping stone before the director’s far superior Nosferatu (1922). 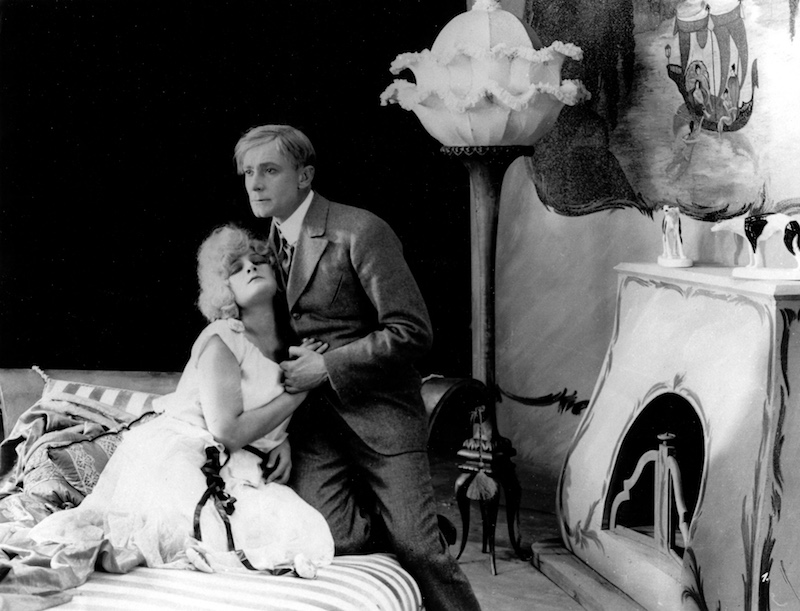 By this point, it’s clear that Murnau was struggling to reconcile his own instincts with the need to deal with complex plots. It was evident in The Haunted Castle and it would be in The Finances of the Grand Duke too. Phantom is more accomplished than both films, however. It’s here that Murnau’s visual style and language begin to take precedence (mostly, at least) over the other elements of the film. The plot concerns an aspiring poet who falls in love with a woman he can’t have. He then glimpses her doppelganger (a common device in German cinema of the time) whose appetite for wealth and material possessions he can’t help but satisfy. Consequently, he loses everything he has, and drives his family to near destruction in the process.

Effects like superimpositions are used throughout Phantom; a clear sign that Murnau was beginning to embrace his vision of cinema as a purely visual form of art. He aims to get inside the head of his main character by using these new techniques, examining his psychological state as the film progresses and his life deteriorates. One particularly impressive moment comes when the poet discovers he needs to find money quickly. Ambling around the town, the shadows of the tall buildings surrounding him begin to move as if they’re chasing him through the streets. The joy of watching Murnau discover what makes him the great director he’s considered today negates any flaws in the plot that might linger.

The Finances of the Grand Duke (Die Finanzen des Großherzogs, 1924)

The Finances of the Grand Duke might well demonstrate to the world why Murnau didn’t make many comedies—or any comedies after this one. The sinister and the occult persist in the director’s curtailed filmography, so a farcical comedy about a benevolent dictator is a strange proposition from the get-go. On the fictional island nation of Abacco, the Grand Duke is running out of money. In a rather odd coupling, a band of revolutionaries and a capitalist looking to turn the island into sulphur mine team up to overthrow him. An attractive young woman is thrown into the mix to distract our protagonist, and there’s also a cunning burglar in there too. In short, what appears to be, and clearly wants to be, a short, swift comedy becomes unduly complicated, without any moments of standout humour.

Murnau’s next film was to be The Last Laugh, a film famed for its lack of intertitles. In contrast, large passages of exposition are unloaded throughout The Finances of the Grand Duke. This might have something to do with the fact that Murnau’s version of the film was heavily cut by the studio. It’s thought that his cut would have been at least 45 minutes longer. That those 45 minutes would have rescued the film seems unlikely. However, locations and exteriors were cut drastically—these would have been shot in various locations on the Adriatic coast. This is a shame, because those that remain are the highlights of the film, with Murnau’s talent for capturing striking images of architecture evident even in this cut version.

In the very first shot of The Last Laugh, the camera descends in a lift and proceeds to observe the people leaving a hotel lobby and heading out into the pouring rain. Murnau’s gliding camera instantly throws us the elegance only touched upon briefly in the other films here. The Last Laugh tracks the downfall of a doorman (Emil Jannings) at a luxury hotel who loses his job. One of many effective point-of-view shots reveals the reason for his dismissal: old age. The words on the page drift in and out of focus as the doorman struggles to come to terms with what he’s reading. Everything from the slightness of his being to the drabness of his clothes is emphasised once his beloved uniform has been stripped from his back. Without it, he can’t even walk upright properly anymore.

The absence of intertitles means we’re spared endless two shots of people talking to one another. This allows the film to move more freely and the same goes for the characters’ movements within the space of the frame. By doing this, the psychological and societal decline of the man is given greater weight. He was kind, tall, and striking—if a little tired in his dotage when he had his job. But later, his back is hunched and every step is tentative—like a man slowly collapsing in on himself. He’s back to his former self later when we plunge into the doorman’s drunken dream world. Blurry faces and emphatic camera movements abound—yt must surely be one of the most audacious dream sequences in cinema history. And although the epilogue is ridiculous, the fact that the film directly signposts it as such makes it forgivable. 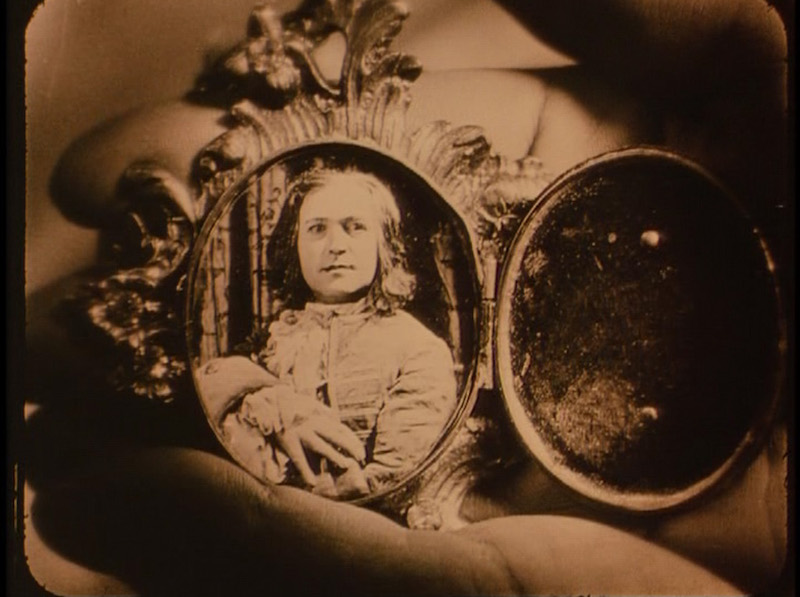 There are far more moments of comedy to be found in Tartuffe than in The Finances of the Grand Duke. Murnau’s willingness to make a film aware of its own medium is both surprising and intriguing. He wraps an adaptation of Molière’s Tartuffe inside a contemporary story that echoes Molière’s themes. The film begins with an old maid looking after an elderly man. It quickly becomes clear that she’s interested in little more than his money, and she’s willing to bend his ear and speed up his approaching death in order to get her hands on the inheritance. Her plan is going well until the elderly man’s grandson arrives. He’s thrown out of the home at first for committing the mortal sin of becoming an actor against his grandfather’s wishes. He then turns to the camera, breaking the fourth wall, and vows to expose his grandfather to the truth of his maid’s manipulative ways.

With his classic disguise—wig, facial hair and spectacles—in place, he returns to the home with a traveling cinema. At first, the maid leans out of the window and shouts “we want no cinema!” But, eventually, he wins her over with flattery and sets up a screening in their front room. The film-within-a-film is Tartuffe, and it’s this that takes up the majority of the run time. Emil Jannings is Tartuffe in a role (much like Gerard Depardieu later) he was surely born to play. He’s the ultimate imposter who comes between man and wife by posing as a religious puritan. Ultimately, his hypocrisy, vulgarity and lust for wealth is exposed—as is the maid’s when the film snaps back to its original conceit.