The big picture is yet to emerge for season 2 of Better Call Saul, but “Cobbler” concluded last week’s storyline very amusingly, and the show is doing a nice job easing us into a new direction—with Jimmy (Bob Odenkirk) getting used to his fancy new job at Davis & Main (where he’s valued and listened to), but starting to hear the call of a more exciting, dangerous side of lawyering that plays to his strengths as a creative liar and improviser.

We began with a symbolic scene of Jimmy’s brother Chuck (Michael McKean) struggling to play a difficult piece of piano music with the aide of a ticking metronome. A device to help with his tempo ultimately felt like a physical representation of time itself slipping by; Chuck still stuck indoors, fearful of electromagnetism (although he’s making progress, later leaving the house), being brought meals, and unnerved to be told Jimmy seems to be proving him wrong. 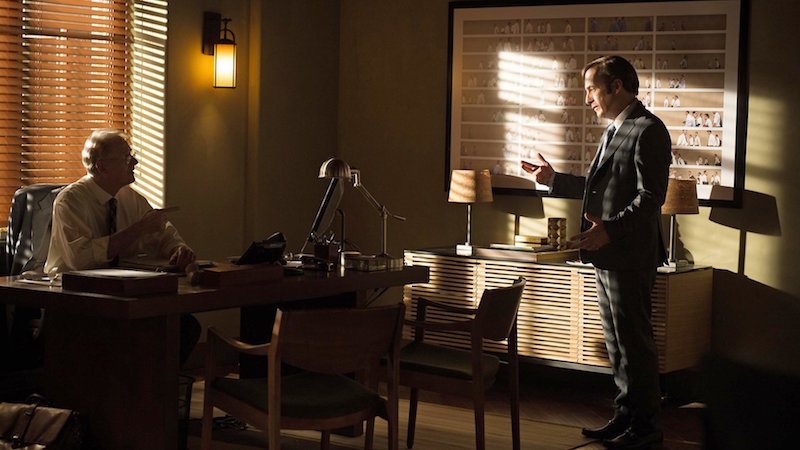 The impression I got is that Chuck’s more aware of ever that his own life’s passing by, in a literal gloom of repetition, being waited on like a grounded child, and it’s time to start asserting himself back into the outside world. Even if it’s partly because he can’t stomach the idea of Slippin’ Jimmy achieving something of a role-reversal, as he’s becoming the underachieving McGill sibling. Chuck’s partner at HHM, Howard Hamlin (Patrick Fabian), even referred to Chuck by the nickname ‘Charlie Hustle’ in this episode, suggesting Jimmy’s reputation for dodgy activities isn’t a personality trait Chuck entirely escaped.

However, the real meat of “Cobbler” belonged to the very amusing situation with small-time drug dealer Pryce Warmold (Mark Proksch), who last week made the mistake of going to an exchange without Mike (Jonathan Banks) to cover his back—leading to his stash of prescription drugs being stolen by Nacho (Michael Mando), together with his collectible baseball cards. I was a little unclear about some of the intention behind Nacho’s decision to steal from Pryce, but this episode confirmed that he’d simply underestimated how much of a dummy his victim is. Once Mike, luckily, managed to intercept Pryce before he stupidly went to the cop’s “fishing trip” (a voluntary interview, so they can further probe his story and sweat the truth from him), all of the I.T nerd’s damage was slowly undone. 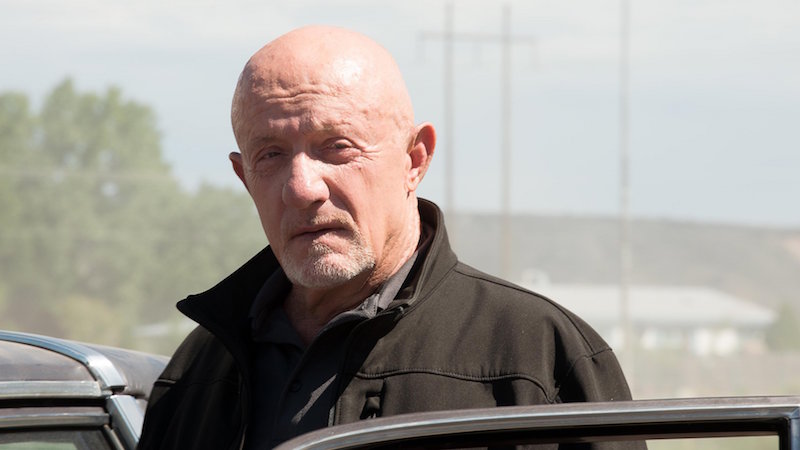 Mike tracked down Nacho, threatened to tell Tuco about his extracurricular activities, and in so doing got Pryce’s beloved trading cards back while simultaneously selling Nacho his garish yellow Hummer as a $60,000 sweetener. Best of all, of course, was the sequence where Jimmy accepted Mike’s request for help and represented Pryce as a pro bono case, hilariously convincing the two detectives that their suspect isn’t a twitchy drug dealer but a rich fetishist’s plaything—a so-called ‘Hoboken Squat Cobbler’, paid generously to sit in large pies and cry like a baby on video.

Better Call Saul is designed to be a comedy-drama, and in this instance that description was more deserved than ever before. It was both another good example of Jimmy’s inventive storytelling (spinning a yarn that was so ludicrous, yet just plausible enough to ring true and explain Pryce’s nerves and incongruous wheels), while also taking us another step closer to Jimmy ditching the easy life of a respected lawyer, and doing his own thing to become master of his own destiny. 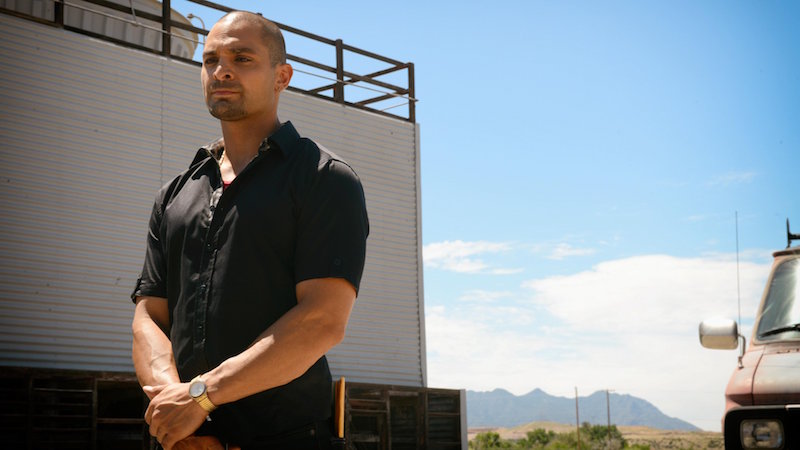 Kim (Rhea Seehorn) was also used very nicely in this episode, which was pleasing to see after the improvement made to the character in the premiere. I particularly liked the scene where Kim swapped paperwork around to ensure she’s sitting next to Jimmy at HHM meetings, before playing footsie with him under the table. But the most telling moment was at the end, where Kim was sharing one of Jimmy’s leftover pies (the ones not used by Walmold to create an actual fetish video to sell his story), and was taken aback by how indifferently Jimmy revealed he fabricated evidence to get a client off the hook. Why would he risk being disbarred for a lowly pro bono case?

She may have enjoyed helping Jimmy hustle an egomaniac stock broker last week, but it’s clear that Kim has firmer principles where it matters. Something tells me she won’t yield to Jimmy’s way of doing business, so a nasty split seems unavoidable at some point this season. And that would be a shame, because I rather like these two together; simply being in a fun relationship gives Jimmy’s character a different angle than anything we saw in Breaking Bad, for instance.

YOU, ME & THE APOCALYPSE – ‘Episode Three’