Black Mirror is in an unenviable position. While the first couple of series were well received on Channel 4, it was really Netflix’s third series that took the show to new heights of popularity. While it didn’t completely abandon its quintessentially British feel on the streaming platform, it did up the stakes and took on a wider scope with bigger celebrity names getting involved.

Award-winning episodes like “San Junipero” brought Charlie Brooker an unprecedented level of acclaim, to the point where this fourth series has become the most anticipated in the show’s history. But how do you meet growing expectations with an anthology series that prides itself on crafting different stories and pushing boundaries? 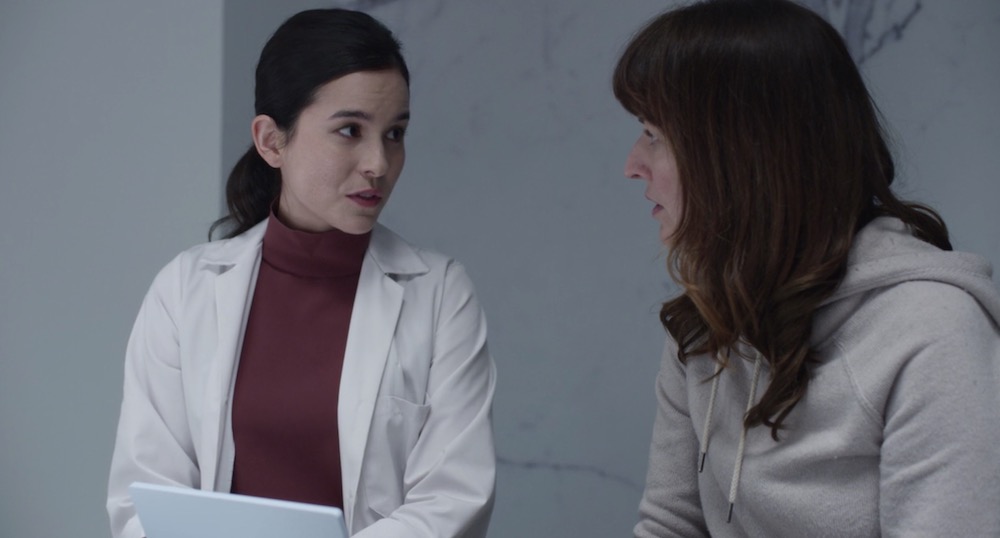 If you’re watching series 4 in order, then second episode “Arkangel” has the unenviable task of following the incredibly enjoyable “USS Callister“. At the end of each hour you almost have to reset yourself ready for the next one, and “Arkangel” thrusts you into an entirely different experience. Adding to the expectations, this is an episode directed by Jodie Foster, which is a huge coup for Black Mirror, especially considering her minimal television work. Foster is also the first woman to direct a Black Mirror, which is a step in the right direction for the show.

“Arkangel” is a tale that feels like it needed Foster’s touch to fine tune it, both as a mother herself and her own encounters under pressure as a child star. This is an episode that works on different levels depending on your own personal situation and life experiences. 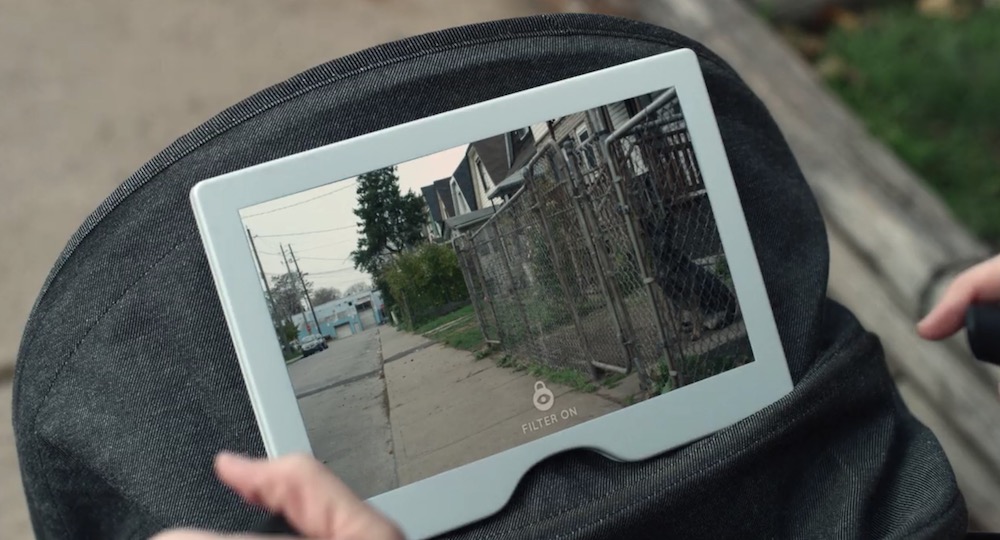 The story focuses on the relationship between single mum Marie (Rosemarie DeWitt) and her young daughter Sara (Sarah Abbott). Marie’s thrown into a panic when Sara disappears one day, until someone finds her down the street, but the horrifying experience is enough to spook Marie into taking drastic action to ensure her daughter will always be safe.

The title of the episode refers to a project Marie hears about, involving the implantation of a chip to allow the 24/7 tracking and monitoring of the recipient. Marie insists her daughter undergo the procedure, so there’s no chance she will ever go missing again. And this is where Black Mirror always excels; taking an idea that’s so simple, then putting a strange technological twist on it. The loss of a family member or loved one is something we can all relate to, and it asks a thought-provoking question: how far would we go to protect those we love. 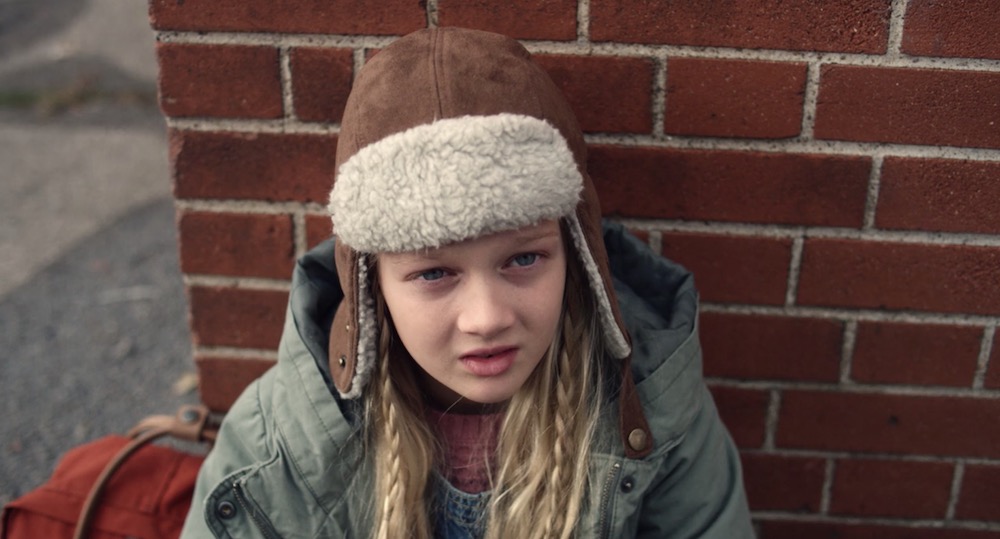 DeWitt brings a depth and emotional range to Marie that many will relate to as parents. Her love for Sara is undeniable and her heart’s in the right place, but does she go too far in trying to protect her from the world and limiting her freedom? Not only are we made to think about boundaries but also about censorship, as the chip allows a strange ‘filter’ to be turned on (meaning Sara can’t hear or see anything considered ‘bad’ that might cause her distress).

The filter seems like a good idea, in principle, but in practice Marie finds its not all that its cracked up to be. When Sara’s grandfather collapses, she’s unable to see or react to the situation properly. But its only once Sara (now played by Brenna Harding) grows into a teenager that real problems come to the fore. 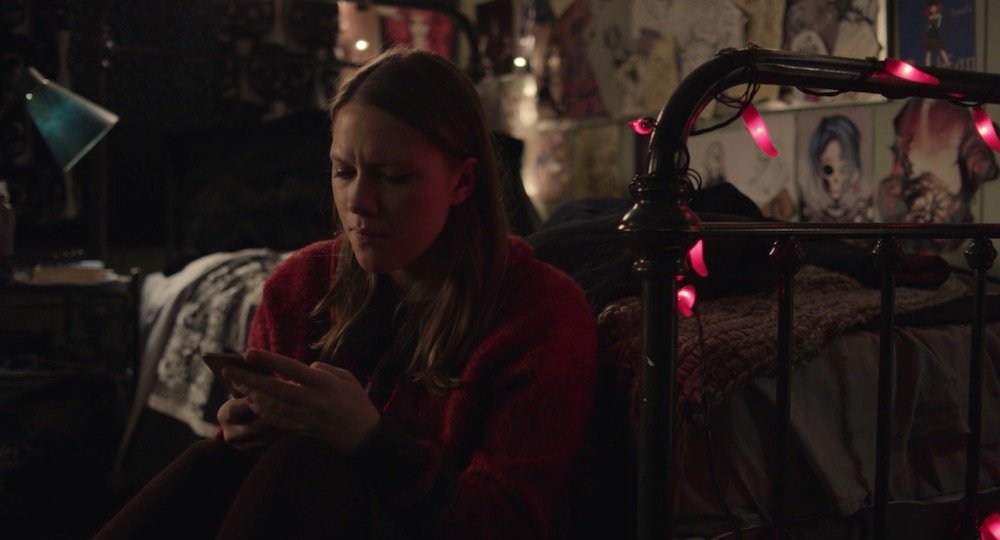 It’s easy enough for Marie to control her child when she’s too young to fully understand what’s going on, but once Sara becomes an adolescent and has questions and curiosities then bigger challenges arrive. It’s clear that seeing the world through a filter has left her naive and confused and unable to connect with others her age. We’re left wondering just how much censorship is too much? Society always debates the impact of sex and violence in films and video games on impressionable minds, but here we see the problems with leading an overly sheltered life.

“Arkangel” is also a tale of respecting boundaries. The awkwardness of Marie seeing her daughter sleeping with a guy, through her eyes, is cringeworthy and not something any of us want to experience, but by that point it’s clear that Marie’s become addicted to Arkangel and is now  unable to live without monitoring her child. 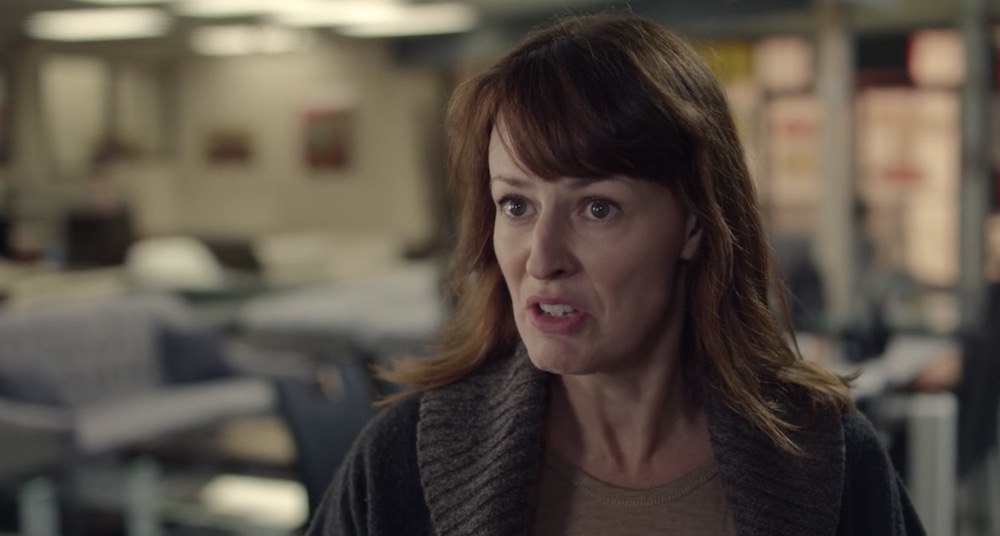 The story builds to a crescendo as Marie’s inability to let her daughter develop into her own woman ends in a typically bleak Black Mirror manner. It’s unsurprising and almost one of the more predictable stories of Series 4, but it’s also one of the most relatable of the series. The family dynamic is very real, and the technology feels like something that we might be heading towards.

What you get out of “Arkangel” depends on what angle you have on it. Whether you’re a teenager or a parent it raises different questions. Marie clearly goes too far, but I could completely understand her fears about losing a child and wanting to protect them. But if you’re still young or you’ve never had children, you may only see her as a controlling villain. It’s not the most imaginative or game-changing episode Black Mirror’s ever delivered, but Foster’s direction,  a solid cast, and strong writing allows the interesting premise to shine.

by Josh Winning
Join the Conversation