Directed by Nacho Vidalondo (Timecrimes, Extraterrestrial), it comes as no surprise that Colossal’s a strange film that makes extremely good use of a small, by Hollywood standards, budget. This isn’t just a kaiju movie in the vein of Godzilla, but also a thoughtful look at addiction and abusive relationships.

The story is both complicated and simple. Gloria (Anne Hathaway) is thrown out of her boyfriend Tim’s (Dan Stevens) apartment for being “out of control”, so returns to her hometown to start again in a completely empty home (echoing Gloria’s emptiness at this point). Later, she reconnects with old friend Oscar (Jason Sudekis) and falls back into the destructive habits as before, before one day awaking up from a night of drinking to news reports of a monster wreaking havoc across Seoul, South Korea. Everyone’s fascinated by the incredible footage on television of a giant creature stomping down city streets, but when Gloria notices the kaiju shares her own nervous tick… her fascination turns to horror. To say more would be to spoil things, as would watching the trailer, but just know there’s far more to discover than one might expect. 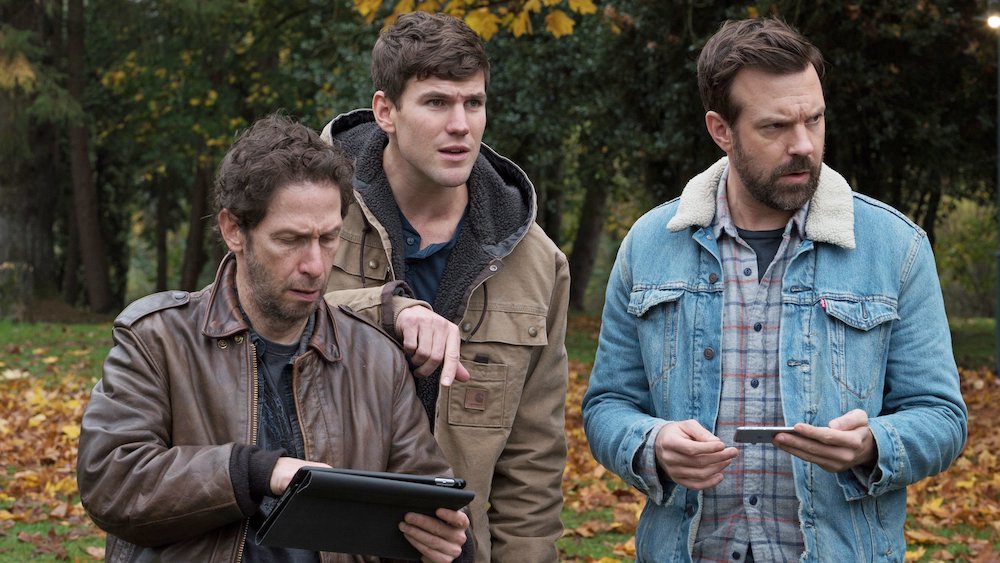 Vigalondo’s script for Colossal is excellent, because while the premise could easily become a laughable mess, by playing everything straight-faced it works as a dramatic piece. The lighter touches, though funny, manage to make the film feel more grounded and give all the characters greater believability. By the time the kaiju action ramps up, you’re actually more invested in the human characters than witnessing a creature destroying a city. Making this plot feel believable is no easy feat, but it’s exactly what makes Colossal such a memorable one.

Anne Hathaway plays Gloria wonderfully, being infuriating and pathetic but never losing your interest in her as a person. Jason Sudekis gives a surprisingly nuanced performance, moving away from his ‘nice guy slacker’ schtick to something far darker and more interesting. Dan Stevens (Legion) is a little wasted in the role of Tim, but uses his limited screen time to portray the different sides of his character well. This is definitely a film where the characters subvert expectations, much like the plot.

The most interesting part of Colossal, beyond the juicy high concept, is the relationship between Gloria and Oscar. It shifts imperceptibly and constantly right until the end, making for a disorienting and sometimes uncomfortable watch. It’s hard to know which Oscar is the real one for the audience and Gloria alike, and becomes an intense look at abusive relationships and addiction. Not to mention the sinister logic behind Nice Guy Syndrome. 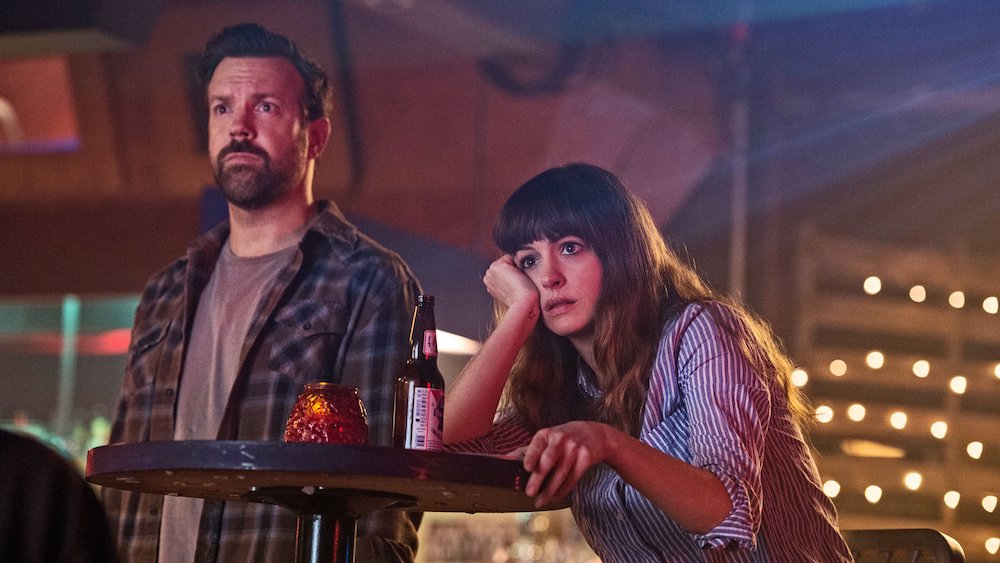 The kaiju itself is mostly seen through eyewitness footage captured on smartphones. This is a smart touch, as it plausibly limits the amount of screen time they can give the monster on a relatively small $15 million budget. The kaiju isn’t the best-looking monster to grace the cinema, but it has freaky and distinctive look, with enough human qualities to make the psychic link between it and Gloria seem less ludicrous.

Colossal does manage to fall short of expectations, with a redundant flashback explaining why everything is happening in the present. It wasn’t necessary and dragged me out of the story. Said scenes are beautifully shot with washed-out colours and scored to very haunting music, but it just wasn’t necessary. It’s one to thing to show that Gloria’s always surrounded herself with people who aren’t good for her, but by this late stage the point had already been made.

This is quirky kaiju movie that’s far more about people and personal monsters than the literal one. Combining a character drama with the kaiju genre is such a brilliantly strange and interesting idea. As with most of Vidalondo’s movies, Colossal defies expectations and exceeds them. This film may be tough to watch at times, but those who make it through will be rewarded with a thoroughly clever and unique “monster movie”.