I’m watching Preacher hoping it’s going to spark to life, but I’m still waiting. It all feels insufferably slow right now; particularly when compared to the fast-paced comic book it’s very loosely adapting. Maybe having read the source material exacerbates matters in my mind, and viewers unfamiliar with the comics are having a better time?

But even when you compare Preacher to other supernatural series with a similar tone and setting, it feels weirdly restrained—like the writers know there isn’t deep enough material, or strength of characterisation, to turn Preacher into a great small-town fantasy series… but they’re giving it a go anyway, because how else do you convince AMC this won’t be a hugely expensive and sacrilegious niche? I guess you have to try and bring things down to earth and make it fit established parameters, for budgetary reasons if nothing else. I just don’t like how the writers have gone about it. 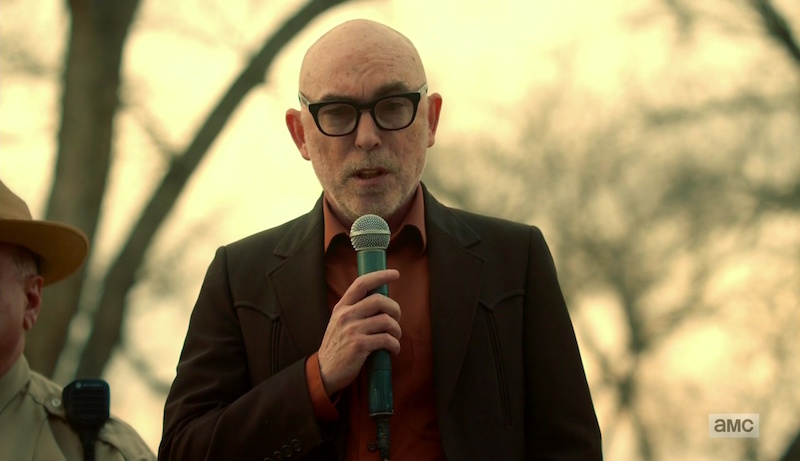 I don’t like how things are being thrown out, with no rhyme of reason. There have been two cold opens focusing on Preacher villains so far, and neither has been explained or mentioned since. If you’re not a fan already, I have no idea what you thought the ‘cowboy flashback’ was about in episode 2, or who the ‘man in the white hat’ was last week, and since the show hasn’t returned to them… do you even remember those scenes happening? They don’t seem relevant, even if they’re important foreshadowing. I assumed each episode would continue the Old West flashback, piecemeal each week, before that character makes his present-day debut, but no. I’m not claiming to be a better writer than the team behind Preacher, but we’re four episodes in and there’s too much that isn’t gelling.

“Monster Swamp” opened with a Hard Target-style scene of half-naked women being hunted by men with rifles, with the twist being it was just an elaborate paintball game, before the ‘Final Girl’ was tragically killed anyway by falling down a sinkhole. The ‘hunters’ turned out to be employees of Odin Quincannon (Jackie Earle Haley), a man who definitely seems to have been desensitised to violence and lacks human empathy. I liked his dispassionate speech at the sinkhole the next day, as the police winched Lacey’s dead body up from its pit. “… if you’re gonna be out here in the middle of the night, you need to watch where you’re walking.” 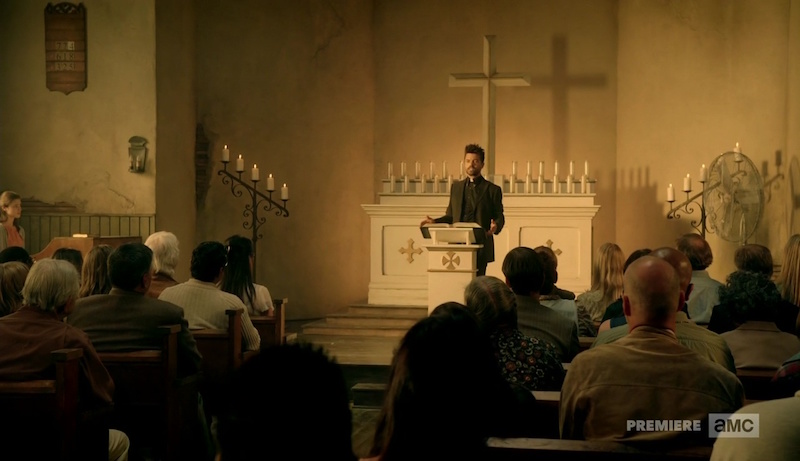 Interesting that Tulip (Ruth Negga) seems to have taken it upon herself to become a champion for subjugated local women, and the only person upset by the sinkhole accident. It was another sign that Annville is actually a very retrograde, depressing place to live—what with its abusive husbands, paedophile bus drivers, weird businessmen, etc. The town really does need an effective preacher.

The world of the show opened up slightly this hour, as there was more focus on Emily (Lucy Griffiths) and her home life. I liked how one scene felt like she was married to the town’s mayor, but they’re just fuck buddies and he’s infatuated enough to babysit for her too. And we also saw more of the aforementioned Odin—playing Q*bert on an old computer, then painting figurines for a scale model of the Alamo. He felt like a more rounded person, and Haley’s doing nuanced work with a thin role. 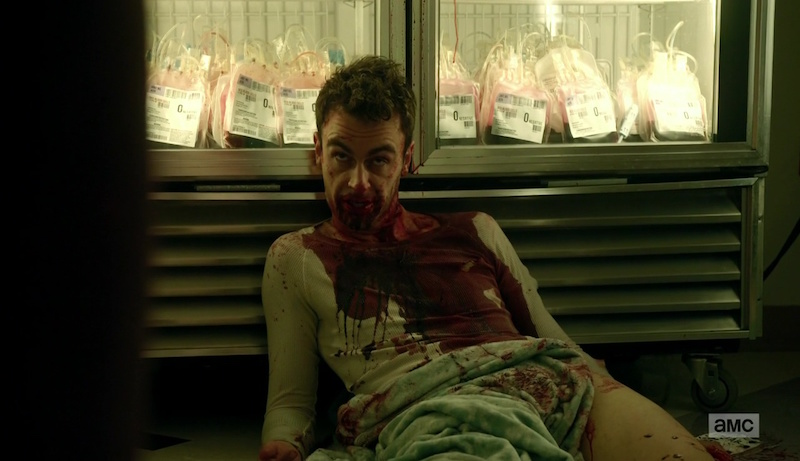 The episode climaxed with Jesse (Dominic Cooper) using his ‘voice’ on Odin at a church full of worshippers, turning a lifelong atheist into a servant of God before the congregations eyes. I’m interested to see where that might leave. Could one of the show’s creepier presences have found salvation this early in the show? My educated guess is that Jesse’s command will backfire, again, because Odin’s could serve God by doing very bad things. A lot of evil is perpetrated in the world by the devoutly religious. It’s very possible Jesse unwittingly created a dangerous enemy, as Odin was otherwise a strange but toothless social pariah.

There was also some business with Fiore (Tom Brooke) and DeBlanc (Anatol Yusef) the earthbound angels, cooped up in a motel room and having to rely on vampire Cassidy (Joe Gilgun) to help them get ‘the entity’ out of Jesse’s head. It was confirmed that they’re celestial beings that have come to earth, without permission, to get the ‘entity’ back (I know why, but won’t spoil something I’m sure most people will assume happened anyway), and they possess a phone with a hotline straight to the heavens. 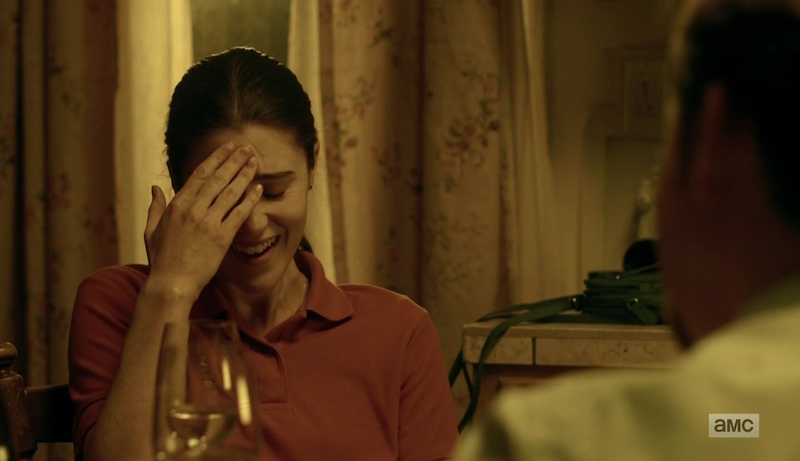 Overall, “Monster Swamp” certainly didn’t live up its enticing title, and there are still lots of subplots and flashbacks that don’t have a cohesive vision behind why they exist, but slightly more of the hour’s events had focus this week. It was a mild improvement on the previous three hours, and I’m glad Tulip now knows that Cassidy’s a vampire (after accidentally pushing him out a window and severely injuring him). I forget if Jesse knows Cassidy’s a vampire or just thinks he’s a drunken fantasist, as his reaction’s been oddly muted.

“Road trip. You’ve gotta know that’s where this is headed,” Cassidy tells Jesse outside his church, in a meta admission Preacher is stalling the driving force behind the comic. I don’t mind spending time, maybe a whole season, in Annville… but the writers really need to make the stay a lot more pleasurable.