Even if you disregard the relatively consistent quality of its Pixar co-productions, Disney itself has been on a hot streak with animated features over the past few years. 2009’s The Princess and the Frog was the last film from Walt Disney Animation Studios that could arguably be called a dud, but was soon followed by hits like Tangled, Wreck-It Ralph, Frozen, and Big Hero 6—all films that demonstrate a serious creative resurgence. With Zootropolis (known as Zootopia in the US and elsewhere), Tangled director Byron Howard joins forces with Ralph’s Rich Moore for a film that’s far more than just another sign of Disney’s recent quality—it’s up there with the very best what they’ve had to offer just lately.

You may think that cute talking animals are a safe bet and well-worn material for the studio at this point, but there’s much more to Zootropolis—that proves it isn’t playing it safe, and this is both a riotously hilarious movie and one with much more going on beneath the surface to make it a compelling and challenging watch. In terms of Disney’s ability to be innovative, it’s working on the same level as the gloriously imaginative Wreck-It Ralph; creating a richly-drawn world and filling it with characters and constructs that feel real and consequential, while also delivering sight gags, visual humour, and witty one-liners at an astonishingly quick pace. 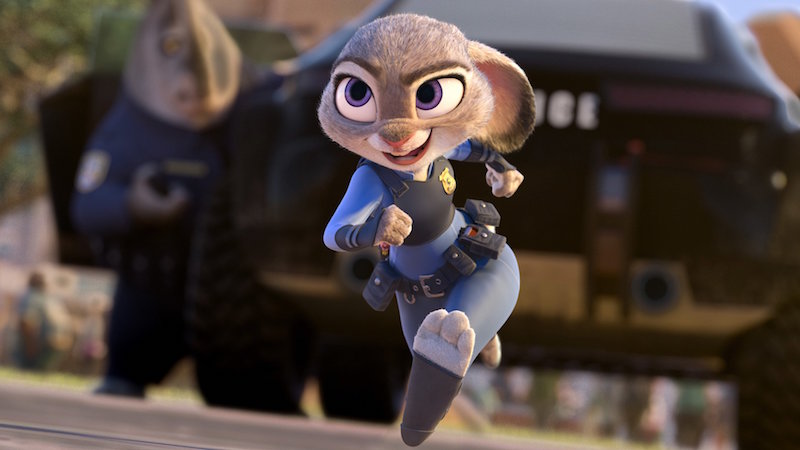 The narrative follows the buddy cop playbook fairly closely; it tells the tale of Judy Hopps (Ginnifer Goodwin), the first rabbit to ever qualify to be a police officer in the metropolitan mammal city of Zootropolis. Her sceptical superior Chief Bogo (Idris Elba), a bad-tempered buffalo, assigns her to parking duty immediately, and she meets Nick Wilde (Jason Bateman), a con artist fox, pulling scams while she’s out on the job. Despite Bogo’s doubts of her abilities due to her small stature and Nick’s undermining of her authority, she soon finds a way to get herself working on a high-profile missing animal case, securing the reluctant help of Nick so that she can get to the bottom of what’s going on.

Where the film’s intelligence becomes clear is in how it handles the different mix of animals living within the city, confidently showing how “predators” and “prey” now co-exist and have grown beyond their former wild nature to create a seemingly utopian society. Even in what appears to be relative harmony, though, it becomes all too clear that tensions between the groups have existed for a long time, and it makes for a straightforward parallel to racial discrimination that is surprisingly nuanced and fascinating. 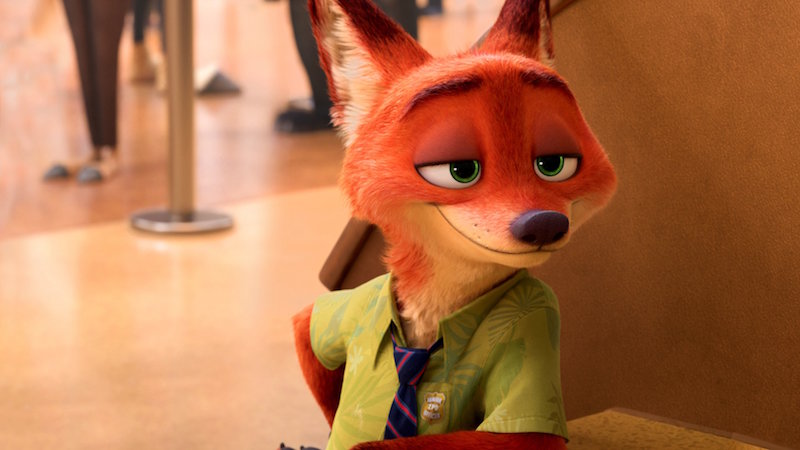 The film looks at how both groups are disadvantaged by a narrow worldview, and how opinions established in childhood by bullies can shape a life where you feel forced to take on a particular role. There’s a lot of thoughtful stuff going on here, and even if it doesn’t always make for the tidiest comparison to race relations in the real world, it’s challenging its young audience to consider the complexities surrounding these issues.

What’s most impressive is that it does all of this while being a highly entertaining watch, too. None of its social commentary comes off as preachy, and is integrated so well into the world that it doesn’t take you out of the moment when watching the film. It may actively be all about stereotypes, racial injustice, and a whole range of very political issues, but it’s never about those things in such a way that detracts from an immensely enjoyable film. The characters are charming, the world bursts with life and inventiveness, and the humour is ever-present and incredibly effective. 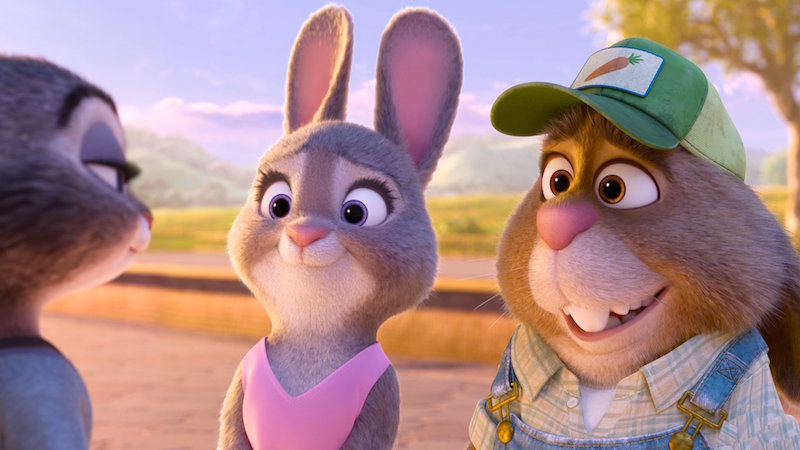 While certain jokes are more likely to get a laugh from adults in the audience (and kids are unlikely to recognise just how much of this is about the political landscape we live in), much of what’s fun about this film comes as a result of its intricate world-building and its multi-layered approach to comedy, so that visual humour is largely prioritised and audience members of any age will be in on the joke. The film does much more than just have talking animals directly take the place of humans, too, and it cleverly envisions what an animal world might actually look like, complete with particular animals using their own individual abilities in specific and often very amusing ways.

It goes without saying that the voice cast is excellent. Goodwin and Bateman make for a terrific buddy cop duo, and Idris Elba’s line readings are absolutely perfect. Beyond those core cast members, you’ve got the enviable talents of J.K Simmons, Jenny Slate, and Alan Tudyk, too, and Shakira even has a role as Gazelle, a much loved pop singer whose music all of characters seem to listen to.

Ultimately, Zootropolis deserves to be Disney’s next big hit for all the right reasons. It showcases ambition and fascinating thematic relevance in a way that few of its films have managed, and is a great deal of fun to boot. It’s as good as anything that’s carried the Disney brand in recent years, if not better, and it takes the all too familiar construct of having walking, talking animals who act like humans and finds new ways to spin the story while delivering plenty of laughs and excellent character-driven storytelling.