Laurie Strode confronts her long-time foe Michael Myers, the masked figure who has haunted her since she narrowly escaped his killing spree on Halloween night four decades ago.

Do we need another Halloween, after seven sequels and a remake duology? Even the enticing hook of having Jamie Lee Curtis return as Laurie Strode, the babysitting ‘Final Girl’ from the first two, is something Halloween H20: 20 Years Later (1998) already did two decades ago. But here we are again, thanks to the trend for rejuvenating ’80s classics with original stars returning to their career-defining roles.

It also helped that Jeff Fradley, Danny McBride and David Gordon Green’s script impressed original director John Carpenter so much he agreed to provide the music. However, the fact remains, the only unique thing about Halloween ’18 is how it chooses to ignore everything that followed the ’78 original—meaning Halloween II’s (1981) twist that Laurie is boogieman Michael Myers’ sister is no longer the case. 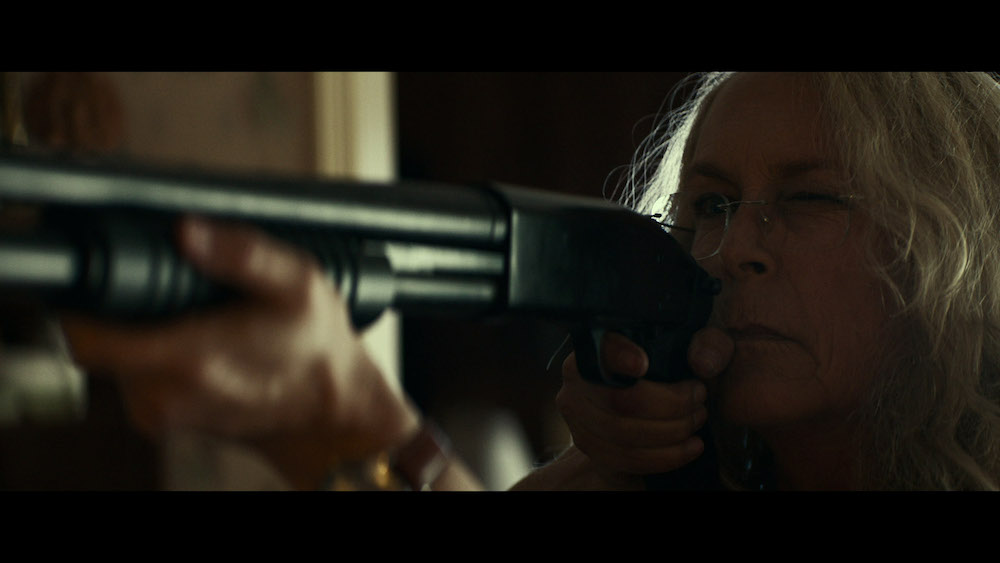 Halloween ’18 largely plays like an alternative version of H20 (uh, H40?) and even restages its toilet cubicle sequence—with a gorier payoff. Four decades after Laurie Strode survived an attack by notorious serial killer Michael Myers, who escaped from an asylum to prey on the babysitters of his hometown, the masked killer again escapes and heads to Haddonfield to finish the job. In the intervening years, this version of Laurie has become a grey-haired alcoholic bad-ass who almost destroyed her relationship with daughter Karen (Judy Greer) because of her obsession with the idea Michael will one day return. As a child, Karen learned how to shoot guns at her traumatised mother’s insistence, and even today her mother can’t relax even knowing Michael’s in prison and wants Karen’s teenage daughter Allyson (Andi Matichak) to also prepare for the inevitable showdown.

This is quite a departure from H20′s approach to Laurie Strode, which painted her as someone with PTSD trying to move on with a new boyfriend and teenage son in California after faking her own death. Unfortunately, I don’t buy into this new timeline’s ramifications, mostly because it seems unlikely Laurie would’ve gone nuts after one traumatic Halloween night 40 years ago. 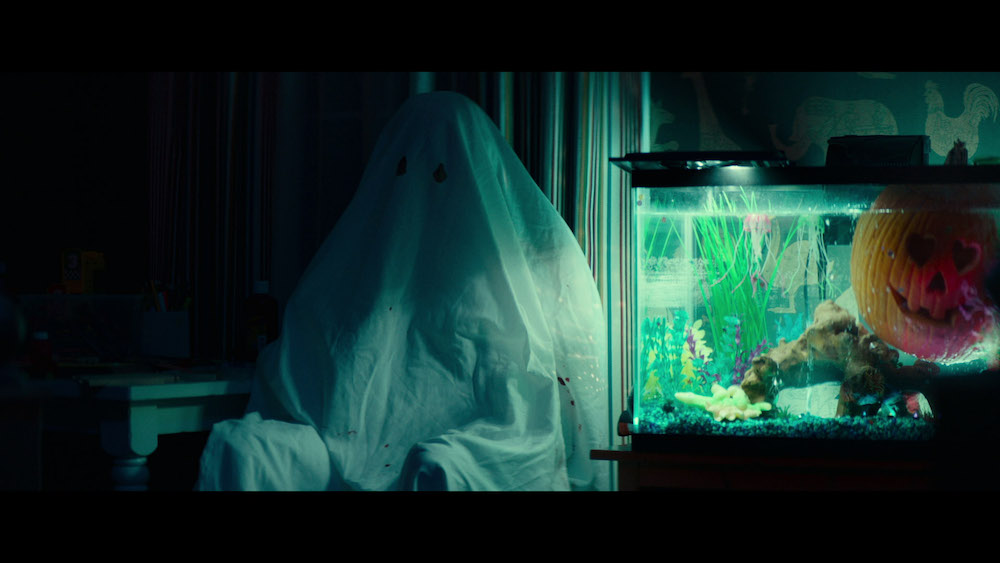 The fact Michael now isn’t related to Laurie also means there’s no familial connection that can’t be brushed aside, so we’re asked to accept Laurie’s experience was so scarring that she dedicated her entire adult life to preparing for his return—when there’s no clear reason for Michael to target her ever again. Lip service is paid to the idea Michael needs to reassert himself by finishing what he started, according to his psychiatrist, but I didn’t really buy into that. Michael was captured and has been locked away for decades. If she’s so concerned about encountering Michael again, why not move to a different town far away and change your name, as happened in H20?

Maybe the writers know H20 did a better job imagining teenage Laurie Strode as a middle-aged mother, so they had to do something different for her autumnal years… and this was the next best thing that didn’t repeat things. There’s no point in remaking H20, so I don’t mind they took a different path, but it’s a pity the logic surrounding the sort of person Laurie grew into doesn’t seem as convincing or interesting. 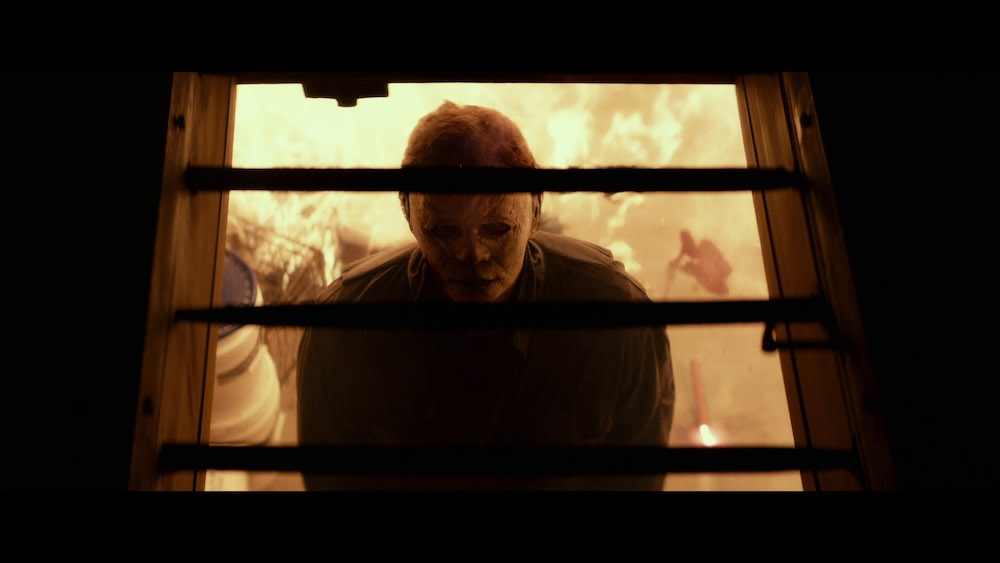 On the plus side, I did enjoy seeing three generations of Strode women represented here, each with varying degrees of sanity represented: Laurie is preoccupied with the idea of Michael returning to finish her off; her middle-aged daughter is trying to forget a painful childhood dealing with her mother’s fears and paranoia; while her granddaughter is aware of what happened in 1978 and how it’s made her gran a figure of ridicule around town, but doesn’t fully appreciate the trauma underpinning everything.

One of the movie’s best moments is when a group of teenagers talk about how the events of Halloween (1978) doesn’t seem all that frightening in 2018, as the culture’s become desensitised to awful true-life crime and bloodsoaked slasher movies where the body count’s a lot higher and the depravity more shocking. Michael Myers only killed a couple of people, right? You need to be into double figures to even make the news these days. 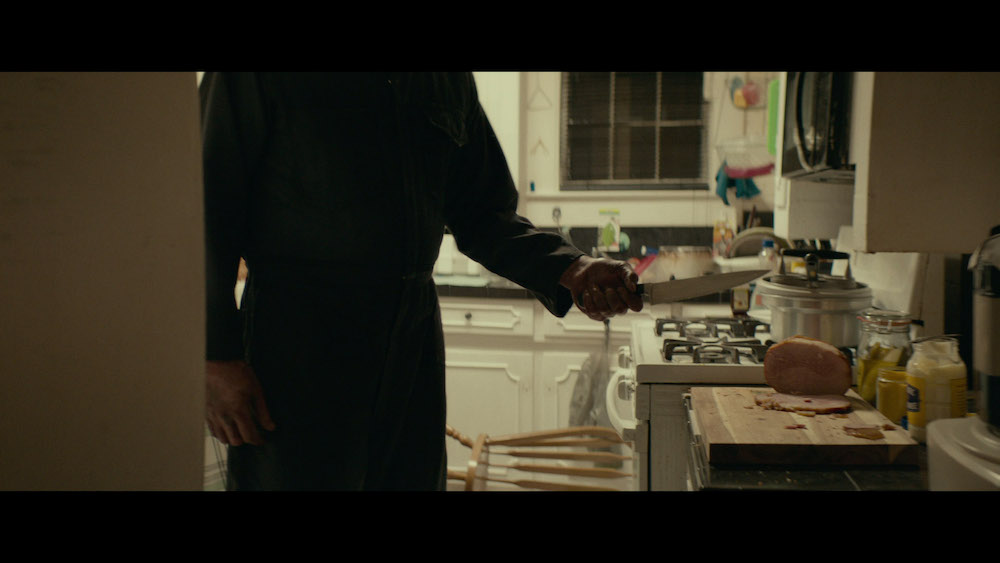 Halloween ’18 is a mirror of the original in some ways and works best whenever it’s directly reminding you of John Carpenter’s old movie. The most successful portion of the film is when Michael’s back in Haddonfield, walking amongst trick-or-treaters, wandering into homes and knifing people to death in cold blood. There’s a chilling vibe to everything that really works, and when events move to Laurie’s remote forest home, which she’s tricked out with various boobytraps and a panic room under a kitchen worktop, the movie becomes a huge amount of fun. There are even some excellent references and callbacks to the ’78 film, but this time with Laurie symbolised as “the hunter” and Michael as “the prey” at times. Fans will enjoy seeing the nods to the original, but newcomers perhaps won’t even notice and it still works without that knowledge.

In summation, Halloween ’18 gets a lot of things right when it comes to portraying Michael Myers on-screen (his nonchalant gait and scuffed up mask are perfect) and ends with an extended setpiece that’s tense and enormous fun for a slasher movie. But it’s not a fresh as it seems to think it is and there’s a pervasive feeling that H20, for all its own faults, got here first and did a better job imagining Laurie’s adulthood. Still, as a means to pay tribute to Carpenter’s iconic movie and bring fans a classic version of Michael Myers they can be satisfied with, that feels like a sequel unburdened by what the many sequels did, Halloween ’18 is enough of a success.

My only worry is that, rather like H20, it ends on a perfect if more ambiguous note, but we know Universal is developing a Halloween 2 with screenwriter Scott Teems (TV’s Rectify and Narcos: Mexico). It remains to be seen if Jamie Lee Curtis, burned from the experience of returning for the abysmal Halloween: Resurrection (2002) after H20 ended things so gracefully, will agree to return for the fifth time. As for Michael, well, that guy just won’t stay dead. 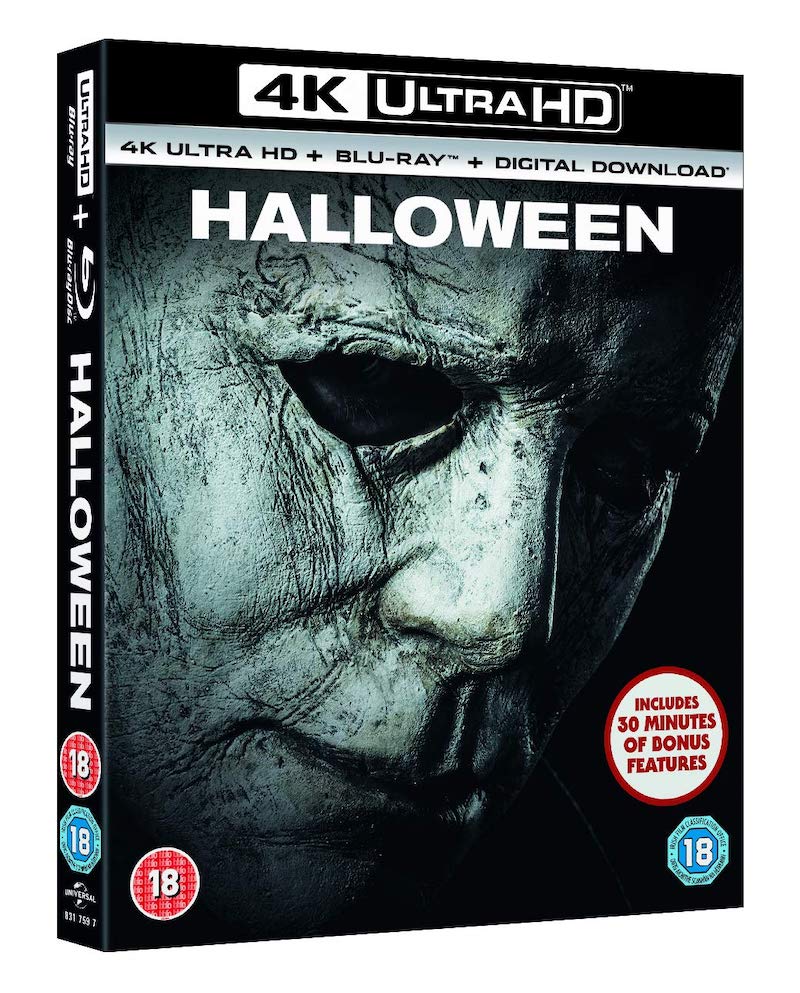 David Gordon Green shot Halloween digitally at 2.8K resolution, meaning it’s been upscaled to 4K Ultra HD for this disc release. The level of detail and clarity is only a marginal uptick compared to the 1080p Blu-ray, although HDR does mean the colours are slightly richer and better saturated. Both the 4K and Blu-ray discs come with an object-based DTS:X sound mix, which doesn’t make much use of the height channels but does deliver an immersive soundscape. John Carpenter’s throbbing electronic score is the undoubted highlight, despite being very front-heavy, and sound effects are handled very well. Nothing extraordinary, but a good mix.

Written By
Dan Owen
More from Dan Owen
The ongoing issues with the mycelial network have felt like a hangover...
Read More