Times are tough for traditional, two-dimensional, hand drawn animation. The mainstream is dominated with glossy, shiny, digitally-animated movies that, while often hits with audiences, always struggle to conjure something as simple and as visually compelling as sensitively drawn pictures brought to life on the screen. The Japanese animation company Studio Ghibli has long been a consistent source of the most captivating and authentic experiences you can find in animation, and its output achieves universal appeal by delivering stunning imagery; tapping into emotions and narratives that are understandable for all generations. But, after announcing restructuring at the studio in August 2014, it seems that its latest, When Marnie Was There (which had its UK premiere at the BFI London Film Festival and is expected to have a wider release next year), may also, unfortunately, be its last.

If this is truly to be the final film from the studio that brought us My Neighbour Totoro, Princess Mononoke, and Spirited Away (to name just a few), it’s a more than fitting note to go out on. Reminiscent of Isao Takahata’s Only Yesterday, another film about the calming effect and allure of the countryside, When Marnie Was There follows in the footsteps of its director Hiromasa Yonebayashi’s previous film Arriety by being based on another English children’s story. Where Arriety was loosely based on Mary Norton’s classic The Borrowers, Yonebayashi’s follow-up is a fairly faithful retelling of Joan Robinson’s 1967 novel of the same name. 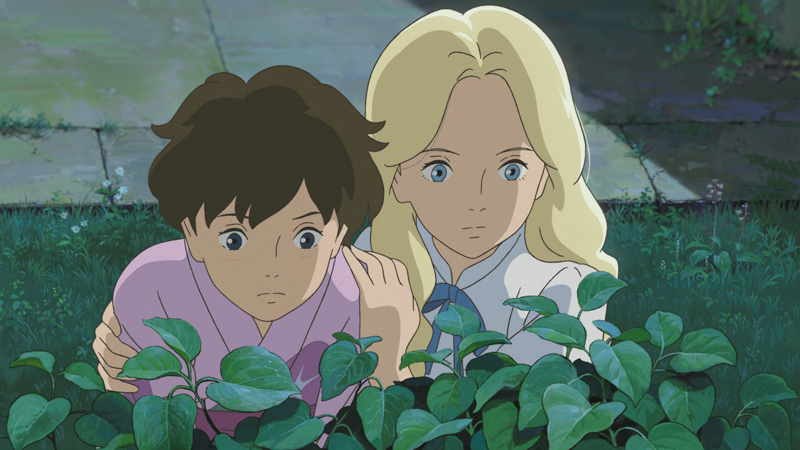 The story, like so many Ghibli tales, follows a young woman yet to find her place in the world. In this case, the protagonist Anna (Sara Takatsuki) is very frank about the sadness she feels and the depression that’s struck her as a result of not fitting in at school and being a foster child. Struggling to overcome her asthma in the big city, her mother (Nanako Matsushima) decides to send Anna from Sapporo to a seaside town where she hopes her daughter will find some happiness and recover from her condition with the help of the clean air. By the sea, Anna stays with her aunt and uncle but only begins to feel truly comfortable when she makes a friend in the mysterious Marnie (Kasumi Arimura), who lives in a long abandoned mansion on the other side of a salt marsh.

It’s rare to see any film, especially one that’s suited for both children and adults, be so direct about its protagonist’s struggle with depression. The film makes it clear right from its opening moments that Anna is plagued by self-doubt and self-loathing, and that her issues are not going to be easy ones to overcome. In Marnie, she finds somebody to confide in and someone who sees and values her for who she is. This is a film that really understands how it must feel to wish that others around you could just relate to you on your level, and it succeeds in those moments of elation as Anna and Marnie both realise they’ve found a kindred spirit in each another. 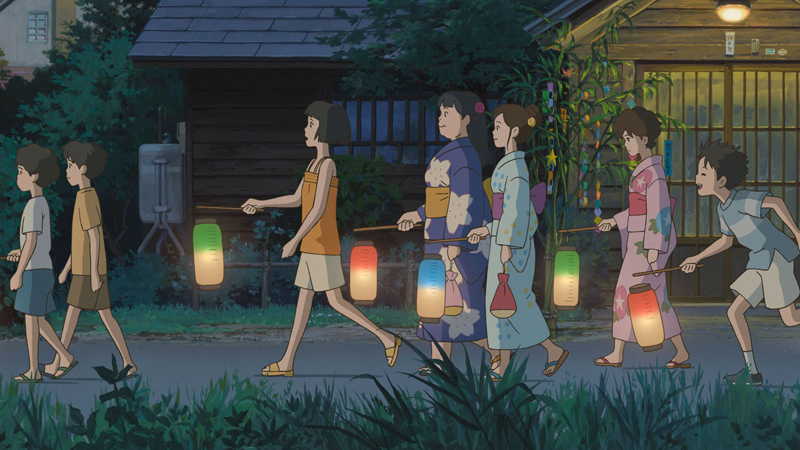 Parenting and the position of role models makes up another central theme of the film, as it ponders how much Anna’s foster parents love and trust her, along with showing us how she desires to have a normal life that might not be as great as she thinks it would be. The film has a lot to say about how to be a good parent and how you might only recognise the value of such parenting as you grow up. Of course, though, the presence of Marnie is mysterious, especially when Anna begins to really think about how her friend lives in a house that is abandoned and decrepit, and how she keeps disappearing without explanation. Consequently When Marnie Was There does have a ghostly and melancholic edge, but it isn’t overwhelming and a more hopeful message of growth begins to emerge. The film takes the notion of ghosts and spirituality and turns them into something cathartic for Anna; but it must be said that there’s a weight of exposition that doesn’t sit comfortably with the film as, in its third act, it answers its mysteries

On some level, it must be daunting for many of Studio Ghibli’s directors to approach the business of making films that’ll sit comfortably among the works of their visionary animators Hayao Miyazaki and Takahata. On the other hand, what could be more inspiring than what they’ve built over the past 30 years? Many of the greatest films from the studio have come from those who have successfully echoed the themes, ideas, and visual poetry of the founders’ early works. As Ghibli’s youngest director, Yonebayashi already created something exceptional with Arriety, and he has done so again with the gorgeous When Marnie Was There. It’s a film that has a completely different animation style to the expressive Tale of Princess Kaguya, but has just as much heart and emotion coursing through its quieter and more considered storytelling. 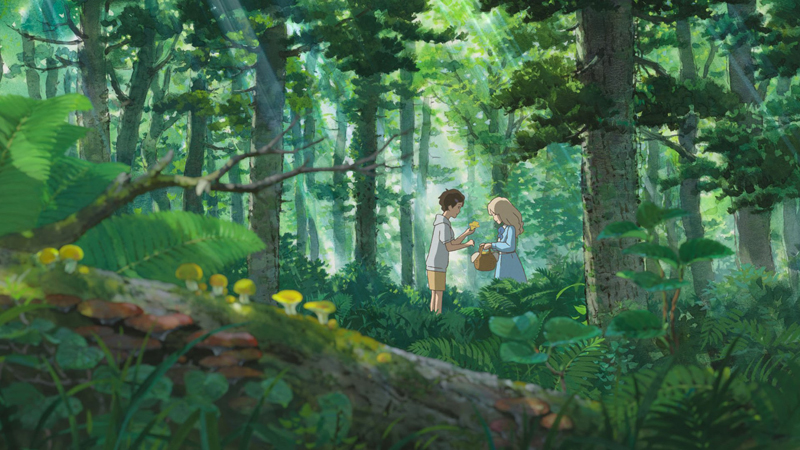 Even if we’re looking at the last film from the studio, there will be a legacy and lasting impact here that’s impossible to match. The technology in modern animated films can quickly look dated, but two-dimensional animation never ages because it’s based on simplistic forms and artistry that never fail to impress. There will always be a staggering collection of films from Ghibli to return to, time and time again, and others are emerging to to continue the production of traditional and resonant animation, even if the appeal has now become niche. The freedom that comes from being outside the mainstream is potentially going to bring forth some amazing stories, and it’s something that can already be seen in the lovely Irish folk tale told in Tomm Moore’s Song of the Sea. Films like that should give us all hope that there’s more greatness to come from animators with the ambition to tell bold visual stories, and without the aid of too many cutting-edge computerised techniques.

Admittedly, at this moment, it’s hard to shake the idea that the possibility of losing what Studio Ghibli offers is a massive blow to creativity in cinema. Even as a smaller film, When Marnie Was There captures what is so terrific about the studio’s output so succinctly and perfectly, as it combines its interest in the power of nature with touching sentimental emotion and ideas concerning the mysterious, fantastical and unknowable aspects of life. This is a beautiful film in more ways than one, and it’s emblematic of the work of a studio that never once let itself settle or create anything other than amazing animated films that were always completely unlike what everybody else is making.

Written By
Simon Cocks
More from Simon Cocks
When a mysterious woman seduces Dom into the world of terrorism and...
Read More