Among the many problems I have with season two of True Detective, probably the main one is the show’s insistence on writing cheques its plot simply isn’t cashing. “Black Maps and Motel Rooms” was a taut episode in many ways, and one which set things up nicely for an interesting and no doubt action-packed finale, but… but… but… it also contained a glaringly annoying and out-of-place plot development which undermined much of the episode. I’m talking about the moment when Ani (Rachel McAdams) and Ray (Colin Farrell) came together in what was clearly meant to be an ‘explosive moment of undeniable chemistry’, but instead came across as though Nic Pizzolatto said to himself “well, of course she’s going to fuck him in the end; she’s a female cop with a male partner and they’ve spent an evening getting drunk in a hotel room, what other possible outcome could there be?”

And that’s what’s so depressing about this show—up until this point Ani had been fairly consistently written (and I’m including the earlier moment when she came on to Ray while coming down from her drug-taking), not to mention being that rare thing: a fully-developed female character in a world of agonised men. But that final sex scene felt unearned, inorganic to the plot, and very off-key. I buy the idea that Ani uses sex as a weapon and that she sees it as a way of earning release; I buy the idea that Ray, having been morally-righteous the first time she came on to him, would be unable to resist when opportunity knocked again; but I don’t buy that their long, dark, nighttime of the soul would ever have ended this way. I’ve been enjoying Ray and Ani’s dark-humoured platonic relationship, and it seemed something of a disservice to both characters to have them become sexual rather than continue trading quips and move towards a friendship. Then again, it’s possible Pizzolatto doesn’t believe men and women can really be friends—certainly that scene felt like a bit of a cheap trick; a piece of lazy writing that showed us nothing new or interesting about either character, and unintentionally revealed rather more about its writer than he might have intended. 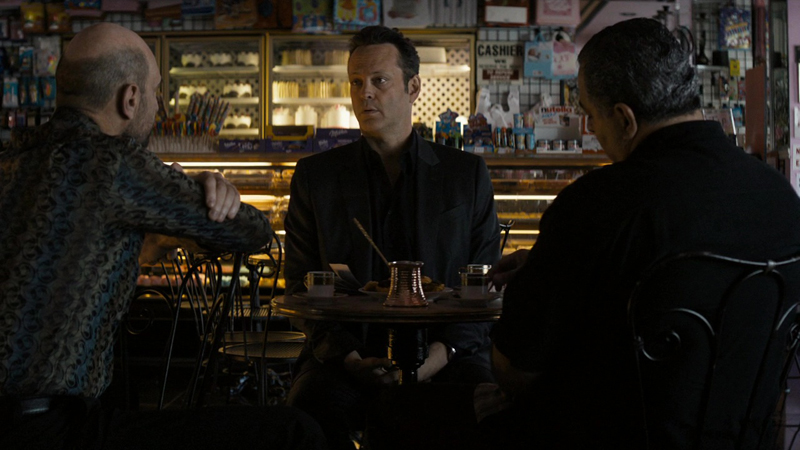 I was just trying to be a good man.

The misstep between Ray and Ani apart, this was actually the best episode of the season. We finally learnt exactly what the central mystery is about—a robbery dating back to the L.A riots, during which a quartet of bent cops (including the late Ben Caspere) were involved in—and watched as our quartet of anti-heroes went to the mattresses, sending loved-ones out of the way and prepared for the endgame. Unfortunately, the law of cable TV dictates that on a show such as this, not everyone can make it to the end of the season. And while my money had always been on Ray to find salvation at the end of a bullet, in the end it was poor doomed Paul (Taylor Kitsch) who found the release he’s been searching for since he returned home from Iraq.

Having seen off former police chief Holloway (Ofemo Omilami) so impressively in the tunnels of doom, young Mr Woodrugh unfortunately chose the wrong moment to forget there’s a fourth man in the corruption quartet, and thus met his demise in the form of a bullet from the suave, sinister Lieutenant Burris (James Frain). Meanwhile, Frank (Vince Vaughn) finally achieved the epic grandeur he’s been striving for over the last seven episodes, melancholically sipping from a bottle as his Empire burned. After killing Blake, torching his clubs, and doing a bunch of mysterious deals with jewellers and bakery owners to raise funds, cars and guns, Frank’s looking for a new life—and, with that in mind, has booked tickets to Venezuela for himself and Jordan (Kelly Reilly). That said, if I were him I’d be wary of one last terrible double cross. His lovely wife turned up suspiciously swiftly after Blake’s demise and it wouldn’t surprise me if she was already sleeping with the enemy—whether literally, or not, I’ll leave for you to decide. 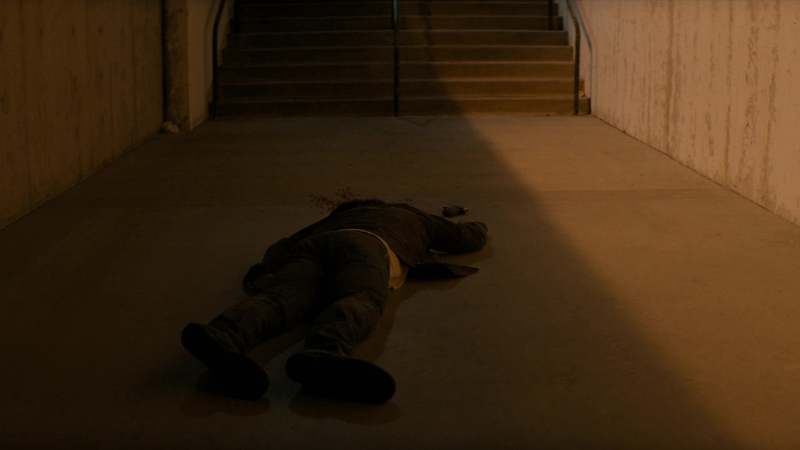 In the midst of being gang-banged by forces unseen, I figured I’d drill a new orifice and fuck myself for a change.

—Ahhh Frank, you do love a good arsehole metaphor, it appears.

A close run thing this week between Paul’s final showdown and Frank’s ‘end of Empire’ blues, but I’m going to give it to Mr Semyon for the glassing and shooting of Blake. And the fact that, unlike poor Paul, he’s lived to fight another day.

So what did you think—can the plot lines comes together for a satisfying finale? Did Ani and Ray’s night of passion make sense to you? More importantly will Paul’s poor fiancée and mother be stuck in the motel room forever with no one to tell them to walk free?