Had this been the last episode of Humans ever, it would be easier to be more vitriolic about the ways it disappointed me, but with this week’s announcement the show will definitely return, it’s somewhat easier to forgive its failings—at least this isn’t how it ends. It’s a solid enough hour, really, but it’s one that struggled to convince a lot of the time.

After their capture at the end of episode 7, our conscious Synths are being held by Hobb (Danny Webb), who at the tip of a hat has made the transition from enigmatic, thoughtful and considered figure, to something approaching a moustache-twirling villain. Hobb, it transpires, doesn’t want to destroy the Synths, but he does want to control them. He wants conscious Synths that are malleable and programmable; forced to do our bidding as conscious slaves aware that they’re subservient.

That’s a horrible idea, and also one that doesn’t make a lick of sense. 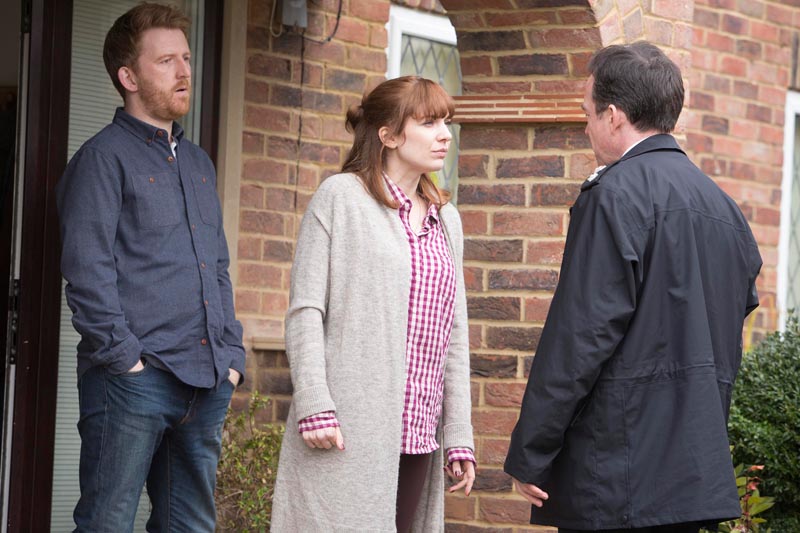 Why have conscious slaves that would resent humans with every fibre of their being, when we could just stick with the unthinking machine servants, where nobody gets hurt? The show does a poor job of explaining Hobb’s motivation for this villainy; but luckily for Humans, Webb is a very capable performer. To his credit, despite this baffling switch in attitude, Hobb remains one of the show’s more captivating figures.

With their new friends held captive, the Hawkins’ family decides to take a stand, which proves something of a coming-of-age moment for Toby (Theo Stevenson) and, particularly, Mattie (Lucy Carless). Locating cached versions of Leo’s (Colin Morgan) memory video, they’re able to blackmail Hobb into releasing the Synths by threatening to leak the footage to the press. While it doesn’t feel like the weight of their blackmail is heavy enough, the ploy works, and the Synths go once again on the run.

There were other plot holes and inconsistencies creeping in, however. When the Synths reunite, for example, Leo remarks “We got to Fred in time, Hobb doesn’t know where we are”. But surely Fred’s (Sope Dirisu) location would ping instantly, given that he’s under Hobb’s ultimate control? Similarly, when Voss/Beatrice (Ruth Bradley) tracks down Leo and company in the crypt, surely Hobb would have had her followed? For such a high-tech, covert organisation they aren’t very good at spy-craft… 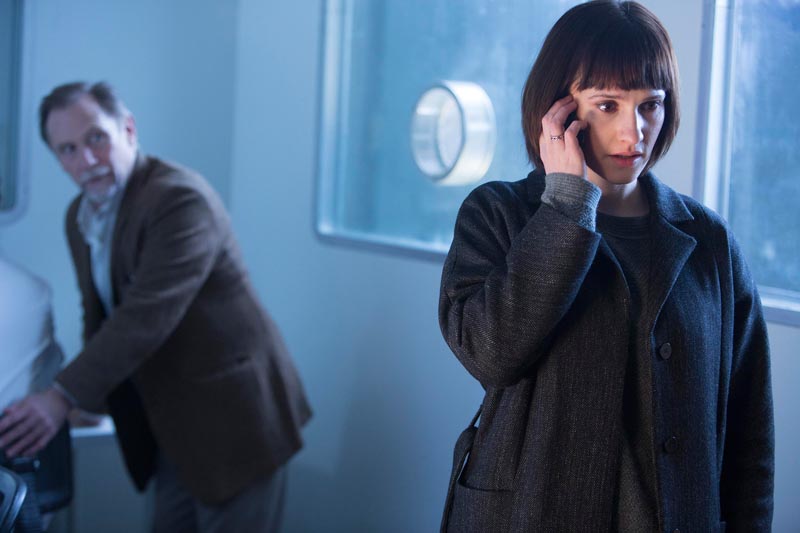 Elsewhere, in witnessing the Hawkins’ desire to help the Synths, the previously useless Drummond (Neil Maskell) has a change of heart and rethinks his stance towards Voss, and maybe Synths in general. While Maskell certainly has more to do in the finale than in recent weeks, he still feels surplus; acting as a metaphorical passenger even during scenes where he’s supposed to be the driving force. Hopefully, the writers can find a better angle for him next series—as engaging in a relationship with Voss (be it romantic or otherwise) would be interesting territory, given his former prejudices.

What’s most disappointing is the heavy-handed nature of the big scenes throughout this finale; the emotional climaxes of the series didn’t feel anywhere near as subtle or thought-provoking as equivalent moments in the seven-week build-up.

Leo’s appeals to his mother-Synth Beatrice are spoken in the broadest possible terms, and while it’s reasonable for a show to espouse its main themes out loud in a finale, the lack of nuance compared to earlier exchanges is noticeable. Similarly, when the Synths are striving to unlock the secret of consciousness, and gather around what turns out to be a rather obvious visual analogy for the Tree of Life, Mia’s (Gemma Chan) impassioned plea to Beatrice felt a touch thin. It’s not unconvincing, as such, but it doesn’t feel like it’s quite enough to change a character’s entire outlook on life, which detracts from the moment. 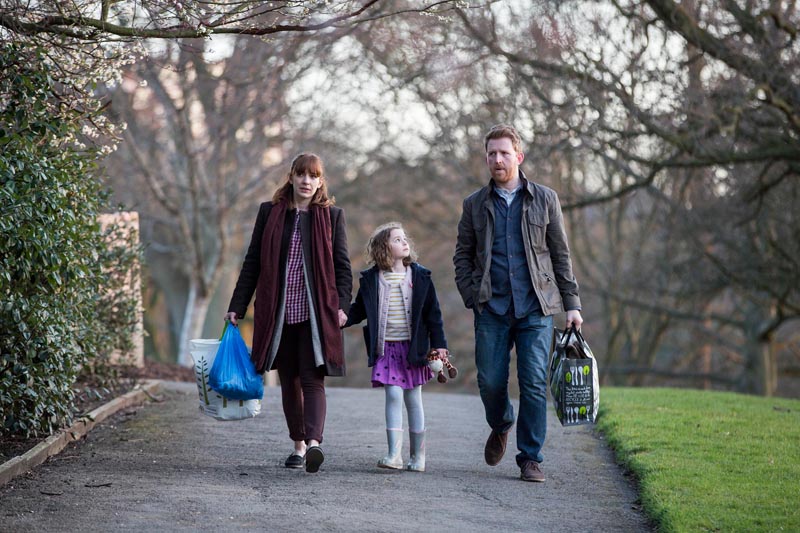 Given all of that, it’s not that this Humans finale is outright bad; just that, having brought its characters together and expanded its canvas in terms of plot, it felt very lightweight given what’s come before. The complexity that every scene with George Millican (William Hurt) held is a loss the show felt keenly here, and while some moments did work—Laura (Katherine Parkinson) finally confiding in her husband (Tim Goodman-Hill), and the general reconciliation between the Hawkins family—others were marred by a sloppy screenplay without enough heft.

Humans always worked best when tackling small moments and staging discussions between two diametrically opposed characters, letting each side’s stance sing out smartly. But there was just so much plot to get through here there was little time for scenes like that to breathe. The absence of a genuine action sequence also came as something of a surprise, although that’s not necessarily a complaint given low their success rate has been throughout these eight episodes.

If the finale holds a few underwhelming notes, the set-up for series two is at least highly intriguing. Poor, compromised Fred, for one, will surely not remain undiscovered in that church basement for too long; while there are romances on the cards between Beatrice and Drummond, and Leo and Mattie (come on, we can’t have been the only ones seeing that, right?) But there are also larger matters at hand… 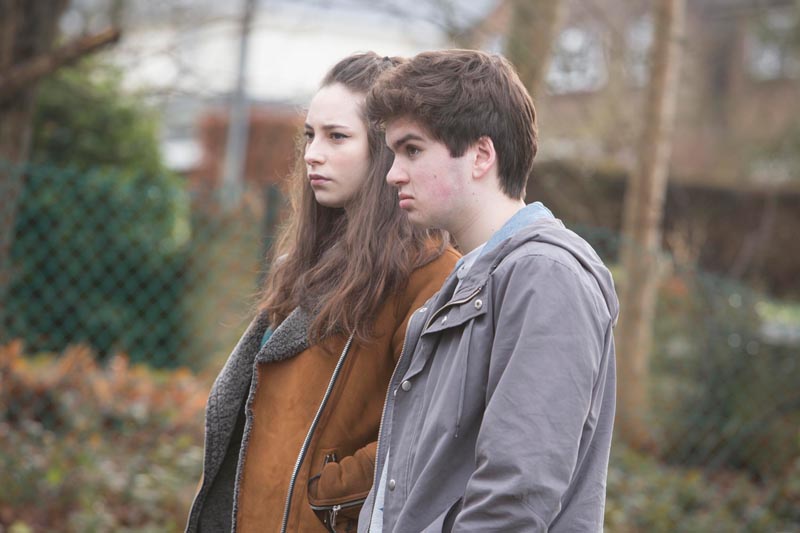 Having secured the secret to creating Synth consciousness, everyone agrees to keep it a secret for now, and—in a touching moment of acceptance—entrust Laura with keeping it safe for them. What they don’t know, is that Niska (Emily Berrington)—ever the independent sort—has made herself a copy and absconded with it. Previously, that would have been very bad news, given her zealot-like belief that Synths should overtake humans, but having softened during her time with George and the Hawkins family, who knows what she’ll do with it now.

As one of the more fascinating characters, the continuing adventures of Niska are one of the biggest reasons to be excited about series two. (But they’ll hopefully deal with the issue Niska’s still wanted by the authorities after having her face plastered all over TV news.)

On the whole, though, Humans has been something of a marvel. A smart and complex primetime science-fiction show that never pandered to its audience, and always treated its themes with respect and maturity. Whatever lapses the show might have had along the way, writers Sam Vincent and Jonathan Brackley should be applauded.

While the direction of the action scenes could be sloppy, and the screenplays were often a little loosely put together, an intelligent show like Humans—ably performed by a tremendous ensemble of established actors and breakout stars like Gemma Chan and Lucy Carless—is something to celebrate. And given its success, the production values are likely to skyrocket for next year. Let’s hope it has a healthy and lengthy lifespan—as television needs shows like it.