The first season of HBO fantasy drama The Leftovers was a hit with critics, but audiences were less receptive. It’s easy to see why, because this is a show with a tantalising hook (that 2% of the world’s population inexplicably, instantaneously vanished), but isn’t offering answers to that mystery. It just wants to explore the myriad ways ordinary folk would react to such an extraordinary event; which means a lot of the drama revolves around serious themes of loss, regret, grief, guilt, and loneliness.

It was also a show that didn’t strike me as something that could run for years, as the source material (Daniel Perrotta’s acclaimed 2011 novel) had already been exhausted after ten hours. But here comes season 2, and with it an unexpected but welcome change of location, plus a freshening up of the main cast. Indeed, we don’t see a familiar face until halfway through “Axis Mundi”, as much of the premiere’s focus is on a new family living in Jarden, Texas—rebranded ‘Miracle, Texas’ because it experienced zero ‘Departures’ and thus retained its population of 9,261 people. 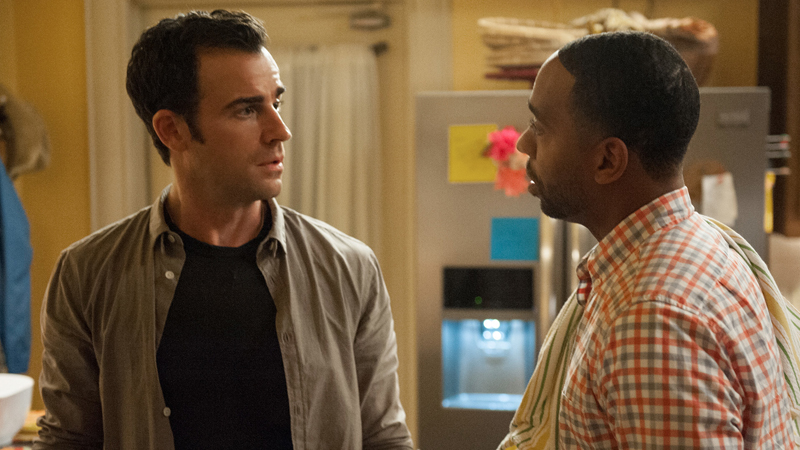 Our new patriarch is John Murphy (Kevin Carroll), a volunteer fireman living with his hearing-impaired wife Erika (Regina King), epileptic teenage daughter Evie (Jasmin Savoy Brown) and son Michael (Jovan Adepo). Or is John actually our new antagonist? There are already some troubling signs that John’s not entirely trustworthy, or isn’t as well adjusted as the figure he presents to the community. By the end of this opener, we’re already aware that he’s served time in prison for attempted murder and in one shocking sequence he burns down the home of Isaac (Darius McCrary), a childhood friend who claims to have developed special powers and is now giving palm readings to believers.

Skepticism is fine, but why does John take criminal action against an old friend who isn’t really harming anyone? And what’s the symbolism to John’s thwarted attempts to locate a chirruping cricket trapped somewhere in his house? He seems like a very troubled man, seemingly blessed by the happenstance of living in the world’s luckiest town (which is now a beacon for tourists, who buy souvenir vials of water from its local lake), but whose good fortune hasn’t rid him of some demons. It’ll be interesting to see exactly what makes John tick this season, and what his mysterious past is all about.

I can’t go much further without quickly championing the excellent prologue, which in typical Damon Lindelof fashion started the new season in a completely unpredictable way. Set thousands of years ago, it was essentially a short film about a pregnant cave woman living in prehistoric Texas, who became separated from her tribe after an earthquake sealed them inside a cave of fallen rocks. Having given birth to her baby, alone, we witnessed the immediate difficulties she faced by herself in a hostile, unforgiving land. A land where simply getting bitten by a snake is a death sentence because there’s no medicines, and the fate of her orphaned baby looked incredibly bleak. Notably, for a show criticised last year for being rather depressing, I appreciated the moment of hope after the cave woman had died, with another woman chancing upon her baby and adopting it. 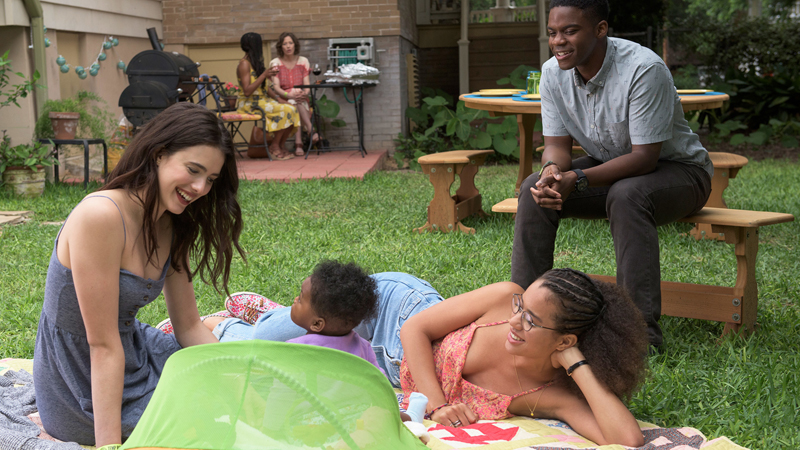 The whole prologue was a clever reminder that, while the nature of the mass disappearances at the heart of The Leftovers is incredibly fanciful and extreme, people have gone through the same basic emotions for centuries. Like so many characters on this show, the cave woman experienced a sudden and traumatic loss of everyone she knew (and by the same cruel hand of God, to her mind) and spent the rest of her life dealing with this separation to an ultimately depressing end. The people in the modern-day situation have a lot more support around them, but the departures are no less unfathomable and the repercussions just as tough in their own way.

But back to the meat of this episode’s story, and the clever thing about The Leftovers is the concept is proving to be incredible elastic. We’re now in a town that hasn’t experienced any departures, so thinks should theoretically be a lot more upbeat and business-as-usual for the townsfolk, but just being ‘the lucky ones’ brings its own unique experiences and weirdness. The way the town has become a Mecca for grieving people, who are regularly bussed into the centre of town to buy mementos, gives the whole place a peculiar feeling. The people of Jarden are blessed, but have also become a spectacle and defined by the fact that—well—nothing happened to them.

It was very brave of writers Damon Lindelof and Jacqueline Hoyt to spend so much time with a new family, in a new town, before gradually bringing in some familiar faces. First up was Reverend Matt Jameson (Christopher Eccleston), who’s been spreading the good world in Brazil with his paralysed wife Mary (Janel Moloney), but has arrived in Jarden as relief cover for the local church while the town’s reverend undergoes a hip replacement. Much later, Kevin Garvey (Justin Theroux) is seen moving into town from Mapleton, New York, with his new girlfriend Nora (Carrie Coon), daughter Jill (Margaret Qualley), and their black adopted baby Lilly. Like many others, they’re apparently moved to Jarden to ‘feel safe’ and live amongst people who shouldn’t be burdened by the same grief they’ve been struggling to escape, but naturally this town’s going to have its own challenges. The fact Kevin was the Chief of Police, and will presumably take on a law enforcement role in Jarden, and we know that his next-door neighbour John is an ex-con who goes around torching people’s houses, should definitely come into play.

The end of the episode resulted in a terrible event befalling John (something Isaac had predicted after his palm reading), with the apparent loss of his daughter Evie. But was it a departure? It seems she was sucked into a hole in the ground that drained the local lake she was swimming in, as the area is evidently prone to natural tremors and quakes. So, this is another loss for our new family to cope with—although one with a more grounded explanation to it, right? It’s sometimes hard to decide if we’re supposed to be thinking deeper with this series, and if there’s actually a stranger reason for Evie’s disappearance. Is the town about to become a hotspot for more localised departures, as if to redress the cosmic balance for their amazing good fortune years ago? 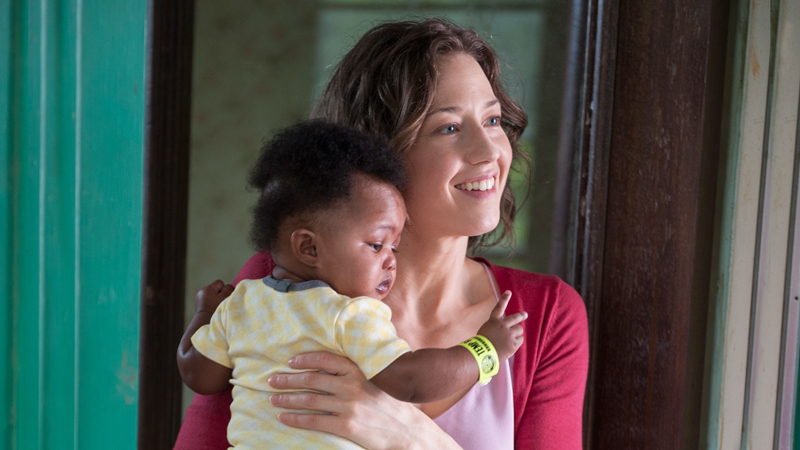