After three Purge movies filled with state-sanctioned bloodshed, it’s time to roll back the clock and look at how America ended up in this sorry state of affairs. In developments that’ll surprise nobody, prequel The First Purge explains how the concept of a legalised night of crime is built on flimsy evidence and lies. It’s the most overtly political, most topical, and perhaps most interesting movie of this horror franchise so far.

The First Purge leans further into political symbolism than any of the previous movies, and even has a majority black cast to show the extent to which the Purge is racially targeted. It’s a film that has a lot of social concerns on its mind, and it’s prepared to unsubtly beat us over the head with its messaging. But if modern US politics has taught us anything, it’s that subtlety isn’t always the best way to get your message across.

There’s a moment near the beginning of The First Purge where a politician, from the New Founding Fathers of America (NFFA) party, reels off a slogan about bringing back the American Dream. He might as well be saying “Make America Dream Again” for all the artfulness the script has. The story comes loaded with references to President Donald Trump, and the resurgence of white supremacy across the Land of the Free. 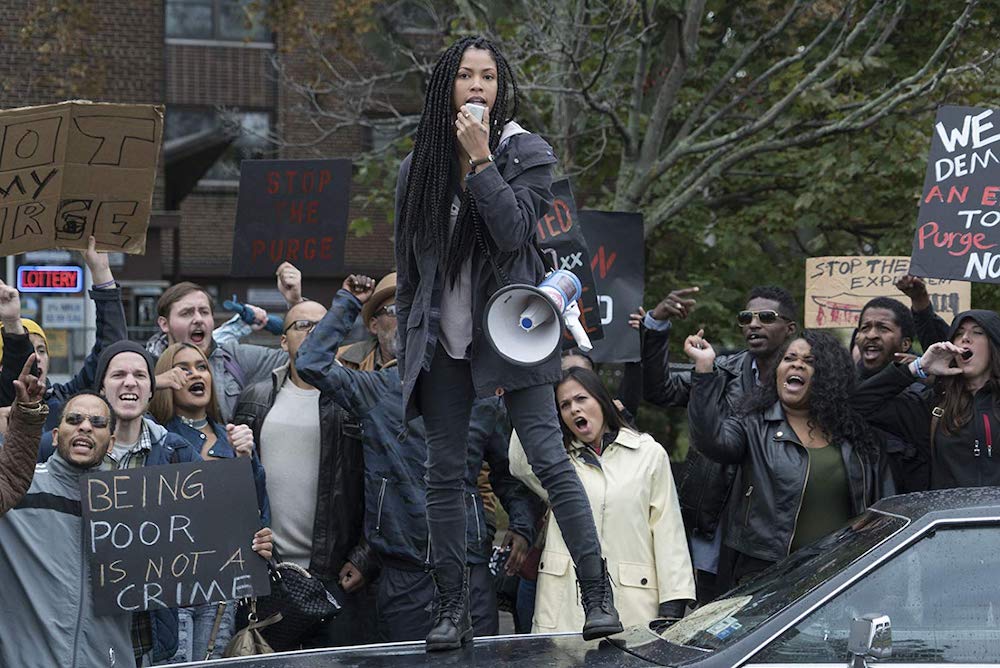 The story, once again, is set during the annual night where the public are allowed to release their pent-up anger and commit as much crime as they want. However, as a prequel, this story follows the first isolated “experiment” by the NFFA on Staten Island, New York. But when the inaugural Purge doesn’t seem to be working, with people keeping themselves safe rather than committing crimes, how far will the government go to make sure its plan works?

It’s an interesting question, and this movie is preoccupied with asking if a Purge-style event could actually happen, and what political climate would be required. Jason Blum, the founder of Blumhouse Productions, has said he could see it happening under Donald Trump’s administration. “The notion of the Purge, when we started, was this fantastical idea,” he said recently. “But because we have a wacko for a President, it seems a lot less outlandish now.” 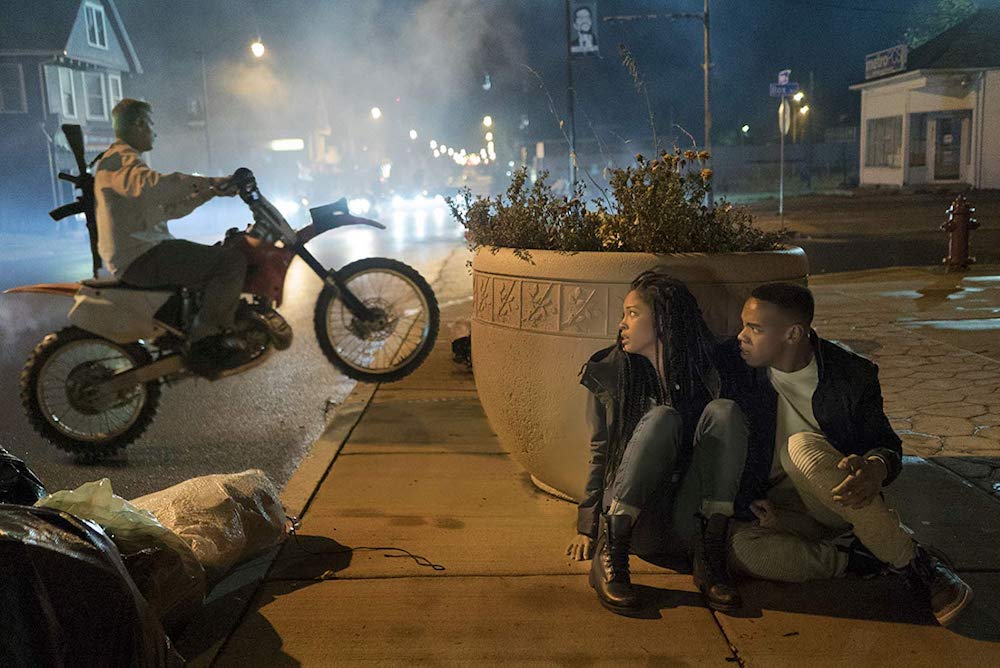 The original Purge (2013) may have been a straightforward home invasion movie, but it already understood the core of its premise was about inequality. The Purge: Anarchy (2014) was primarily about a man wrestling with grief and revenge, but also introduced the idea of government death squads attacking the lower classes.

At this point in the series, it’s already clear the event always targets the poorest in society. What was originally subtext has now become text. The Purge: Election Year (2016) built on this, with a story constructed to mirror the issues of that year’s US Presidential election. The First Purge, like it or not, is all about Trumpism, Nazism, empowering white supremacy, ‘fake news’, and class oppression.

The story follows drug lord Dmitri (Y’Lan Noel), his ex-girlfriend Nya (Lex Scott Davis), and her younger brother Isaiah (Joivan Wade). Together, they band together to survive Purge night. It’s interesting to have a drug dealer be the lead protagonist, but it’s an effective way of showing how a criminal is more of a hero than the government. Dmitri is someone who’d rather protect his community from attack than let a campaign designed to eradicate poor people destroy his home. 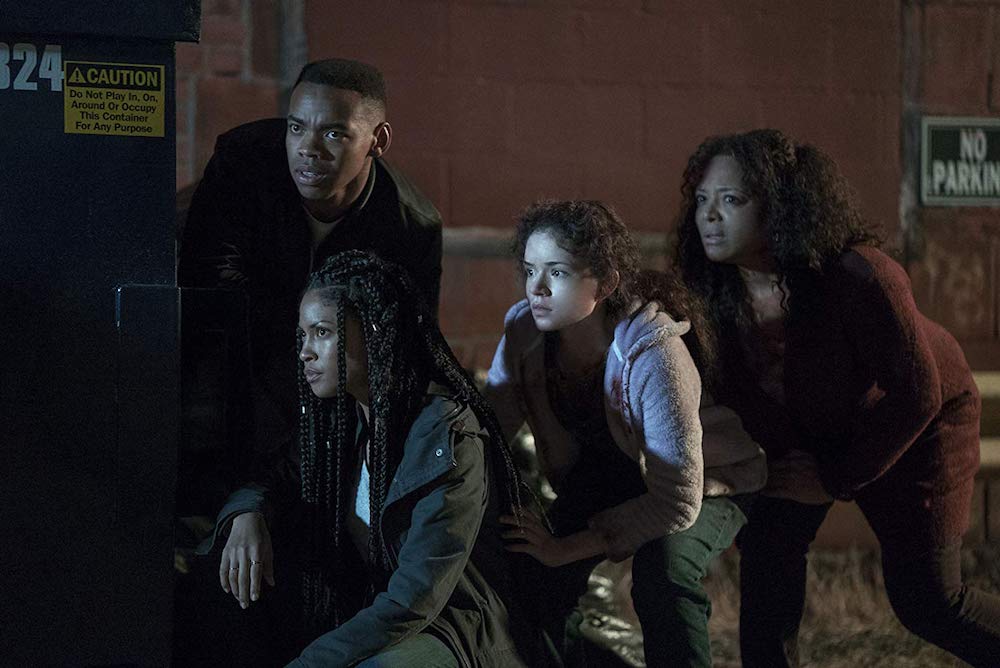 It’s also fascinating to see the abhorrent NFFA tactics, like how they pay people to stay on the island during the first Purge, and how desperate the party is to twist facts to fit its own narrative. Marisa Tomei stars as the psychologist who invented the idea of the Purge, while Aldo Sabian (Patch Darragh) plays an NFFA politician who’ll break rules to make the idea of a nationwide Purge become reality.

The film is written and produced by James DeMonaco, but it’s the instalment of the Purge series he doesn’t also direct. Relative newcomer Gerard McMurray takes over, and the filmmaker behind Netflix’s Burning Sands does an impressive job. He’s crafted a horror story about the fear lurking beneath the surface of American society. As he told Indiewire in a recent interview: “the government is the boogeyman. The IRS is scary. Not aliens, not supernatural, that stuff—the KKK in the streets at night, Charlottesville, that’s scary. That’s horror.” 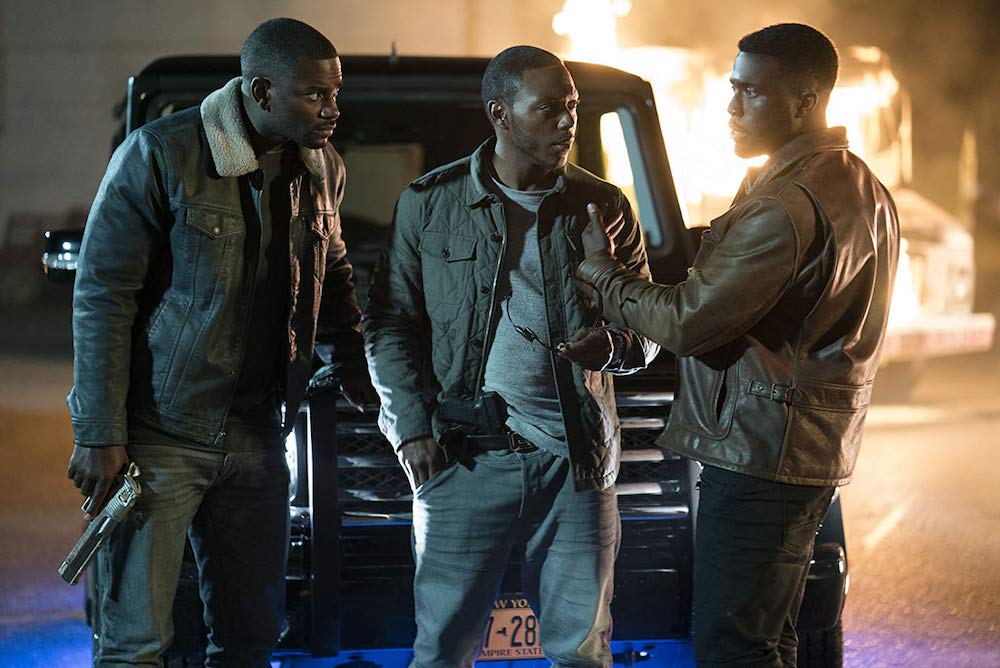 The film has the usual jump-shocks and scary moments, but it’s the ideas that are terrifying: Nazis trawling through people’s homes, street parties ruthlessly attacked, and innocents gunned down in a church. This film wants to remind its audience of Charleston and Charlottesville, where there was real inequality and real horror. It’s far from nuanced, but it’s definitely effective.

The First Purge is a warning. One that wants to shock and anger its audience. Look at what it’s like to be black in America, it says, and don’t let things get this bad for real.

As with any Purge movie, the question of hypocrisy does spring to mind. Can this franchise continue to have its cake and eat it? These movies criticise the NRA and US institutions, while themselves relishing gun violence and savagery. It’s thrilling to watch, but does it undercut the effectiveness of its own message? It’s understandable these films contain a lot of murder and violence, but less convincing is how it suggests that’s both the cause and the solution to our problems. 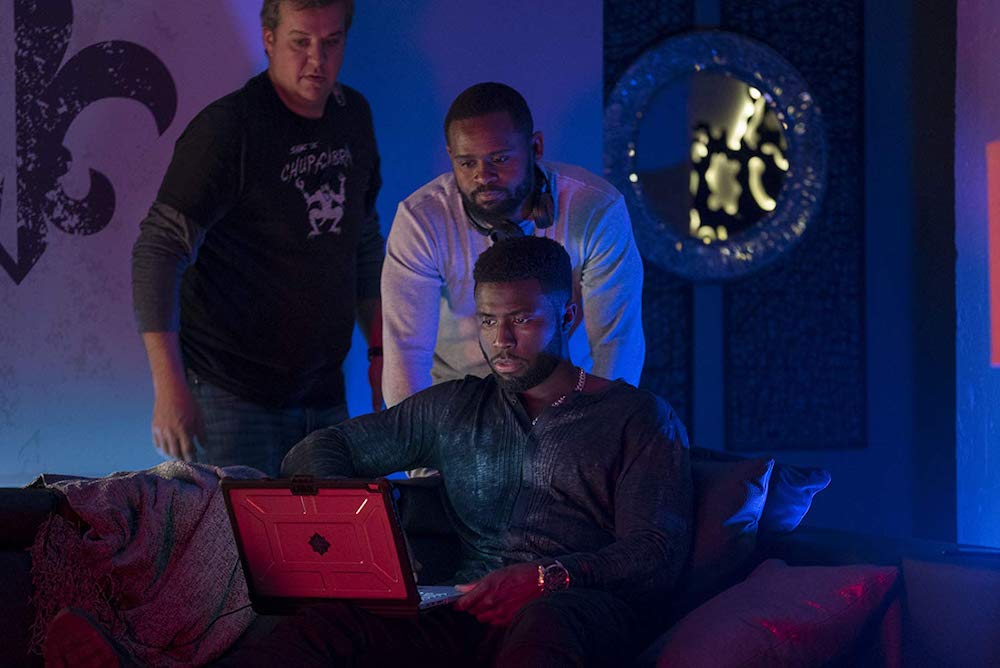 Ultimately, it’s both surprising and somewhat inevitable The Purge has spawned a successful franchise for this past decade. It’s a triumphant premise; a perfect low-budget horror idea that can be tweaked time and again to stay relevant. Versatility is baked into the concept, so it’s easy to see how it can sustain this many films and still provide the potential for more stories.

There’s even a Purge TV series on the way this autumn on the USA Network, and it won’t be surprising if it explores the aftermath of Purge night, the lengths politicians go to in order to keep it going, international reactions to America’s new “tradition”, cyber-crime that happens during the night, and much more. There’s a lot still to be explored, as home invasions and street violence only scratch the surface.

The First Purge may lack subtlety and complexity but it deepens the world of this franchise and remains compelling. It deals with dark and pertinent themes, especially regarding the current political climate in America, and the country’s fraught relationship with guns, religion, and racial tensions. How powerful and shocking this all is may surprise you, especially with some of the imagery it uses. The characters are somewhat thin and one-note, and there’s a slight hypocrisy to everything, but this movie is drenched in political symbolism and interesting ideas – and is all the better for it.