To mark the 25th anniversary of The Piano‘s release and ground-breaking 1993 Palme D’Or win at Cannes, StudioCanal is delighted to announce Jane Campion’s multi Oscar® winning classic is being re-released on DVD, Blu-ray and digital download on 16 July 2018.

The new release comes with a brand new and exclusive extra, ‘The Piano at 25’, which includes interviews with Jane Campion and the film’s producer, Jan Chapman (filmed at Karekare beach in New Zealand, the iconic location made famous by the film). The Blu-ray release also comes complete with an essay booklet and alternative artwork poster, as well as a copy of the soundtrack.

Starring Holly Hunter in a majestic silent performance as Ada McGrath, the mute Scotswoman and talented pianist who arrives with her strong-willed young daughter Flora (Anna Paquin) in the New Zealand wilderness.

She is to marry frontiersman Alistair Stewart (Sam Neill), having been sold him by her father, but takes an immediate dislike to him after he refuses to carry her beloved piano home with them, instead selling it to his overseer George Baines (Harvey Keitel).

Attracted to Ada, Baines agrees to return the piano in exchange for lessons that gradually become a series of erotically charged sexual encounters. As the story unfolds like a Greek tragedy, complete with a chorus of Maori tribes, all of the characters’ long suppressed emotions come to the fore, as if elicited by the wildness of the natural world around them.

To celebrate the film’s 25th anniversary, Frame Rated are giving away 2x Blu-ray copies of THE PIANO. 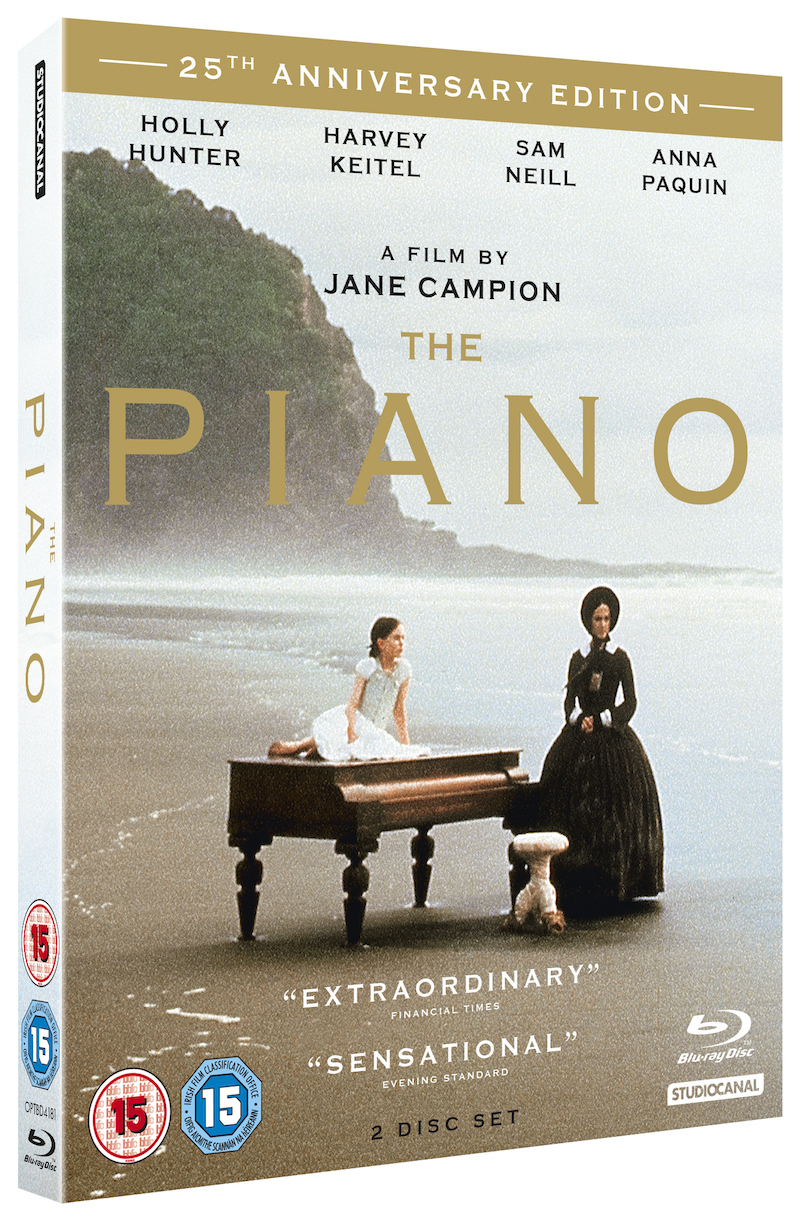 How old was Anna Paquin when she won an Academy Award for her role in The Piano?