While Henry (Kendrick Sellati) is mostly absent from “Munchkins”, he gives the episode one of its most memorable elements while he’s totally offscreen, bouncing a ball against the garage door while Elizabeth (Keri Russell), Philip (Matthew Rhys) and Paige (Holly Taylor) discuss what’ll happen if Pastor Tim (Kelly AuCoin) stays lost and Alice (Suzy Jane Hunt) follows through with her threat to turn them in to the Justice Department. The repetitive, dull thud of the tennis ball punctuates the scene as Paige absorbs the knowledge that the Jennings family may have to flee to Russia. It’s an unusually heavy-handed for The Americans, but it’s an effectively ominous reminder that the walls are closing in on the Jennings family. 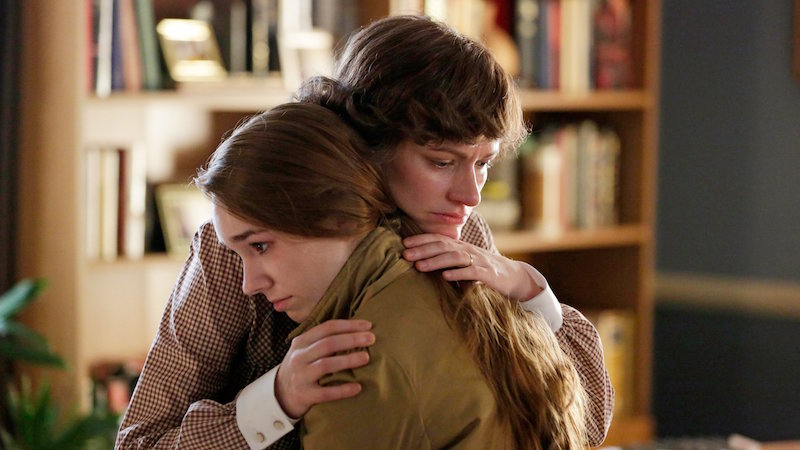 Hunt is the episode’s MVP; Alice has mostly been a peripheral character, so it’s effectively jarring when the pastor’s very pregnant wife bursts into the Jennings house, demanding answers after Tim goes missing in Ethiopia. As Alice explains in no uncertain terms that, unlike her husband, she doesn’t always see the best in people, Hunt is compelling enough that what seems like an unnecessary plot contrivance for the show seems frighteningly credible. While the matter is wrapped up by the end of the episode with Tim’s reappearance (he got lost while looking for gas—oh, Tim), Alice poses enough of a threat for Elizabeth and Philip to let Paige in on more of the nature of their work than they ever have before. Trust is emphasised throughout the episode; Philip (who earlier opened up to Paige about his childhood) and Elizabeth explain to Paige that, ultimately, they know that they can trust each other (something that I assume will be tested before their story is over).

The conversation is echoed in Philip’s visit to Kimmy (Julia Garner), whom we haven’t seen this season. I know I wasn’t the only one who let out a sigh of relief when Philip asked Kimmy about her boyfriend; I’m glad that “James” has been downgraded from his extremely creepy role as Kimmy’s potential seducer to the only moderately creepy role of her weed dealer and father figure. Kimmy confesses to Philip that she knows her father works for the CIA; Philip already knew this, of course, but the moment explicitly becomes about his experiencing Paige’s confession to Pastor Tim from the other side, and he urges Kimmy to respect her family’s secrets. Meanwhile, Elizabeth realises that betraying her friendship with Young Hee (Ruthie Ann Miles) and destroy her marriage to Don (Rob Yang). The moment at the end when Gabriel (Frank Langella) asks her if she’d like him to explore other options to get William (Dylan Baker) a clearance and, for the first time, she seriously considers resigning has huge implications for the series going forward. 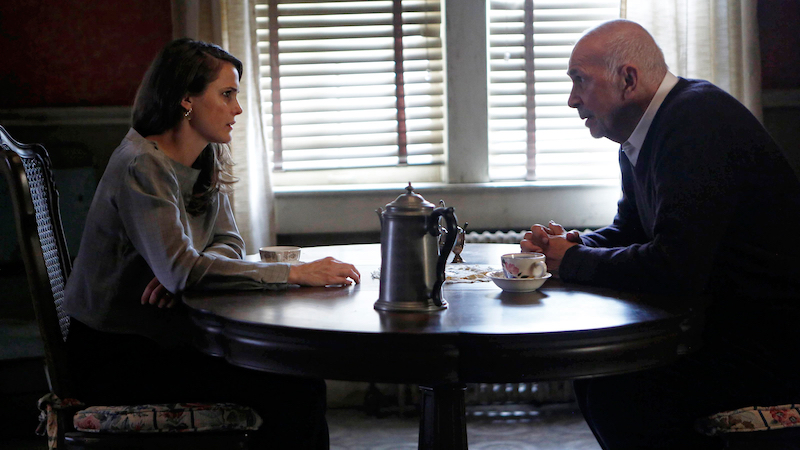 With The Americans increasingly growing into a microcosm of the last days of the Cold War, with countless lingering threats and constant, anxious uncertainty pushing even the devout towards making a change, it’s interesting that the episode’s one burst of violence is tragically arbitrary. Gaad’s (Richard Thomas) last scene in “The Day After” felt like a farewell, and indeed, he ends his story by bleeding to death after an ill-considered flight through a glass door after he’s visited by some unknown Russian operatives who say they don’t intend to hurt him (judging by their reaction to his death, they were telling the truth). We know that Arkady (Lev Gorn) was involved, and it’s heavily implied that the Directorate was interested in making a deal for Martha (Alison Wright). But in the end, Gaad’s death—which, we see, has raised the stakes considerably for Stan (Noah Emmerich)—was caused by a moment of panic and yet will surely have consequences for both sides. Last week, The Americans related the story of nuclear war being averted by one person’s moment of clarity; this week, we see the opposite. As the Jennings family’s trust is tested in the episode to come, I suspect a lot will come down to how they act in the moment.