David Brent: Life on the Road heralds the return of one of the most iconic British sitcom characters of all time. It’s been 13 years since we saw David Brent (Ricky Gervais) tell Chris Finch to “fuck off” in The Office Christmas Special. Its star and co-creator became one of the most celebrated comic writers and actors of his generation, having used the BBC comedy to launch a US career.

Life on the Road finds Brent having one last stab at ‘getting signed’ in the music biz. Taking unpaid leave from his job as an office rep, he’s cashed in his pensions to go on tour with his band Foregone Conclusion. We follow Brent, again spouting his deluded pseudo-intellectual nonsense, and watch his ragtag group perform at a series of unsuccessful gigs.

The good news is that David Brent is still a very funny character. Gervais retains his crown as the ‘King of Cringe’ with a successful reprisal of his signature role. If you adored The Office and particularly the moments when Brent said something inappropriate, there’s much to enjoy here. 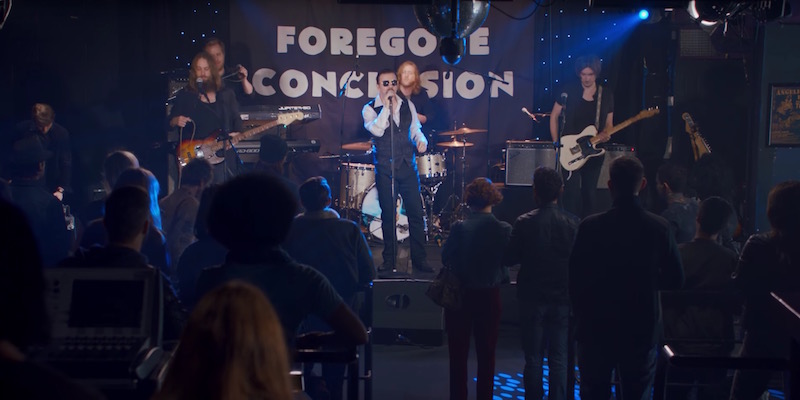 Unfortunately, there’s little else on offer than Brent being embarrassing, meaning the movie soon becomes a relentless assault of Brent-isms. Stretched to 96-minutes, compared to a weekly half-hour sitcom, repetition soon becomes a very real problem.

Alan Partridge: Alpha Papa and The Inbetweeners Movie proved it’s possible to make a film that builds upon a successful British sitcom, but while Life on the Road thankfully doesn’t tarnish The Office’s legacy, it also doesn’t enhance it. To be fair to Gervais, this spin-off is far from being the kind of misguided disaster most UK TV shows transferring to the big screen become. It packs in enough hearty laughs, but I just know Gervais is capable of so much more.

The original BBC show struck a chord because it featured a believable group of characters in an environment everyone’s very familiar with. Everybody’s had a boss with a touch of Brent to their personality. We’ve all worked with an alpha-male tosser like Finchy or an oddball jobsworth like Gareth, so anyone who’s ever worked in a soul-destroying nine-to-five job can identify and empathise with Tim and Dawn. Unfortunately, nothing about Life on the Road feels as realistic but heightened as The Office. This might sound unfair, but it’s important to remember that Brent found fame on a reality TV show, so the moment Brent loses verisimilitude, it automatically becomes less funny.

The Office worked because it captured the feel late-1990s docu-drama, where ordinary people got their fifteen minutes of fame. Life on the Road is supposed to be a follow-up documentary focused on David Brent, more than a decade after his appearance on that fictional series, but this just doesn’t happen in real life. Nobody made a Maureen-from-Driving School movie, or a Jeremy-from-Airport film. As a result, one of the biggest failings is how the movie parodies a genre that doesn’t exist. 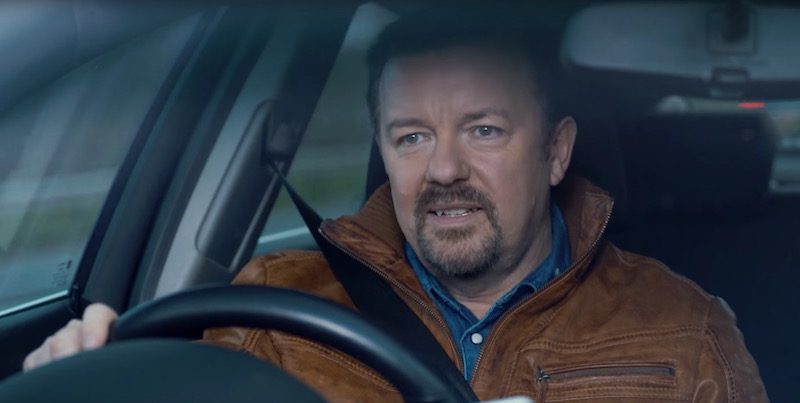 The comedy is one-note and some of the humour just plain lazy. In one scene, Brent does impressions of Chinese people and homosexuals, but there’s no irony involved, and neither is it a classic case of him misreading a situation and wanting to be part of the gang. It’s just a middle-aged man being racist and homophobic because that’s what he is. Moments like these make it difficult to empathise with Brent for the arguably the first time.

However, the aforementioned scene isn’t as jarring as a moment when Brent argues with an HR employee about whether people should find his comments offensive. It’s Gervais’ own views on censorship in comedy and suddenly doesn’t feel like Brent’s delivering those lines. Sadly, that’s not the first time the character seems to be used as a mask for Gervais to hide behind, enabled to say something offensive for the hell of it. A song about disability and people being “mental in the legs” being a prime example.

It also doesn’t help that the supporting characters are so dull and undeveloped. The Office was foremost an ensemble, with characters like Tim and Gareth getting just as many funny moments as Brent himself. Indeed, much of Brent’s appeal was seeing how the other characters reacted to his off-colour comments.

Gervais and co-creator Stephen Merchant (notably uninvolved with Life on the Road) knew that audiences didn’t, or couldn’t, spend a full half-hour in the company of Brent alone. Therefore, it seems crazy to make a movie where he’s the main focus. Indeed, there are points where it feels like the only person getting any enjoyment out of this film is Gervais himself. The frustrating thing is how there are some great up-and-coming actors involved with this movie, like Ben Bailey Smith (a.k.a rapper Doc Brown), Jo Hartley, Tom Basden, and Tom Bennett, but their characters are paper-thin and given very little to do. 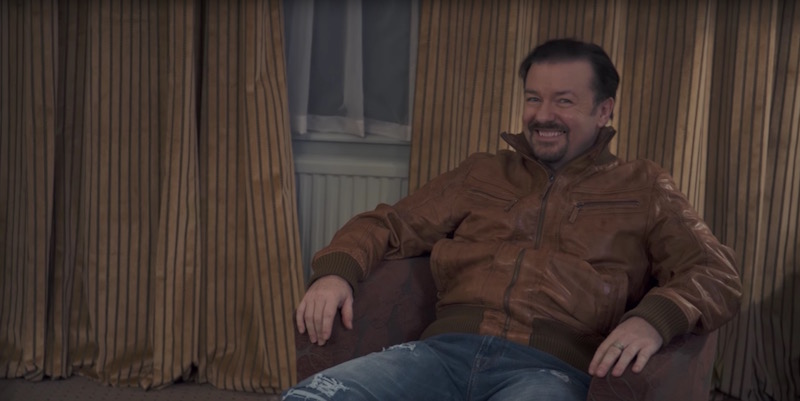 We’re now invited to laugh at Brent rather than with him. Although there are plenty of laugh-out-loud moments to keep the movie watchable, it becomes tiring spending so long in the presence of a man so unpleasant. Not only is Brent unlikeable here, every character keeps reminding you they don’t like him, which works against the third act’s underdog story. Brent isn’t an underdog. He’s a selfish and deluded man-child, which makes it difficult for the audience to want him to succeed.

Consequently, the only way to achieve a happy ending is for the characters to inexplicably change their minds about Brent and discover a newfound respect for him. But this change of heart makes no sense, as Brent hasn’t carried out one unselfish act at any point, or developed in any way as a human being.

If you want to see a film with good humour about the trials and tribulations of being in a band, watch Sing Street or Frank. If you love The Office and the work of Ricky Gervais, Life on the Road is still worth checking out. It may be a vanity project with serious flaws, but there are enough solid laughs to ensure it’s not a waste of time.