This season’s warping to a close, and “The War Without, the War Within” began what’s essentially a bonus two-parter after the Mirror Universe arc. The Discovery’s now back in the Prime Universe, but it’s nine months later and the Klingon Empire’s close to winning the war. This episode quickly brought us up to speed on missed events, particularly once Sarek (James Frain) and Admiral Cornwell (Jayne Brook) beamed aboard the ship’s Bridge to determine whether they’re friend or foe. It seems the Klingon technique of splicing a consciousness onto the mind of Starfleet personnel, which Tyler (Shazad Latif) was the test subject for, has become common practice and means the Klingons have sleeper agents hidden behind enemy lines. I wonder if another character is going to be unmasked as a Klingon infiltrator next week! Echoes of the situation in Star Trek: Deep Space Nine with the Changelings doing likewise on Earth with Starfleet top brass.

One unexpected detail is that the Klingon Empire aren’t coordinated in their war efforts, as the various Houses haven’t unified over a common enemy, as L’Rell (Mary Chieffo) and Voq wanted them to. They’ve become a formidable but undisciplined blunt force, with no great plan behind their random attacks. It’s just competitive Klingons trying to collect as many kills as they can in battle, as if the war is an interplanetary bloodsport. Unfortunately, it’s a style of warfare the Federation’s poorly equipped to combat, so their losses are huge and the Klingons are advancing closer to their prized scalp: Earth. 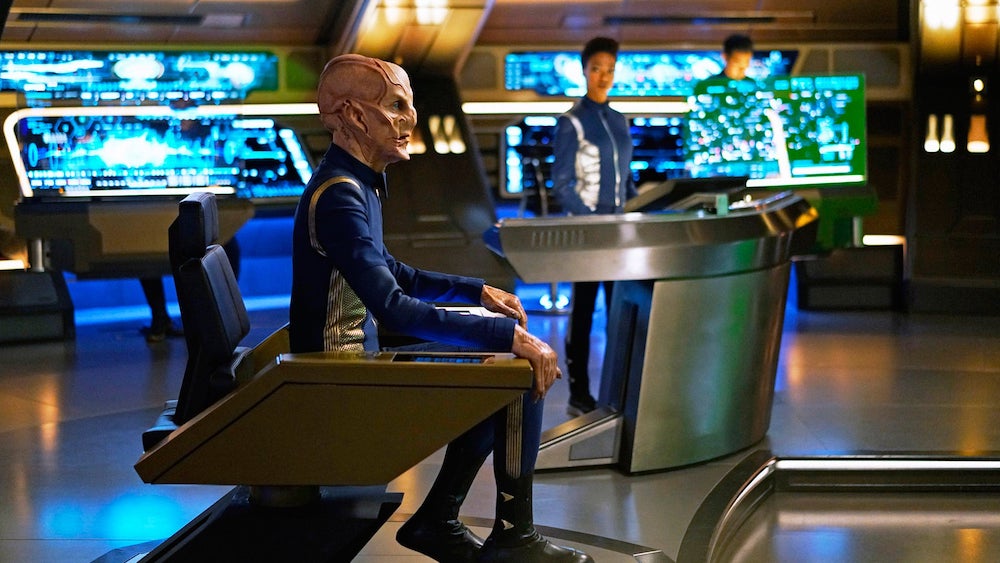 It didn’t take a genius to realise that bringing Emperor Georgiou (Michelle Yeoh) into the Prime Universe was going to create a tactical advantage. It was explained she defeated the Klingon Empire in her dimension and can likely do it again. Burnham (Sonequa Martin-Green) was tasked with trying to persuade her to do this, and eventually succeeded after some of their usual back-and-forth. The answer was actually very obvious: land a crushing blow on the Klingon homeworld Qo’noS.

In one of the episode’s best flourishes, it seems the Discovery’s spore-drive is going to prove instrumental in their Death Star-style attack, as they plan to jump inside the planet itself and obliterate it from within. Of course, we know this doesn’t happen, because Discovery’s a prequel and Qo’noS exists in Captain Kirk’s day, but it’ll be interesting to see how things pan out. It’s also a unique sounding plan of attack, which is difficult for Star Trek to pull off after all these years. Actually, has any sci-fi story had a spaceship teleport inside the subterranean cave system of an alien world? 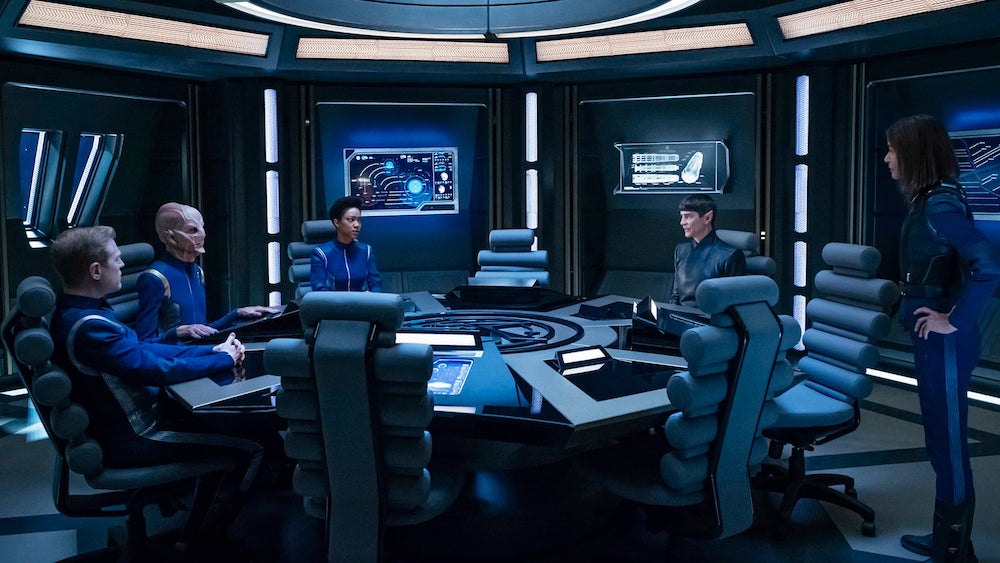 And while the “war without” was rolling on, there was some attention focused on the “war within” — Tyler’s recovery after surgery to remove Voq’s personality. I don’t think it will ever be clear what happened there, exactly. Tyler’s body belongs to himself, so where did Voq’s body go? But if Voq was made to look like Tyler, then isn’t Tyler the “invasive” personality inside Voq’s altered form? It still seems that the writers seized on this idea, without properly thinking it through.

Or if they did, it’s been poorly communicated on the show. But Tyler appears to have had Voq’s personality expunged from his mind, so he’s back to normal now, rather unexpectedly. His friends are even quick to show him their support by gathering around his table for lunch, and Stamets (Anthony Rapp) only gave him a quick stern exchange over the fact “Tyler” killed his boyfriend. It seems like quite a lot has been swept under the carpet, but I’m sure future episodes will utilise the blood that’s on Tyler’s hands and how some will struggle to forgive him. Only Burnham seemed more genuinely unsure about how to handle Tyler, as she can’t just forget what her “boyfriend” did while he was tortured by his twin personalities. If there are other Klingon sleeper agents in Starfleet, do they know these people run a high risk of going crazy and favouring their human selves? 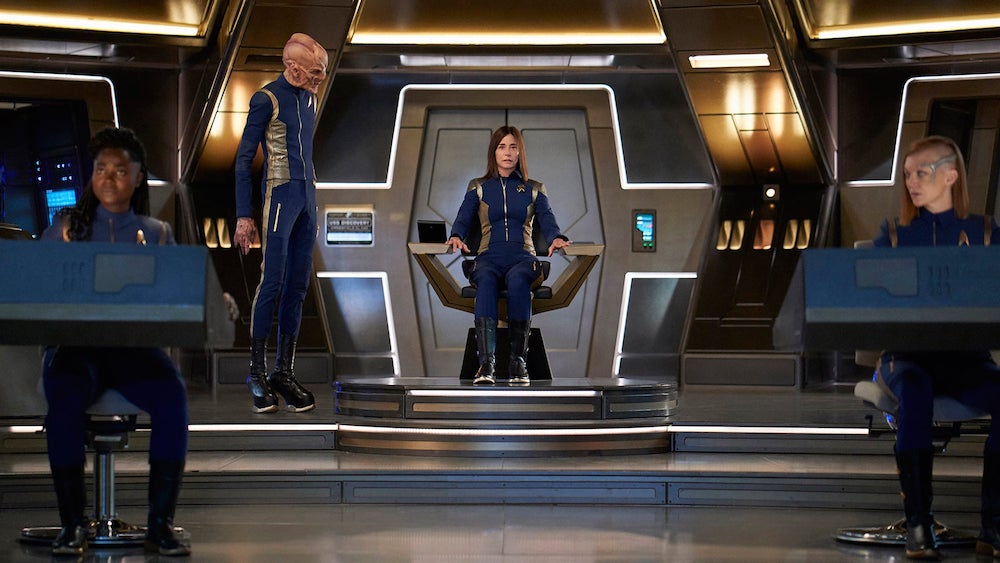 It seems next week will be a more action-packed hour, as this was a “bottle episode” to conserve budget, with the nice reversal of Emperor Georgiou having to pose as Captain Georgiou. I predict she won’t make it during the attack on Qo’noS, but Burnham will find peace in how the Terran version of Georgiou dies — perhaps because she learns some Federation values in the process. It’s possible L’Rell will also come to realise that the anti-Federation teachings of T’Kuvma were wrong, which was hinted at here when Cornwell came to try and reason with her.

Still, with a run of very exciting stories and a growing sense of chemistry with the cast, the signs are that Star Trek: Discovery’s on course for a rousing finale and hopefully a second season which takes stock of what worked, what didn’t, and what could easily be improved.