There’s an immediate urge to dive back into the world of Remainder once the screen fades to black. Based on Tom McCarthy’s underdog-debut-novel-turned-literary-phenomenon, this amnesia-themed puzzle feels more like a philosophical metaphor on the absurdity of life than a straightforward thriller. The head scratching quality of the storytelling invites the audience to speculate about what’s going on from the start, but by the time the credits roll we ache for more than just a simple answer to the story’s twist.

The basic premise revolves around a young Londoner (Tom Sturridge) who wakes up with no memory after a coma caused by a falling object squashing him on the pavement. As he obsessively attempts to recover his memory, all while dealing with the physical handicaps he now suffers, things progressively spiral out of control and threaten his mental stability. 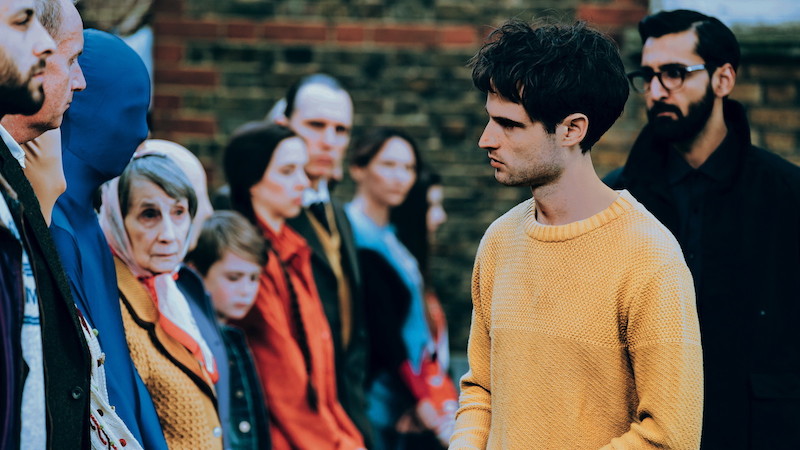 Trying my best to dodge any hint of a spoiler, one thing is clear: something rotten was taking place when the fateful accident occurred. The film opens on the nameless man frantically wheeling along a piece of carry-on luggage whilst trying to catch a cab, as a beautiful woman (The Good Wife’s Cush Jumbo) appears out of nowhere and locks his gaze until the accident happens. Her name is Catherine, and when the man returns home after his accident, she reenters his life as a girl he was dating.

When the man’s lawyer convinces him to settle a lawsuit with those responsible for the accident, the man cashes in £8.5 million and uses the funds to hire people to re-enact scenes from his life before, that he only vaguely recalls, but that may hold the key to unlocking his past. With his supposed best friend Greg (Downton Abbey’s Ed Speelers) and Catherine acting ambiguously, the young man can only count on Naz (Arsher Ali), someone he hired to run this odd attempt to trigger some flashbacks. 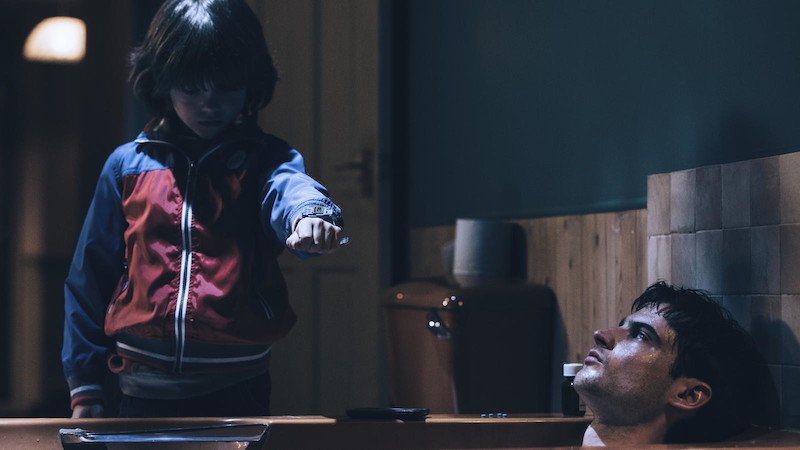 The way things unfold might frustrate some audience members, but talented filmmaker Omer Fast is uncompromising and unapologetic about his adaptation of an exquisitely written novel. You’ll feel an irresistible urge to read McCarthy’s book after watching Fast’s film, if only to see whether or not the finale is less cryptic on the page.

Slick and stylish cinematography define Remainder, the narrative fiction debut feature of a video artist whose exhibits have become popular across Europe and the US. Sturridge is utterly compelling in how he embodies his character’s vulnerability and obsession with the truth. His quest, however, transcends the mere unlocking of whatever he was up to on that fateful day. It leads to much deeper and thought-provoking rumination on the repetitive nature of our lives and the arbitrary yet detailed perception of moments, which have the power to give meaning to our existence or deprive us of it.

writer & director: Omer Fast (based on the novel by Tom McCarthy).