I intended to begin this review by commenting on how infrequently Jonathan Demme’s in the director’s chair these days, but a quick look at his IMDb page proved me wrong. For a man in his early seventies, Demme is actually quite prolific, spending much of the past several years directing shorts and TV episodes in addition to the documentaries and concert movies he’s best known for. It’s Demme’s work in narrative features that has become rare, as he’s only directed five in the past twenty years. At the same time, Demme’s unique, performance-driven visual aesthetic, and the affection he shows towards idiosyncratic characters, has influenced countless younger filmmakers. When I was directing my first movie, I was surprised to realise that it was Demme, more than any other filmmaker, that I was drawing inspiration from…

Demme’s newest film, Ricki and the Flash, feels like a lark for Demme and his star, Meryl Streep. This isn’t a putdown, as the movie works best at its lightest. Streep plays the title character; the front-woman of a rock band that plays a regular gig at a bar in Tarzana. The story is set into motion when she gets a call from her ex-husband, Pete (Kevin Kline), whom she left (along with their three kids) years ago to chase dreams of rock stardom. Their daughter, Julie (Streep’s real-life daughter Mamie Gummer), is going through a breakdown after being left by her husband; with her stepmom, Maureen (Audra McDonald), out of town, Pete asks for Ricki’s help. 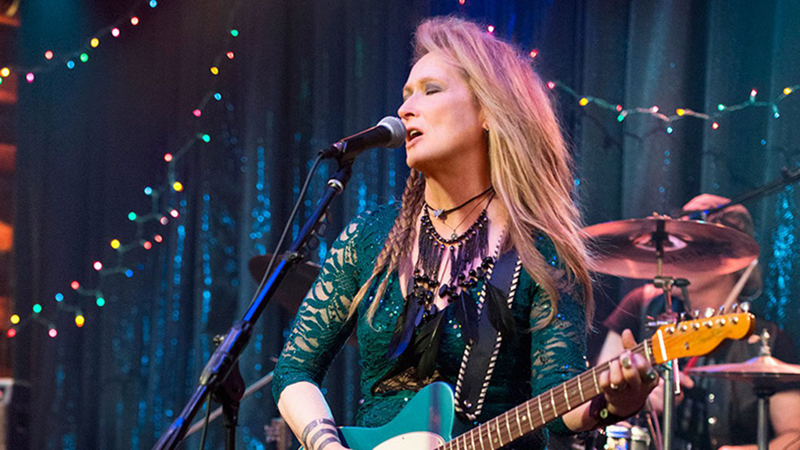 Admittedly, this sounds like the setup for a sitcom-y farce, and screenwriter Diablo Cody’s attempts at playing the fish-out-of-water situation for broad laughs are a mixed bag. However, Cody also has the same knack for writing complicated, not always likeable protagonists that she demonstrated in her sardonically funny screenplay for Young Adult (whose director, Jason Reitman, owes a great deal to Demme). Ricki isn’t nearly as toxic a character as Young Adult’s Mavis, but some of the movie’s most interesting moments stem from the ways the character—a hard-partying wannabe rock star, who’s also a conservative who cracks jokes about Obama and has a Gadsden flag tattooed on her back—provokes the movie’s presumably left-leaning audience, before ultimately complicating our assumptions about her.

While it’s a given from the start that Ricki will rebuild her relationships with her family, the movie handles this in a refreshingly believable way. There’s no big scene where Ricki breaks down and begs her daughter’s forgiveness, just a series of well-judged moments where she gradually earns Maureen’s trust. Cody also smartly avoids adapting a judgemental approach towards her protagonist—for, as Ricki points out in one scene—doing something that countless male rock stars have done without being vilified. Whether or not Streep is convincing as a rock singer (it depends on the scene), she’s thoroughly convincing as a woman learning to live with her regrets and make up for them in some small way. As good as Streep is, it’s Rick Springfield as Greg (Ricki’s bandmate and lover), who is totally convincing onstage and off—especially in a surprisingly moving scene where he admits to Ricki that he has his own share of regrets. I didn’t know the guy who wrote “Jessie’s Girl” had it in him, and he proves to be an inspired casting choice. 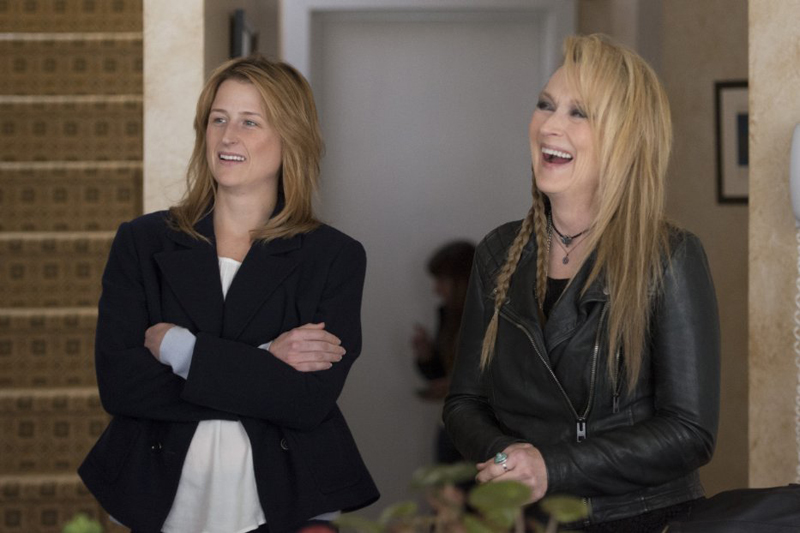 While it’d be unfair to say that Demme elevates Cody’s already-solid script, the movie benefits greatly from the generosity he shows towards all of its characters. It would have been easy to write Pete as a nebbish, and Maureen as a humourless antagonist, but Cody and Demme instead encourage our empathy for their and every character’s point of view. And Demme, thankfully, hasn’t lost his knack for finding precisely the correct emotional pitch for each scene. There’s a moment where Ricki realises someone else has done something selfless and generous for her that is perfectly judged by Demme and his star; it’s such a great moment that it made one of my least-favourite songs, The Doobie Brothers’ “Drift Away”, unexpectedly moving. A lot of directors are labelled “humanists” just for favouring character over plot, but Demme fully earns the term, and his affection for people is evident throughout. There’s a shot late in the movie of Ricki and Greg performing onstage—they’re the focus, but I love how the shot is evenly divided between Streep, Springfield and a woman rocking out by the stage. It’s the kind of detail most directors wouldn’t have thought of or bothered with, but Demme always emphasises… as if to remind us that, while we’re following one story, that woman could easily be the star of her own movie.

Like Demme’s Rachel Getting Married, Ricki and the Flash ends with a wedding, though it doesn’t share the earlier movie’s use of the ceremony and reception as a sublime reminder of the ongoing ebb and flow of life overwhelming our own personal dramas. The last scene of Ricki and the Flash, admittedly, belongs to a much broader movie. I can forgive it, though; while the final moments are contrived, I believed in and cared enough about Ricki and all of the characters that I was willing to go with it. Besides, any movie smart enough to use Bruce Springsteen’s “My Love Will Not Let You Down” as a crucial part of its resolution deserves a little slack.