AMC’s Preacher is a show where quality varies from arc to arc, episode to episode. Some moments were well-acted and poignant, others distasteful or, worse, outright boring. The first season was a thrilling and eccentric small-town supernatural Texas western, but the standard dipped in a bloated second season when the action moved to New Orleans. Thankfully, season 3 is a marked improvement.

We pick up right where we left off: Tulip (Ruth Negga) is dead, Jesse (Dominic Cooper) and Cassidy (Joe Gilgun) hate each other, and they’re all on their way to Angelville, a Louisiana plantation where Jesse grew up. We get an interesting backstory about Jesse’s childhood this year, once we’re introduced to his dastardly relatives: voodoo priestess Gran’ma (Betty Buckley) and her abusive sons Jody (Jeremy Childs) and T.C (Colin Cunningham).

Much of the storyline is lifted from the comic-books but split into three distinct storylines, each following one of the triumvirates on their own personal adventure. Gilgun is still excellent as drunken Irish vampire Cassidy, getting all the best lines as he becomes part of a vampire-loving cult called Les Enfants De Sang. While this arc has the least impact on the core narrative, it’s delightful to watch for anyone who’s ever longed to become an Anne Rice character and wear fake fangs. 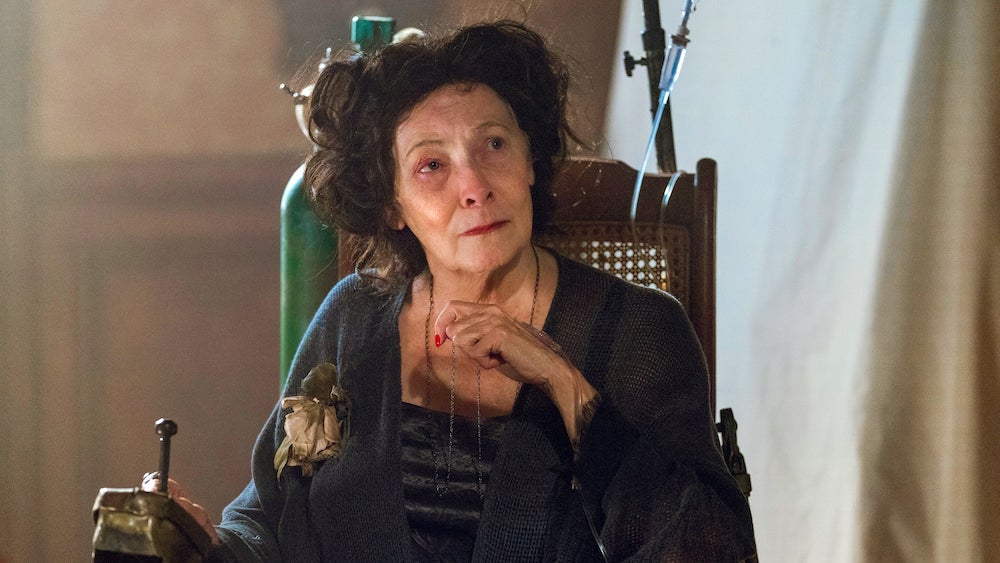 Jesse’s plot is more important, but it’s also the least interesting. He needs to escape his evil Gran’ma but to undo her magical hold on him he must reacquire “Genesis” (the half-angel, half-demon entity he was possessed with that allows him to control people’s free will). Jesse’s character becomes far darker this season, plagued by memories of past trauma at the hands of his despicable relative, and the loss of his parents.

Genesis is still in the possession of creepy Herr Starr (Pip Torrens) and his mysterious organisation The Grail. Starr is as hilarious and terrifying as ever, played with scene-chewing panache by Torrens. We also see more of Humperdoo (Tyson Ritter), the mentally retarded descendent of Jesus Christ, who’s as annoying as he is blasphemous, and one of the few times Preacher dives headfirst into the grotesque controversy with little payoff. The addition of Starr’s monstrous superior, the obese Allfather D’Aronique (The Blacklist’s Jonny Coyne), is fearsome and at times so disgusting it’s hard to watch. Our visits to The Grail this year are silly, irrelevant, and absolutely bonkers—best demonstrated when a severed anus farts out Jesse’s soul. (It’s hard to explain.) 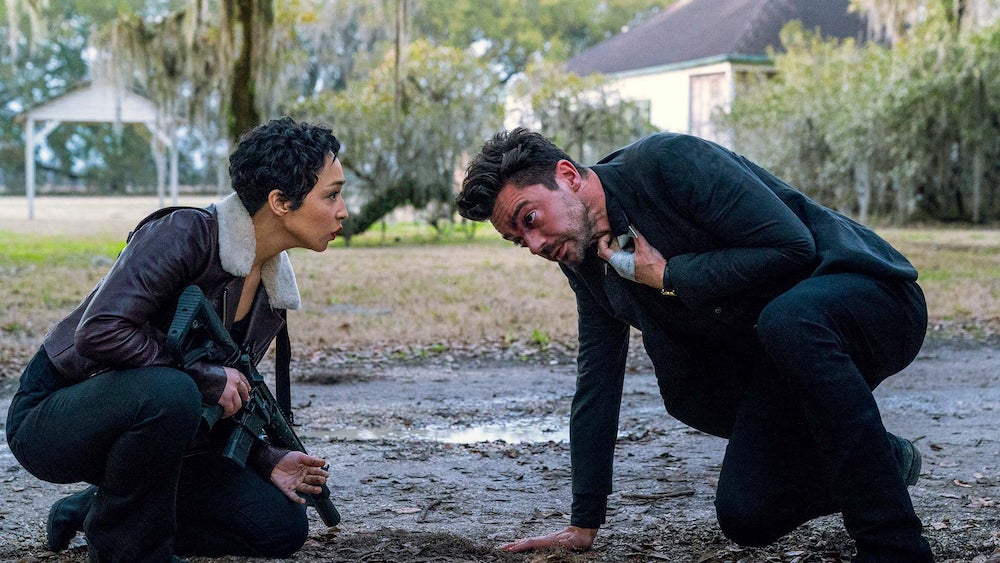 Tulip is sorely underused, especially as we’ve come to realise just talented Ruth Negga is. The Irish actress earned an Oscar-nomination for Loving (2016), but on Preacher her talents aren’t always put to good use. This season, Tulip meets God (portrayed as a man in a dog costume) and gets an odd-couple team up with The Grail’s uptight Agent Featherstone (Julie Ann Emery) to pull off a heist on a Japanese soul warehouse. That was a rare highlight for Tulip’s take-charge character, so one hopes Tulip will partner Featherstone on another wild adventure together. 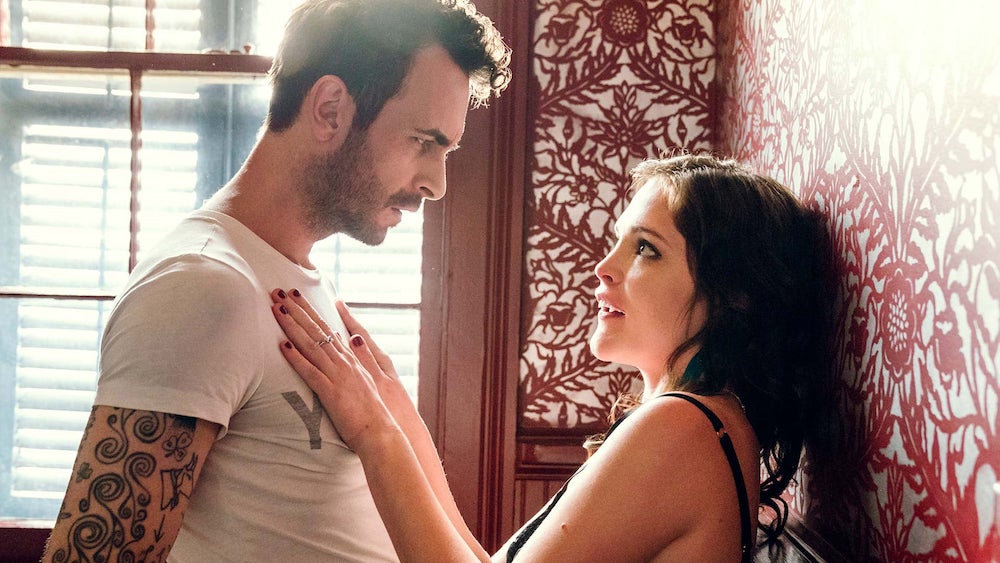 The three lead characters being so split up is season 3’s weakest element because these actors work so well together. It’s a shame to have them barely interact for so long. Luckily, the supporting players are colourful enough to make you forget about that misstep. Eccarius (Adam Croasdell) is a wonderful new character; an effete English vampire who embraces all the Gothic stereotypes. T.C and Jody were archetypal henchmen in the comic books, but are now given added depth, while evil Gran’ma is played with a modicum of sympathy instead of being a detestable monster.

Those who complained season 2 was hampered by Eugene’s (Ian Colletti) adventures in Hell with Hitler (Noah Taylor) will be delighted to learn their screen time is diminished this year. They show enough of fugitive Hitler now working in a Subway-style restaurant to be amusing, but it doesn’t distract from the things we care about more. It’s not until the final two episodes that the mismatched duo even find a firm place in the story. 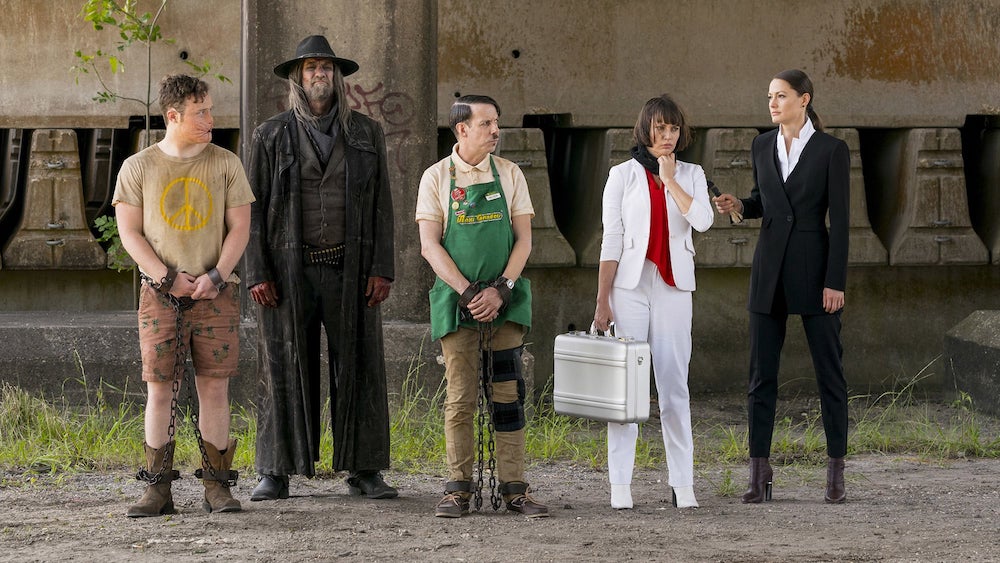 The Saint of Killers (Graham McTavish), a previous highlight of earlier seasons, is sadly missing in action for too long this year. He’s eventually sent on a mission by Satan (a hammy Jason Douglas) to capture escapees from Hell, including Eugene and Hitler, which becomes an entertaining enough use of this fan-favourite villain. It’s just a shame his interactions with the main characters are reduced to almost nothing.

Preacher is still worth watching because there’s nothing else like it on television with its striking aesthetic, bold visuals, and dark comedy. This third season delivers more heretical weirdness like resurrected corpses and bloodletting, while also ensuring things are balanced by theology, family drama, and genuinely emotional performances. At times the show is too messy with a clutter of secondary characters suffering from confused motivations, but it’s held together by some talented actors who never get lost in the writing’s campiness.