The fourth season of Netflix original Orange is the New Black picks up directly where we left off, with the inmates all swimming in a lake, having left Litchfield through a cut in the barbed wire. However, thoughts of the series continuing without exploring fresh territory are diminished by the season’s fast-paced premiere, where creator Jenji Kohan strikes the perfect balance between what we know, what we need to know, and the unknown.

Warning: major spoilers for the fourth season below, so proceed at own risk.

Aside from the new characters in season 4, of which there are many, this year’s the first to feed into real-life current affairs and US politics, including a shout-out to the Black Lives Matter movement towards the end. After a standoff with the new head honcho Piscatella (Brad William Henke) goes horribly wrong, fan-favourite Poussey (Samira Wiley) is accidentally killed by new guard Bayley (Alan Aisenberg). 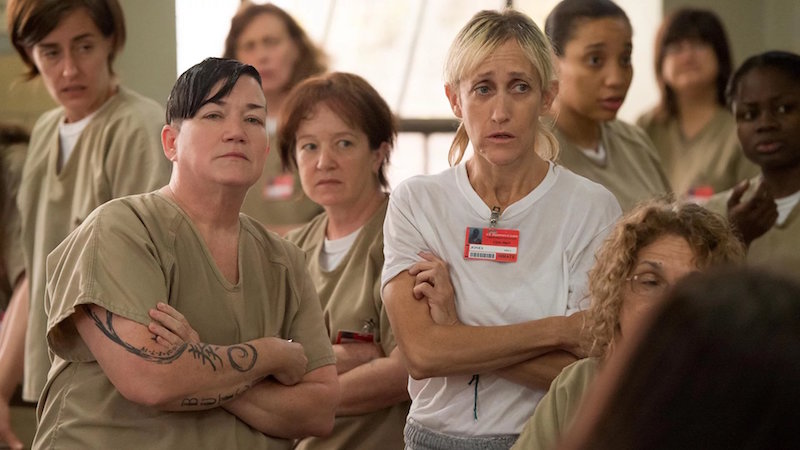 Samira Wiley told Vulture how honoured she was Kohan chose Poussey to be the centre of Orange is the New Black’s exploration of the racial row gripping America and had trouble keeping it a secret from the rest of the cast until the time it was due to be filmed. And now the secret’s out, it’s hard to see how the death of Poussey can be seen as anything but the defining moment of the series.

In the finale of the season—which follows Poussey’s untimely death—we see the fallout, especially how isolated Poussey’s girlfriend Brook (Kimiko Glenn) becomes in contrast to how her closest friends group together. It soon becomes clear that Poussey’s body had been left lying on the floor on the canteen for several hours, and by the time warden Caputo (Nick Sandow) announces the tragedy via live television broadcast, he fails to even mention who was killed (“They didn’t even say her name!”) The guard responsible for her death will face no action. 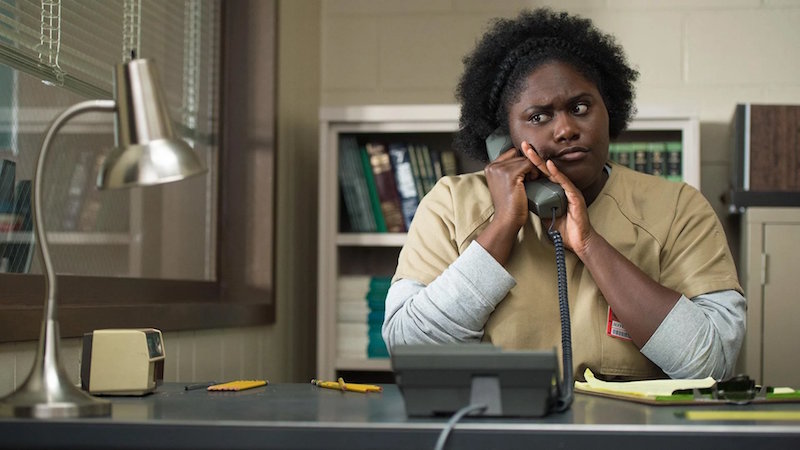 Political movements are not this season’s primary concern, as religion rears its head when new inmate Alison Abdullah (Amanda Stephen) and Cindy ‘Tova’ Hayes (Adrienne C Moore) become ‘West Bunk’ bunkmates. But the Muslim/Jewish divide soon simmers down—almost as if the writers decided they did not want to go there after all—and the two soon form a closeness which is very welcomed indeed.

Racism, however, is still a central theme to OiTNB, as long-awaited arrival of Judy King (Blair Brown) is revealed to have skeletons in her closet which are slowly exposed to throughout the course of the season. As is the theme of mental health, explored through Lolly (Lori Petty) and Sam Healy (Michael Harney). The season also continues one of the most haunting storylines of the series, as Tiffany (Taryn Manning) struggles after having been raped by Charlie (James McMenamin), whom she still grapples with feelings for. Kohan hints to the horrific culture of ‘victim-blaming’ by having Charlie suggest that what he did was not “rape” because he “loves her”, and Pennsatucky’s struggle provides a tear-jerking moment when she asks Maritza (who has taken over her old driving job alongside Coates) if he has taken her to see the ducks and for ice cream yet (the things he did before sexually assaulting her). 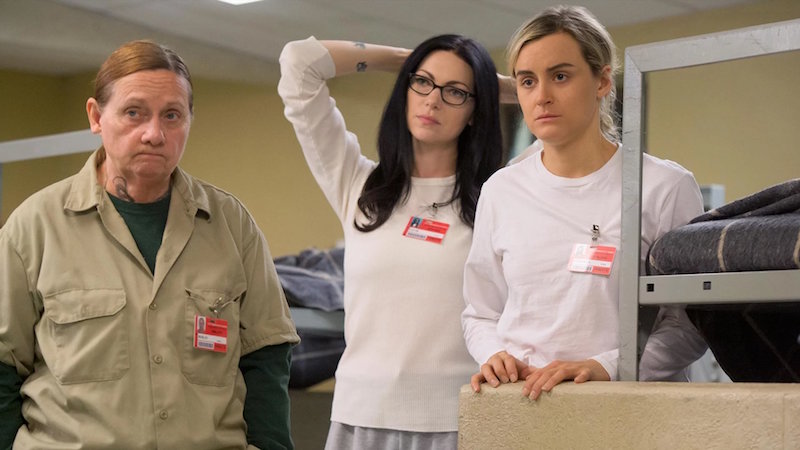 Elsewhere, Piper’s (Taylor Schilling) days as a neo-Nazi come to an end after she becomes the victim of a ‘branding’, as her small but fast rise to power over Litchfield leads to conflict with the South American Latina inmates. Visibly distraught and devastated, Piper rocking back and forth crying in her bunk is reminiscent of season 1’s Piper, who was too much a focus of the show but is now an equal part of the ensemble. Her first season vulnerability is back this year, although tempered with a confidence through experience with prison life. It allows a new relationship between Piper and Alex (Laura Prepon) to develop as Piper turns protector of a scared Alex after the murder, dismemberment, and scattered burial of Kubra’s associated Aydin, who was sent to kill Alex himself.

The flashback setup still remains a strong part of the show, with a chance for viewers to finally learn the backstory of women who’ve been around since the very beginning—like ‘Crazy Eyes’ Suzanne Warren (Uza Aduba), who has a particularly heart-wrenching story. In all honesty, it is hard to see how Orange is the New Black can continue to evolve, but, one thing is now for sure, it will aim to tackle prevalent social issues in America. It also promises to remain a very important piece of television.