Today, Peter Jackson is a household name. The New Zealand filmmaker is in the same sphere of influence as Spielberg, Lucas, and Cameron—who each left indelible marks on popular culture while pushing technology forward with their movies. But it’s fair to say Jackson’s position is shakier in 2016, as he’s yet to fully capitalise on the Oscar-winning success of Lord of the Rings (2001–03). King Kong (2005) was great but has faded from memory. The Lovely Bones (2009) underperformed and received very mixed reviews. The Hobbit prequels (2012–14) split opinion, although most agree the story didn’t warrant a trilogy. Regardless of those post-LOTR setbacks, Jackson has an assured legacy, but few realise he started off making schlocky horrors in the 1980s, or that he was responsible for one of the most underrated genre flicks of the 1990s: The Frighteners. 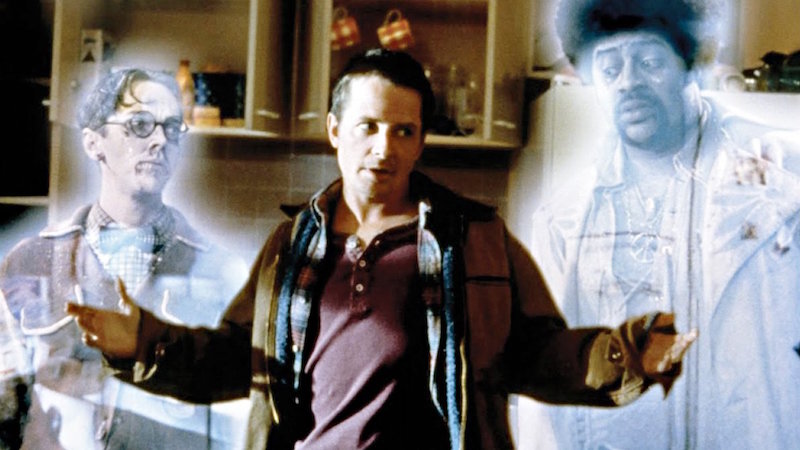 One filmmaker who’d already spotted Jackson’s talent was Robert Zemeckis. The American director had received a script treatment from Jackson and his wife/co-writer Fran Walsh in 1992, called The Frighteners, which he envisioned becoming one of the Tales From the Crypt movies he was producing. The film concerned a psychic medium, Frank Bannister, who stages hauntings with the help of two ghosts he’s befriended, then arrives to provide an easy exorcism. Unfortunately, Frank’s scheme is complicated when a malevolent spirit, resembling the legendary Grim Reaper, arrives in town and starts a murder spree.

By 1994 it had been decided to make The Frighteners a separate project for Jackson to direct for Universal Pictures, marking his US debut. A budget of $26 million was set by the studio, with Jackson and Zemeckis receiving full creative control and final cut privilege. 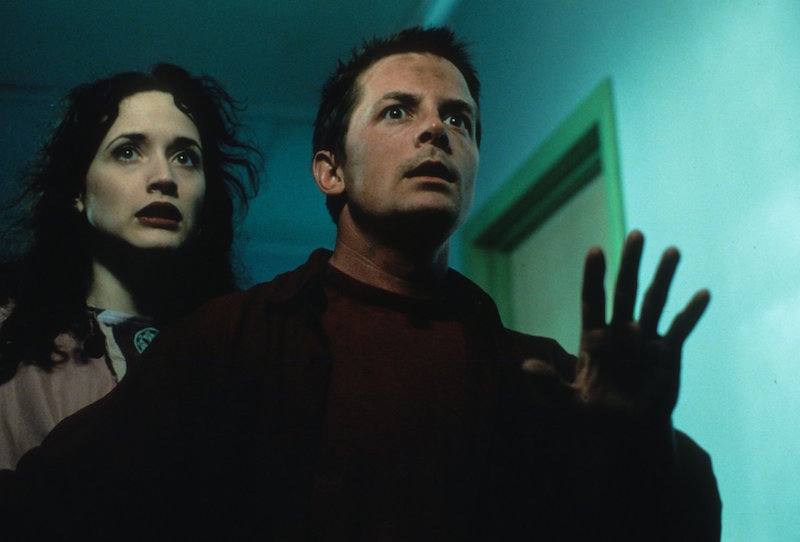 Asking a favour of his Back to the Future star Michael J. Fox, Zemeckis was instrumental in getting the actor to play the lead ghost-hunter, and move to New Zealand to begin filming The Frighteners on 14 May until 14 November 1995. Jackson insisted on shooting the whole movie in New Zealand, to prove his homeland could compete with big Hollywood productions, and Universal agreed on the understanding he could find areas of Wellington that resembled the American midwest.

Weta Digital, a company founded in ’93 to work on Heavenly Creatures, were tasked with creating The Frighteners’ many visual effects. While they subcontracted some work to Pixel Perfect, and had assistance from ILM’s Wes Takahashi (thanks to Zemeckis), the majority of the work was handled by just 15 animators and 35 workstations at Weta. This was an astonishing and stressful achievement, given the company had such little experience with computer generated imagery. The Frighteners ended up being one of the most CG-heavy projects of the mid-’90s, requiring 18 months to complete post-production. It was a baptism of fire, and quite astonishing to think Weta had become one of the dominant digital effects companies by the time the third LOTR film was released seven years later. 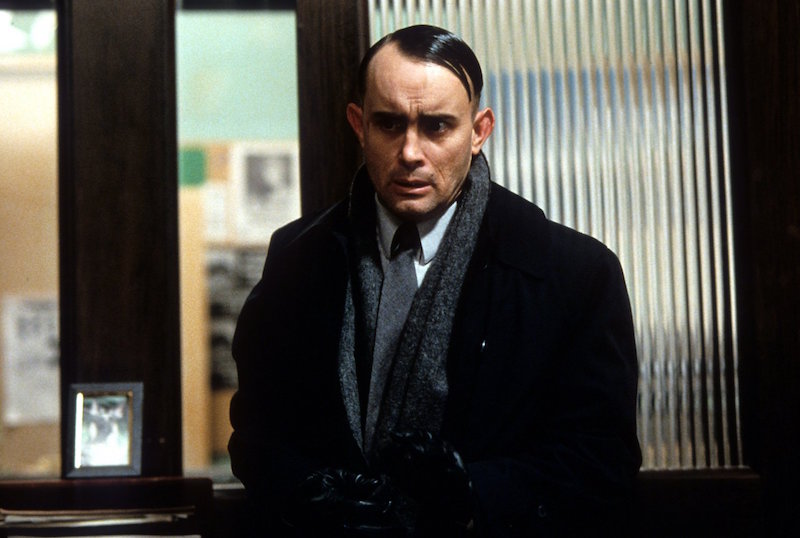 Scheduled for a Halloween 1996 release, Universal were so pleased after seeing a rough cut that The Frighteners was instead granted a prime summer slot: 19 July. Jackson was even offered his dream job—to remake his childhood favourite King Kong—although a certain trilogy authored by J.R.R Tolkien delayed this project for the next decade.

Unfortunately, despite Universal’s confidence in The Frighteners, the film debuted at the US box office in fifth place after grossing just $5.5 million. Hurt by the summer behemoth of Independence Day, limiting its audience with an R rating, it would eventually make a narrow profit with $29 million at the global box office. The reviews were mixed but largely positive, although some critics thought it was a step backwards after the human drama of Heavenly Creatures suggested Jackson was ‘maturing’ as a filmmaker. In fact, he was just flexing his creative muscles on a bigger canvas, ready to combine both disciplines on the LOTR trilogy. 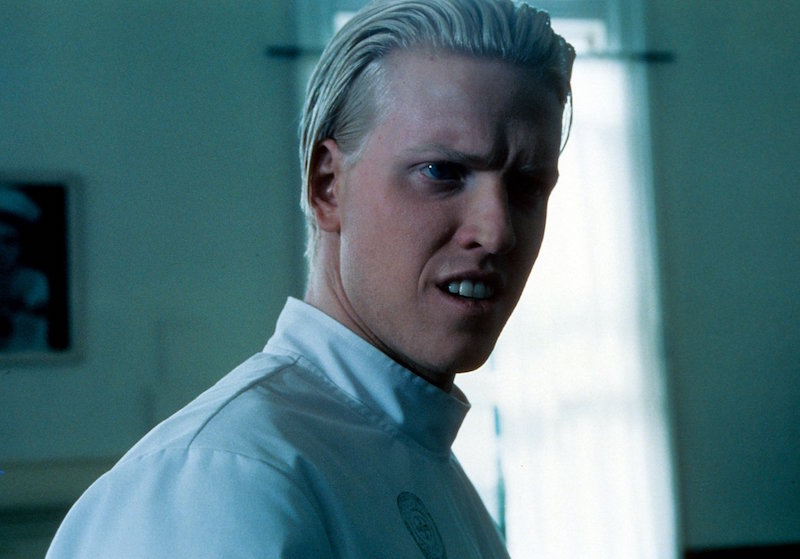 20 years later, The Frighteners has developed a cult following and, for me, ranks as one of Peter Jackson’s most important films. It bridges the gap between his indie roots and the big-budget blockbusters he’s become synonymous with. Just look at the off-kilter casting, which has both the mainstream appeal of Back to the Future star Michael J. Fox mixing it up with cult legend Jeffrey Combs from Re-Animator.

The Frighteners is very idiosyncratic and unlike anything Hollywood was doing at the time, and there are plenty of fun nods to Jackson’s past and future. The climactic set-piece, with E.T’s Dee Wallace Stone stalking a psychiatric hospital with a shotgun, is eerily similar to a scene from Meet the Feebles, while the film’s digital phantom ‘The Soul Collector’ is a very obvious precursor to the Ringwraiths of LOTR. The Frighteners also marked the last live-action movie role for Michael J. Fox, as the actor’s Parkinson’s disease, and a desire to spend more time with his family, saw him return to television.

It may be largely forgotten about today, but horror-comedy fans unaware of Jackson’s transitional movie (going from low to big budget) could do worse than watch the smart, edgy, very invigorating Frighteners. It’s arguably the best Ghostbusters sequel we ever got…

10 Highlights of the 2019 Sundance Film Festival