I was glad this episode gave us a taste of the spirit and twisted humour of the comic books, even though it was still dialled down. The opening sequence was a much-needed jolt to the system, of a show that’s wisely trying to flesh out these characters and universe, but simultaneously losing a lot of the feisty madness fans have been expecting. Plus, we even got some clear answers—although nothing fans won’t have known already—like exactly what’s inside Jesse (Dominic Cooper) head, and who exactly Fiore (Tom Brooke) and DeBlanc (Anatol Yusef) are.

The entity inside this Texan preacher is ‘Genesis’, the offspring of a demon and angel who fell in love, and Fiore and DeBlanc are two angels entrusted with keeping it safe. Sadly, Genesis escaped and the angels broke protocol to travel to Earth to try and recapture it, chased by a Seraphim—essentially a higher angel who values order. These explanations fuelled the first 10-minutes or so, as Jesse used his ‘Voice’ on the angels to get answers and was then dragged into a crazy situation involving an unassuming female diner (actually a disguised Seraphim), who kept coming after Fiore, DeBlanc and Jesse like Preacher’s version of a pint-sized Terminator. She could be killed, but, like her fellow angels, this only resulted in her returning with a replicated body—leaving her dead corpse behind. A weird quirk that led to a great deal of blood-splattered fun back at the Sundown Motel, which soon became the scene of a massacre in an extended fight between Jesse, the angels, and the seraphim sent to bring them back. Bodies piled up, walls were covered in blood, and the arrival of Cassidy (Joe Gilgun) only added to the slapstick chaos. 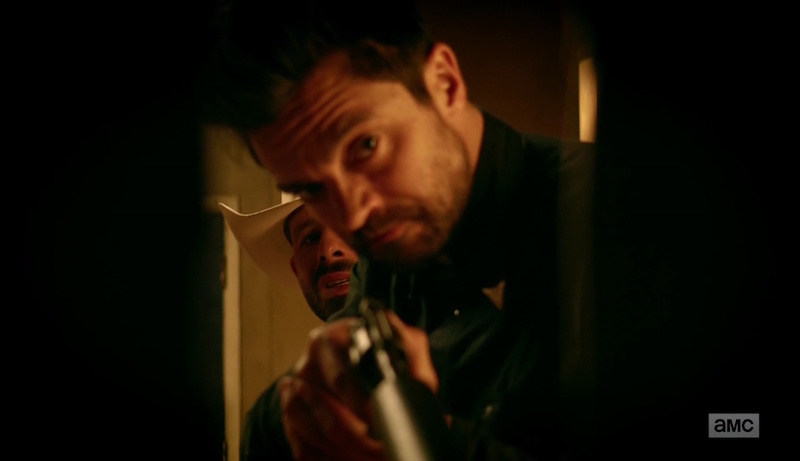 Preacher has given us a few scenes that stuck closer to the comic book’s flavour (Cassidy’s passenger jet fight; the church chain saw brawl), and this motel melee can be added to the count. It was a lot of fun, and exactly what the show needed right about now, not least because it means Jesse’s now fully aware he’s involved in supernatural business way above his head, but it’s also plausible he’s not keen to relinquish Genesis—believing, rightly or wrongly, that God doesn’t make mistakes and he’s been granted this gift for a reason even Fiore and DeBlanc can’t hope to fathom. It also helps that Genesis and the specifics of these angels is a much stronger shift into ‘comic book’ territory than the show’s felt up until now, which is a problem for a show adapting a very popular comic.

The rest of “Sundowner” was closer to the usual tone of the show, however, but that’s not necessarily to its discredit. I still think Preacher needs to be more vigorous and crazier to feel worthy of its name, but I also appreciate how the writers are trying to go deeper with a few things. The story arc for Eugene (Ian Colletti) as ‘Arseface’ was particularly good, in that it avoided an obvious direction. Here, Eugene’s hesitantly starting to enjoy life as a normal kid, now that Jesse’s apparently used his gift to ensure the people in his life treat him normally and with respect. I was poised for Eugene to suddenly realise people were only pretending to suddenly accept him, especially when a few of them took Eugene down into an empty metal tunnel to play with fireworks, but the story didn’t go down such an obvious path. Instead, Eugene himself simply realised there’s a falsehood to everything that doesn’t feel right, and that his own guilt means it’s harder for him to accept forgiveness in this form—when it’s not truly coming from people’s hearts. 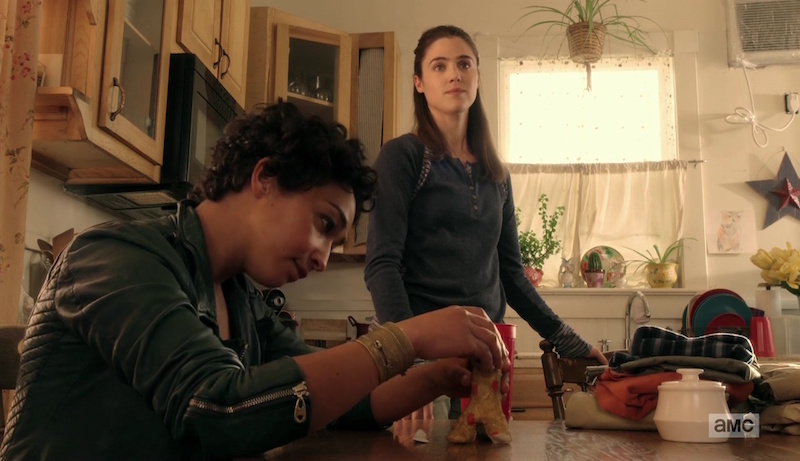 Jesse, understandably, was a bit upset Eugene appeared to be throwing everything he’s done back in his face—the first evidence that his ‘Voice’ perhaps won’t cure all society’s ills—and this led to the surprising development where Jesse lost his temper and accidentally send Eugene to Hell. Literally, it seems. Can Jesse undo what’s happened? It’s hard to see how, given the limitations of his power (Eugene isn’t around to be ordered back). Perhaps the show is edging towards the idea of Jesse, Tulip (Ruth Negga) and Cassidy going on a road trip not to find God (for now), but to enter Hell and get Eugene back? I just don’t think the show’s quite at a level when such a left-field development would be swallowed by non-comic book fans.

Elsewhere, it was good to see the show move towards the idea that Tulip and Emily (Lucy Griffiths) can be friends, after worrying me with a scene that appeared to suggest the opposite could happen. It wouldn’t make much sense, or seem very fair, if Tulip took against such an obviously nice and decent person like Emily. I just wonder who’s going to influence who in this relationship. Can Tulip be trained into being a normal, everyday person? Or will Emily get a taste for the reckless, dangerous lifestyle Tulip thinks is the norm? 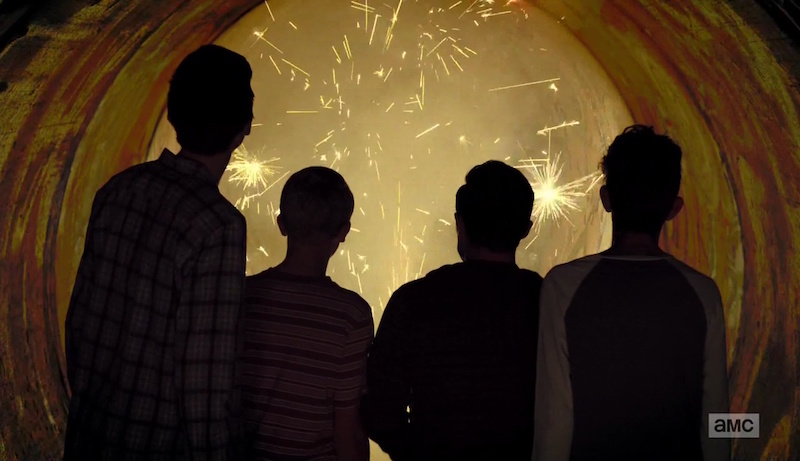 The situation with Tulip and Cassidy was also returned to, and I was pleased Cassidy’s already realised his potential girlfriend is his new best friend’s ex. It’s not the most original of love triangles to use, but we’ll see how it progresses and who chooses who. But right now it seems like Tulip sees Cassidy as a notch on her bedpost, still keen on rekindling her romance with Jesse, while Cassidy’s going to fall deeper in love and risk destroying a blossoming friendship.

Overall, “Sundowner” wasn’t strong enough for me to rethink my whole opinion of Preacher (which still has problems striking the right balance between the source material and the limitations of broadcast TV), but it was a notable step in the right direction. A big set-piece, some firm answers, and a surprise development with Eugene that almost paints Jesse as the villain he’s struggling to move beyond. The show has a long way to go before it becomes the must-see I was excited for, but this was a start.