I love how Better Call Saul fleshes out its own narrative, with glimpses of the past that inform the future (which is also, slightly confusingly, the past to fans of Breaking Bad). The opening of “Rebecca” answered the obvious question the title provokes, with a lovely vignette set during the time Jimmy (Bob Odenkirk) was working in the mailroom of HHM, as he was invited for dinner at his brother Chuck’s (Michael McKean) and his wife, the eponymous violinist Rebecca (Ann Cusack). Naturally, a further question was left to swirl around our heads during all these scenes: where is Rebecca McGill now? I suspect we’ll get the answer before the season’s over, but one presumes it’s a further reason for Chuck’s dislike of his brother. Did Jimmy split them up, intentionally or not? Did Rebecca die? Was she perhaps even killed? Did this trauma result in Chuck’s mental breakdown?

Putting all that aside for now, the teaser—which cleverly wrong-footed us over its chronology, because Chuck’s house was devoid of light merely to set a mood—was one of this hour’s highlights. And it further illustrated the differences between Chuck and Jimmy, and why they don’t often see eye-to-eye. While Chuck prepared his wife for a likely social disaster (even agreeing a non-verbal signal to end the evening early), Jimmy proved to be everything Chuck isn’t: personable and funny.

Chuck may have sat at the table wincing over his brother’s cheesy ‘lawyer jokes’, but to his eternal confusion Rebecca was openly laughing and had a great evening—perhaps because Jimmy lacks her husband’s sour pretension, and wasn’t even embarrassed about his humble existence dealing with the office photocopier. He’s just Jimmy, and people like Jimmy. Even when Chuck decided to tell his own lawyer joke in bed later that night, his attempt to ‘be more like Jimmy’ and please his wife fell on deaf ears. The shot of Chuck and Rebecca sat on opposite edges of their bed a clear sign their marriage lacks romance and passion.

Is it possible we’ll even discover that Rebecca had a fling with Jimmy? 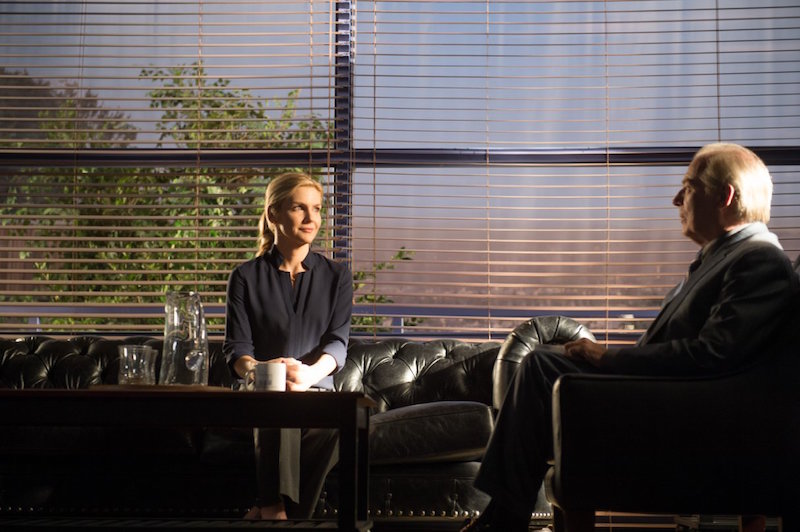 Interestingly, the opening flashback that gave this episode its title wasn’t where the core of this week’s story lay. It was more about seeing Jimmy and Kim (Rhea Seehorn) dealing with the constraints forces upon them by Howard Hamlin (Patrick Fabian): Jimmy is now being minded by a second-year associate called Erin (Jessie Ennis), who’s a goodie two-shoes sent to ensure he works by-the-book; and Kim tried to escape the doldrums of document review in the basement by using her work breaks to try and snare a big new client, thus earning herself a return to less demeaning work. It remains to be seen what kind of impact Erin will have on Jimmy’s daily life, as the embodiment of a conscience sat on his shoulder trying to keep him on the straight-and-narrow, but we did get some answers when it came to Kim.

Unexpectedly, even after managing to land a quarter-million dollar client for HHM, to the pleasure of Howard and Chuck, it wasn’t enough to get her back in their good books. Still stuck in purgatory away from sight, it seems Howard really was unusually angered by Kim’s relatively minor misstep in not bringing Jimmy’s TV commercial to his attention. It actually strikes me as weird overreaction. I’m not sure I really accept Kim deserves this kind of punishment, but perhaps you disagree? It seems more like something the story has to do, but never quite found a great way for Kim to fall out of favour with her boss.

Still, this episode gave Rhea Seehorn a rare turn in the spotlight, and the crushing blow she was dealt definitely connected with me—mainly because you felt her quiet pain after so many montages of her toiling away with scribbled Post-Its to a window in the stairwell, trying desperately to get her career back on track. 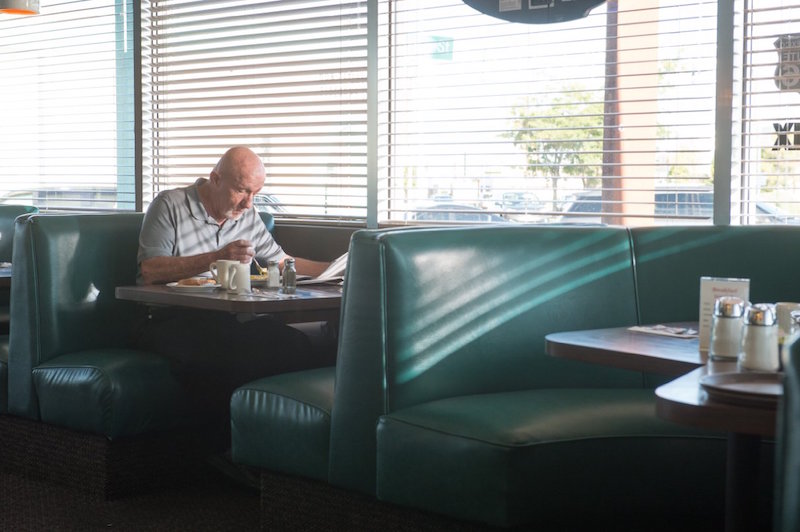 One of the best scene of “Rebecca” was when Chuck came to HHM very early in the morning, when the security personnel turn off the building’s electricity to enable him to work until the firm officially opens. After bumping into Kim (who was working ridiculously late), they shared an interesting during which Chuck gave a monologue about his past growing up with Jimmy. And it was yet another insight into why he distrusts Jimmy so much, which seem to just keep on coming! We discovered (if Chuck’s side of this story is to be believed) that their father, a pillar of the community who ran a corner store, died six months after Chuck discovered that Jimmy had been secretly stealing a total of $14,000 from the family business over a number of years. Chuck doesn’t believe Jimmy’s a bad person, but he has decades of experience with his brother and, understandably, thinks Jimmy just has a habit of doing the wrong thing and forcing his friends and family to pick up the pieces. It’s hard to disagree, when you consider what Jimmy’s future has in store.

After last week’s focus on Mike (Jonathan Banks), it was understandable there was much less of him this week—so his scenes largely amounting to an update on the status of his face (less swollen, now purple), and his family (they’ve moved to a nicer part of town, with a pool for his granddaughter to swim in). Things seem good, until the episode’s final moments delivered a new complication that will have pleased Breaking Bad fans: the arrival of Hector Salamanca (Mark Margolis), uncle of drug-dealer Tuco, with an offer for Mike to change his story about the incident with his nephew so Tuco’s released from prison early.

I’m not sure where this is all heading, but foreknowledge suggests Mike could be the reason Hector winds up in his infamous wheelchair, right?

Written By
Dan Owen
More from Dan Owen
In a world where mutants exist and are discriminated against, two groups...
Read More