Whether it’s the intense psychological drama of films like Sean Durkin’s underrated chiller Martha Marcy May Marlene (2011), or the hilarious satire of irresistible Netflix comedy Unbreakable Kimmy Schmidt, cultish secluded communities under the spell of charismatic, despotic, and most likely polygamist patriarchs, have become a popular setting for exploring the human condition.

Australian filmmaker Ariel Kleiman joins the trend with his impressive feature debut Partisan; a disturbing tale of psychological manipulation that gets under your skin with its glacial pace, building a relentless tension and keeping you guessing about where it’s headed. Yet its incredibly affecting, subtly revelatory final scene is destined to equally fill you with giddiness and strike you with inconsolable frustration, despite being one of the greatest final scenes (and shots) I’ve seen recently. 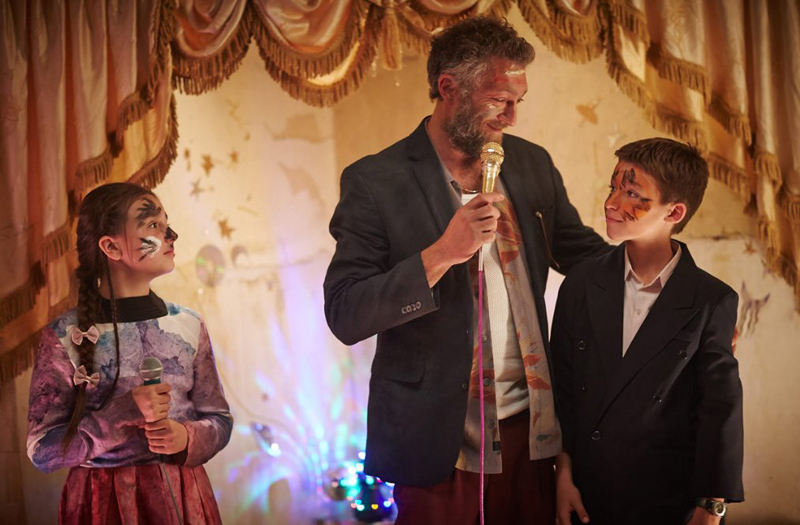 After all, Kleiman is uncompromisingly honest from the get-go, making it evident how he’s not taking us on the average Hollywood journey where things are often spelled out and the story’s epilogue wrapped with a tight bow of neatness. To some, that might be off-putting and dismissed as vagueness, but if you loathe being spoon-fed information and love deconstructing, pondering, and figuring out what a film is trying to communicate, then you’re in for a treat with Partisan.

Set in a world that manages to be detailed in its peculiarity, despite lacking definition of time and place, the story follows Alexander (outstanding newcomer Jeremy Chabriel), the 11-year-old eldest boy in the secluded commune of patriarch Gregori (Vincent Cassel), a scruffy charmer who’s attracted several women to become part of a bunker-like society of apparent utopian heaven.

A short prologue shows Gregori visiting a rundown hospital where women have given birth and approaching the only one with no man by her side, Susanna (Florence Mezzara), Alexander’s mother, who’s cradling her newborn. A brief, warm exchange immediately gives us a sense of this man’s seductive ability and that’s all we need to see as the story flash-forwards to the now pre-teen Alexander rushing back to the commune after an “errand” in the outside world. 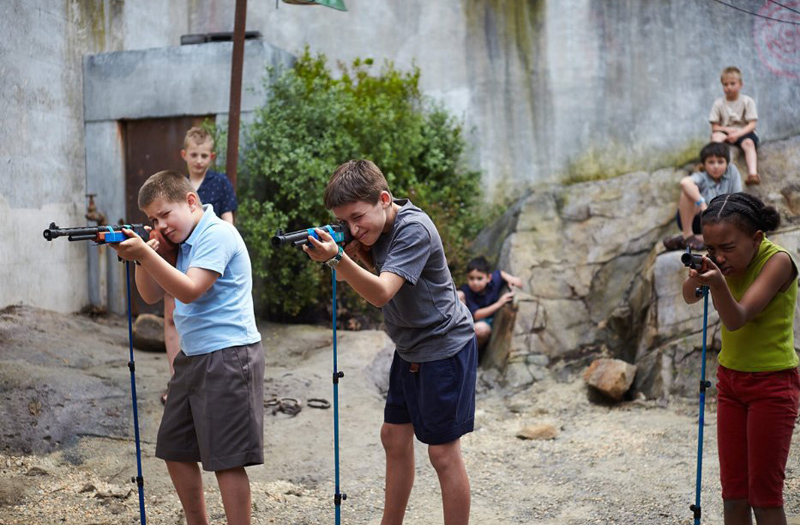 A few brushes perfectly paint the picture of this enclosed life we’re about to witness, as Alexander walks through a hidden passage to reach a small hallway where he hangs his blue backpack in the only empty spot, in the midst of numerous identical bags hanging from the wall. It’s the first hint at the homogenising nature of the environment this boy’s been raised in. The rest easily unfolds before our eyes as Alexander finds his way home through the premises.

It’s a decadent facility that almost feels like a tiny, old-fashioned countryside town with a small piazza equipped with a fountain. In reality, it’s more like a worn-down apartment building up a mountain (or a hill), furnished and decorated with scraps collected here and there, just like a post-apocalyptic shelter of sorts. And that’s also the feeling we get from the little we’re shown of the outside world, where buildings look scorched and nature looks bleak. But the filmmakers purposely avoid any clear reference to where we are, and what’s the context, as the story’s merely focused on the isolation of the commune.

One could easily make assumptions based on the film’s title, the name of Cassel’s character, or the fact that all exteriors were shot in the former Soviet republic of Georgia (as opposed to the interiors filmed in the director’s native Australia). However, whether the setting is some poor, war-torn country in present day, or a post-apocalyptic scenario in an unspecified future, it doesn’t really matter much as Partisan uses its dystopian vibe to reflect on what makes us who we are in relation to our upbringing and the society we live in. 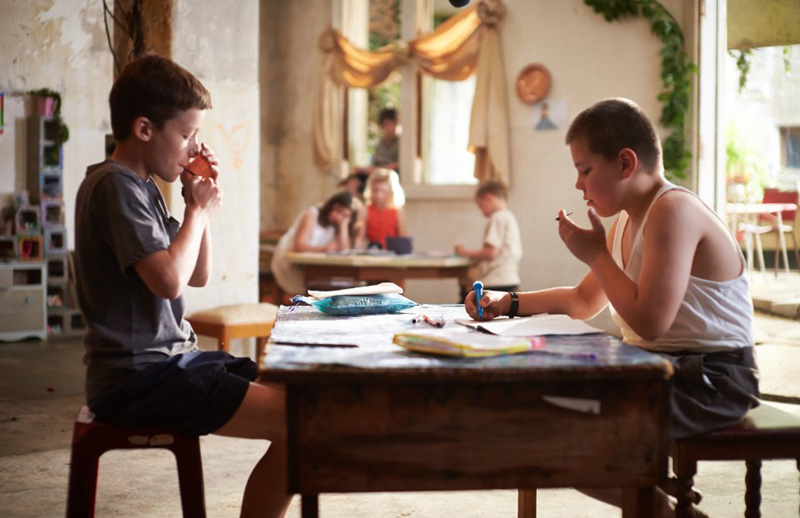 Gregori claims to have created a peaceful oasis, estranged from the violence and brutality of the world and yet, what he does with these kids (whether he’s actually their father or raised them as his own) is to train them into becoming cold-blooded assassins that carry out killings in the outside world on his behalf. The nature of these murders on commission, or the reasons behind them, remain shrouded in mystery, but it’s obvious they’re key to some shady business he conducts in order to keep his supposed safe heaven afloat.

The wonderful Oscar Isaac was set to play the disturbing Gregori, and though the rising star would’ve surely had an interesting take on the character, it’s hard to imagine anyone else embodying Gregori as effectively as Cassel. This is a complex character that genuinely loves these women and children, and wants to protect them, and yet you immediately read something darker brewing behind his charming smile. The acclaimed French actor does an outstanding job at keeping that balance subtle; making us feel like Gregori is a ticking bomb waiting to explode, despite how he hardly loses his temper and when he does… you won’t see him lay a finger on anyone, as his most effective way to control people is with his words. 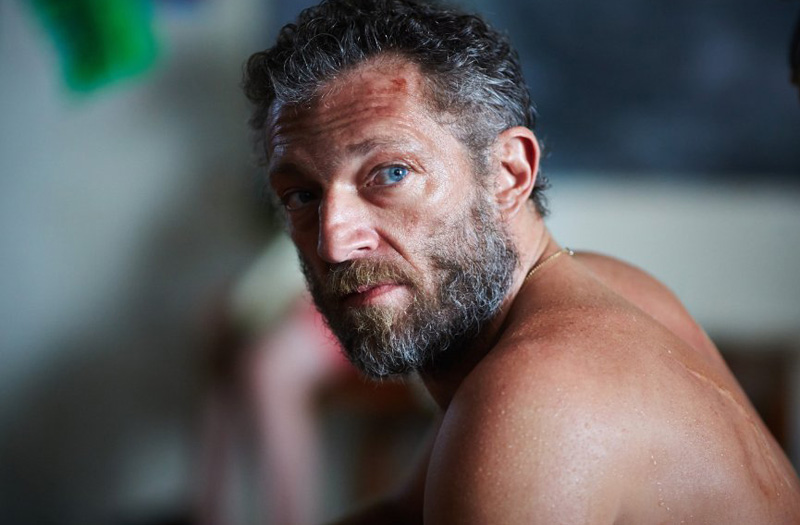 Partisan is what they call an actors’ film and Cassel’s subtlety of facial expressions and body language is strikingly matched by his co-star and story-opponent, Jeremy Chabriel, whose Alexander progressively antagonises Gregori as he begins to see things with his own eyes and interpret them with his own head. Alexander’s growth from innocent child to a boy coming-of-age is delivered with impressive naturalism and remarkable skills for a newcomer. His hypnotising wolf-like blue eyes are equally heartbreaking when he coldly looks at people he’s about to shoot dead and when lovingly watching over his mother.

The Aussie writer-director undoubtedly announces himself as a filmmaker with the vision and personality of an auteur in the making. Aside from remarkable command of mood and tone, crafting this disturbing world so vividly, his biggest merit is the confident way he leads the cast, which is pivotal for this story to feel authentic and compelling. The rest comes from the tight script, that uses a suspended-in-time atmosphere and lack of specificity of the world as its greatest asset, to raise philosophical questions that feel very timely.

Partisan debuted at last year’s Sundance Film Festival, where Kleiman also showcased his short films and won awards for them. He writes his projects with girlfriend and longtime collaborator Sarah Cyngler, and that has clearly proved to be a successful partnership so far, which only makes us excited for whatever they do together next.